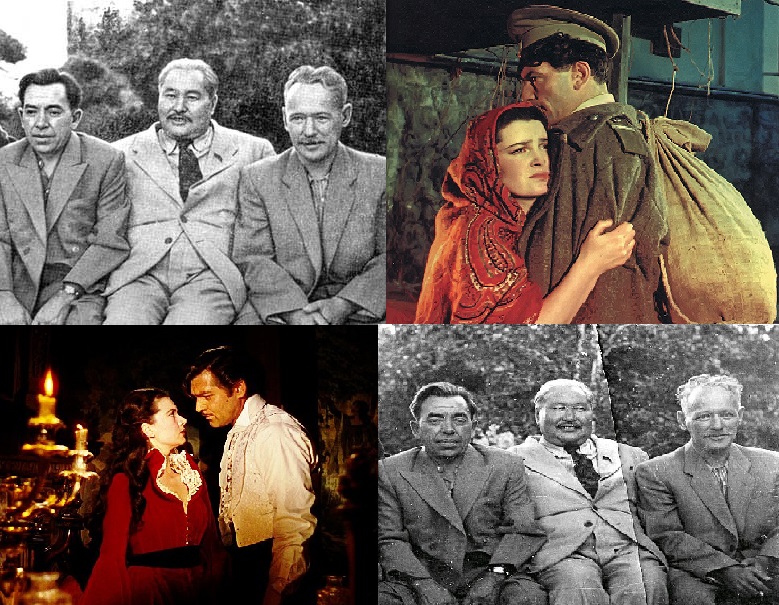 Is unlikely that anyone would argue with the statement that "The Quiet Don" by Mikhail Sholokhov - perhaps the main book in Russian literature of the 20th century. Although, perhaps, rather to say - Soviet, and then the need for naming numbers disappear. But on the question of authorship, the so-called "Sholokhov issue" - everyone has an opinion. Literature knows still two issues to resolve that, unfortunately, neither the researchers nor the more we will not be able to. Of course, this "Homeric" and "Shakespeare" questions. But those issues - far from us, although important (and perhaps already not), but the question of whether he could write Sholokhov "Quiet Don" in the twenties - the closest. Soviet literature provide readers with extensive material on this subject, but we want to appeal to the author, are close to us and to our time - Dmitry Bykov. His, we will build and further analysis of Sholokhov's novel, as its interpretation - one of the most interesting we have ever heard. There is Annensky version that Sholokhov tweaked heavily biography, and I believe that he was twenty-eight years. At twenty-eight years old could write "The Quiet Don" absolutely no problem. Do you know that Tolstoy was thirty-three when he wrote "War and Peace" - not that it is large difference - and then, as we say it? "It is impossible to write such a work" - and what's so special about it? In the its base is the reception put a very primitive - the hero is torn between red and white, and it imposed on his throwing between his wife and mistress. Very simple and very constructive, and it is a children's scheme. When he wrote the life of the nobility - it is clear that he did not know absolutely; when the agony - felt that yes, I saw a man; landscape - too. <...> Here, you see, it is clear - the young author wrote, and Viktor Astafjev's exactly it proves to write such a book, a physiological need youth. There is in the world literature, according to Dmitry Bykov, another novel written at the same time with the "Quiet Don" and incredibly like him - is "Gone with the Wind" by Margaret Mitchell. And Sholokhov, and Mitchell wrote that was well known, their novels are built on the same scheme is quite simple - love against the backdrop of historical catastrophe. Scarlett and Rhett Butler Aksinia - Grigory even similar in appearance - in novels, and in the film adaptations. One can agree with this, but you can bet - in any case, an interesting observation. But what novels are categorically different from each other, so it's your promise, which becomes clear when you close the last page. Mitchell southerners have lost the war, but their culture, their national identity has remained untouched, and only grew from that. Sholokhov leaves to his readers hope for a happy ending, says Bykov: "These people are not united by anything, he throws with equal willingness to destroy one another, he has no moral bearings." To summarize: the heroes of Sholokhov and the war is not won and lost "their identity." And that's why all this happened and whether it was possible to avoid this - a separate issue. "The Quiet Don" Sholokhov, like "Poem Without a Hero" by Anna Akhmatova tells us about the terrible but necessary truth - the war is a result of the sins of each of us. War - it is inevitable retribution. Gregory and Aksinia - pay for adultery - because it is here that begins the novel, and around it and tied all the action,  you never know each of the people of sin? Scarlett is left alone, but she knows for sure - she has Tara, and she will return your loved one, come what may. She - the embodiment of a new world, a world which is invincible, and we feel his strength, closing is "Gone with the Wind." Sholokhov's product is much darker: despite the fact that Gregory was his son, he feels the emptiness and futility of the whole struggle that he led and thousands of other people: "Well, it came true, and what little about sleepless nights Gregory dreamed. He stood at the gate of his home, was holding his son ... It was all that was left in his life that still links him to the ground and with all this great shining sun in the cold world."

After the publication of the novel a huge number of imitations, bad and not very good, but what is more important, "The Quiet Don" has helped to open up several talented young authors.Among them - the Kazakh-Cossack writer Ivan Shukhov, who in his first novel "The sad Line" told about the life of the Siberian Cossacks, adjacent to the Kazakh auls. Ivan Shukhov not just read Sholokhov,  knew him well, and because of it found its way into literature. Sholokhov - Don Cossack, I firmly tied himself to the topic of the Siberian Cossacks in the storm and beautiful years of the revolution. I consider myself lucky - close, direct contact with Sholokhov at the beginning of my writing the biography in many ways helped me in the literary self-determination. I remember the profound impression made me published the first chapters of "The Quiet Don". They also served as a kind of impulse to write "The sad line", which was published in 1931,  in the Russian "Federation" publishing house. Unknown writer from an unknown to many millions of people of Siberia opened its edge, with his difficult fate, wonderful people and nature, with a kind of severe beauty, unlike anything. After many years, in "Presnovski pages", he writes about his first impressions of the Kazakh aul, which will be soon for him mother: "I first saw the nomadic village, and I'm liking Privolnaya summer life ancestral our stanitsa neighbors - the peace of the steppe nomads. All, absolutely everything was new to me here. All of a sudden. Bright. It is noteworthy, unusual. Unusually. Wildly. Half-unknown. It smelled of smoke kizyak fires. Mare's milk. Sheep dung. The warm dust of the road. Wild bird feathers lake. Cow chewing gum. Dogs. Somewhere quite neighborhood with aul beat a retreat last day buried in the wilds of feather grass quail ".  The novel "The sad line", despite the proximity of Shukhov and Sholokhov, the product of a different order than the "The Quiet Don". It is more optimistic, although not as epic, it is based - other relations and conflicts. However, the "The Quiet Don" and "The sad Line" - examples of well-written novel, and in both cases, as the story of the author's skill only increases. At least in order to compare the Don and Siberian Cossacks, these books should definitely read.

Similar articles
#LITERARY NEWS
‘English Rakugo Show’ took place in Nur-Sultan
1908
#LITERARY NEWS
Astana hosts an Eurasian Literary Forum under a title “The Power of a Word in a Modern World” these days
4477
#LITERARY NEWS
It has been 93 years since the Union of Writers of Qazaqstan was established.
10536