Nightingale imago in the poetry and music of Kazakhstan 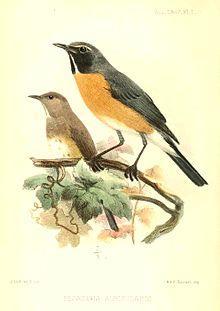 To imago Nightingale were treated by Kurmangazy in his works, by Dauletkerey and by Dina Nurpeisova therefore faithful to be appeal to its sources, especially because this topic is very interesting to explore. In the Kazakh poetry and the dombra music Nightingale imago has its own way of development, and as a consequence, its thematic field, artistic and expressive means. In a wide sense, it is almost always symbolize Nightingale as  "talent, singing gift, purity, torment and happiness of love".

Historical evidence suggests that the image of the Nightingale in Kazakh culture - the imago is comparatively new, and most likely borrowed.  And the source of this borrowing was the Turkic-Arab-Persian-speaking poetry, which had a tremendous impact on the Kazakh poetry and music (in the future), because of the many cultural and historical contacts, often - on religious grounds. Furthermore, many researchers are inclined to the more ancient roots of the imago, based on the data of folklore of Proto-Turkic and Turkic and then only after Arab-Persian-speaking literature. We are talking about the performance of "nightingale song" - "bulbulik" (from Kazakh bulbul is a nightingale) who wore ceremonial character culture of Wakhan people. MI Steblin-Kamensky recalls: "Bulbulik is a specific female folklore views. Women sing bulbulik on summer pasture Aylok where the rise in the summer with a view to harvesting dairy products. They sing them, standing on the edge of the slope, turning to face the kishlak and plugged his ears with your fingers".

In the future times, imago of the Nightingale gets full development in the Turkic-Kazakh and Arab-Persian medieval classical literature and become a symbol of oriental Eastern poetry in general. Poetry of the Eastern countries have an enormous impact on the works of the period, known poem of the young Abay, in which he listed his "teachers":

Fizuli, Shamsi, Saihanli,
Nawai, Saadi, Ferdawsi,
Khozha Hafiz - you works
is born in me a Poetry. 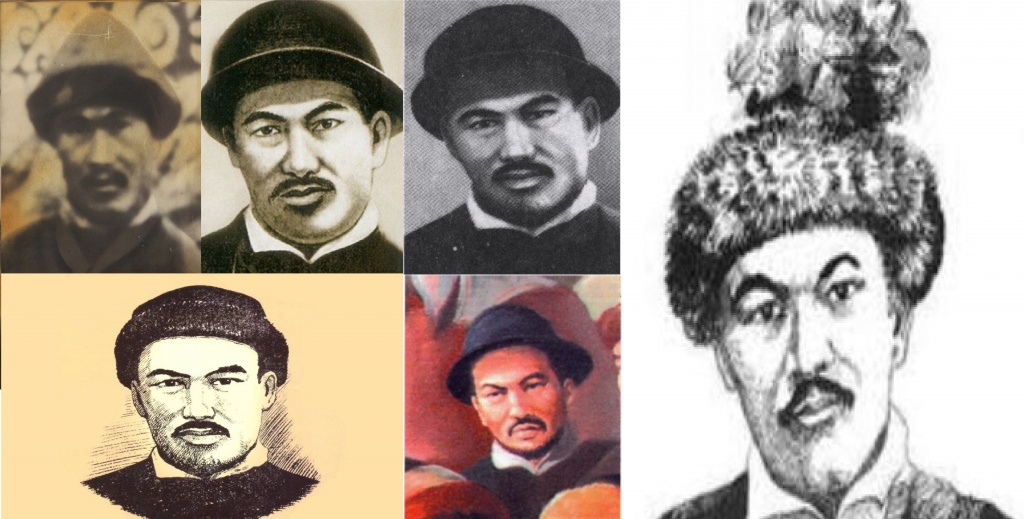 From the entire number of possible interpretations considered by us imago in poetry of the east, in the Kazakh culture "settled down" such as the identification of of the Nightingale with the personality of the poet and comparing beauty of a singer singing of the Nightingale. For example, Akan Seri ( meaning of sir or lord from Kazakh ), speaking about the beauty and the power of love, likened himself singing Nightingale:

Birzhan-Sal in one of his aitys praises the beauty of his voice, and comparing his singing withRefrain of the Nightingale:

Museke listening to my singing,
You will say that this is singing The Nightingale ... 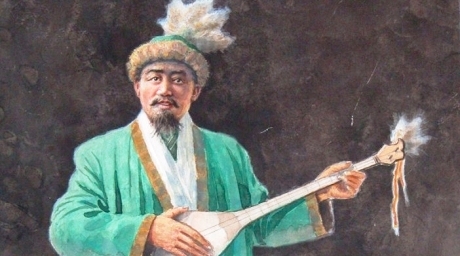 If we go further, then from Kasim Amanzholov's work we can find  interesting for us example: the traditional interpretation of imago of the poet and his beloved:

Oh, my red rose,
Sway amidst dense of foliage.
And listen to the song of the Nightingale,
And have fun of that song.

Open up the petals of your own,
And spread up with the aroma of subtle!
Let The Nightingale exhausted from love,
Sing and thrill. 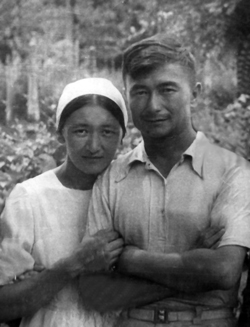 Turning to music, namely - to creativity of Kurmangazy and Dina Nurpeisova, we can say the following: Kurmangazy, unlike many kuishi of that time, creating through music imago of the Nightingale, was not limited to a simple onomatopoeia him, and sought a deeper and complete its implementation. Following his teacher and Dina Nurpeisova subordinated musical structure of her own artwork psychological and philosophical depth, she saw the imago of the Nightingale. Passing come a long way of formation and development, it is in the 18-19 centuries have been fully mastered as a society, and musical practice. And thanks to the mastery of poets and musicians imago came from oriental Eastern poetry and who had some victuals traits became deeply national, allowing them to acquire universal human creations span.