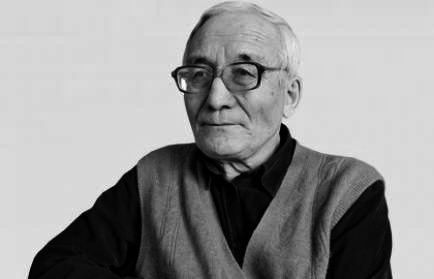 A worthy representative of the Kazakh people, a well-known historian, scientist and public figure Zardyhan Kinayatuly died today, 23 November 2016. For the history of the Kazakh, Kazakh spirituality and history of Kazakhstan in general - is an irreparable loss.

Zardyhan Kinayatuly graduated from the Mongolian State University and the Moscow Academy of Social Sciences, he spent his adult life dedicated to science and public activities.

From 1975 to 1987 he worked as secretary of the Central Committee of the Mongolian Trade Unions.

1990-1992 he was deputy head of the government (Vice-Prime) of Mongolia and Deputy Chairman of the Parliament of Mongolia.

He was one of the authors of accepted January 13, 1992 (after the communist regime) new Сonstitution of Mongolia, political and economic reformist in that country. He also served as consul of Mongolia in Tashkent.

To Kazakhstan Zardyhan Kinayatuly moved in 1994 to the end of his life devoted himself to scientific activity at the Institute of History and Ethnology named after Chokan Valikhanov. He was a specialist in the field of ancient and medieval history of Kazakhstan, was engaged in research the history of the nomads. He has written numerous books on medieval history of steppes. Doctor of Historical Sciences, Professor Zardyhan Kinayatuly over the years, has written many scientific-research and historical books, it may be noted from among them: "Zhylagan zhyldar shezhіresі" (Shezhire of howling years), "Mongoliyadagy qazaqtar" (Kazakhs of Mongolia), "Mongol үstіrtіn meken etken songy turk taypalary" (last Turkic tribes in the Mongolian Plateau), "Koshpendіlіk gumyr" (nomadic lifestyle existence), introduced an invaluable contribution to the strengthening of the nation's spirituality. In these writings are precisely traced his deep knowledge, high intellectual level, life according to the principle "temіrqazyq zhastanu" (to die on the way to the goal).

In those days, in the 90s, when the "Qazaq Eli" regained its independence, he exchanged high-ranking positions proposed by the Mongolian authorities in order to engage in scientific activities and work for the benefit of the people - it is probably that, when what can do a person with a big heart and infinite love for his people. The people called Zardyhan Kinayatuly reverentially - "Zaqan". Political and scientific opinions, uttered by him and inherent to him empathetic consciousness has always been ever at the center of attention among the Kazakh and Russian-speaking audience, all this can be seen in interviews, which gave a scientist and politician.

In interviews he gave, in publications, and a variety of materials on the Internet, it is impossible not to notice immediately that Zaqan was not one of those who mumbles, and always spoke directly and openly with regards to any issues. Although Zardyhan Kinayatuly was a public person, and held senior official posts, the people remembered him as a man who lived a simple and humble life, probably the whole thing in his noble upbringing. There is such a Kazakh proverb "Tegіmdі menin surasan, qalyn Naiman nuynan" (If thou shalt ask about my birth blood lineage , I'm out of the dense forests of  Naimans) and Zardyhan Kinayatuly was the representative of this genus, or to be more precise, genus Naiman-subgenus-Qarakerey- Aqnayman. Zaқaң related grandnephew to the famous personality in the history of the Kazakhs of Mongolia Qylan Kanzhygalyuly.

Undoubtedly, the fact that the light image of Zardyhan Kinayatuly will remain in the heart and among the eternal memory of the native people. "The literary portal" expresses its condolences to the family of the deceased.

Similar articles
#LITERARY NEWS
‘English Rakugo Show’ took place in Nur-Sultan
2416
#LITERARY NEWS
Astana hosts an Eurasian Literary Forum under a title “The Power of a Word in a Modern World” these days
7347
#LITERARY NEWS
It has been 93 years since the Union of Writers of Qazaqstan was established.
13479