Aqan-Seri Qoramsauli was born in eighteen forty-three in the village of Qoskol, now aul named after Aqan Seri Ayirtau district of the North-Kazakstan region. The real name of Aqan Seri is Aqjigit, but from childhood, he was kindly called Aqan. His well-to-do father Qoramsa was from the clan Argin Qaraul. He taught his son to an Arabic mullah at an aul mullah, and at age of thirteen, he sent Aqan to Qiziljar current Petropavl city to study at a medrese. But religious dogmas quickly got bored and he returned home but managed to learn a little Russian in the city.

Aqan had a beautiful appearance, distinguished by elegant manners and a strong pleasant voice. From his youth, he stood out as a thirst for music and poetry, and his constant participation in festivities and competitions secured him a prefix - seri (Kazak - poet-songwriter). A happy father gave him all the attributes of a prosperous steppe. He helped him to buy a young stallion named Qulager, who later became a famous horse, a puppy of a hound Bazar ala, a young golden eagle named Qaratorgai (for a year the golden eagle catches him sixty foxes) and a hunting hawk named Kokjedet (The Gray Executioner). To the glory of akyn the glory of the clever hunter was added. And soon Aqan Seri becomes known throughout the steppe. 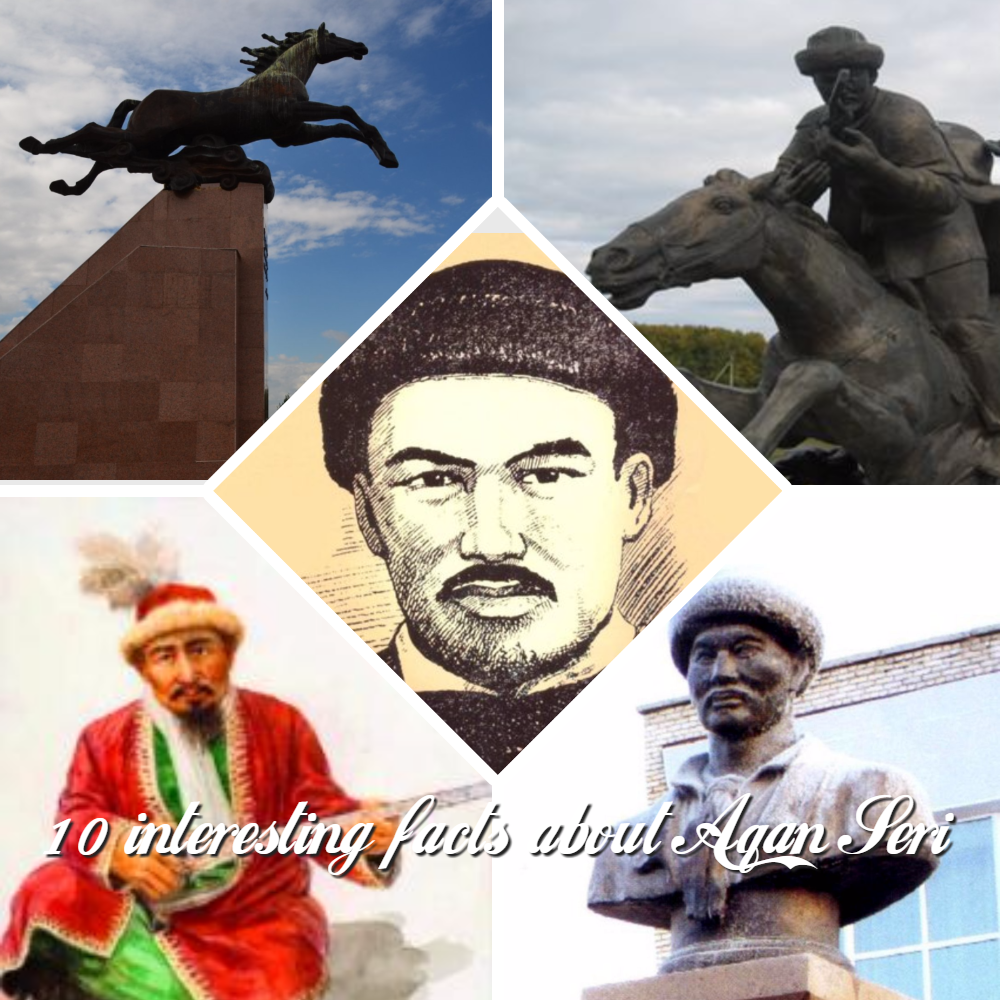 Review of the most famous works of akyn.

Jeldirme. Once a young Akhan Seri went on a long trip around the auls of the Younger Juz. There he meets the beautiful Aktokty and falls in love with her. But according to the steppe laws, she has been married for a long time to the son of a local bay. Akhan tries to kidnap her, but it's unsuccessful. Aktokty was given for unloved. In the soul of the shocked Akhan, the composer's gift has awakened, he composes a sad but light song "Zheldirme". This episode from the life of the akyn served as the basis for the story "Akhan seri - Aktokty" Gabit Musrepov, later reworked into the play "The tragedy of the poet", which firmly entered the repertoire of many Kazakh drama theaters. Famous composer Sydyk Mukhamedzhanov created the opera "Akan Sery - Aktokty".

Manmanger. In the eighteen-seventies, Akhan Sery twice married, but death took both wives. From the deep depression of the poet brought his favorite horse Kulager, which becomes widely known in Sary-Arka, winning all the riding-baiga in succession. Akyn devoted his famous song "Manmanger" to him with a gentle and gentle melody to the rhythm of the attack of the steed.

Interestingly, former Chinese leader Jiang Zemin, himself a musician, a violinist, was very fond of this, even slightly forgotten, Kazakh song. And he sang it beautifully.

Syrymbet.
But the singer is overtaken by another unsuccessful love. The beautiful Jamal, in whom Akhan fell in love, Jusup-tore's father married another, who paid a large bride price. The poet then folded his most famous song "Syrymbet" (the so-called aul, as well as hilly terrain around it). In this sad song is the bitterness of separation and the sadness of loss. 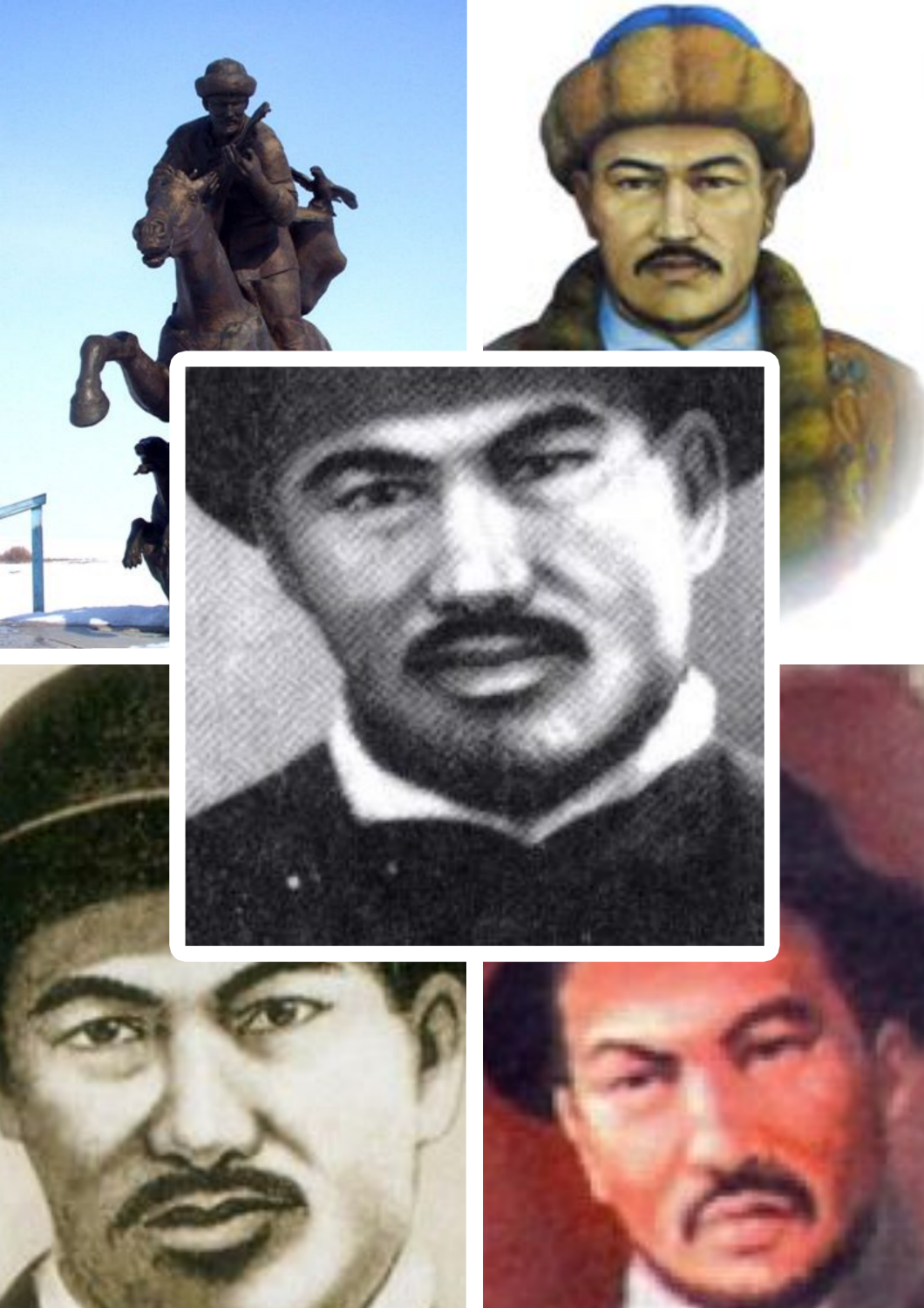 Kokzhendet and Karatorgai. Two more sad songs dedicated to the deceased favorite hunting birds of Akhan: the missing hawk Kokzhendet and the aged golden eagle Karatorga. But the lines of the songs are not only about them but also about the poet's unfulfilled love.

Balkadisha and Makpal. Lyrical songs dedicated to young girls. About their cheerful and serene youth, but also the forthcoming harsh life in marriage without love.

Qulager. "Kulager" is a sad story about the death of his beloved horse Kulager, whom the envious persons were slaughtered during the races. He was killed at the behest of the evil envious bai Batyrash, who understood that his trotter named Gray Hawk would never bypass the well-known in the whole steppe of the steed Kulager. The horse of the famous "akyn" during the 'baiga' was the first, and the steeds of the bays remained far behind. Steppe poet mourned the death of his pet in the song, which is still sung in the steppes. A monument to Kulager was recently erected in Kazakhstan.

"Kulager, you were a steed from birth,
You gave me your uncle to be fed.
And, when "Kipchak" and "Argyn" celebrated the "as-toy",
On the riding-"baiga", you were faster than all the horses.

Kulager, Tulpar's son, the eagle's child,
Twenty times you by three years, caught up with a goat,
The news that you died, the steppe forty
You read the prayer over you.

White snow falling into the night will come down in the morning,
But my, oh, Kulager, the pain will not pass.
And while I find a horse for you,
The tail of the camel will grow to the ground.

Kulager, you were in the cold in the cold and in the heat,
In days of love and secret meetings, you were with me.
Hearing that you died, I sobbed,
Fingers wove in a powerless grief with gray hair.

On the ground where you rushed - traces of hooves.
Glory was your every step in the way covered.
Easy running and neck of your maiden
Atygai and Karaul keep in the soul. " 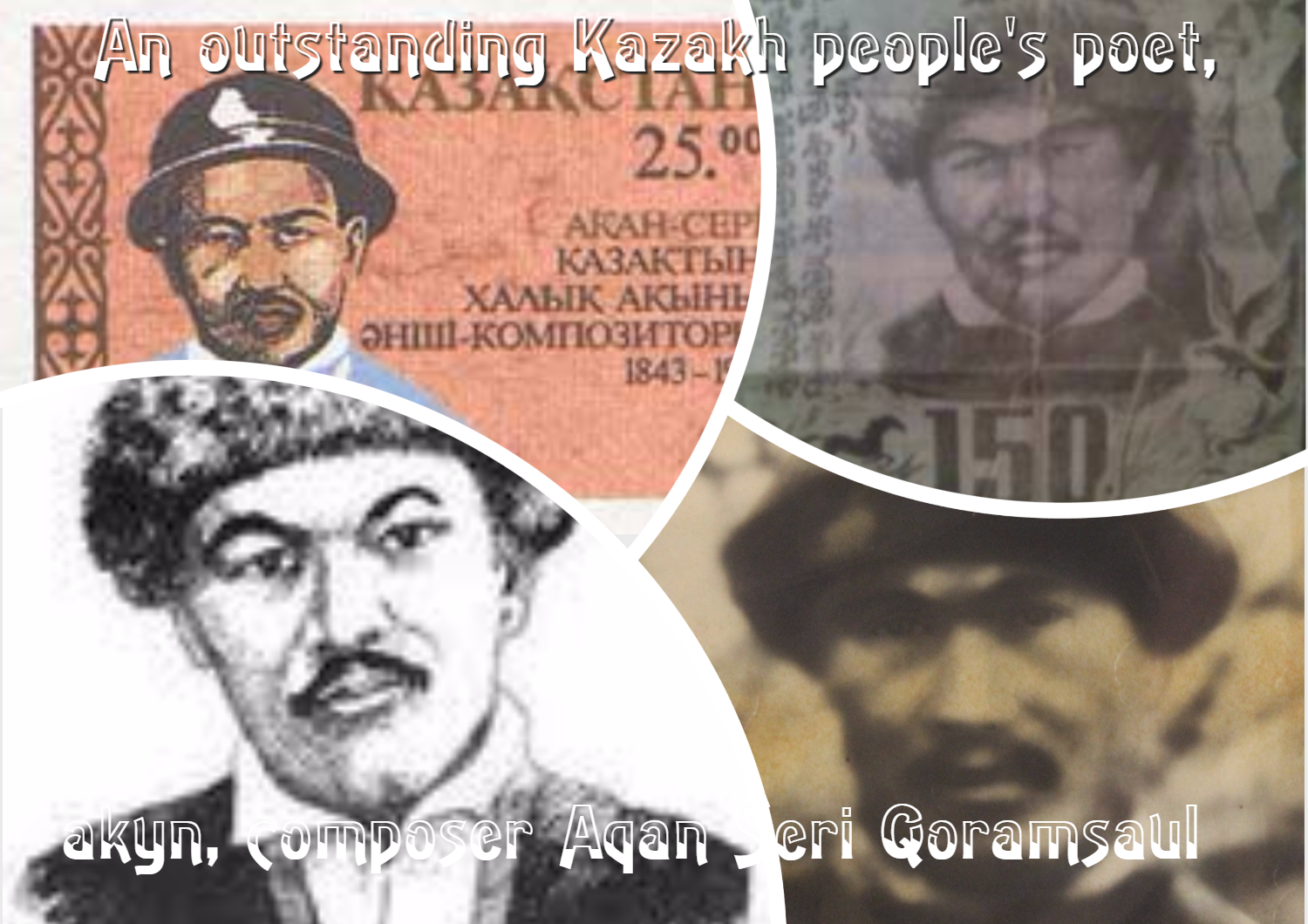 Literature about the life of Akan Seri.

The last years of the life of Aqan-Seri.The misfortunes that fell to the poet and singer's share did not break him. He continues to compose and perform his songs. Only now he began to worry about moral problems, reflections on the essence of life, the bitter fate of his people. He began to resort more often to terme - the favorite form of expression of storytellers - jirau. Also, think about his place in the memory of the people. Aqan Seri died after a long illness in 1913.

"A lot of strikes brought life to me,
Only the scientist will understand, for what it is mean.
Let me fall idle sage -
He will keep my name and deeds. "

Twenty-six years ago in nineteen ninety-one in the city of Kokshetau, there is a monument to Aqan Seri Aqjigit Qoramsauli erected near the monument to another singer-poet Birjan-Sal in the square in front of the Kokshetaw Palace. Twenty-four years ago in nineteen ninety-three, to the one hundred-and fiftieth anniversary of aqin on the shore of Lake Qoskol, a new modern aul Aqan Seri and a memorial complex-monument dedicated to Aqan Seri were built. In two thousand-and ten, in the Shortandi district, not far from the capital of the Republic of Kazakstan Astana, a monument to the famous horse of aqin Aqan-Seri - Qulager was opened.

Similar articles
#ALL
The Kazak Intelligentsia who married to ethnic minorities
2336
#ALL
Is it too late done? Or better late than never?
2323
#ALL
The Literature portal collective congratulated Tolen Abdik on his 75th birthday
1992