Yermek Tursunov is the Kazakhstan script writer, film director and writer. He was born on 20 July 1961 in Almaty region and graduated from the Faculty of Journalism of Al-Farabi Kazakh National University and script and film faculty in the Russian State University of Cinematography named after S. Gerasimov (VGIK). 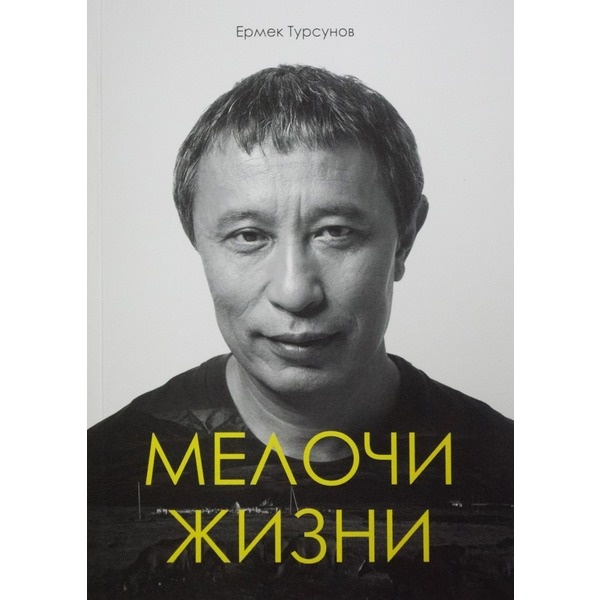 As the film expert Oleg Boretskiy wrote about him, “Yermek Tursunov is one of those to whom the youth should look up. And, perhaps, he is the only one”.

Yermek Tursunov wrote the novel “Mamluk” (2009) about the life of a famous commander Baybars, the sultan of Egypt and Syria and later “Sem mayskikh dnei” (“Seven May Days”) written together with the policeman Kurmanbek Artykbayev.

The book “Melochi zhizni” (“Little things in life”) was presented on 8 December, 2016 and a year after was awarded the “Book of the year” by L’Officiel Awards 2017.

It comprises the autobiography of Y. Tursunov from childish memories to cinematography inner workings.

The author’s tales are full of humor, humanity and wit, and written in vivid, simple and clear Russian. At times it is hard to believe that the stories are taken from a real life, namely, the stories connected with Tursunov’s youth life in his aul (name for the Kazakh village).

The book is divided into seven sections. And at first comes the preface.

The first tale is called “Koshkar” (Kazakh word for “ram”) and tells about special attitude of a little Yermek, love, it may even be said, to the ram called Koshkar.

The interesting thing is that ram is liked by Kazakhs as the dish especially for the period of fasting called Kurban Ait. But Yermek made from the ram a friend. In fact, that friendship started with the sympathy as he was pity for the ram, whose mother refused to feed him after the death of his sibling. So, the author became for the little a kind of mother and later raised him as a dog shouting such commands as “Sit!”, “Lie!”, and “Voice!”.

Little by little, the boy got used to Koshkar and by the end of the day the ram became a real friend, to whom the books were read, and the ram had even the favorite one called “Mtsyri” by Mikhail Lermontov.

The tragic moment was the death of his favorite friend Koshkar. His father gave out the ram to the flock for money as it was the usual thing for Kazakh families. The fatter and bigger the ram is the more money is paid. And it was the first time a little schoolboy Yermek came across the notion of death in real life.

It is the opening whole book tale, while other tales are about the football, beekeeping, love, cinema, music, professional life and small stuff from life.

Each of five sections not taking into account the preface and the last one called P.S. is devoted to a certain period of his life. The first section “May beetle” describes his childhood and adolescence. “Dear editors” comes second and says mainly about his student’s life. The following “The ball is round, the field is flat” is about the people’s ingenuity and ingenuousness. The next one called “The movie is being shot” is about Yermek Tursunov’s start of professional work in cinematography and various interesting moments in that sphere. And the last one “Contemporaries” tells about more recent times of his life.

The original one is the separate section which contains the short tales of wisdom being the wealth of knowledge.

The book is written in simple, close to people language and is the picture of the bright and contented life of the cinematograph and writer Yermek Tursunov. It is strikingly curious how the life of one person can be so versatile and interesting, the second amazing thing is that the book is written in the exotic and at the same time clear for Kazakhstan people language, mainly, for those born in Kazakh villages (with reference to the very first chapter “May beetle”).

The continuation of the book came to be the book “Zhili-byli” (“Lived once upon a time”) that was presented on 15 December, 2017.


Теги: in, life, Melochi, zhizni, Yermek, Tursunov, Little, things
Share:
Similar articles
#ESSAY
A book ‘A Butterfly’s song’ by Yermek Amanshayev is the Best Bestseller of the Year
1084
#ESSAY
About the novel ‘Sultan Beibars’ of the famous screenwriter and publicist Yermek Tursunov
1411