Home LITERARY PROCESS ESSAY “Black Square” and “The White Sun of the Desert” b...

“Black Square” and “The White Sun of the Desert” by Y. Tursunov 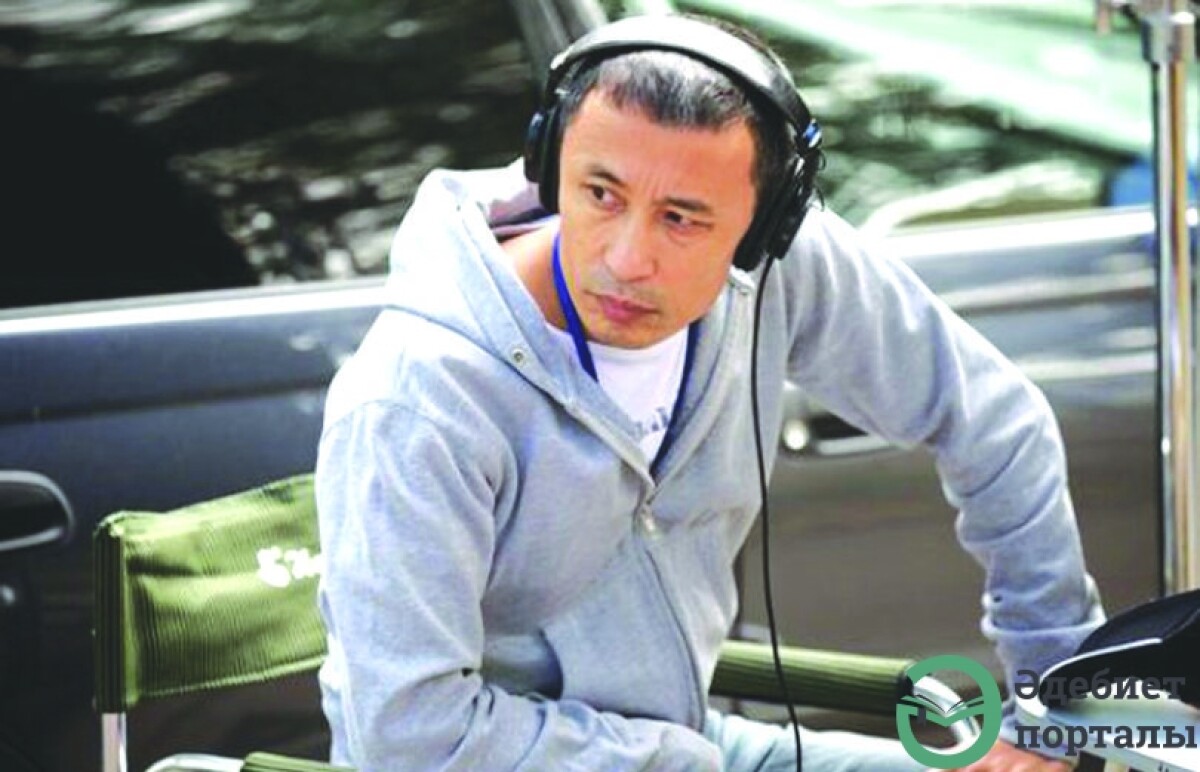 Kazakh film director and writer Yermek Tursunov wrote the book “Melochi zhizni” ("Little things in life") divided into seven sections, and published it in 2016. And one of the sections called “Snimaetsya kino” (“Movie is shot”) comprises one of the brightest tales that is “Black Square” and “The White Sun of the Desert”. It tells about different perception of Kazemir Malevich’s famous painting by people and the story connected with the creation of Vladimir Motyl’s film. 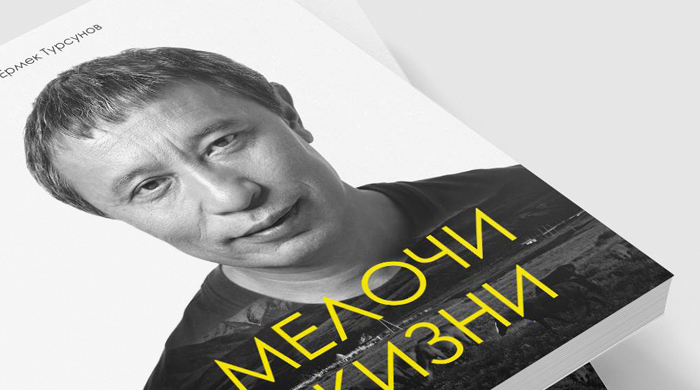 The abovementioned tale in turn is divided into two parts. The first one is about the “Black Square” by Malevich and its understanding by people. There is even categorization of them on types and gender. And each category has their tastes and peculiarities.

And, in fact, there are two categories of people: some understand Malevich and some do not.

And those, who do not understand, become Yermek Tursunov’s friends. And those, who understand can not be his enemies, of course, but the author can not communicate with them in a normal way.

Thus, Malevich turns out to be an instrument by which it is possible to define the inner state of a person. And that does not mean that Malevich adherents are all fools. On the contrary, they usually “injure” Y. Tursunov with their intellect. Because in order to understand Malevich and those who are on the same wavelength with him it is necessary to read lots of clever books or listen to a load of art experts and psychoanalysts. And the author does not believe in all those artists whom it is impossible to understand without extra comments or explanations. Once you take out all those extra words you are alone vis-à-vis with the “Black Square”, and feel an idiot. But the author does not like when someone pokes into his “darkness” (or the lack of knowledge), and he is not able to appear to be smart.

Vladimir Motyl, one of the Soviet and Russian masters, film directors and script writers, did not accept Kazemir Malevich. He said that in art he did not like artificiality more than everything.

As for the gradation of people on Malevich it is as follows, according to Tursunov.

He noticed that those who are for Malevich are mannered, follow fashion, wear long scarves with fringe in the autumn and the spring, eat vegetables and fruits, meat – seldom, from hot meals – sushi, for desert – something like parfait “Grand Marne”, drink mineral water Bling H2O or absent after, hold a fork in the left hand and a wine glass by the leg. In the coffee houses they drink coffee.

They read Joyce and watch Tarkovsky with Pazolini, adore Andy Warhol, and consider Schwarzenegger a scum. More than that, they wave their hands while conversing and kiss each other on the cheek at the time of meeting. They are astonished and pronounce “Wow!” when they come across with the reproduction of the “Black Square”, stay motionless and in the admiration.

They greet each other in a sweeping manner, laugh out loud, and while saying each other good buy can kick in the arse. When they see something extraordinary they shout “Oh, Gosh!” and pass by when they bump into the “Black Square” even not guessing that it is the painting. Truly, they think that it is the gable window covered with plywood sheet.

Concerning gender issues there are also many differences.

Women, who are for Malevich are well-groomed and let do hair-cuts only to their own masters, do manicure once a week, buy clothes in expensive shops or order from a famous couturier. They recite Akhmadulina and attend ballets, are born and brought up, as a rule, in the well-off families.

Those women, who are against Malevich cut hair as a butch, make manicure at home, buy clothes at the market, and wash their heads together with the rest of the body. They read the magazine “Liza”, sing Pugacheva with Allegrova in karaoke bars, by origin they are obliged to hegemon, and by upbringing to the pensioner Katya being their neighbor.

Men for Malevich are apt to depression and excentric behavior, their legs are even or knock-kneed. They are not groomed, often hungry and are not popular among women. They marry just for a show. They spend free time in summer cafes and fashionable parties, in conversations are as talkative as women. They prefer reasonable dialogue to rude physical fortitude. They think that Tyson is a breed of dogs or the island in Vietnam. They nibble and sip.

Men against Malevich watch football and support “Barcelona”, and they despise the model-like Ronaldo and prefer more Messi. By the age of thirty they have beer bellies and numerous kids. They cheat their women once a week, but spend nights always at their houses. They are strong economic men and bring everything home, but each of them has hidden stash of cash.

They like to gather with other men, go to the bath houses and drink beer, tell the jolly anecdotes, solve all their problems exceptionally with the help of fists, talk with full mouth and drink at once. And they sincerely think that Lagerfeld is the concentration camp in Poland.

And so on and so forth, from only that gradation one can be surprised how humans differ from each other.

One of the interesting persons is Razok Burkhonov, future director-documentalist who arrived in Moscow from Dushanbe. He was a calm fellow with expressive Persian eyes and he saw the world with unveiled sadness and discontent. He seemed to live on thin air. For instance, it seemed that he never smiled, chewed or smiled.

And, namely, he was fully for Malevich, and he did not only accept and understand him, but also he drowned and lived in him.

The reproduction of the “Black Square” hang over his bed. He often was in the frozen pose in front of the painting as if being in nirvana. By coming to him the author felt as if he disturbed his nirvana, but there was no way to go. Razok always had something to borrow, for instance, bread.

And that did not mean that he protested and cast the challenge to the world. He simply was in tune with Malevich.

Once, it happened that Vladimir Motyl did lecturing on the film “The White Sun of the Desert”, that he directed – the first Soviet blockbuster, shot in the best traditions of the romantic western with outstanding actors playing main roles.

He told how he shot it, with what difficulties he came across at various stages of the preparation, gave curious facts that always accompany the process of the film creation. His voice was not loud, a bit cracked and balanced.

Students were told about 18 months of film shooting in Karakums. It was the desert, that by the period of shooting was blooming, and, as a matter of fact, it happened once in a hundred years' time.

And the film was cancelled by the State Cinema Committee twice. The first time, they decided to change the director, the second time they did not like the scenes such as the eating black caviar with spoons by the customer at the shore. It seemed unreal.

So, the whole destiny of the film starting with the shooting and finishing with the release was not simple. But, in two years, Leonid Brezhnev, the third General Secretary of the Central Committee of the Communist Party of the Soviet Union and twice Chairman of the Presidium of the Supreme Soviet, accepted it. And, all of a sudden, the film turned into legend. It became the talisman of the cosmonauts and customers. It was seen by millions. Indeed, it is the film of which even the time was afraid.

Apart from story about the film, in the middle of the lecture about that legendary film the mentioned Razok silently stood up and headed for go out. Motyl was sitting as if he did not notice that. But coming closer to the door Motyl asked whether the lecture was uninteresting and the reply was “Yes”.

“Well. You may go. But, take into consideration, that you have to return being minimum the genius”, said Motyl.

All the students feeling relief after pressure being in the air laughed out loud and applauded after Motyl’s remark.

Maybe, after all, that was the reason why Yermek Tursunov did not like and did not understand Kazemir Malevich.

Thus, by the given tale the writer aimed to combine two various types of art, namely, painting and cinema. And presented it in an interesting, unusual and funniest way.

Similar articles
#ESSAY
Some excerpts from the life of the famous doctor Akkagaz Doszhanova
2494
#ESSAY
Some passages about how Bibigul Tulegenova came into the field of art with a nightingale in her throat
2857
#ESSAY
“Zhanibek sings, Akseleu admires”
1106