The book ‘The Butterfly’s Song’ by Yermek Amanshayev was named in January of this year as the best seller of the year at the Annual Awards Ceremony of the Hertfordshire Press 2018 literary prize.

The awarding ceremony took place in London, in the British Library. This library is the national library of the United Kingdom and the largest national library in the world by number of items catalogued. The ceremony was hosted by an award-winning poet, author, Fellow of Royal Society of Arts, the first Chairman of the Eurasian Creative Guild (London) David Perry and the awards were presented to the winners by the publisher and Vice president of the Eurasian Creative Guild (London), Marat Akhmedzhanov. 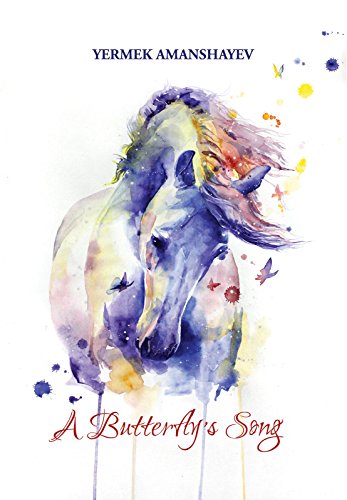 The book was ordered by 100 leading libraries in more than 30 countries of the world, including the USA, the United Kingdom, France, Germany, Italy, Spain, Switzerland, Sweden, Canada, Japan, China and India. This year a French edition of the book will be released in Paris.

Appropriate negotiations regarding publishing the book in translation in Turkish, Chinese and German languages are being held.

During the ceremony, it was also announced that some of London's top theatres expressed their interest in staging several plays from the book ‘The Butterfly’s Song’.

‘The Butterfly’s Song’ is a collection of essays, stories and plays, where the author examines aspects of search for identity and a sense of emotional fulfillment by his characters. Usually they have an identity crisis, it is a period of serious personal questioning where the individual defines for himself to live further in accordance with one’s values or to follow his own values and sense of direction. During this period a person starts to create a number of self-satisfying illusions, attempts to explain himself his own failures, as a result creates a new self or completely destroy himself. They try to find answers to such questions as ‘Who am I?’ and ‘What do I stand for?’.

‘The fragile butterfly began to fly around the epicenter of the Flame again... In a lazy euphoria, having outlined the last circle in space, it plunged into the thick of the Flame. Who knows, maybe in this unexplainable bewitchment of Flame or in the insidious appetence, in this inescapable convergence and the sudden fall is the true meaning of being the butterfly?..’. This is a passage from a novella – parable ‘The Butterfly’s Song’. 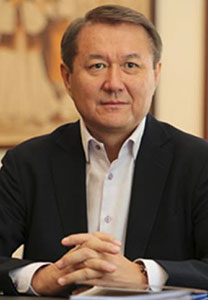 Yermek Amanshayev is a bright representative of a new generation of Qazaq writers. He is famous for his popular existentialist philosophy. His works of fiction, where he describes the endless Qazaq steppe and the nomadic life of Qazaq people make us think about the absurdity of life. In his works, the motifs of ancient myths and today's conflicts are intertwined.

The publishing house Hertfordshire Press introduces English-speaking readers all over the world to Eurasia through a publication of contemporary literary and science-oriented works of the authors of post-Soviet countries, reprinting books from years or originally published even decades ago. It publishes magazines, guidebooks, at the same time the Publishing House arranges literary forums. The publishing catalog contains more than 200 works of authors from 15 countries, and their total circulation is more than a million copies.