About a short novel “The Hellfires Twinkle” by Tolen Abdikov

As history shows, Qazaq literature in different periods of its development has always responded to events in the world. This was expressed in the appearance of prose works, literary articles or poetic writings. All of them discovered readers the life, culture or historical events of this or that country or nation.

Tolen Abdikov is one of the first Qazaqstani writers, who raised in his writings a topic related to America. His short novel “The Hellfires Twinkle” is devoted to an “Indian topic”.

See also: Tolen Abdikov and his novelette “The Burning War of the Mind”

The writer forces the reader, together with his heroes, to live through the most dramatic moments of a life of the Brazilian Indians who have lost their independence and the right to be Masters of their Land. 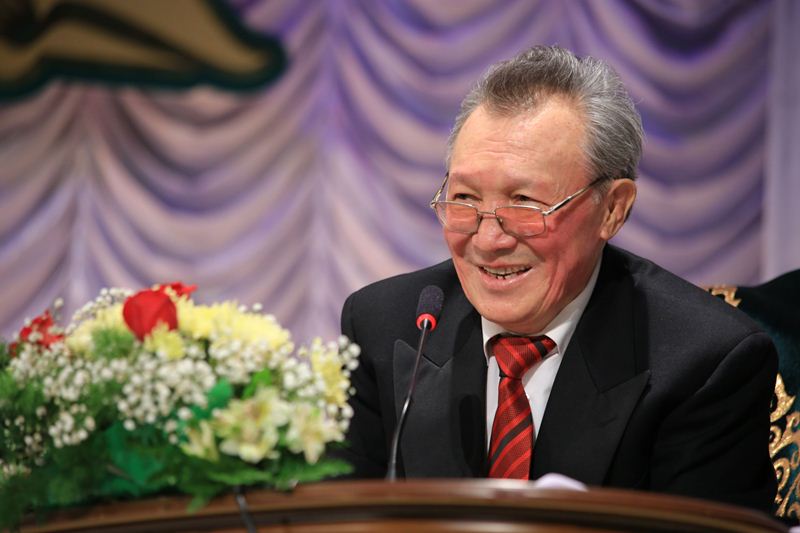 The short novel has a three-part structure: in the first part, the action takes place in the present, the author introduces us to the main character through the minor characters. The protagonist of the story is a famous doctor Edward Baker, who lives in New York and who is called ‘the God of Medicine’.

According to an old porter, “Edward Baker is capable of doing impossible miracles…The only thing that he could not do may be is to make a humanbeing out of clay...”. At the same time, he is a sort of mystery man for people around him, because he has no family, no children, no past.

In a conversation with an Italian journalist, who worked for UNESCO Livio Paletelli, Baker accidentally learns that the Araku Indian tribe is on the verge of extinction. Accurately at that moment he recalls that he is a descendant of this tribe.

Shortly after meeting with a journalist, Baker decides to visit his historical Motherland, Brazil. He has a big desire to learn about the destiny of his tribe, which he once had to leave without fulfilling the promise given to his father to devote his life to his tribe.

Upon his arrival Edward Baker sees “oppressed people” that were once strong, beautiful and independent.

“The missionary knocked the roof of the hut with a walking stick.

- Hey! Is there anybody? Come out. Guests are waiting for you ...

– Hurry up! - shouted the missionary again.

All the villagers soon gathered. Like trained animals in a circus, they formed a straight line and stood in silence. At that moment Edward Baker witnessed how people of his tribe became a toy in the hands of Europeans. He was really pained by what he saw.

The Europeans represent in the story a privileged stratum of society, and the Indian tribes, the aborigines of these places, are a marginal and humiliated part of the society.

See also: A book ‘A Butterfly’s song’ by Yermek Amanshayev is the Best Bestseller of the Year

The main character of the second plot, called by Dr. Baker from the depths of his memory, is Kiyaku, a representative of the Araku Indian tribe who lived on the banks of the gold-bearing river in the bosom of a fabulously rich and virgin nature.

The Araku Indian tribe’s people are brave warriors and hunters. They are strong in their belief; they have a deep philosophy of life. The eldest generation takes care of the youngest one. Each of them feel their responsibility for the fate of the tribe.

The Araku village is treated by Indians as thier own territory, and that territory which is located beyond the river where the hellfires twinkle is considered by the Araku Indians, to be a hellish, unclean place, in other words, a strange, mysterious space.

Old Yanumak tells about the golden time when the Araku tribe was a Master of the northern gold-bearing riverbank. Both the banks and the water of this river were golden. And the air was cleaner from evil spirits, and people did not know what death and disease were, they lived in peace and harmony. One day a white man appeared in clothes clinging to his body and fire-breathing demons came after him. The Araku tribe stepped back into inaccessible forests. According to the old man, the appearance of the white man again “is not a good sign ...”.

The culmination of this plot is the fulfillment of the foresight of the old Yanumak: The death of all tribesmen happens before the eyes of little Kiyaku, who swore an oath to sacrifice himself for the Araku people.

He goes through all the trials of his life. He loses all close to him people; he is captured by the gold diggers; escapes from bullets of gunfires of the gold diggers when they make him a living target; rushes off a cliff and swims under water for a long time, stands the test of hunger and thirst; finds himself half-dead in a rubber factory and an Afro-American guy named Perry rescues him, making him his son. He gives him a new name - Edward.

When his adoptive father dies, he finds a job, enters a college, under the guidance of another lonely genius from science, George Baker begins to serve medicine and devotes his life to saving people.

In the third part of the short novel, the hero stoppes the use of flashback visions and appears as a famous doctor Edward Baker, who decides to return his Motherland. He is driven by the feeling of involvement in the tragedy that takes place before the eyes of a civilized society. The feelings of loneliness and guilt are eating away at him.

No one is able to understand his departure to Brazil. Even a domestic servant, who noticed a change in his state of mind, decided that it was a love affair. People surrounding him and authorities perceived doctor’s arrival home as a quirk of a man spoiled with glory. Dr. Baker asks them to introduce him to the last representatives of the Indian tribes.

For missionaries, the problem of the Indians seems to be commonplace, the disappearance of the natives they call a natural process that does not require any outside intervention. What he saw shocked Dr. Baker, and an episode of the performance of forty young Indians of a marching ritual dance makes him feel like an Indian again, as in those distant days.

Dr. Baker reached his goal – he arrived home located in the Amazon rainforest, found the last refuge of his fellow tribesmen. But by the will of fate, the last Arakuan - the son of the last leader - dies at the hands of Dr. Baker from an unknown disease.

This meeting can be called the culmination of the whole story: it brings Dr. Baker joy, happiness and hope, and at the same time great disappointment and the only failure in his medical practice. He remembered that in childhood this disease was treated by his father, the great shaman Choro. He tried to teach his son, but did not have enough time. Kiyaku - Baker continued the work of his father, but, cut off from his natural environment, he forgot many of the secrets of nature.

He could not bring back from the brink of death his last relative. The young doctor knows the cause of this unknown tropical disease. He considers that it is a genetic disease.

Tolen Abdikov says that without his people, any genius is a stillborn child. On the other hand, the author unobtrusively wants to connect the events that took place in the Amazon rainforest with the events that took place in Qazaqstan. If we relate the plot of the story to our history, we can see the echoes of the tragedy of the Qazaq people, who suffered from the colonialist policies of tsarist Russia.


Теги: Tolen, Abdikov, writer, Qazaqstan, Kazakhstan, The_Hellfires_twinkle
Share:
Similar articles
#REVIEW
Sabit Dossanov: “The book helps us to live as a human being”
957
#REVIEW
About the creative path of Mukhtar Shakhanov
1159
#REVIEW
About the book “Az i Ya” by Olzhas Suleimenov
1130