Nagashybek Kapalbekov is a well-known Qazaqstan writer, historian and researcher, academician of the Academy of Social Sciences, winner of the “Alash” international prize. 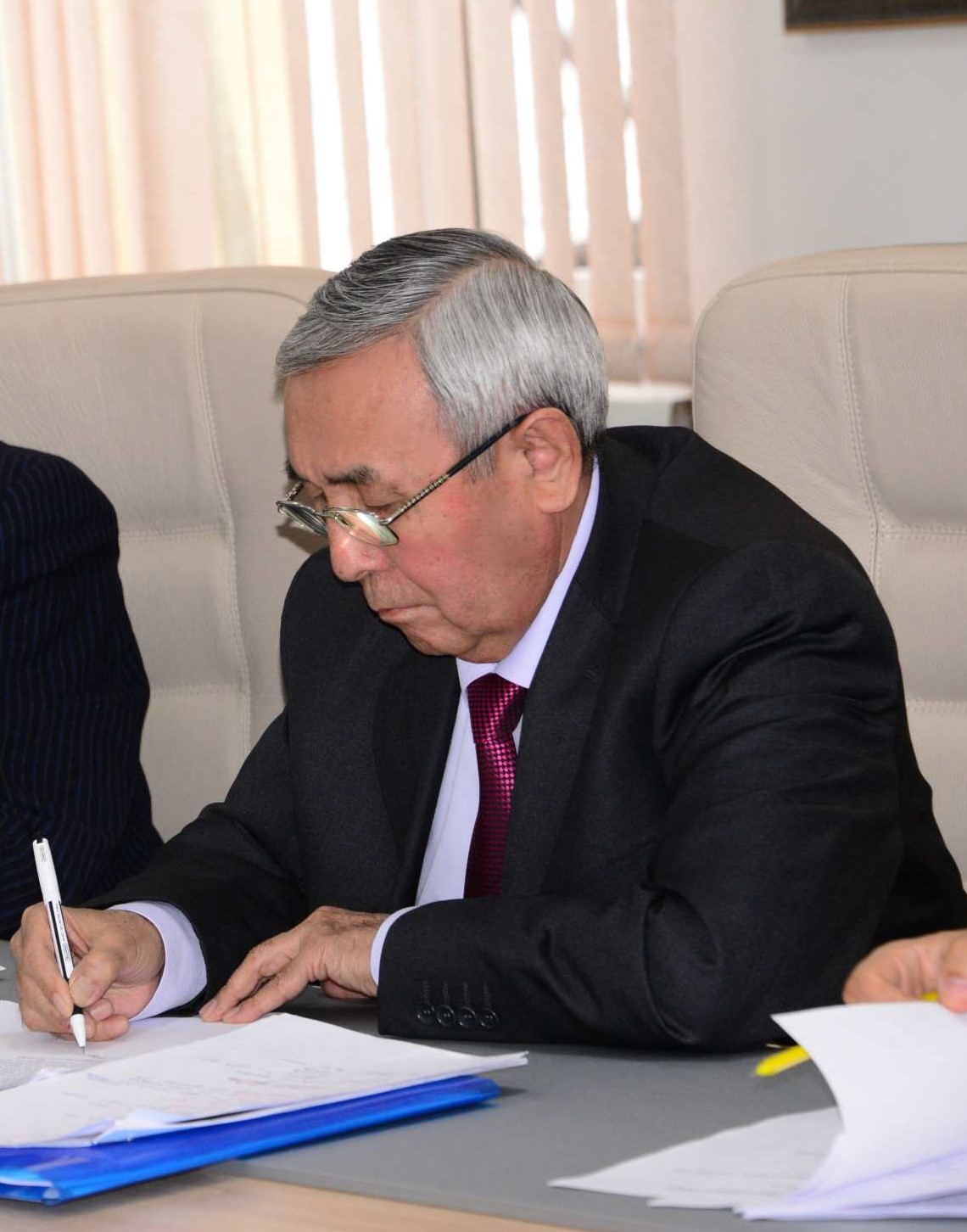 He is a prolific author of forty books. Along with literary works, he wrote a number of scientific works, because he had been engaged in full-fledged historical research for many years. Today he keeps doing it.

He devoted the considerable amount of his work to a legacy of a prominent Qazaq poet Zhambul Zhabayev. He studied Zhambul Zhabayev’s writings and collected his unpublished works. On the basis of his findings he wrote a book “A Patron is a Red Tiger”. Moreover, Nagashybek Kapalbekov wrote about such historical figures as Karasai Batyr, Sarybai bi Aydosuly, Makysh Baluan Raimbekuly. The mentioned books have been greatly appreciated by readers across the country. The author writes his works in his mother tongue, the Qazaq language.

Besides that, Nagashybek Kapalbekov presented his new book under a title “A snowcock from Suyktobe”. The mentioned writings were printed in the framework of the State Program “Looking to the Future: the Modernization of Public Consciousness” and the State Program of Development and Functioning of Languages of Qazaqstan for 2011–2020.

In the book “Kashke Batyr” the author tells about the life of the descendant of the famous Karasai Batyr Dauletuly, Kashke, who lived between 1717–1803 (the word “batyr” means in the Qazaq language “a strong and brave man or a warrior”). Karasai Batyr Dauletuly was a Qazaq warrior and commander under Yesim Khan and Zhangir Khan. Kashke Batyr, like his ancestor Karasai Batyr, was a strong and extraordinary person. He was a man of skill and dash, a commander who won several battles of the Qazaq tribes with the Dzungars thanks to his bravery.

The book is not a fiction, where the events are not real. It is a book, based on, carefully verified by the writer Nagashybek Kapalbekov, historical facts. The book “Kashke Batyr” is a synthesis of History as a science and modern perception of the Past, about which the author writes without any embellishment.

The author narrates the story with a light touch of a master writer at the top of his skills. I found this book very interesting and useful especially for those, who are interested in History of Qazaqstan. The translation of the book into Russian was done by a master of translation, Abai Datkin.

Another book, translated into Russian and presented to readers, is “A white mist, coming down from the mountains”. The book is named after the story of the same name included in this collection. In this story, we see a young man who had everything going against him. Facing life's obstacles, it's natural to feel clueless and helpless. But the main character of the story showed tremendous determination to overcome life difficulties, he faced. By his work the author states, that we develop our character muscles by overcoming challenges and adversity and they make us the person we are today. The key message of his work is: “Go ahead! Do not give up!”.

The writer gives a special attention to the stories in the book “A white mist, coming down from the mountains”. The bright figurative language, describing difficult life of ordinary people, makes the readers to tune into the subtle voice of the soul and open their heart to compassion.

The book was translated by a poet, prose writer, publicist, honored worker of the Republic of Qazaqstan Amantai Akhetov. Literary scholars are convinced that Amantai Akhetov’s translation will raise interest to the writer's writings. In this regard, the Literary portal hopes, that very soon the English version of the mentioned books will be available for English-speaking audience.

As it was noted by literary critics, Nagashybek Kapalbekov touches upon in his works issues, that cause the readers’ soul to respond. Besides that, they feel that the author speaks truly from his heart, they feel his sincerity and honesty to himself and his readers. The famous Qazaq writer Sabit Orazbayev, expressing his opinion about the works of Nagashybek Kapalbekov, said that in his books there is no unnecessary, redundant and not needed page or a word.

Nagashybek Kapalbekov took part in a creation of a photo album in three languages (Russian, Qazaq and English) “Zhambyl Alemy”, in publication of such books as: “The Ancestors’ Lesson”, “The Last Word of Ospankhan”, “The Secret Opinion”, “A Journey to the World of Books”, and two-volume book of Umbetali Karibayev. On the basis of his scripts, several movies and videos were shot, a play was staged.