Marfuga Bektemirova left a deep mark on the history of Qazaqstan literature and journalism. She was a prominent cultural figure, a member of the Writers' Union of Qazaqstan. She is the author of poetry, fiction, satire as well as journalistic articles. Marfuga Bektemirova continued to write, and she also led an active social life. 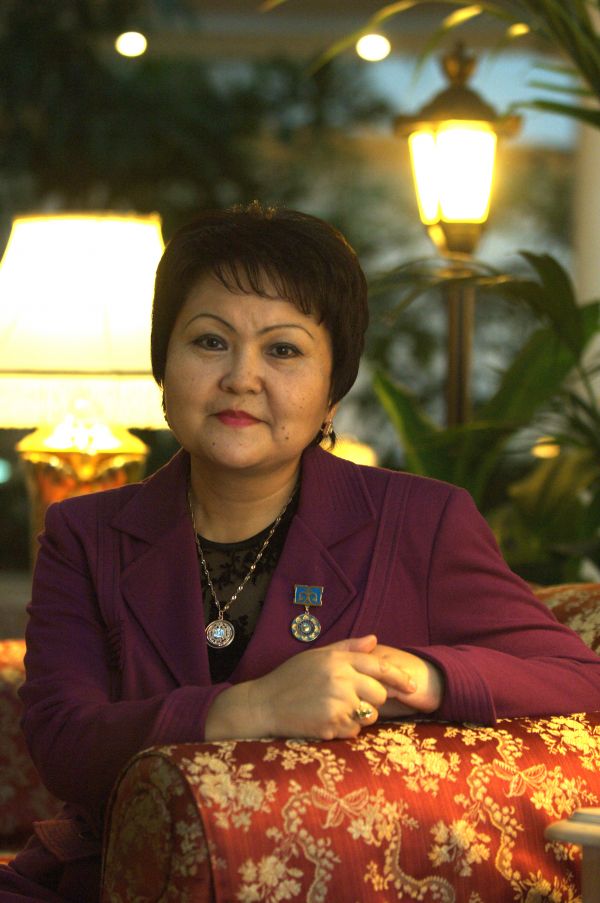 The poetess wrote her first poem at the age of 12. At the age of 14, she wrote a poem entitled “Akkuym menіn, kaydasyn?” ”(in translation from the Qazaq language it means: “Where are You, My Swan?”). Inspired by the words of the poem, a Qazaq composer, Anuarbek Bekzhanov composed music for this work. As a result, there appeared a song that had a huge popularity among a broad audience. It is worth mentioning that Marfuga Bektemirova composed a music to some of her poetry herself.

The girl, who was deprived of loving parents, was raised by her grandparents. An important influence on the formation of the personality of the future poetess was made by her grandfather, Serik Temirov. It was he, who instilled in her a love of literature, taught her to play a Qazaq traditional musical instrument, a dombra.

Being an illiterate person, her grandfather brought her books as gifts from every trip, he had. He often asked Marfuga to read them to the house guests. Their friends and neighbors often visited their house. The most beloved and frequently re-read book at such gatherings was “Batyrlar zhyry”. It was a book, where were put together all Qazaq epic tales about heroes, the performance of which could be accompanied by narrative songs and Qazaq traditional musical instruments: dombra or kobyz.

Marfuga Bektemirova’s writings are full of love and admiration for the place where she was born and grew up. She spent childhood in a picturesque area called “Burabay”, situated in Kokshetau region. “Burabay” is called the Pearl of Qazaqstan. The nature of her Motherland made an indelible impression on the sensitive nature of the poetess. She spent all her free time walking in the forest, admiring the beauty of the woods. She was fascinated to watch a couple of swans, performing their graceful courtship dance on the lake, near the village. The birds used to come here in spring. Marfuga Bektemirova liked spending quiet time in nature.

She graduated from the Shchuchinsk Qazaq Boarding school. Marfuga Bektemirova was a permanent member of amateur art activities at school. She even dreamed of being a professional musician and wanted to apply to study at a conservatory, but became a journalist after graduation from the Journalism Faculty of the Al-Farabi Qazaq State University in 1983.

She began her career as a correspondent in the Zerendi district newspaper “Communism Tany” of the Kokshetau region (1981-1985), later she worked in the Kostanay TV and Radio Committee (1985-1992), then as a leading specialist in a Unit on Onomasticism, Migration and Nationalities of the Internal Policy Department of the Kostanay Regional Administration (1992-1993).

Her ability to work hard surprised a lot of people. She wrote mostly at night. Marfuga Bektemirova always tried to do everything on time. In addition to writing and doing translations, as well as performing her main work (she did editorial and journalistic work in the newspaper “Esil”) and taking care of a family (she had a spouse and two children), there was also social work in her life. Despite her tight schedule, she always found time and even considered it her duty to meet people and visit the regions, she organized readings and other literary events.

In 2007, the Moscow publishing house “Libereya” published a collection of poems "A White Sail of a Dream". The book included poems about the nature of the Motherland, about the grandparents’ house, about love and personal creative search.

The first line of the first poem is one of the most iconic of all time. It is devoted to the poet, poetry and a creative search. The poetess says about the “life of a girl-poet”, and the “woman- poet”, for whom “it is impossible not to write poetry”. The theme of creativity is revealed most vividly in the poem “Time, given to me by my destiny”, the lines from which became the title of the collection “A White Sail of a Dream”. The lyrical heroine says: “Time, given to me by my destiny; I don’t want to waste in vain – I write poetry”.

In the poem “Poetry” she declares: “You are my Queen, and you are my Mistress”, confesses her love to the song: “I love you, the song, You are given to me by fate”. “I live in poetry every now and then,” the poetess asserts. The collection contains poems about the works of the well-known Qazaq poets: Abay, Magzhan, Beimbet. The poetess bows before them: I lived in this century, And, suffering, yearning, I loved, Feeling part of Abay, I write and sing about my own.

A number of her poems are devoted to thinking about the meaning of life and death, about the tragic fate of the poet. The lyrical heroine of Marfuga Bektemirova is a passionate, tender, vulnerable, subtle feeling, loving woman. The reader can find in the poetry of Marfuga Bektemirova charm, admiration, delight, jealousy, farewell, parting, healing and a female wisdom.

Marfuga Bektemirova was born in 1958, and she passed away in 2013. According to her colleagues and friends, Marfuga Bektemirova was a gifted person, a very good wife, a caring mother, and always, until the end of her life, wrote poetry. Her poetry continues to live in her books and excite the hearts of readers.