Women in poetry of Qazaqstan

Half a century ago, women used to publish their writings under male pseudonyms to be able to sell them for a good price. Young Charlotte Bronte was criticized by a famous English poet Robert Southey, who used to say, that writing poetry was not a woman’s deal and she shouldn’t devote so much time and passion for doing it. A well-known science fiction writer from America Alice Mary Norton used a number of pen names, like Andre Norton, Andrew North or Allen Weston. She wrote under man pen names in order to succeed in writing. This tactic brought her its results, she became the first woman to be Gandalf Grand Master of Fantasy.

But in the XXI century it can be said with confidence that literature has become an area in which women succeed on a par with men. There is a number of talented female poets in Qazaqstan, whose name is widely known in the country and abroad.

Marfuga Aitkhozhina is a Qazaq poetess and journalist, born on August 25, 1936 in Qulja, China. In 1956 she graduated from the Qulja Women's Pedagogical Gymnasium, then she worked at the same place as a teacher. In 1958, she moved to the USSR with her family. In 1965 she graduated from the Qazaq State University's journalism department, and in 1971, she completed Higher Literary Courses in Moscow. 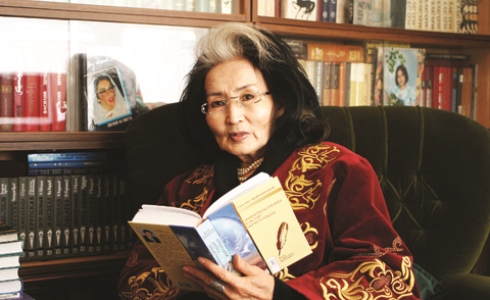 From 1961 to 1969 she acted as a journalist at such newspapers, as “Qazaq adebiety” (“Qazaq Literature”), “Qazaqstan mugalimy” (“A Qazaq teacher”). Her first collection of poems “Fresh Grass” (“Balquraq”) was published in 1962.

Marfuga Aitkhozhina's works have been translated into Bulgarian, Polish, Hungarian, Czech and other languages. She translated the poems of Bilal Nazim, Te Lan Gin, Zulfiya, Nazim Hikmet and Qazaq, Mongolian, Russian, Arab, Kyrgyz, Tatar, Bashkir, Hungarian, Ukrainian poets into a Qazaq language. She was awarded the Order of the Badge of Honor.

There are eyes from which the heart becomes full of sunlight,

If the poet just looks at them – then and there inspiration knocks his door.

There are eyes, that in their depths thoughts are lurking,

Close by deep thoughts there are bottomless and pure sorrows.

There are eyes, that bewitch you with offbeat light,

They will look at your soul and the darkness will change for shining light.

There are eyes, that makes you feel like you in the fire.

There are eyes, that makes you feel cold as ice in hot summer.

There are eyes, looking at you with indifference.

There are eyes, that attracts you unconsciously.

And these eyes are inspiration for people,

(Translated from Russian by Aizhan Abilda)

In April 2019, a book of poems by a young and talented poetess Aigerim Tazhi entitled “Paper-Thin Skin” was published in the USA. The collection of poems is presented in two languages - in Russian and English.

Aigerim Tazhi is a finalist of the International Literary Award “Debut” (Moscow, 2011), the winner of the literary contest “Stairs” (Moscow, 2003). Her poems were translated into English, French, Polish, Armenian, Uzbek, and Qazaq languages. 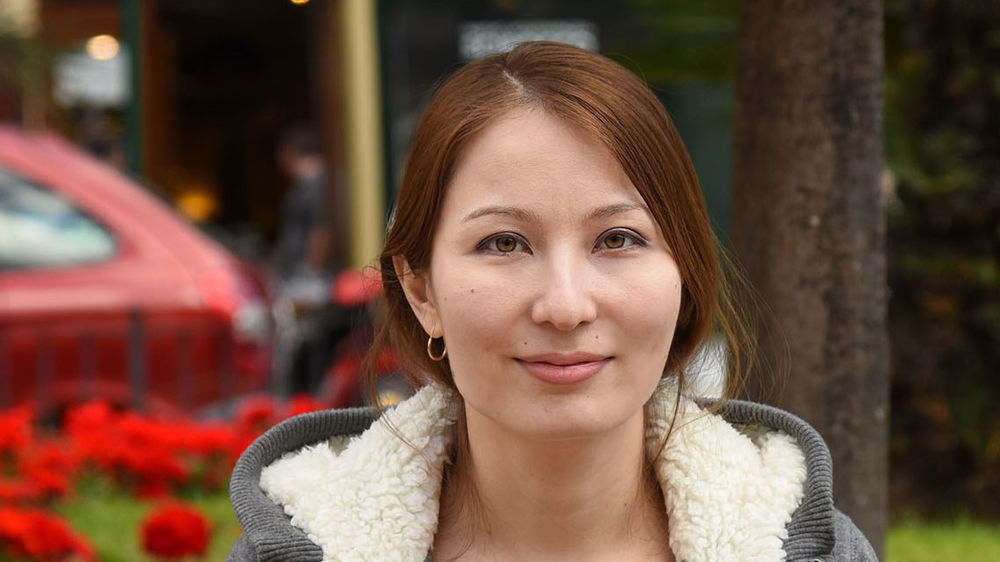 Aigerim Tazhi (a picture is from open source)

Despite a huge number of publications, it is the second book of Aigerim Tazhi. The first, “BOG-O-SLOV”, was published in 2004 by the Musaget Publishing House in Almaty.

James Kates is a translator of the book into English. He is a famous American poet and translator, former president of the Association of Literary Translators of America. He translated the books of such writers, as M. Eisenberg, M. Eremin, G. Sapgir. 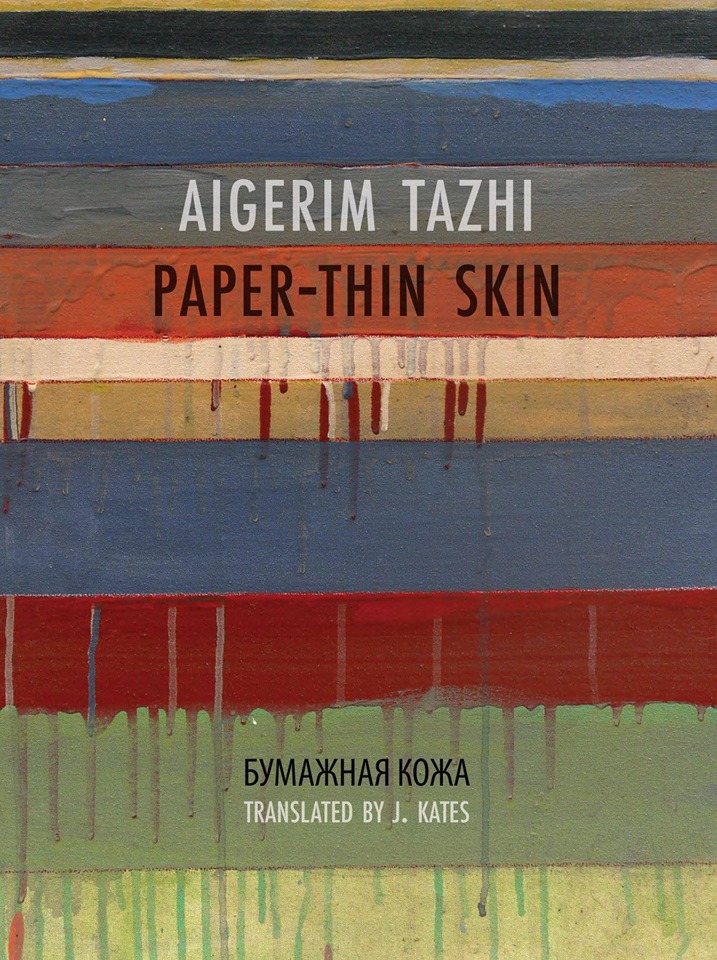 In 2016, a special double grant from the National Endowment for the Arts (USA) was allocated for the translation of the book “Paper Skin”.

The Foundation supports the promotion in America of world achievements in art. In addition to Aigerim Tazhi’s book, to the list of winners in 2016 are included the book of Nobel laureate from Iceland, Halldor Laxness, a collection of the poetry of the famous French poet of the early XX century Paul Valery and the translation of the twelfth century Arabic epos “The Legend about Lady Dhat-al-Khimma”.

The words of the young poet, comparing the city with a gas chamber in the translation of James Kates sounds like this:

From resurrection to Sunday

We cross off dates on the calendar

It comes in an appearance of mountain air

In the gas chamber of a city…