Images of Women in the Works of Qazaq Poets-Zhyrau

Famous Qazaq poets-zhyrau in their works considered a woman as a social creature. A woman praised by them is first of all a beautiful woman. Undoubtedly, beauty is a natural feature of a woman.

Women's beauty was glorified by such poets-zhyrau as Murat Monkeuly, who raised in his works social issues related to the colonial policy of Russia, and the other poets-zhyrau, like Dospambet, Aktamberdy, who touched upon in their works issues related to protection of the country from external enemies. But Qazaq poets-zhyrau tried not only to glorify the beauty of a woman, that could be explained by a purely male interest in a woman as an object of pleasure. The poets-zhyrau treated the woman as the keeper of the family hearth, the teacher of the future generation of the nation. The Qazaq people especially appreciated this function of a woman, being aware of the fact that the future of the nation, mutual understanding between relatives, the unity of the country as a whole depends on her stand and actions. 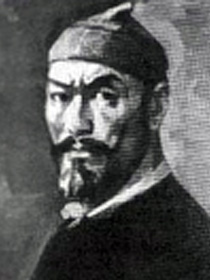 (a picture is from open sources)

The Qazaq poets - zhyrau argued that, a social content should dominate in the essence of women, a woman is an active citizen of society, therefore her social activity is particularly important. In the understanding of the Qazaq people, a woman first of all is a faithful wife and a keeper of the hearth. The choice of a life partner, the creation of a family are a special sphere of human relations and the Qazaq people paid a great attention to this aspect of life. That is why the Qazaq poets-zhyrau in their works tried to give detailed advice on choosing a future spouse. They suggest first of all to pay attention to the character of the woman. The duties of the wife and the husband are strictly divided in the Qazaq family. The man is the head of the family, and the woman is his wise helper, supporting him with advice in difficult life situations. “A woman with a good character” is such a wife, who understands her place in the family and society. She is a well-educated, cultured, wise person and she tries not to interfere in men's affairs. A Qazaq woman of this type is glorified in the works of the famous Qazaq poet Shal akyn. He is the author of such works as “About Young Ladies”, “Characteristics of a Woman”, “The Old Man and the Girl”, “Two Daughters-in-Laws”. 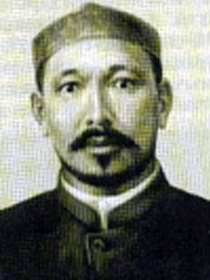 (a picture is from open sources)

If you think about the reason for the predominance of female images in his works, you can understand that it is not accidental. Shal akyn, born in 1748 in the Kokshetau steppe, lived his life in poverty. There is such a proverb in Qazaq language “a good wife will provide her husband honor, and a bad wife will bring him to the grave”. On the basis of this proverb it can be assumed that the reason for his life failures was the absence of a good wife, and therefore, dreaming of such a wife.

In his works, he perfectly revealed the nature of the Qazaq woman. He uses various methods: calm edification, somewhere bitter irony, but the main thing he wanted to do is to convey to the listener an idea that the choice of a spouse is an extremely important step in the life of every person, since the future of each of us and the nation as a whole is in the hands of women. He understood very well that an adornment of the family and the nation was the daughter-in-law, the wife of a son. It was very important to bring up a good daughter, someone's daughter-in-law in the future for Qazaq people, because an ordinary Qazaq family was an extended one, it means that several generations of a family lived in one residence. In the work “About the Woman” he identifies several types of women: “a sensitive woman”, “a craftswoman”, “a lazy woman” and calls a man, who got married to “a lazy woman” as an unhappy man. To characterize the qualities of a person, he used the concepts of «good» and «evil». We see the same concepts in describing the nature of a woman. In his opinion, a good, kind woman is like the earth, she is fertile, solid and strong. She is as fast as a favorite horse, a faithful companion of the Qazaq man. A good wife will increase your wealth, she will welcome your guests affably and she has a forgiving nature. A wicked wife on a regular basis interferes in the affairs of her man.

The famous Qazaq poet-zhyrau Mailykozha had an opinion that the economic prosperity of the family depends primarily on a woman, a keeper of the hearth. He wrote in one of his works: “a woman will save last year’s needle, if it is a present, made by you”.

It is worth mentioning that the Qazaqs have a very special delicate attitude towards a daughter in the family. They follow the principles of the strict upbringing of a daughter (there is a Qazaq proverb, that sets: “Forty prohibitions for a girl”), but at the same time the Qazaq people respects a daughter both before her marriage and after she became a member of another family.

For example, the Qazaqs have a custom called “torkindep kelu”. It is a custom, when a girl, who got married and now lives with her husband’s family, comes her parents’ home as a guest. Both sides of the girl’s family carefully prepare for this important event. The girl, already a young daughter-in-law of another family (another tribe) and her new relatives prepare valuable gifts, and the girl’s parents and relatives in turn will do everything upon her arrival home to make her happy.

A delicate attitude to a woman is expressed in one of the best wishes for any Qazaq man: “I wish you to get old with your wife”. In times of need, the warriors - zhyrau grieved above all about a destiny of their wives in case of their death. The famous Qazaq warrior Dospambet and a loyal adviser to Tauke Khan Bukhar-zhyrau in thier works affirm that life and death with a beloved wife is one of the highest meanings of a humanbeing’s life.

But in the process of colonization the Qazaq society and the social role of the Qazaq woman changed. Russian missionaries, who were active in the Qazaq steppe in the 19th century, noticed that a Qazaq woman plays a special, somewhere even decisive role in the family. Taking into consideration the fact, they promoted a policy of creation of mixed marriages. They believed that a child, brought up by a Russian wife, would forget his mothertongue, Qazaq customs and traditions, as a result would have a different mentality. Exactly during that period of development of the Qazaq society the Qazaq poets-zhyrau raised the women's issue. They had a goal to preserve the integrity of the Qazaq nation.

In general, the works of Qazaq poets-zhyrau give an accurate description of the position of women in the society of that historical epoch and what was their role in shaping the future of the country.