New 2017 Year is already just around the corner and many people want to meet it unforgettable. Christmas and New Year songs like «Last Christmas», «Happy New Year» and movies such as «Home Alone» are sort of business card of this magical holiday for many years.

Do people believe in tales on the New Year’s Eve? The answer is obvious - of course believe. Each New Year’s Eve brings hope for a miracle and all cherished desires.

In addition to movies and songs are diverse and widespread fabulous books related to magical holiday.

The choice is really huge, but we managed to pick up six of the most interesting books of world literature about the New Year. These books can be read with enthusiasm by adult readers and so by children.

1. «The Gift of the Magi» - is a short story, written by O. Henry (a pen name for William Sydney Porter), about a young married couple and how they deal with the challenge of buying secret Christmas gifts for each other with very little money. As a sentimental story with a moral lesson about gift-giving, it has been a popular one for adaptation, especially for presentation at Christmas time. The plot and its "twist ending" are well-known, and the ending is generally considered an example of comic irony. It was allegedly written at Pete's Tavern on Irving Place in New York City.The story was initially published in The New York Sunday World under the title "Gifts of the Magi" on December 10, 1905. It was first published in book form in the O. Henry Anthology The Four Million in April 1906. Mr. James Dillingham Young ("Jim") and his wife, Della, are a couple living in a modest apartment. They have only two possessions between them in which they take pride: Della's beautiful long, flowing hair, almost touching to her knees, and Jim's shiny gold watch, which had belonged to his father and grandfather.

On Christmas Eve, with only $1.87 in hand, and desperate to find a gift for Jim, Della sells her hair for $20 to a nearby hairdresser named Madame Sofronie, and eventually finds a platinum pocket watch fob chain for Jim's watch for $21. Satisfied with the perfect gift for Jim, Della runs home and begins to prepare pork chops for dinner.

At 7 o'clock, Della sits at a table near the door, waiting for Jim to come home. Unusually late, Jim walks in and immediately stops short at the sight of Della, who had previously prayed that she was still pretty to Jim. Della then admits to Jim that she sold her hair to buy him his present. Jim gives Della her present – an assortment of combs, useless now that her hair is short. Della then shows Jim the chain she bought for him, to which Jim says he sold his watch to get the money to buy her combs. Although Jim and Della are now left with gifts that neither one can use, they realize how far they are willing to go to show their love for each other, and how priceless their love really is.

2. «The Nutcracker and the Mouse King» (Originally/German: «Nussknacker und Mausekönig»)- is a story written in 1816 by German author E. T. A. Hoffmann, in which young Marie Stahlbaum's favorite Christmas toy, the Nutcracker, comes alive and, after defeating the evil Mouse King in battle, whisks her away to a magical kingdom populated by dolls. In 1892, the Russian composer Pyotr Ilyich Tchaikovsky and choreographers Marius Petipa and Lev Ivanov turned Alexandre Dumas père's adaptation of the story into the ballet The Nutcracker, which became one of Tchaikovsky's most famous compositions, and perhaps the most popular ballet in the world.…

At the Christmas Eve Fritz and Marie - children of medical advisor Stahlbaum - obtained from the parents many gifts: dolls, wooden horse, toy hussars, tiny dishes, picture books. Godfather Drosselmeyer presents them miniature castle with gold towers, on which halls moves the ladies and gentlemen. A little later, an acquaintance of children with another toy - a little ugly little man by the name of The Nutcracker, able to crack hard nuts. 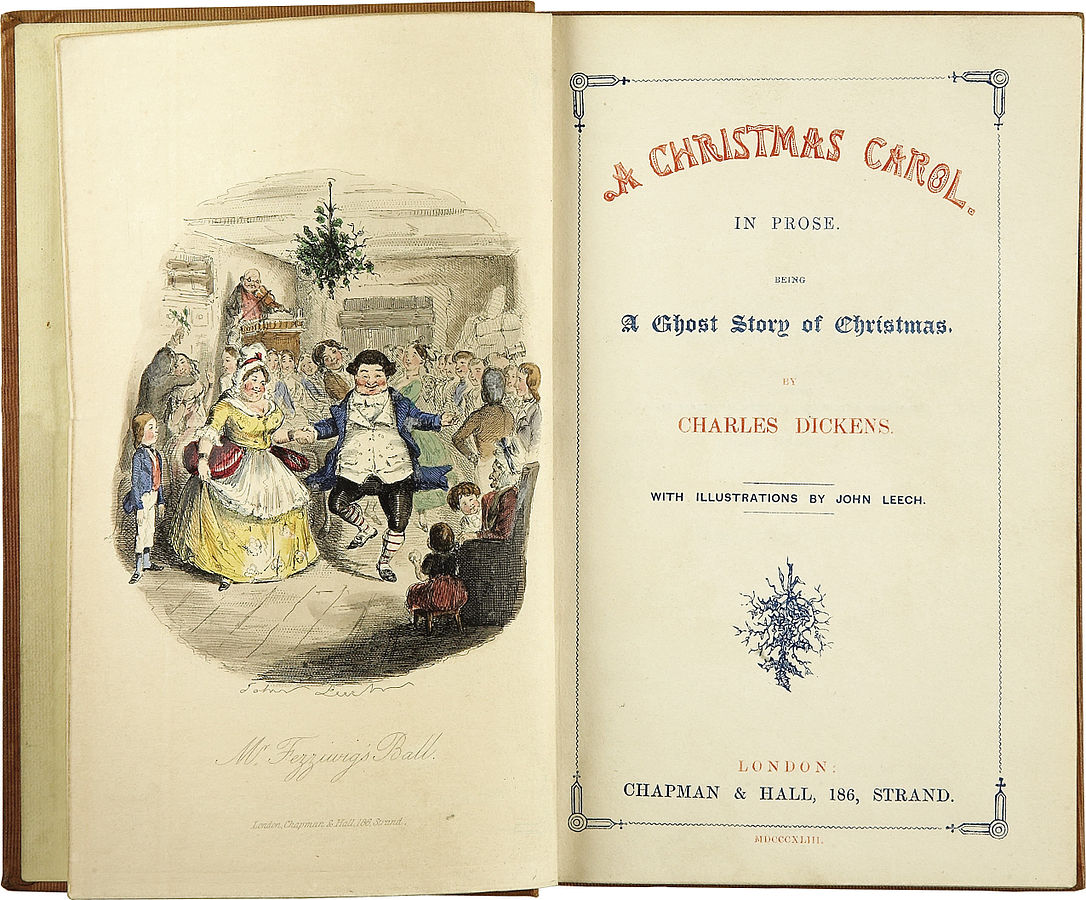 One of the «Christmas stories» of Dickens, became one of the most popular stories about Christmas in the UK and abroad.

The main character - an old grim miser Scrooge Ebineyzer, which had long been not liking anyone or anything other than his own money. He does not understand the joy that others feel about the approaching Christmas and Christmas time, and disdainfully reject the invitation of his nephew's good to celebrate Christmas with him and his family. He can not understand why people all day having fun and not work unless it brings them benefits and refuses to donate money to the philanthropists to help children in need.

4. «The Legend of the Christmas Rose» Kristuslegender, 1904 - Selma Lagerlöf. Work of the Swedish writer who received the Nobel Prize, cannot fail to impress the reader.

The plot is quite interesting: Once a year, at Christmas Eve in the deep forest, where the robber lives with his family, there committed miracle - blooms a beautiful garden, which blooms a beautiful rose ... Once the rogue's wife tells about this miracle to Abbé, who wishes to visit there with his novice. Novice nourishes hostility towards rogue's family, disbelief in these miracles and wonders what for will family of dirty robber be awarded that they can once a year to contemplate this miracle. And not at all rude and not stealing, but only disbelief can destroy this came down to the ground and kill him… 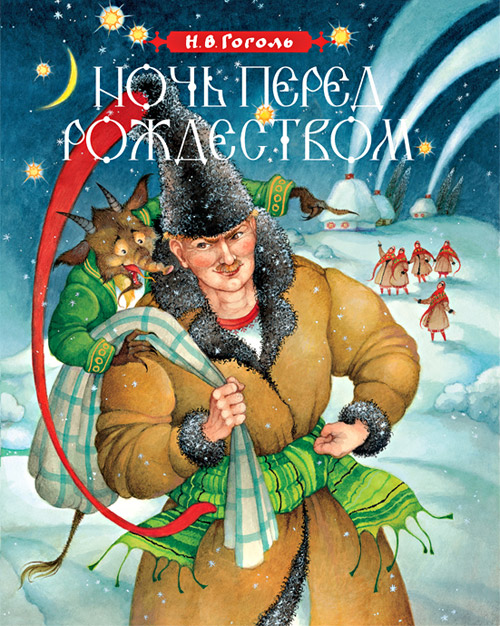 5. «The night before Christmas» - Nikolay Gogol

The action in writings takes place at Dikanka on the territory of current Ukraine country. Unnoticed by anyone, in the sky circling two characters: witch on a broomstick, which is gaining the stars in a sleeve, and the heck, who hides a month in his pocket, thinking that the upcoming darkness will keep at home a rich Cossack Chuwb, invited to dyak(official person in Ukraine until the 20th century - lector that leads cases of any institutions or orders) for kutya(Porridge, oat & rice, with honey, raisins, which may be eaten on commemoration or funeral in Ukraine and Belorus, sometimes in some regions of Russia) and hateful to heck smith Vakula (who draw on the church wall a painting of the Last Judgment, and put to shame by the heck) do not dare to come to Chuwb’s daughter Oksana.

People nicknamed author Clement Clarke Moore as «father» of Santa Claus. This book has become a classic and withstood a lot of editions worldwide. «The night before Christmas» - the famous poem, formed the modern image of Santa Claus.

Share:
Similar articles
#ALL
The Kazak Intelligentsia who married to ethnic minorities
1924
#ALL
Is it too late done? Or better late than never?
1968
#ALL
The Literature portal collective congratulated Tolen Abdik on his 75th birthday
1756

A topic was about the last migration

A girl chosen by the groom