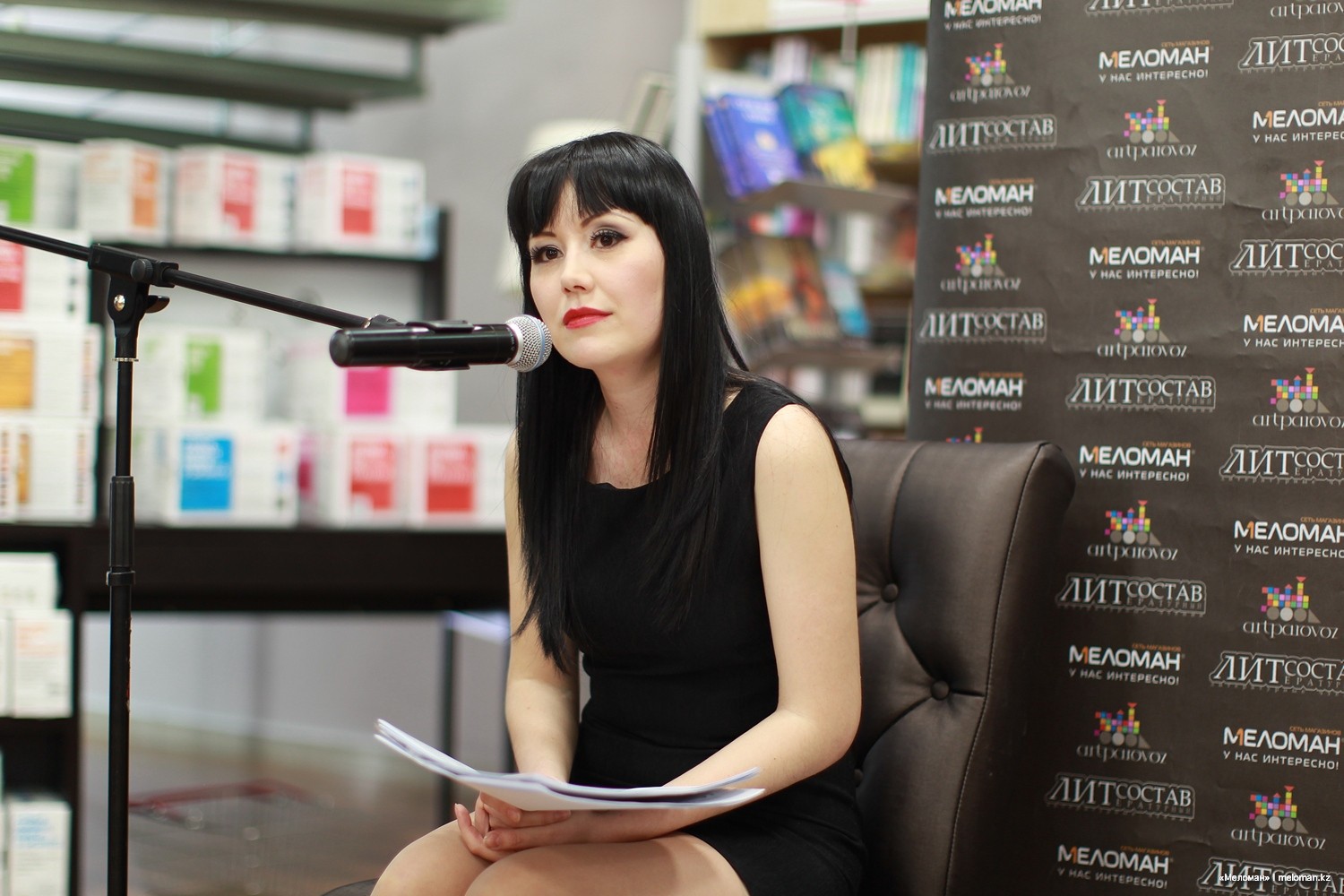 1. At the age of eight years, after passing the selection from more than 100 applicants, she became a TV presenter of children's programs "Cartoon riddle" and "The Golden Key" on the central Kazakh television.

2. The literary writer, a musician, a popular Kazakh TV presenter and journalist.

3. The great-granddaughter of the legendary Colonel Abylkhair Baymuldin, commander of Kazakh Hundredth Rifle Brigade, formed in 1941 in Almaty and commander of the 51st Guards Cavalry Regiment Division of General Dovator. Abylkhair Baymuldin was one of the first Kazakhs who received higher military education in Moscow during Second World War. After the liberation from the Nazi troops the Soviet city Nevel (Pskov region, Russia) near the Republic of Belarus, he was appointed as commandant of the city. A few years ago in the square named after Abylkhair Baymuldin were erected a monument to him.

4. She graduated from the postgraduate of the Kazakh National Conservatory named after Kurmangazy in violin and received a second degree in "Management" in Almaty University of Management (ALMAU).

5. The holder of the Grand Prix of the international competition of creative youth «Shabyt inspiration», in the category "Literature" for the book "Hardcore", which became a bestseller and opened a new stage in the development of modern Kazakh literature. As a musician - winner of the International Violin Competition in Italy, Austria and France. Winner of the UNESCO Prize.

6. Today "Hardcore" of Zara Esenaman presented in literature departments for young people in the Library of Congress in Washington and the New York Public Library.

7. The debut album of vocal and violin music "Tribute" of Zara Esenaman, was dedicated to her parents and teachers.

8. The album includes songs about the Great Patriotic War on poems of Mukagali Makatayev. It's called "Sogystin songi koktemі" ("The Last Spring of the war") and devoted grandfather, Colonel Abylkhair Baymuldin.

9. Repertoire of Zara as a performer is very versatile - it's Bach, Mozart, Vivaldi, works of Kazakh composers - Zhubanov, Tolebaev, Hamidiand others, as well as transcriptions for violin compositions by Leonard Cohen, Lou Reed, Serge Gainsbourg, David Bowie and many others of her favorite artists.

10. Over the years on television, Zara has become the TV presenter and well-known screenwriter of a number of television projects. For a series of programs "Kazakhstan - and the fate of peoples", created on the basis of the Interstate TV and Radio Company "MIR" Zara Esenaman was awarded by the Republican prize of the «Shanyrak» for "the strengthening of inter-ethnic harmony and unity in Kazakhstan".

Share:
Similar articles
#ALL
The Kazak Intelligentsia who married to ethnic minorities
2195
#ALL
Is it too late done? Or better late than never?
2207
#ALL
The Literature portal collective congratulated Tolen Abdik on his 75th birthday
1926