10 interesting facts about The Crime novel

The author of six volumes of the novel "The Crime" Qajıgumar Shabdanulı became the enemy of the Chinese empire and spent forty years in prison, five years under house arrest. 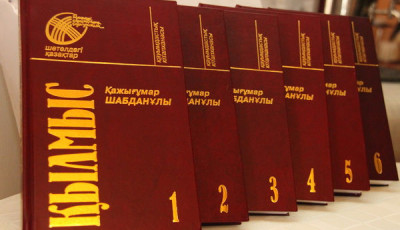 1. The author of the six-volume novel "The Crime" Qajıgumar Shabdanulı became the enemy of the Chinese empire, forty years in prison, five years under house arrest.

During the famine in 1932, the writer was forced to leave with some other people to Shaweshek together. When he was just seven years old. This information is written in the first part of the novel. In the case of a man depicted in the tragedy of the whole nation. Writer deficit seen a lot of life, immortal isolated adult prison during the day. However, the charges against him is a real unknown.

2. The multi-volume novel "The Crime" deserves to be break into the book of world records. Covering the entire half-century of this work will be on the paper side of the bars. The first two parts of the novel written by writer release. But before Qajıgumar Shabdanulı spent twenty years in prison. Hence the concept of the novel the writer's heart, brain manufactured twenty years. The remaining four chapters of the net caused just inside the walls of the prison. It is a rare phenomenon in the history of humanity, selfless labor.

3. The writer's novel was the "enemy" of Chinese empire, which in turn is a lot of conspiracy. The third part of them completely burnt out, again recorded in prison. Underground, reaching to Kazakhstan a well-known writer of the manuscript of the novel will go to the reader’s hand with help of Qabdesh Zhumadilov.

4. The novel "The Crime" on the genre side considers as Memoirs. However, where a person's past, not only the beginning of the general described the tragedy of the Kazakh people. The Russian classic poet Anna Akhmatova said: "I don’t accept the Memoirs as the literary genre. There is a lot of false. Those characters from the Memoirs that were recognized higher than those characters from the literature for me it’s opposite". Maybe Anna Akhmatova people didn’t have believed that the novel like "The Crime" will be written. Otherwise, she would completely refute this opinion. Qajıgumar Shabdanulı proved that he can bear the burden of proof of his memoir epic novel.

5. Each section of the novel begins with words "My “Almighty” investigator, if I’m adding something false hit my head!". Only through this form, the writer shows policy of Chinese of that time. When you read this work you can get know the psychology of the Chinese people, their internal worldview from deep insight. To get know the image-face of the Chinese people straight after the reading Nobel Prize winner Mo Yuan’s work netter to continue reading by the novel "The Crime".

6. If the novel "The Crime" will be translated into English, French, it could be read too much times. Because in the history of literature - memoirs novels full of adventure events read a lot in the world. Moreover, it exposes the historical truth of the genocide in the history of mankind a great novel. In most cases, the Nobel Prize was given to such works.

7. "The Crime" novel derivatives have proved that it is able to attend all of human life for the energetic. For example, the first section of the novel the main character from Bigabil’s family three two rolls for China's road construction work at the plant. In the evening, eating two separate rolls of six people who cherish. Now, no Bïğabil slaughter Uighur butcher employment, salary sheep's blood. October blood clots tend to grill one of the family. Roman is experiencing such terrible episodes.

8. In 1932, the novel "Crime" hand-made famine, one of the first works are exposed. It is published as a book many years, the manuscript was lying.

9. "The Crime" novel changing the names of the great political figures of the Kazakh people. Kazakh fought against in order to unite the empire famous smallpox brave and brilliant novel, this cozy Babalıqulı displayed. At the same time, together with Kazakh origin citizens concerned about China, which scares. These persons must be researched in the history as “Alash” figures.

10. At the end of the novel "The Crime": "there is no crime in the world of the great loss of their homeland," the report says. Qajıgumar Shabdanulı did not see the surface of the country since 1932. China is strictly prohibited. Dream home for a lifetime of achievement of the dust of the earth, regret died. Things go well with the rest of the rich heritage is the source of the writer, to the attention of the world will be our duty to our conscience. 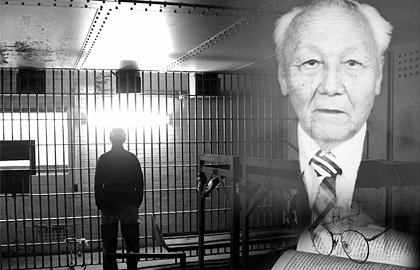 Similar articles
#ALL
The Kazak Intelligentsia who married to ethnic minorities
3498
#ALL
Is it too late done? Or better late than never?
3200
#ALL
The Literature portal collective congratulated Tolen Abdik on his 75th birthday
2408