I HAVE NOT HEARED THE HEART ... 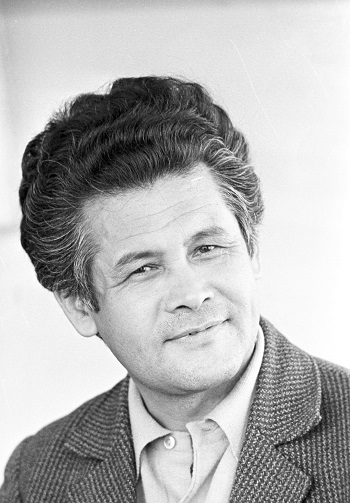 Children's writer, classic Berdibek Sokpakbayev passed away on July 24, 1991 in his country house near Almaty. About his sudden departure in society there are different opinions. The second wife of the writer Bibigul Konysbaev, with whom he lived at the time, says that he had a heart attack. For these 20 years, the woman voices the journalists this version.

His last years the writer preferred to be alone, did not communicate with anyone, and on that ill-fated day in the house he was alone. It is inherent in the Kazakh people not to disclose such cases, and all the subtleties of death remain a secret, among the closest. And Berdibek was buried in silence. But, after many years, Kadyr Mirzaliev's book "Jazmysh" is published, where events are described in detail that a heated controversy broke out among writers. There the author of the book narrates about the death of Berdibek: "Berdybek Sokpakbayev by nature was a strong and well-fed Kazakh, a man from strong and healthy ancestors, and most importantly, a strong spirit. Not to mention serious illnesses, he never melted with minor illnesses, was not exposed to a cold, the word was a big man. Well, his work was dedicated only to realistic, unvarnished plots, where there was no place for pompous works, where there is a lot of water. One day our brother was no more. So, suddenly. I did not believe the words of people, I did not want to believe my ears. I could not allow such a thought. But believe, and do not believe! The deceased cannot be resurrected. We spent it on the last journey. The writer was given a nugget to the black earth. We buried him with our own hands. But still the soul was tormented by doubts. A sensitive person feels something is wrong. Feels! I suspected, and my suspicions were justified. Later, from the recognition of my colleague who was an eyewitness of the death of Berdibek, I learned that he, four other men, had personally removed the corpse of the writer from the rope at the Kensai dacha (house for summer vacations). The Kazakh press kept silent about how the writer died. We ourselves did not know anything. The Kazakh reader still does not know how Berdibek left. " Thus, the entire Kazakh society will learn the details of the writer's demise ...

PERSECUTION OF THE KGB

In the words of Sain Muratbekov, "Berdibek wrote only the truth, and did not spend paper just like that." And his death made us think not only the closest, but also the readers. "Why?", "Why?" Tormented by questions. Indeed, the author of a favorite of children of different generations, the work "My name is Skin", "The Dead Do Not Come Back" could have killed themselves like that? Even if he wanted to settle his life, who or what prompted him to take this crazy step? 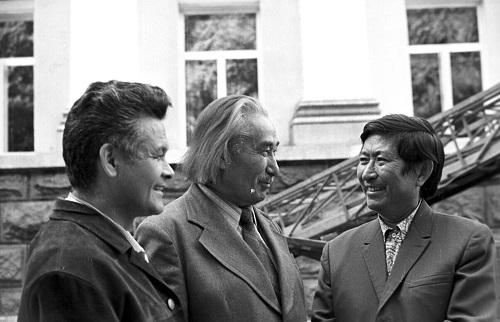 The news came to us that he died of a heart attack. We all believed this outcome. Later, more and more, rumors began to emerge, different conversations related to death. The first time I heard this conversation, I involuntarily remembered my brother's words. "Someone is following me," what did he mean by that, warn? Who pursued him, for what? Why did he not tell the truth? Maybe they contributed to suicide? "Such thoughts did not give rest. My brother could not hurt anyone, so that someone could pursue him, for revenge. The reason may be that he loved to speak only the truth ... to ask about the death of Bibigul-tate did not suffice me. I did not want to fray the old wound, and cause pain. His last journey was spent by Bakkozha Mukai. The whole funeral was organized by him. All the details of the death of the writer are known to him ... "- she said, this is evidence that the life of the writer was restless.

LETTER OF BERDIBEK WITH A REQUEST FOR FREEDOM

Muzafar Alimbaev said that in 1958 the writer was persecuted from the KGB. This control intensified in the seventies. This was facilitated by the World Conference of Writers of Asia and Africa, held in Almaty in December 1973. This is what the writer Rymgali Nurgaliyev wrote in his book "Taudan tusken adam" to Berdibek Kunaev: "At one time I not only went to Kazakhstan, I complained even further. Thinking that there is justice, the truth. I wrote a telegram addressed to the World Conference of Asian and African Writers held in Tashkent, that I have no shelter, and drew trouble. And the KGB, the Central Committee, and the Writers' Union chased me like a dog. It was at a time when your glory was beyond limit, but you did not give me a helping hand, and now you are tormenting my heart, praising me. ALL OF US TOLD IS LIES. ALL LIES. AND IN THE BOOKS WRONG. IN THE NEWSPAPER. ATTITUDE BETWEEN PEOPLE IN FAITH. LIES. LIES. I LIED FROM EVERYTHING, "he writes. This conversation was after Kunaev was removed from office. 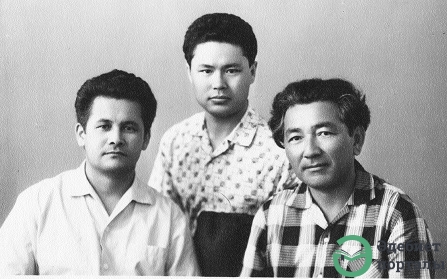 Why did not Berdibek write?

Berdibek Sokpakbayev with all his heart and soul was against Soviet power. Especially this dislike he spells out in his novel "Ulgender Kaytyp kelmeidi", where the author through sarcasm, pathos and jeer reflects the realities of society. This work, although it was published, was subjected to a hard purge. Many fragments did not pass the barriers of censorship. "I did not write lies. They distorted the whole truth, they did not give it to the press. Why write a lie is better not to write at all? "The writer seems to have decided for himself. Because to everyone who asked: "Why do not you write?" He answered exactly that way. But the writers did not believe that he was not engaged in creativity. Kadyr Myrzaliyev writes about this: "Sometimes our paths intersected, and each time we warmly greeted each other. At that time, I worked in the editorial office of the journal Zhuldyz. He also quit his job and was engaged in free creativity. - Beke, what are you writing? - I ask. -What should I write? I'm not writing anything. Better than me a drunkard! They at least have a good time. I'm not saying that I will not write at all. I want to write. But they do not let you talk about truth. And I do not want to write lies! - he joked, but at the same time he talked about the sore point. - I was born a writer, which means that we must deal with creativity. How can a writer without a letter?! Can! But it's hard to give! But there is no choice! I did not believe the answer to Beke. I still do not believe it. God knows, Becke wrote about something. But after the World Conference of Writers of Asia and Africa, passed in Tashkent, he was greatly afraid. Because after that he was persecuted by the KGB. I do not doubt this. But I repeat, at that time he wrote a powerful work. Russian writers published their forbidden works abroad. Beke knew this well. Do you think he did not review all possible and impossible ways? God knows, looked. Although he did not plan to publish, he planned to finish writing accurately. All summer time he spent at the cottage. And what was he doing there, collecting weeds?! Of course, he was engaged in creativity. But, as the saying goes, "the enemy did not take long to wait." The wreckers did get to the bottom of his letter, and eventually they killed him himself. If my guesses are accurate, then this manuscript has already been destroyed! What could be worse than this! .. In the last days of his life, Berdibek withdrew into himself. He strongly felt the intensity of the threat! "- recalls the poet. Perhaps ... Maybe he wrote ... it's impossible to believe that a creative person does not touch the pen. But if there was a manuscript, then where is it?

"HE WAS NOT AFFECTED, IT HAS BEEN HAPPENED ..."

So, in the environment of Berdibek there is a lot of understatement, unsolved mysteries. Those who know him close, people say that "Berdibek was not from the category of suicides". The majority have the opinion that "it may have been killed, but the manuscript was destroyed." Especially the poet Kadyr writes passionately about it: "Anyway, I do not believe that he could have committed suicide. His death is similar to the death of Sergei Yesenin. There, too, smells of crime, "- so he hints at the communion of other persons.

The Russians, after all, proved that Yesenin was killed. So, they raised the name of their favorite poet. And we still have not been able to justify Berdibek ... We did not hear the cry of the sublime heart, which was torn to freedom. Only after in 1992 his body was found hanging on an apple-tree, the poet Otjazhan Nurgaliyev, who was broken by this, said: "By his death, Berdibek might want to tell us something. And you, hiding his death, from the people hid his last thought. You encroached on his freedom even after his death. "... In the end, the poet wrote a poem" The Dead Do Not Sleep, Why Are the People Slow? "(" Olgender Oyau, tiriler nege qyqida? "). Reading a fragment of this poem, you can think about whether we are in the shroud of drowsiness? ...