The Grapes of Wrath: 10 surprising facts about John Steinbeck's novel 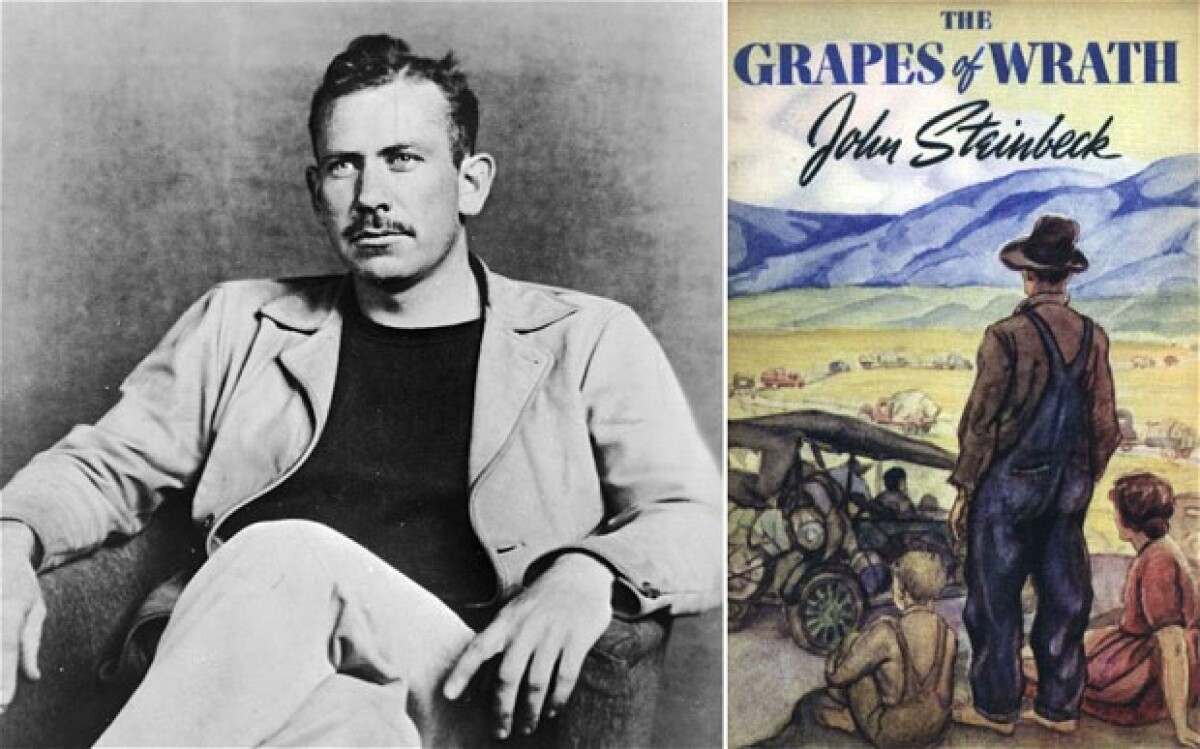 John Steinbeck's novel The Grapes of Wrath is 75 years old. Here are 10 things you might not know about the classic of American literature

John Steinbeck was awarded the Nobel Prize for literature in 1962. His 1939 book The Grapes of Wrath, published 75 years ago on April 14, has sold more than 14 million copies in the past 75 years. Here are 10 things about the novel that may surprise you. 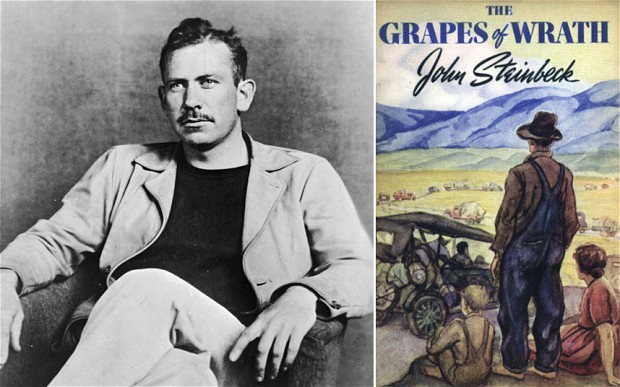 The book gave Route 66 its nickname

In The Grapes of Wrath, Steinbeck became the first writer to refer to Route 66 – the two-lane, 2,448-mile-road that connects Chicago to Los Angeles – as the "Mother Road". In doing so, he helped capture the road’s image of redemption and turn it into a cultural icon. The fictional Joad family of the novel was an example of the thousands of people migrating to California to escape the despair of the Dust Bowl states, and many used Route 66. "66 is the mother road," Steinbeck wrote, "the road of flight."

His novel was burned and banned

The Associated Farmers of California dismissed the novel as a "pack of lies" and "communist propaganda". The book was briefly banned in the Soviet Union by Joseph Stalin, because the ruling Communist Party was troubled by the thought that it showed that even the most destitute Americans could afford a car. Steinbeck received death threats and the FBI put him under surveillance. The book was banned in many libraries and copies were symbolically burned in towns across America. When WB Camp, one of the most successful cotton producers in California, presided over its burning in Bakersfield, he said: ''We are angry, not because we were attacked but because we were attacked by a book obscene in the extreme sense of the word.''

It came out on a Friday

The book was published on Friday April 14, 1939, on the same day that the film Wuthering Heights, starring Laurence Olivier, had its premiere in New York. It was also the day that President Roosevelt wrote to Hitler to say: "Are you willing to give assurance that your armed forces will not attack or invade the territory or possessions of the following independent nations?" with a list that included Poland, Belgium, France, Great Britain and Ireland.

The novel was written over five months (June-October 1938) and his diaries (Working Days: The Journal of The Grapes of Wrath) show a man losing control and confidence. He was writing shortly after the death of his brother-in-law and it was a time in his life when he was plagued by doubts about the prospect of war and worries over the sale of his house in California. "Did ever a book get written under such excitement," he wrote. "My whole nervous system is battered. I hope I’m not headed for a nervous breakdown. My nerves are going fast. . . I wish I could just disappear for a while. So many things to drive me nuts. I’m afraid this book is going to pieces. If it does, I do too." When it was finished he wrote: "It isn't the great book I had hoped it would be. It's just a run-of-the-mill book." The run-of-the-mill book won the 1940 Pulitzer Prize for Literature.

He was proud of his research

While writing The Grapes of Wrath, Steinbeck visited Arvin Federal Government Camp near Bakersfield, portrayed as "Weedpatch Camp" in the novel. The camp is still used by migrant workers.

You should have kept your first edition

How the title came about

The title was taken from The Battle Hymn of the Republic (Mine eyes have seen the glory of the coming of the Lord/He is trampling out the vintage where the grapes of wrath are stored) written by abolitionist Julia Ward Howe in 1861. "I like the song because it is a kind of march and this book is a kind of march," said Steinbeck. The novel has been chosen only once as the Desert Island Discs book of choice, by former newspaper editor Derek Jameson, although singer Petula Clark picked his collected short stories.

Darryl Zanuck purchased the film rights for The Grapes of Wrath for $75,000. Concerned about controversy, Zanuck decided to hold the premiere of The Grapes of Wrath in New York. The film, directed by John Ford, received glowing reviews. Steinbeck said Henry Fonda's performance as Tom Joad made him "believe my own words". Steinbeck and Fonda remained friends and the actor read Alfred Lord Tennyson's poem Ulysses at Steinbeck's funeral in 1968.

The Wrath of Grapes

Steinbeck is not the only author to use the title The Grapes of Wrath for a book. In 1917 Boyd Cable (1878-1943) wrote a book of stories under that name, subtitled 'Twenty-four Hours in the Life of a Private Soldier', about the First World War. There was also a Twenties temperance book called The Grapes of Wrath. In 2003, Lewis Perdue wrote a book called The Wrath of Grapes, about the wine industry.

Bruce Springsteen is the proud owner of a bronze bust of John Steinbeck, presented to him with his Steinbeck Award in 1996 from the Steinbeck Centre at San Jose State University, in California. Springsteen, inspired by the songs of Woody Guthrie about the Dust Bowl era, had recorded a song based on The Grapes of Wrath called The Ghost of Tom Joad.