“From Beowulf to Virginia Woolf” went the quip encapsulating the university canon of English Literature in the latter half of the 20th century. But it is easy to forget now that Beowulf – an epic of sixth-century Scandinavian warriors and monsters named after its hero – was once as much an upstart invader of the syllabus as Woolf’s modernist novels. 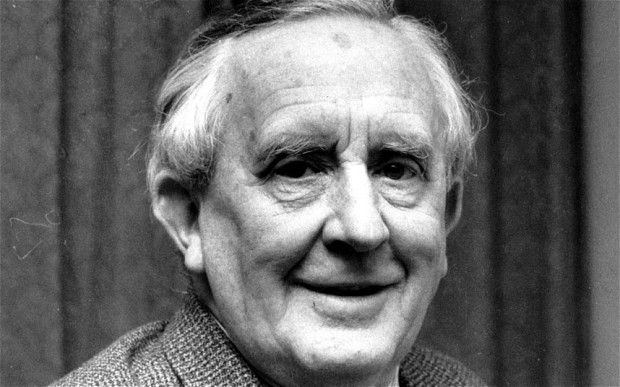 Almost lost to fire in 1731, the contents of the tattered 10th-century manuscript were first published in 1815. For over 100 years, The Beowulf, as it was known, was regarded as a valuable historical source by scholars, but held no interest for critics seeking narrative skill or poetic subtlety.

JRR Tolkien changed all that. “Beowulf: the Monsters and the Critics” (1936), a paper he delivered to the British Academy shortly before the publication of The Hobbit, strapped a patriotic rocket to the poem's reputation. It was, Tolkien argued, the work of “a mind lofty and thoughtful”, “a greater man than most of us” and (importantly) “an English man”, whose Christian-era evocation of a pagan past “moves in our northern world beneath our northern sky”.

Tolkien’s critical championing of Beowulf was a manifestation of his desire – partly born out of the trauma of the Great War – to create an English treasure-chest of North European mythology. This found a literary home in Middle Earth, the fictional land elaborated by the Lord of the Rings trilogy.

Tolkien’s translation of Beowulf, however – published now for the first time – had more immediately practical origins. In 1925, he became Professor of Anglo-Saxon at Oxford. The following year, he completed what was presumably to be a touchstone text for his teaching on the poem. But he never attempted to publish it, and it remained partly written by hand until the early Forties, when his teenage son, Christopher, typed up the drafts.

Now in his 90th year, Christopher Tolkien has finally added it to the roll of Tolkieniana that he has been shepherding into print since his father’s death in 1973 – most recently, The Fall of Arthur (2013), an unfinished poem from the Thirties written in the alliterative metre of Anglo-Saxon verse.

READ: IN DEFENCE OF JRR TOLKIEN 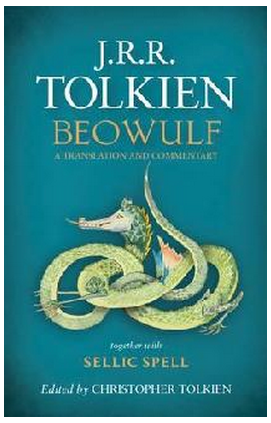 The first disappointment, then, of Tolkien’s Beowulf is that it is in prose – and long-winded prose at that. This literal rendering is faithful to the formulaic circumlocutions, inversions and amplifications of Old English poetry – a heroic style that evolved to while away a winter’s night, but which loses something when locked into the frigid grammar of a legal document: “Thereafter not far to seek was the man who elsewhere more remote sought him his couch and a bed among the lesser chambers, since now was manifested and declared thus truly to him …’

Encountered in this form, it is easy to see why Kingsley Amis, who was taught by the “inaudible” Tolkien at Oxford, described the poem to fellow student Philip Larkin as “anonymous, crass, purblind, infantile, featureless”.

WH Auden, however, who had attended Tolkien’s lectures in the 1920s, recalled being “spellbound” by his recitation of a passage of Beowulf: “This poetry, I knew, was going to be my dish”. Auden’s own early poetry subsequently drew much of its power from the weird, brooding mood of Anglo-Saxon verse and its scrimshawed wisdom: “Doom is darker and deeper than any sea-dingle”.

Moments of comparable potency flash out from Tolkien’s prose, especially during the grand guignol fights with three monsters that were at the heart of his enthusiasm for the poem ("Fingers cracked. Out would ogre go"). Foreseeing his fate if he is defeated by the man-eating monster Grendel, Beowulf envisages how he “a bloody corse will bear, will think to taste it, and departing alone will eat unpitying, staining the hollows of the moors”. The same bleak landscape is crisply caught in Tolkien’s little pen-and-ink sketches, reproduced on the book’s cover, of the “wood clinging by its roots” around the mere where Grendel lives.

The lost world of high-minded male-bonding and ale-quaffing that this volume really evokes, however, is that of the Oxford where Tolkien went drinking with fellow-scholar and mythologiser, CS Lewis. Christopher Tolkien has added as a commentary some lively lecture notes from the Thirties, which pedantically deprecate the standard translation of the Anglo-Saxon metaphorical “kenning” for the sea as “whale-road” (“the unfortunate sound-association with ‘railroad’ increases the ineptitude”, Professor Tolkien observes, suggesting “a sort of semi-submarine steam-engine”).

Also included are two minor original compositions, “Selic Spell” and “The Lay of Beowulf”. The editor recalls his father singing the latter “more than 80 years ago”. This “memorial volume” is a touching tribute to that man. But the various available poetic translations that Tolkien’s advocacy enabled – famously by Seamus Heaney, also by Michael Alexander and Kevin Crossley-Holland – are unquestionably preferable as modes of modern whale-road transport.

Share:
Similar articles
#LITERARY NEWS
‘English Rakugo Show’ took place in Nur-Sultan
1649
#LITERARY NEWS
Astana hosts an Eurasian Literary Forum under a title “The Power of a Word in a Modern World” these days
3577
#LITERARY NEWS
It has been 93 years since the Union of Writers of Qazaqstan was established.
8522