Home Literary process As Sherlock Holmes has changed the world

As Sherlock Holmes has changed the world 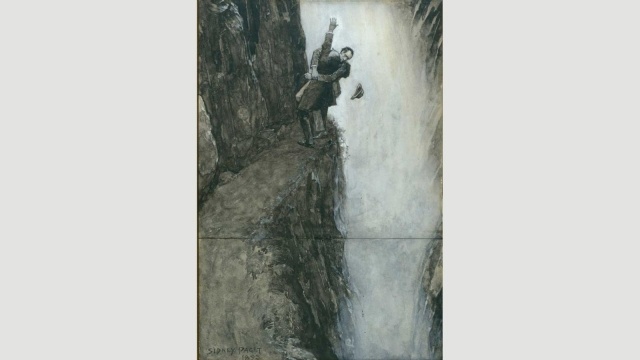 The modern fandom couldn't exist without the known creation Conan of Doyle. In 1893 sir Arthur Conan Doyle has dumped the detective by the name of Sherlock Holmes from break. The fictional rock was in Switzerland, on Reykhenbakh falls. But actually Conan Doyle has done all dirty work, without leaving the house in London where he wrote books. “With an aching heart I statrt the last lines of these memoirs narrating about unusual talents of my friend Sherlock Holmes”, – the story-teller doctor John Watson in the story Conan of Doyle says the Last business of Holmes who has seen the light in the The Strand magazine in December, 1893.

Conan Doyle at the same time tested much less emotions. “I have killed Holmes”, – he has just written down in the diary. And you see, Conan Doyle, the hair of which combed back flicker in a flame of candles, and he with triumph tightens up smart moustaches. Later he will tell about the famous character so: “I so was satiated with him that I have remembered paste from a fuagr whom I have somehow eaten too much and still I remember his name with disgust”.

Perhaps, having finished the publication of stories about Holmes, Conan Doyle thought that on it everything will end. And if he really so thought, so very badly understood true admirers of literary texts – and Holmes's admirers, in particular. The public response on the death of the character wasn't similar to anything from earlier reactions of people to fictional events. More than 20 000 readers have cancelled the subscription to “The Strand” in protest at a premature demise of Holmes. The magazine as a result has hardly kept afloat. His employees remembered Holmes's death as “a dreadful event” subsequently.

The legend says that the whole month after Holmes's death young people across all London carried a black mourning crêpe on hats or on sleeves though recently this fact is called in question. (Some admirers of Holmes have assumed that history could be the author's exaggeration of the son Conan of Doyle stated in interview.) The indignant readers wrote letters to magazine with the requirement to transfer their messages to Conan Doyle. The text was usually short: “You are cattle!”. In America have begun to create clubs under the name “Let's Keep to Holmes Life”. Conan Doyle, seeing the protest weapon set on him from all directions, he began to justify himself and call this death “involuntary manslaughter”, meaning, of course, himself, but not Moriarty. 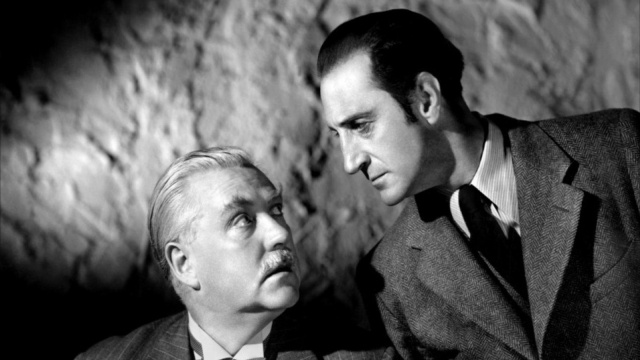 Echoes of events of that time bear one day known to us on the Internet in 2015 a strong resemblance. But in due time Conan Doyle, of course, had more reasons to be surprised to what occurred around. Fans never did anything similar earlier. (Actually, then there was even no concept of “fan”. The term has appeared much later as reduction from the word “fanatic”, and it was originally used for designation of the American fans of baseball.) Readers usually just accepted everything that occurred in their favourite books, but then they have moved further. Now they create own pop culture and wait that favourite works will meet their expectations. It seems, now in the relations with authors they count on reciprocity.

Fan madness. Inveterate admirers of Sherlock Holmes have helped to create very modern practice of a fandom. It is interesting that the sure gait of Holmes on the world proceeds to this day, generating infinite reconsiderations, such as the American criminal series “Elementary” and “Sherlock” of VVS channel which has returned with a long-awaited special series in the first day of New Year and has forced modern Sherlock and Watson to be transferred to the Victorian era.

Holmes has for the first time appeared in 1887 in the story the Etude in crimson tones. From the very beginning he has found great popularity – such large-scale that Conan Doyle has begun to regret already soon that he has thought up him as stories about Holmes have overshadowed everything that he considered the serious work (for example, his historical novel Mikhey Clark). Every time when “The Strand” published a modern history about Holmes, readers since morning queued at newsstands. One historian has even written that because of Holmes Conan Doyle “wasn't less famous, than the Queen Victoria”. 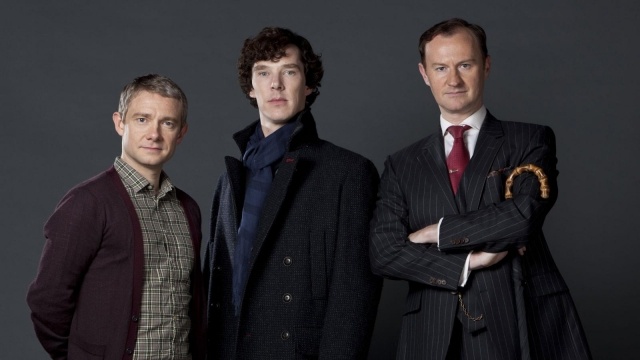 Holmes's fans were generally natives of the arising middle class – groups of people whose tastes will be condemned for a long time by cocky critics as populist. They have forced out interest in serious books, waited for only cheaper version of popular novels. The historian David Paine describes them as “in the most of representatives of the lowest average and average classes, city dwellers, not especially intellectual, not attending public schools, working much people – the first real mass modern readers”. The “The Strand” magazine attracted them fascinating as we call it now, genre stories – riddles and science fiction from writers of Wells and Jules Verne.

Demand for stories about Holmes seemed infinite. Conan was ready to pay “The Strand” generously to Doyle for everything that he could give them. But he wasn't going to spend the life rest behind commission and disclosure of fictional crimes. He only wanted to earn additionally a little then to have an opportunity to be engaged in “true art” and to write novels with ideas and political statements which seemed to him important.

By 1893 when Conan Doyle was executed 34, he has understood that for him it is enough. He seriously wanted to go in the footsteps of sir Walter Scott. Therefore he has created the evil embodiment – professor Moriarty, and that has dumped Holmes from the rock down.
It was required the whole eight years, but by 1901 the public pressure nevertheless became so big that Conan Doyle has written a modern history “The Hound of the Baskervilles”, having shown in it Holmes until his falling. In 1903 in the Empty house he has gone further away, having revived Holmes with an explanation that when falling from falls only Moriarty while Holmes dramatized own death has died. Fans have rejoiced.

Life after death obsession of fans of Holmes has only amplified since then. The difference consists only that now we have already got used to existence of various fandom and their activity. Nevertheless, aficionados of series of the Air Force of “Sherlock” have managed to surpass all. Fans of show which star is Benedict Cumberbatch as modern Holmes don't get out from the London network “Speedy's Café” in which Sherlock and Watson like to look (him Martin Freeman has played). They gather on streets, once the film crew removes somewhere out of the pavilion so sometimes it even creates problems. (Last time when removed on Hoover Street which represents in series Baker Street, not less than one thousand people have gathered there.)

In China admirers have gone further and have turned this embodiment of Sherlock (whom they call “Curly Foo”) and Watson into a couple of fans of a slash. The Japanese fans, having flicked out tongue languages, draw a manga based on “Sherlock”. The Korean pop group “SHINee” has written down the song devoted to him. Cumberbatch's admirers have created separate group under the name “Cumberbitches” whose obsession a star can be compared unless to Beatlemania.

As TV-show of the relation of “Sherlock” with fans develop not easy. His creators can sometimes wink in some scene at admirers as it was in the first episode of the third season which all has been constructed on fan theories how actually Sherlock has survived. There are some similar jokes and in “The empty house”. At the same time one of authors of series Stephen Moffat speaks of admirers very scornfully and Cumberbatch considers fanfik based on “Sherlock” absurdity. And it is unimportant that series it is possible to call fanfik based on the Victorian works Conan Doyle too.

Of course, Sherlock's ability to cause such strong emotions in the admirers confirms once again how strongly they love him. And, discussion of the fictional detective lasts more than 120 years and has endured much, it is a lot of adaptations.

The coauthor of “Sherlock” Mark Getiss who also plays the brother of detective Maykroft, considers that Conan Doyle has created the characters not subject to time. “I think that people derive such pleasure from show more because stories Conan of Doyle are actually very good, – he has told in one of interview. – For many years of establishment of infinite Victorian versions, people have a little forgotten partially as far as they are excellent! They are easily read, quickly capture imagination and chill blood the adventures described in them. And it what we wanted to make”.

Getiss has also noted that Holmes is one of original fictional detectives – most of other lonely fighters against crime created after him were either his exact copies, or direct reaction to him: “All the subsequent are only the people continuing to bend the line of Sherlock and doctor Watson. Agatha Christie has obviously pulled down idea, though has created Poirot chubby the pudge, but not high and thin. He needs Watson so she gives him the captain of Hastings. Where you have looked, everywhere you will see the same model. That is why I think that he is immortal”. 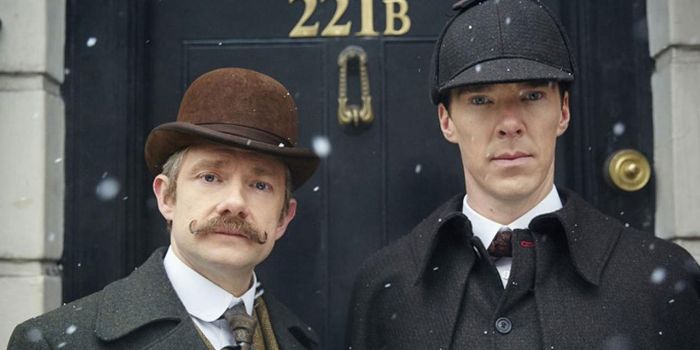 Only look at a circle of modern heroes of a TV show. Many of them speculate on a brilliant, though modified formula of Holmes. “Without suspecting that, Doyle has brought a brilliant idea into the world that the super-intelligence is given at the price of some sort of social dysfunction, and many of us use this narrative core still”, – Moffat has told. – “Sherlock the genius and therefore he is a little strange. I don't know whether often so happens in real life, but in books it occurs pretty often”.

In other words, throwing Sherlock Holmes from break, you have no chances to kill him. He always comes back, in this life and in following. And fans by all means will wait for it.