Home Literary process In the library of the first President

In the library of the first President

"Literary Portal" decided to tell its readers that, what reads the President, how he reads and what kind of a reader he can be called. Absadirova Sandugash Hamitovna, head of library work at State Library of the first President of the Republic of Kazakhstan-leader of the nation ", which described the library Fund of first President and held an exciting excursion helped us in this. 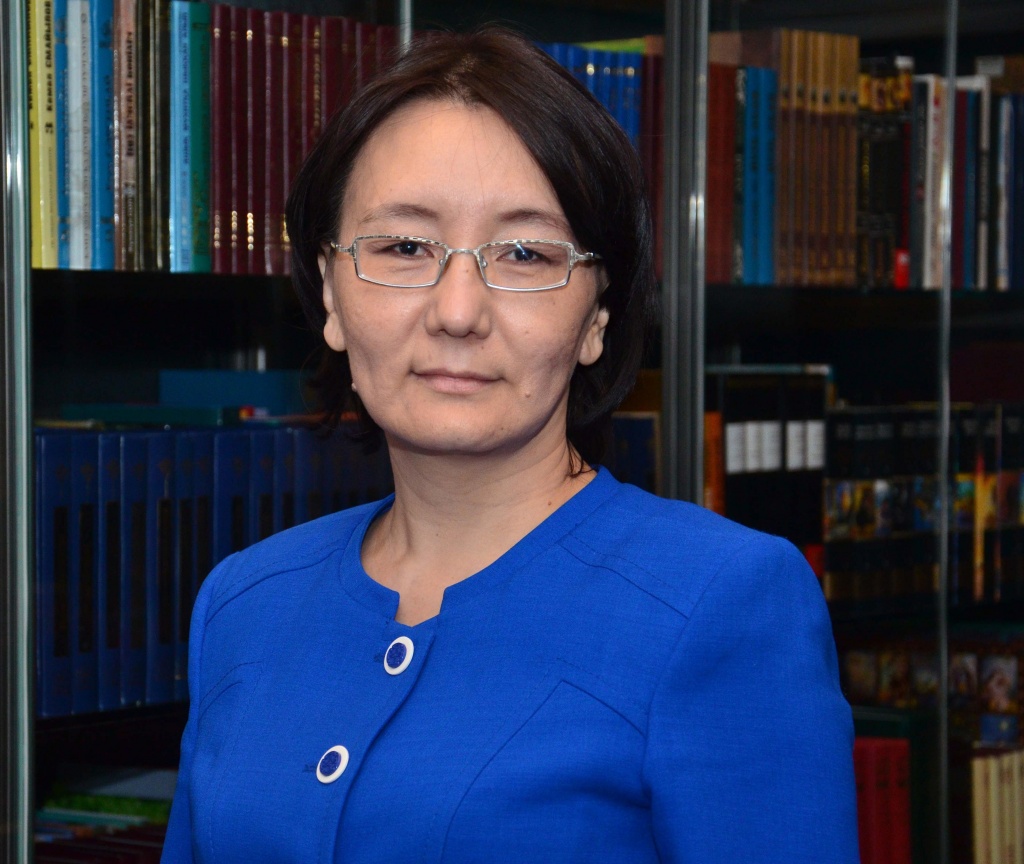 Briefly about the library Fund of first President 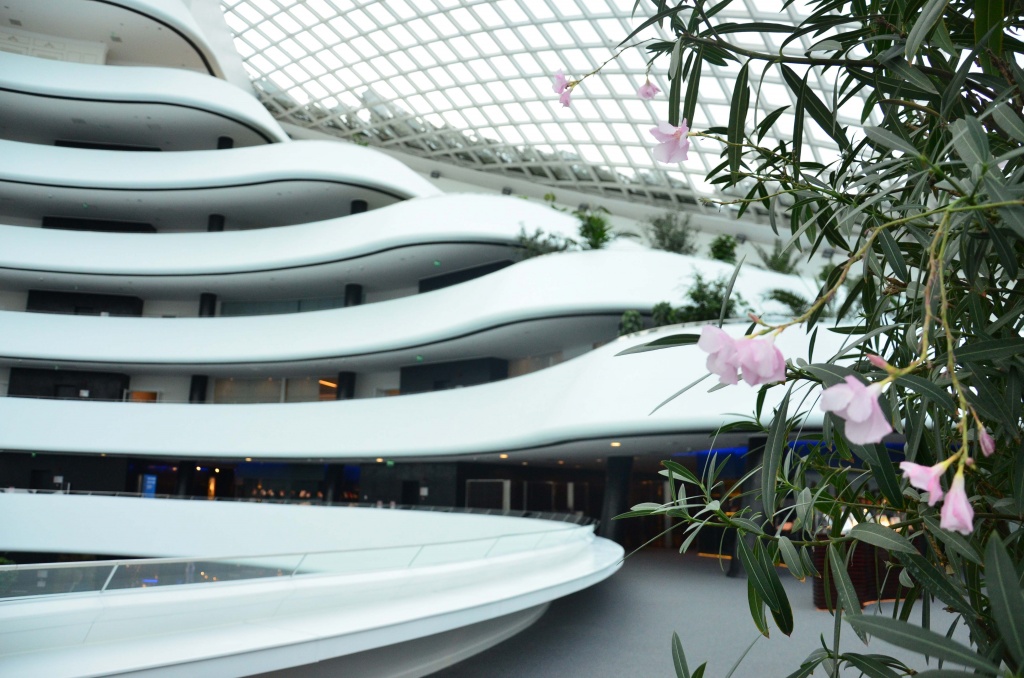 Library Fund placed in the three galleries. The first gallery-personal collection-contains books that were presented as a gift to the head of State of prominent public and political figures, Presidents of the world's States, artists, culture, etc. Here is a rare Fund, a books that collected the President himself, starting with the 1960-ies. The second gallery is a Gallery of independence "Palace of Kazakhstan"-contains literature about Kazakhstan, about the history of independent Kazakhstan, works of the head of State and books about him. The third gallery-world fiction-contains the best examples of classic world literature, works of world classics. A special place here takes a collection of Kazakh literature. On the initiative of the head of State in 2004, was adopted the State programme "Madeni Mura"(Culture Value), books published under this programme are also represented in the library. 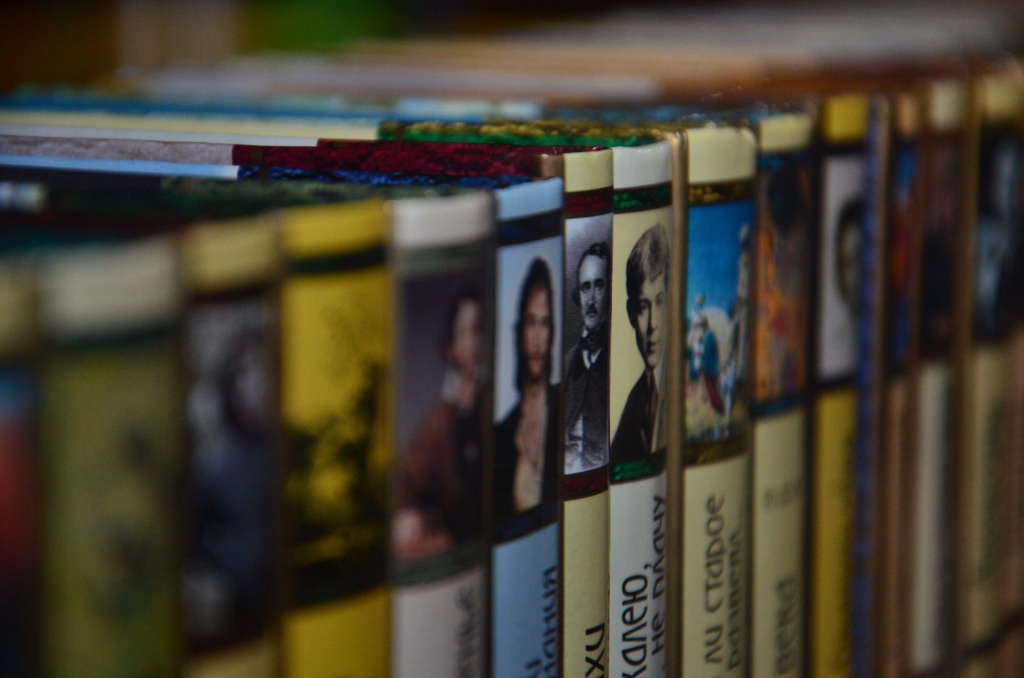 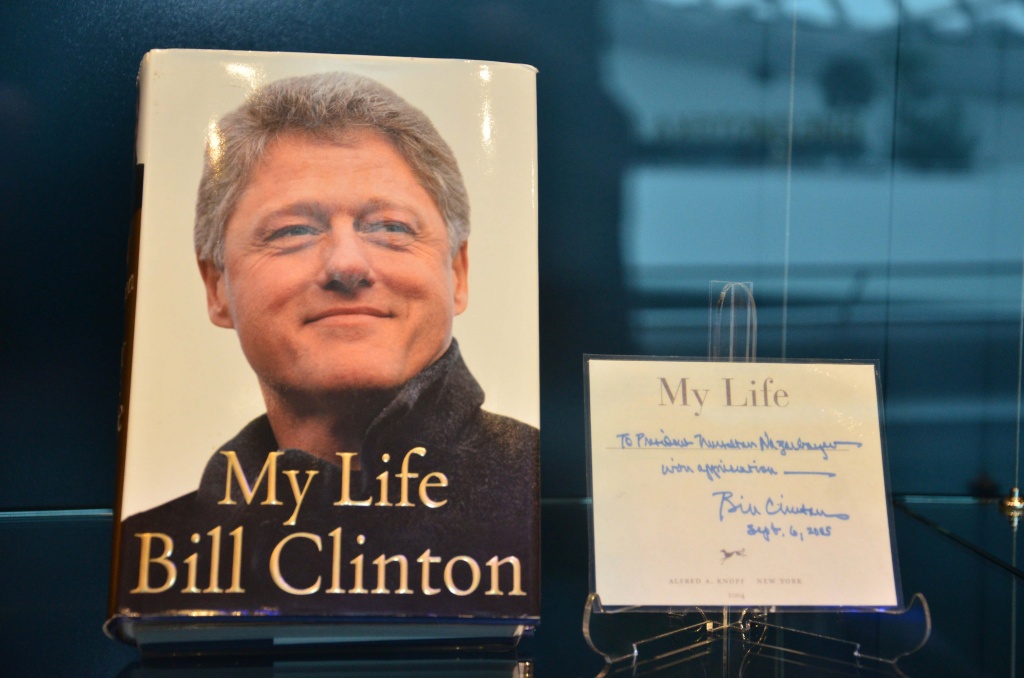 Currently,Service of library work are forming the electronic collection of books with dedicatory inscriptions, so everyone could see this on the site collection that numbers more than 300 books. The collection will be included in the electronic catalogue, which is scheduled to launch in December this year.

The Foundation contains of several specific materials. Literature is formed only about history of independent Kazakhstan on topics such as: history of Kazakhstan statehood, political activities, international security, economics, sociology, philosophy, fiction (world and Kazakh classic).

Users and readers of the library engaged in research may engage in private reading areas. 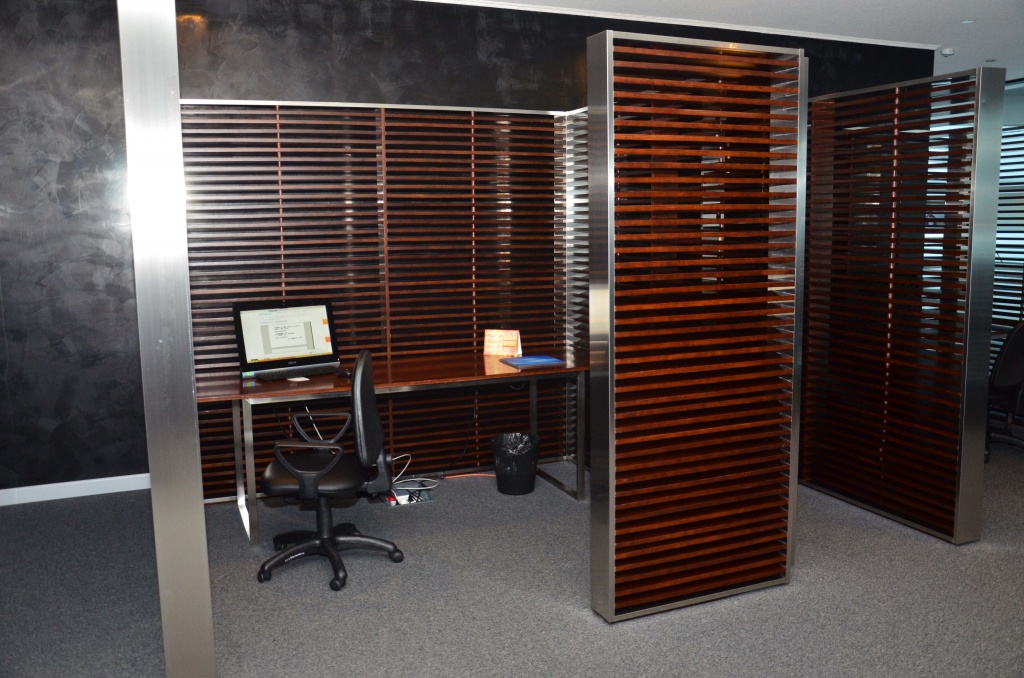 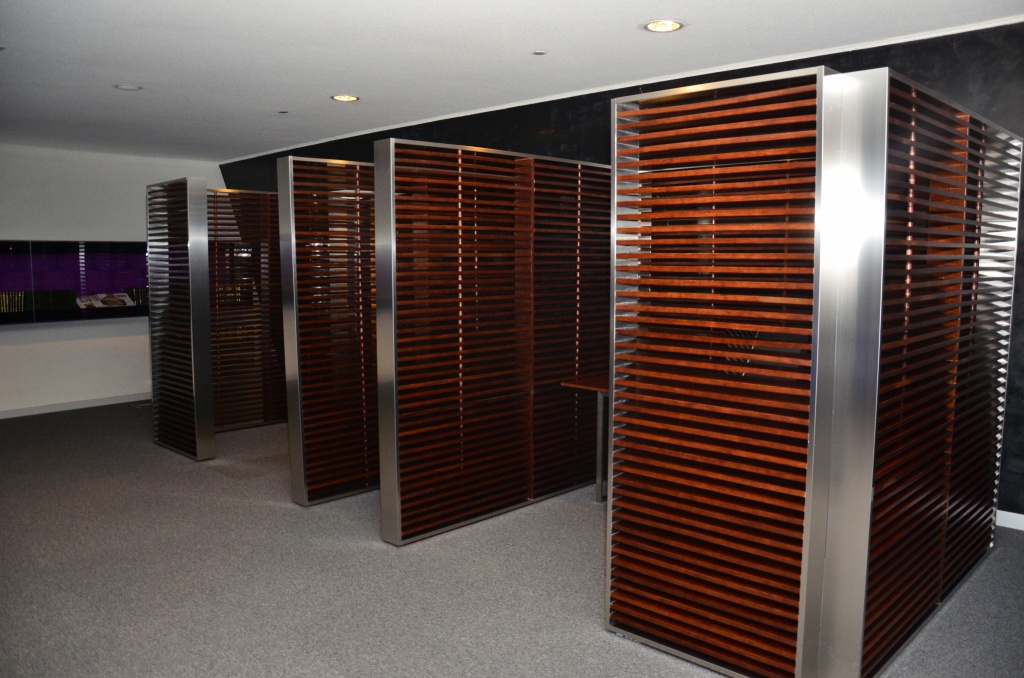 The main feature of the library is that it is the only Presidential Library of the incumbent President. In the world practice, presidential libraries have traditionally created after the expiration of the President and it’s Library Fund are not replenished. In contrast, the Library of the first President of Kazakhstan – is a modern living organism that is constantly evolving and modernized. The way of books using from the library to the reader is fully automated.

What reads the President?

As a reader, the President is very interesting. He reads a lot, the range of his reader interest is very broad and multifaceted. If you see the head of State's personal library, you will see that there are practically all disciplines from natural sciences and ending with encyclopedias, dictionaries and reference books. There is philosophy, sociology, political literature, memoirs of political figures, books on international relations and international security. A special place in the President's private collection takes classic fiction, especially hotly favourite them works of Anton Chekhov, which the President loves to read and reread. Also there is included a classic of Kazakh literature is, of course, the Abay, Shakarim, and many others. 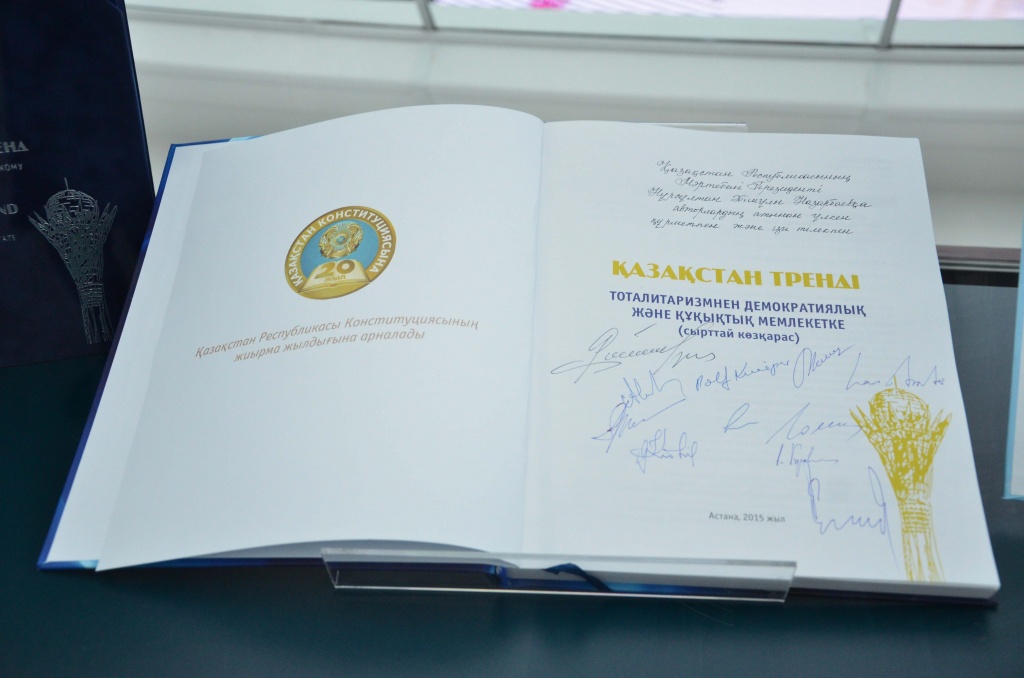 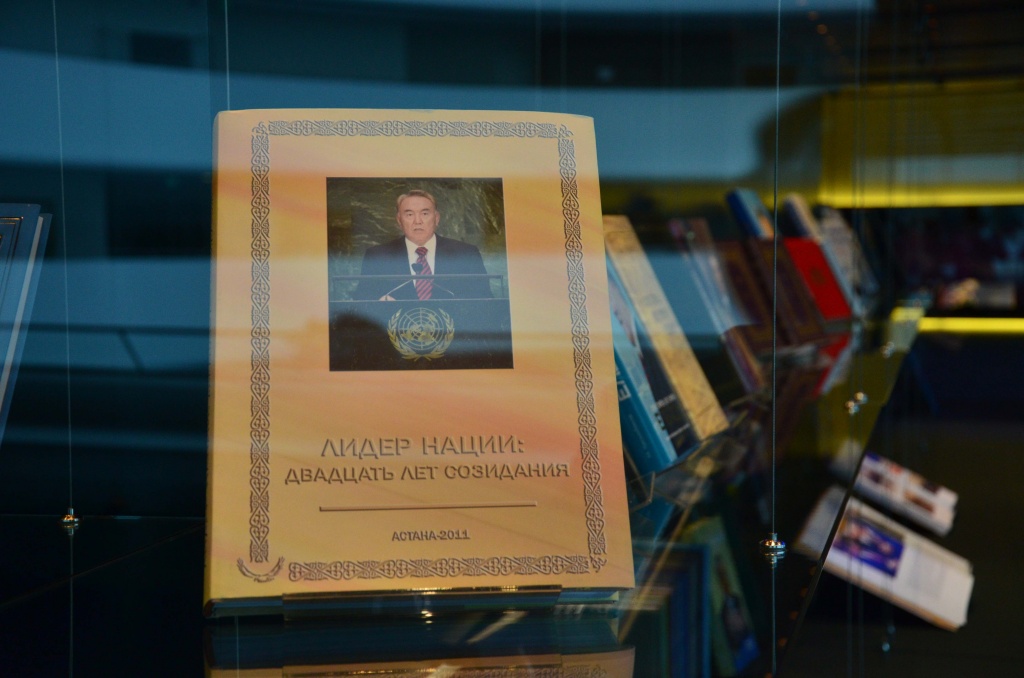 How President reads and what kind of reader he is?

The President can be described as a good reader, permanent, always interested, keen. While reading the President very often leaves in the book various markups, notes, bookmarks, citations. Notes, which makes the head of State, the very different-something he just stressed somewhere left bookmark marked, somewhere writes on the fields of his thoughts that came to him while reading. So the President can be called right, living the reader because he didn't simply reads the book, he is considering, carries through the thoughts and ideas that learned for himself. And his dialogue with a book does not end there. It often happens that President to need personally requests a certain fund books with their marks. After working with these books, he gets them back into the Fund. So the President could be called even and honest reader. Moreover, not every reader can boast that remembers every book that was presented to him as a gift, from whom and in what year. When the President comes to the library with the guests, he turns into a wonderful guide and a wonderful storyteller.

Share:
Similar articles
#LITERARY NEWS
‘English Rakugo Show’ took place in Nur-Sultan
1649
#LITERARY NEWS
Astana hosts an Eurasian Literary Forum under a title “The Power of a Word in a Modern World” these days
3573
#LITERARY NEWS
It has been 93 years since the Union of Writers of Qazaqstan was established.
8506