Together with the people 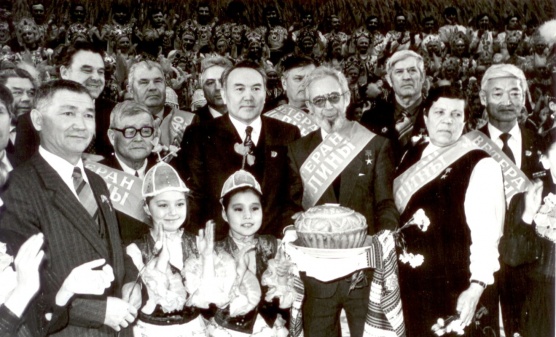 "He comes from a common people" is usually said about the President of Kazakhstan. Nursultan Nazarbayev grew up in a simple rural family, and is well acquainted with the needs of ordinary people. We can say with certainty that during all the years of independence activities of the President, all socio-economic reforms are carried out exclusively for the benefit of the people of our country. New educational institutions at all levels, hospitals are constructed in Kazakhstan and a number of social programs are implemented and aimed at improving the quality of life of the people of Kazakhstan. By holding regular meetings with the people, Nursultan Nazarbayev, "keeps abreast" of the lives of people, does not leave without attention every region of our country, knows about all the topical issues of the country. 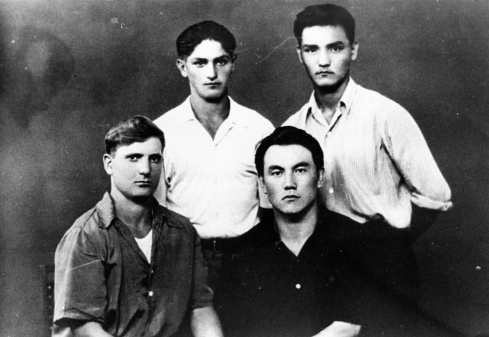 All the years of independence the citizens of our country have put the trust in the Head of our State. Thus, on the election of the President of Kazakhstan in 2011 Nursultan Nazarbayev won a convincing victory, supported by more than 95% of the voters. Moreover, thanks to a strong popular support and public confidence the President successfully embodies all of his ideas and initiatives and leads the country in a cohort of leader-states with a developed economy, social security and stability in society. 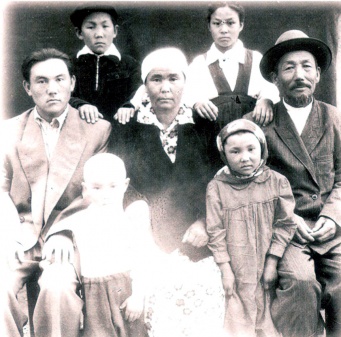 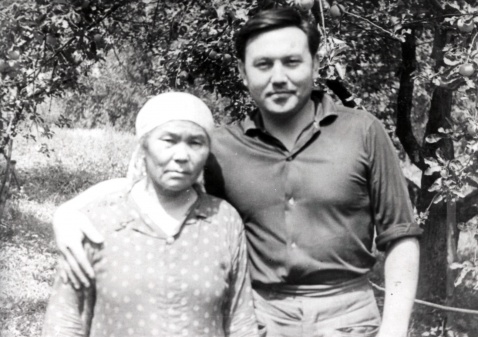 During each working trip to the region, Nursultan Nazarbayev finds time to communicate with citizens. Regularly held live broadcasts with a population where every citizen of Kazakhstan can pose his/her question and get answers directly from the President. 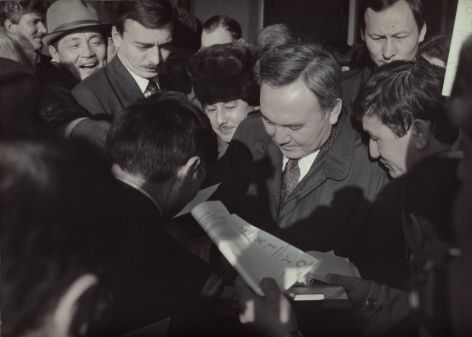 In this article were included the rest (second part), the most significant books of Kazakhstan President Nursultan Nazarbayev for the period of his activity which had a great interest for a wide range of readers. Catalog of the works of President of Kazakhstan also as before ( In first part)  presented in chronological order, with the possibility of familiarization and reading. 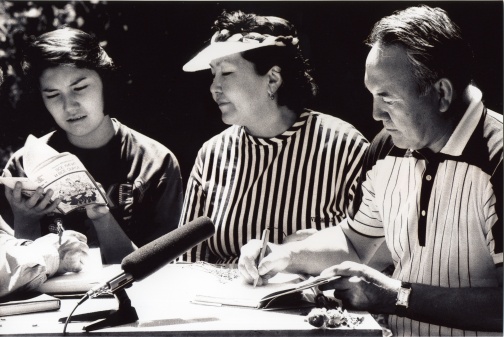 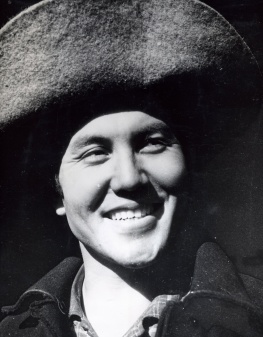 Photographs by www.akorda.kz - OFFICIAL SITE OF THE
PRESIDENT OF THE REPUBLIC OF KAZAKHSTAN

In the fourth volume of the multivolume edition presents the key public appearances of the First President of the Republic of Kazakhstan Nursultan Nazarbayev for the period 1999-2002, described the release of the country on the path of sustainable economic growth, the further democratization of the political system and the implementation of the foreign policy level, major international initiatives such as the CICA, Eurasian media forum, the Congress of leaders of world and traditional religions. In the first of the fourth volume book includes performances for the period 1999-2002 years.

This monograph features the basics of energy and ecological strategy for sustainable development in the XXI century with the use of methods of formation of the global energy development, proposed by Russian and Kazakh scientists, opinions of politicians, scientists and experts from different countries. The author analyzes the energy-ecological situation in the world, and its change in the XXI century, offers the realization of global energy and ecological strategy. These methods are illustrated with specific schemes and algorithms energoekologiche- nomic development of Kazakhstan and other EurAsEC countries.

Thematic collection of selected material from over sixty speeches, articles and interviews of President the Republic of Kazakhstan , N.A. Nazarbayev - the key reforms in the economy and governance. The book is especially valuable for anyone interested in the experience of economic transformation in the dynamically developing countries. It allows you to systematically and consistently to track key economic reforms of President N.A. Nazarbayev in their development: day after day, year after year.

Of the 4.5 billion years of the geophysical chronology of Earth, "intelligent humanity" has only been here for 60-70 thousand years. The consicuos history of human civilization, available to us through ancient written sources, is estimated to have lasted at most 5,500-6,000 years. This just a little over one-milltionth of the lifetime of the planet and less than one-tenth of the entire epoch of homo sapiens...

This book contains thoughts and sayings of the First President of the Republic of Kazakhstan - Leader of the Nation Nursultan Nazarbayev drawn from his books, articles and speeches published in different years. Initiates a variety of topics, together they not only reflect his philosophical credo as a man, a statesman and a politician, but also create a holistic portrait of modern Kazakhstan in a broad historical panorama. 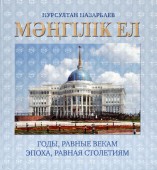 A new book by Nursultan Abishevich Nazarbayev devoted to the achievements of Kazakhstan during the years of independence. Each chapter describes the successful development of the state and society: economic, social, domestic and foreign policy. Statistical data since independence to the present day are presented in the modern genre of infographics. This is the first book in which comprehensively presented Greatest Way reforms passed by Kazakhstan for the years of independence.

The book includes speeches and lectures of the President of the Republic of Kazakhstan Nursultan Abishevich Nazarbayev to scientists, teachers, students, post-graduates and students of the largest educational and research centers in Europe. America, Eurasia, and, of course, of Kazakhstan. Almost two decades in Moscow and Astana, in New York, London, Beijing and other world capitals Kazakh leader clearly and strongly articulates his vision of the world political and economic processes, analyzes the trends of global historical trends, promotes the experience of his country.

N. Nazarbayev A. -  Macroeconomic problems of transformation of society and STRATEGY "KAZAKHSTAN - 2030" - 2015

Selected Works (Volume I) a world statesman and a great scientist, the President of Kazakhstan Nursultan Nazarbayev contain his writings and speeches on the establishment of Kazakhstan as a sovereign state, the problems of resources and optimal resource use, the strategy of social transformation and sustainable development of Kazakhstan till 2030. Ensuring the effectiveness of the transition to a market economy, the author reveals in a socially-oriented reforms and the need for integration of the countries in the CIS, the revival of the Eurasian civilization. The publication gives a clear idea about the stages and results of economic reforms in Kazakhstan, attraction of investments for the modernization of the reproduction on the basis of industrial innovation, improving the effectiveness of state regulation of the economy. A unique document is the President's address to the nation with the definition of long-term development strategy "Kazakhstan-2030" in the third of a century, the most important priorities in this difficult journey. The reader will find convincing arguments in favor of integration of the CIS countries, the creation of the Eurasian Economic Community, and in the future - the Eurasian Union.

Nazarbayev N.A. -  "A NEW STAGE OF DEVELOPMENT OF KAZAKHSTAN FROM STABILITY - through modernization - to prosperity. STRATEGY radical renovation of the global community and partnership of civilizations "   - 2015

Selected Works (Volume 2) the President of the Republic of Kazakhstan Nursultan Abishevich Nazarbayev include research challenges of the new phase of development of the country, his writings and speeches on the implementation of the Strategy "Kazakhstan-2030", the priorities of the integration of the CIS countries in Eurasia focus and partnership of civilizations. The processes of comprehensive modernization of Kazakhstan and increase the competitiveness of the nation.

Nazarbayev N.A. -  "STRATEGY" KAZAKHSTAN-2050 " - THE NEW POLICY OF SUSTAINABLE DEVELOPMENT OF THE COUNTRY IN THE GLOBAL CHALLENGES XXI CENTURY" - 2015

Selected Works (Volume 3) include the article about the President of the Republic of Kazakhstan Nursultan Abishevich Nazarbayev - "leader of the nation, a thinker, a humanist" and "politician, expanding the boundaries of the possible"; the performance of the Head of State NA Nazarbayev at the inauguration ceremony of the President of the Republic of Kazakhstan (29 April 2015); nation plan - the modern state for all the 100 concrete steps to implement the five institutional reforms of the Head of State N.A. Nazarbayev; "Nurly Zhol" - the new economic policy of Kazakhstan. 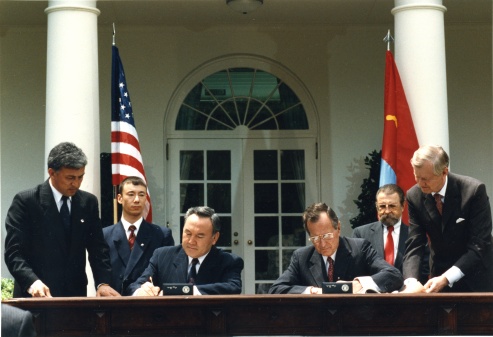 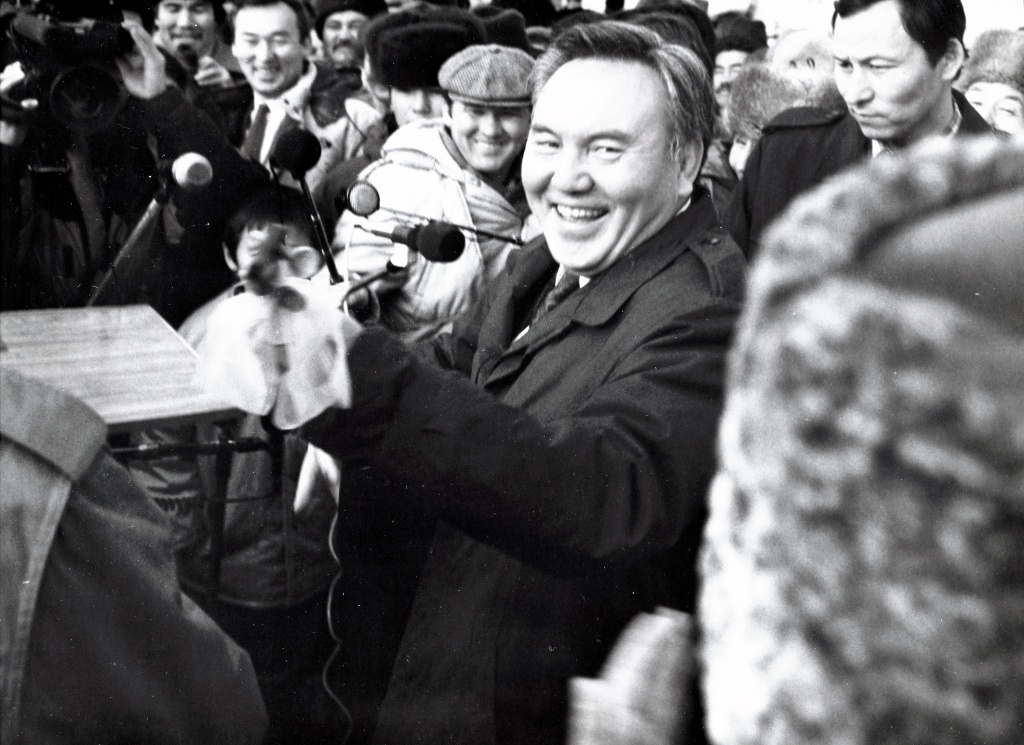 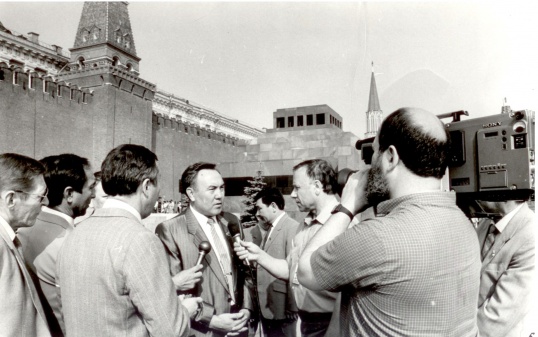 Similar articles
#LITERARY NEWS
‘English Rakugo Show’ took place in Nur-Sultan
2431
#LITERARY NEWS
Astana hosts an Eurasian Literary Forum under a title “The Power of a Word in a Modern World” these days
7466
#LITERARY NEWS
It has been 93 years since the Union of Writers of Qazaqstan was established.
13568