Ankara has hosts the Days of Kazakhstan in Turkey

In Ankara, June 19 started Days of of Kazakhstan in Turkey, which are organized by the municipality of Keçiören district of the Turkish capital Ankara with the support of the Kazakh Embassy in Turkish Republic within the events dedicated to the 25th anniversary of Independence of Kazakhstan. In this connection, the delegation arrived in Ankara within the leadership of akimat of Almaty region and its districts, prominent public figures and academics, as well as folk dancers folk genre. 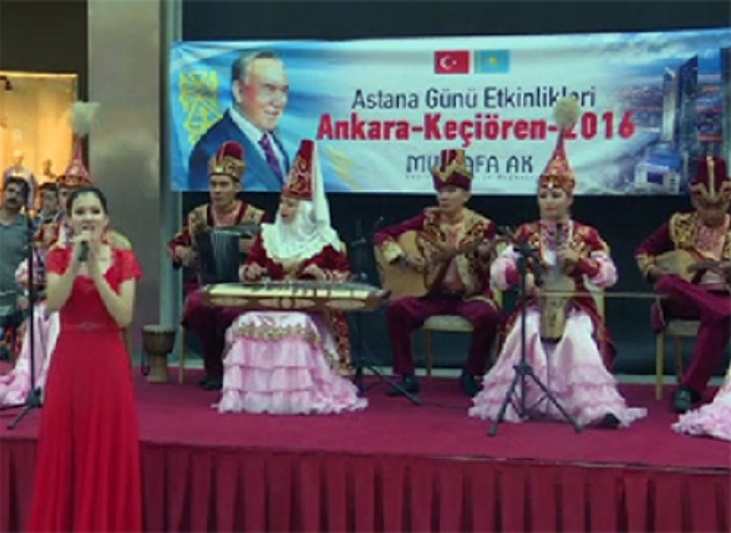 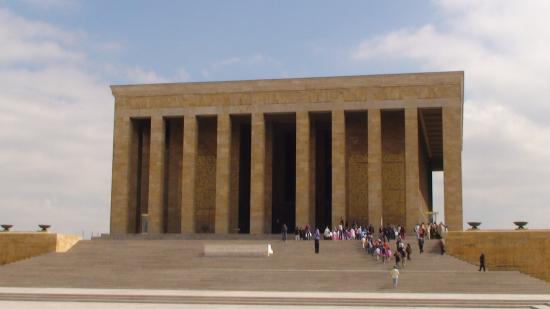 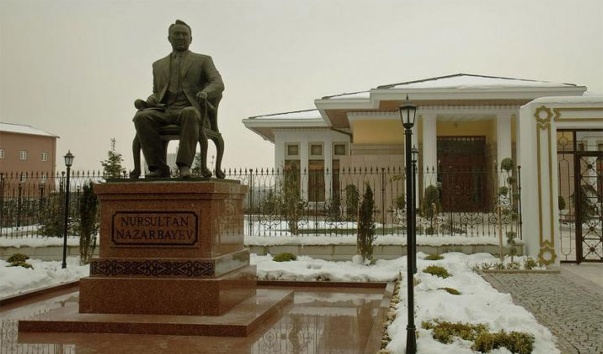 The first day of the visit of the Kazakhstan delegation to Turkey began with a tour by guests of the monument to the First President of Kazakhstan Nursultan Abishevich Nazarbayev and the mausoleum of Mustafa Kemal Ataturk located in Ankara. Our homeland artists have presented in the large shopping center "Antares" their concert program dedicated to the opening of the event. Its professional skills demonstrated instrumentalists of folklore ensemble "Adyrna" and State Folk Dance Ensemble artists ''Altynay" and the melodies performers on dombyra. They gave to Turkish audience an unforgettable concert and festive mood. 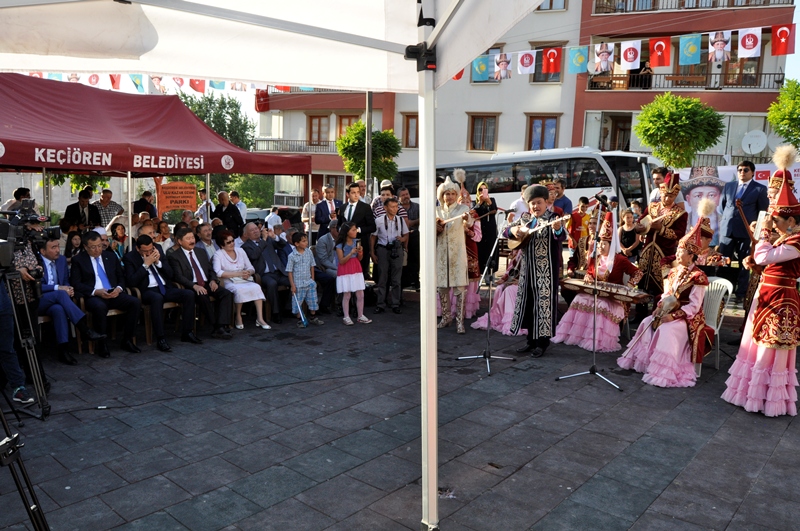 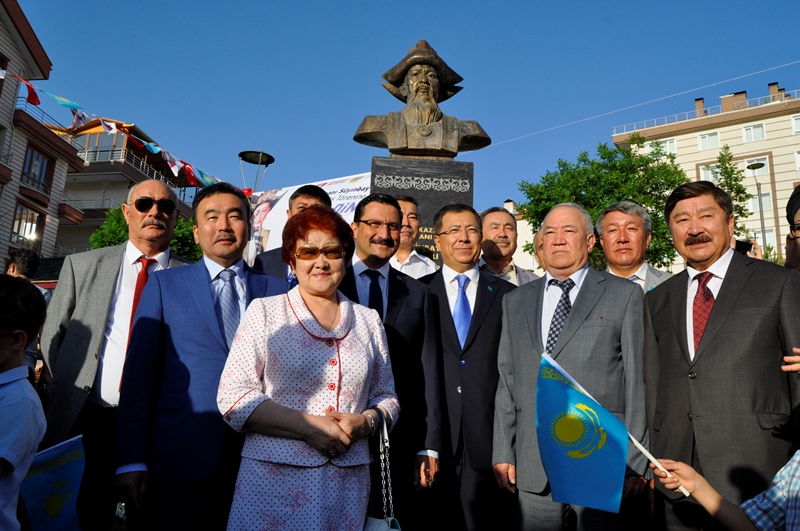 On the 20 June - in the Turkish capital the bust of Suyunbay Aronuly in the eponymous park was opened. According to the press service of the Kazakh Embassy in Turkey, at a gala ceremony, accompanied by concert performers terme and by the performance of the folklore ensemble "Adyrna. There was made speeches by the mayor of the municipality Keçiören Mustafa Ak. In his speech 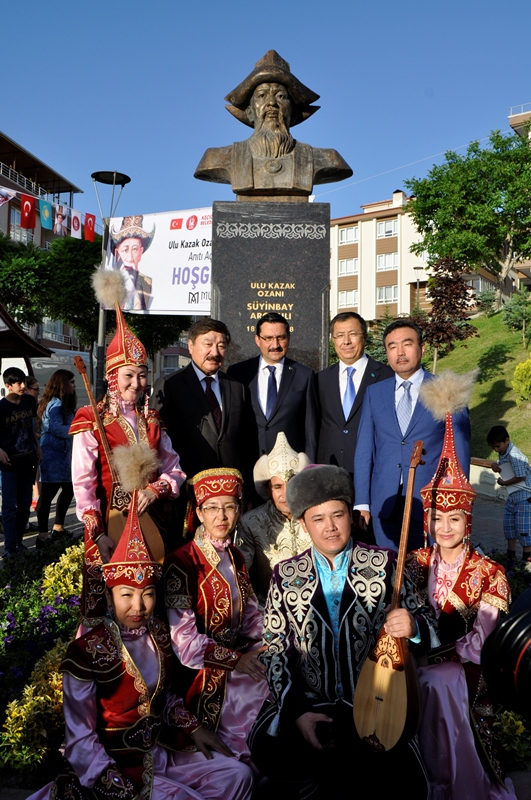 Mustafa Ak noted that he gladly participates in the opening ceremony of the bust of the national akyn of Kazakh people in Ankara park named in his honor. As he said, the friendship between Kazakhs and Turkish, have common roots, to be eternal, and such measures only strengthen bilateral relations. Also spoked the Extraordinary and Plenipotentiary Ambassador of Kazakhstan to Turkish Republic Zhanseit Tuymebayev. Zhanseit Tuymebaev spoke about the status and prospects of development of Kazakh-Turkish bilateral trade and economic relations. According to him, established at the dawn of independence, communication between Kazakhstan Republic and Turkish Republic strong bonds now showing positive dynamics of development. ''The fraternal relations between the two countries laid down by first president of Kazakhstan Nursultan Abishevich Nazarbayev and eight ex-president of Turkey Turgut Ozal, continue to be strengthened and have the perspective of deepening", - said the ambassador. About Turkish-Kazakh relations said another official guest - the deputy akim of Almaty region Bakhtiyar Onerbaev. Noting the hospitality of the Turkish side, B.Onerbaev expressed gratitude to the Mayor of the municipality Keçiören for opening at the the capital of Turkey named after  Suyunbay park and establishing him bust. This step, in his view, shows the high level of the Kazakh-Turkish relations. In making congratulatory speech ex-Minister of education of Kazakhstan Shamshiya Berkimbaeva,  brought to the attention of the general Turkish public that Suyunbai Aronuly considered as intercessor of deprived and critic of rich landowners, sultans, religious leaders. In addition, it was noted that in the epic works of akyn as "Utegen Batyr", "Suranshi Batyr" and "Sauryk Batyr" described the Kazakh people's struggle against foreign invaders. As speakers - Secretary General of TURKSOY Duysen Kaseinov and chief architect of the city of Almaty Gabit Sadyrbaev, which is a direct descendant of the great akyn Suyunbay Aronuly have noted that Suyunbai-akyn, creating an image of national heroes, he was the founder of an individual course in the Kazakh literature that teaches the youth and the new generation of a sense of patriotism. 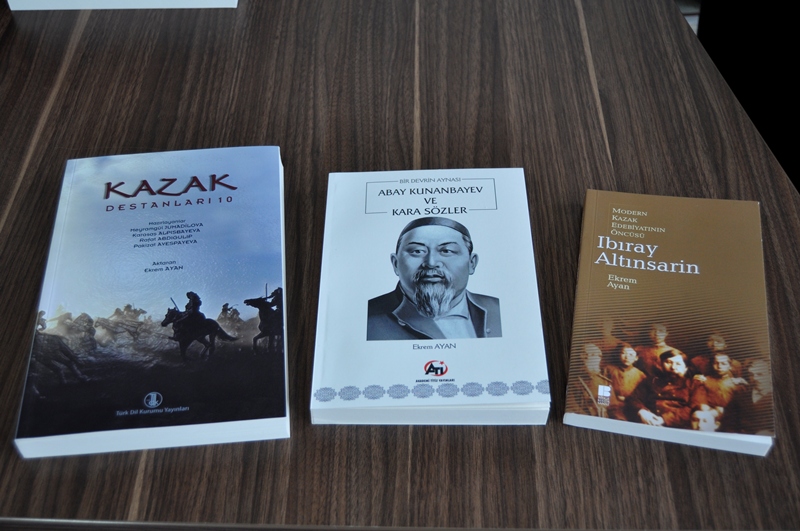 Besides, In the anniversary year of returning independence of Kazakhstan representatives of Turkish academics are increasingly began to pay attention to Kazakh culture literature and publishing in the Turkish language classical works of Kazakh folklore. With the support of the Turkish Language Society Associate Professor of the University of Mugla Ekrem Ayan released books about culture and everyday life, educators and the classics of the Kazakh people. So, E.Ayan with a group of scientists from Kazakhstan and Turkey conducted a study of folklore, which was subsequently published as a book "Kazakh epos". Along with this, the Turkish scientist demonstrates profound knowledge in the field of Abay studies. In particular, the study of life, creative, philosophical, aesthetic and social views Abay, E.Ayan able to express their opinion about the great educator in the book "Abai and the edification of the Word", which was published in the series "The Mirror of one era," the embassy said Kazakhstan to Turkey. In addition, Turkish E.Ayan introduces readers with the biography and works of the founder of secular education in the Kazakh steppe Ybyraya Altynsarin. Dedicated to the Kazakh teacher-educator book was published under the title "Ibray Altynsarin - the vanguard of modern Kazakh literature." According E.Ayan through research and publication of works of Kazakh folklore and classical art, he seeks to demonstrate to the Turkish reader the originality of Kazakh. 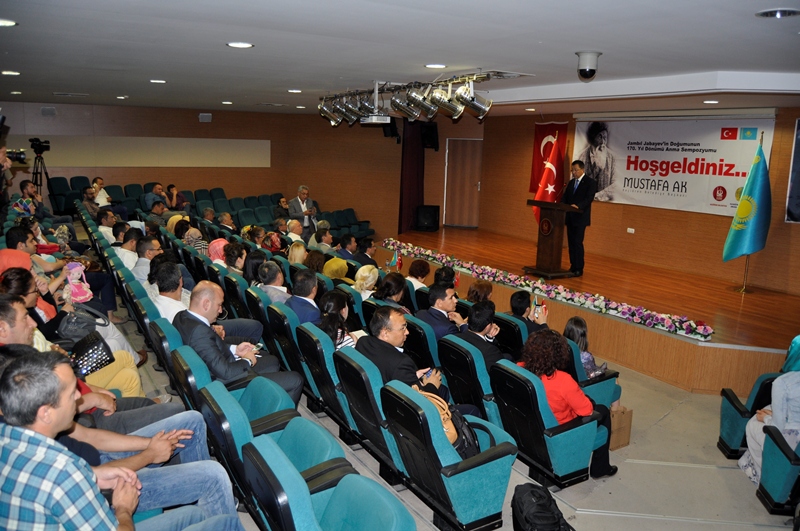 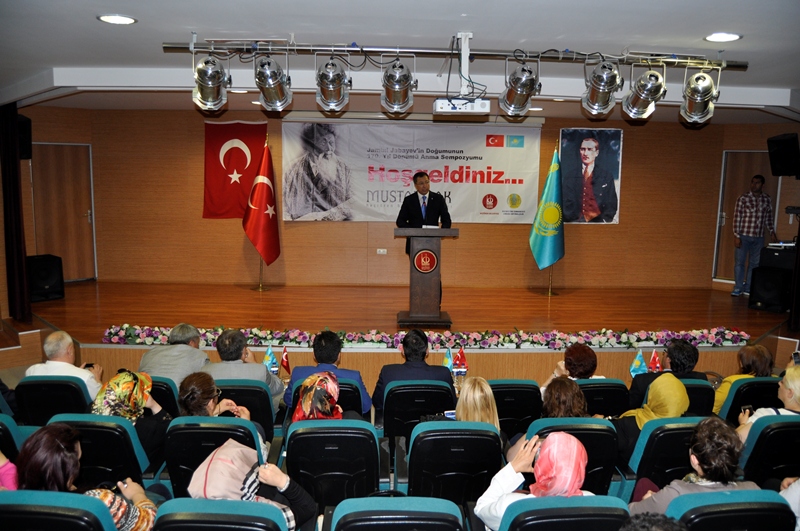 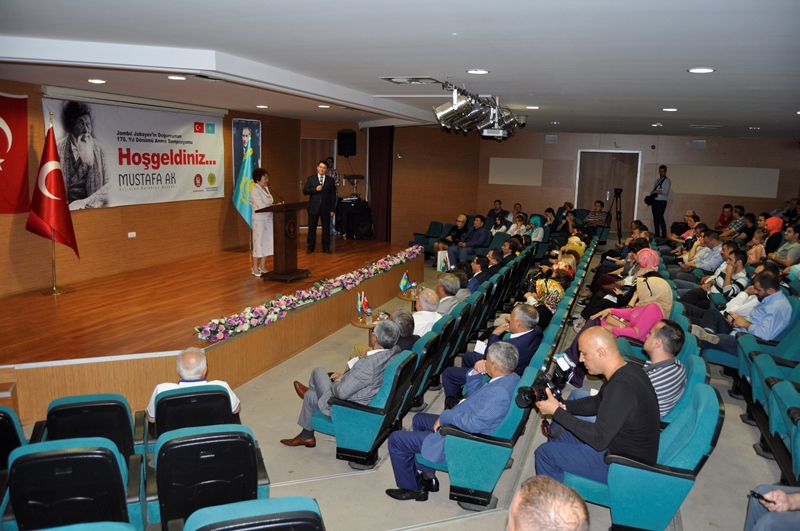 In the cultural center named after Yunus Emre was a conference in honor of the 170th anniversary of Zhambyl Zhabayev.
At the event with welcoming speeches of Keçiören Municipality Mayor Mustafa Ak, Extraordinary and Plenipotentiary Ambassador of Kazakhstan to Turkish Republic Zhanseit Tuymebayev, deputy akim of Almaty region Bakhtiyar Onerbaev and Secretary General of TURKSOY Duysen Kaseinov. They noted that the work of the Kazakh akin promotes education in Kazakhstan patriotism and love of country. Presentations were also made by the Turkish and Kazakh scientists engaged in the study of creativity Zh.Zhabaeva. In particular, the chief editor of the newspaper "Kazakh Adebietі" Zhumabai Shashtayuly and philologist Tokhtar Albekov deemed zhambylovedami known, stressed that the poetic style of Zhambyl different psychological and saturation of specific images of life and narrative simplicity. His awareness of the work of the great bard were also the chairman of Eurasia Writers Union Jakub Omeroglu, Associate Professor of the University of Mugla Ekrem Ayan and associate professor of Gazi University Jamil Kynadzhy. Each of them elaborated on a certain period of life Zhambyl Zhabaev, noting that the Kazakh akyn composed many lyrical, domestic, social and satirical songs, heroic poems and tales. The conference was attended by representatives of the teaching staff of various universities in Turkey, academics and literary critics, the press service of the Kazakh Embassy in the Turkish Republic.