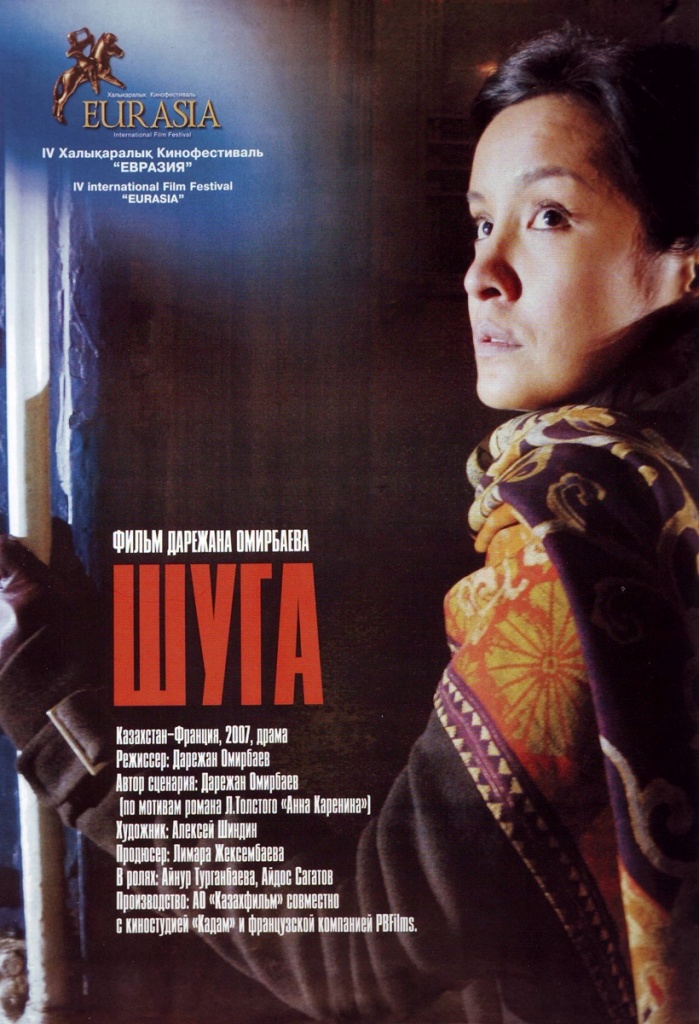 "Anna Karenina" by Leo Tolstoy - perhaps the most film adaptation made work of world literature. Starting from Greta Garbo, known actresses of Europe and America considered it an honor to play a sophisticated and ambiguous role of noblewoman whose name is forever linked with the railways. Not all the attempts were successful – certain of them impressed with ludicrous blunders, and some have ignored the whole formation of the novel, apart from the line of Anna and Vronsky, creating stamped “soapy” melodrama. The text of Tolstoy - one of the most perfect, that you have ever read. Perhaps you do not understand everything from the first time, but if you are able to enjoy by the word, then you will not be disappointed.

"Anna Karenina" it’s not the novel you want to read in a hurry, although the novel is quite dynamic - on the contrary, the ideal would be unhurried reading, perhaps with a returning to some dialogues or portraits. There is probably no person who would not know the first lines of the novel: "All happy families resemble one another, each unhappy family is unhappy in its own way." Many people know that the visual imago of Anna - is looks like Mary Hurting, daughter of Alexander Pushkin, with whom Tolstoy met at the ball. But what's really interesting, and that is often ignored by cinematography - is that Tolstoy's novel is precisely said Sergei Soloviev, "the first Silver Age Russian novel." Incidentally, the film adaptation of Sergei Soloviev - one of the most interesting and unconventional, but it's necessary to talk about it separately.

"Anna Karenina" - a novel in which the characters play a crucial role, and by careful reading to a certain extent, you can guess the follow-up events, and even the fate of heroes. Thus, for example, are constantly cropping up railway, terrible man whom saw in a dream, and Anna and Vronsky, "An old man with a shaggy beard was doing something bent down over some iron, muttering meaningless French words, and it is, as always with this nightmare (which made the horror) felt that this peasant was not paying attention to it, but does it some terrible thing in iron over it. And she woke up in a cold sweat". Some researchers see even symbols in their names: for example, we can make out the name of the main character, drawing on the work of G.A. Akhmetova. The name "Anna" means "gracious, merciful", Arcadia - a country of happiness in Greek mythology. Akhmetova said that Anna was initially in complete harmony with her own name , and her environment, she had loved, was happy, and shared it with others. The further story of Anna - is the story of the loss of the name and the harmony that was in it. It’s no less interesting the story of "Karenin" surname: Tolstoy taught ancient Greek to read Homer in the original. In the "Odyssey» the head called "karenon" and it seemed to him a good addition to imago of Anna husband - the man who rules the mind, not feeling. 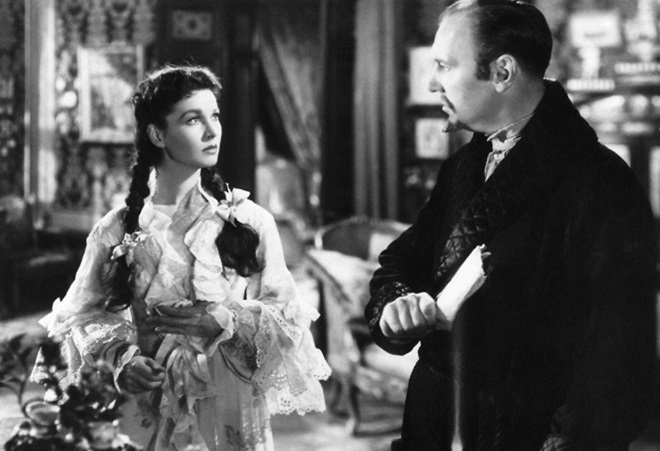 Another point of interest - is often enough, but insignificant seeming appearance of the red bag of Anna. For the first time the reader can meet him at the scene of Anna conversation with Dolly after the ball: she hid cap and gloves in it. We remember that at this ball Kitty saw and realized that everyone else will realize much later: "She saw them with her long-sighted eyes, and saw them up close when they met in pairs, and the more she saw them, the more convinced, misfortune that it happened. She saw that they felt themselves alone in that crowded room. And on Vronsky's face, always so firm and independent, she saw that struck her, of bewilderment and humble submissiveness, like the expression of an intelligent dog when she is guilty". But apart from Kitty, still nobody knows anything, and Anna hides her gloves in a red bag, as if its secret. Following this symbol is usually followed by a frightening mystery Karenina "old man with a shaggy beard," and this coincidence is none other than the familiar to all of us adage, "murder will not hide." Secret was revealed, and Anna moves directly to his imminent death.

It would seem that: movies on the novel by Tolstoy picturing since 1910, and since then, every few years comes another film adaptation - is it really the audience and especially the directors has not bothered of that? No, and in that also consists secret of the great works that it has is still relevant at all times. In 2007, the Kazakh director Darejan Omirbaev withdrew his version of "Anna Karenina" and called it "Shuga". According to Darejan Leo Tolstoy's novel "Anna Karenina" is very cinematographic, in it seemed to everything is itemized for the filming: from how to stand, where to look, looks, turns and etc....Let's Recall and think, for example, about the first meeting of Karenina with Vronsky. Such a feeling that It seems that it is already finished and ready a director's shooting script and screenplay, it has only and just asks to come up on the screen. Especially and moreover, He(Darejan) has in mind has already been an eye on actress who amazingly fit and approached for the lead main role. 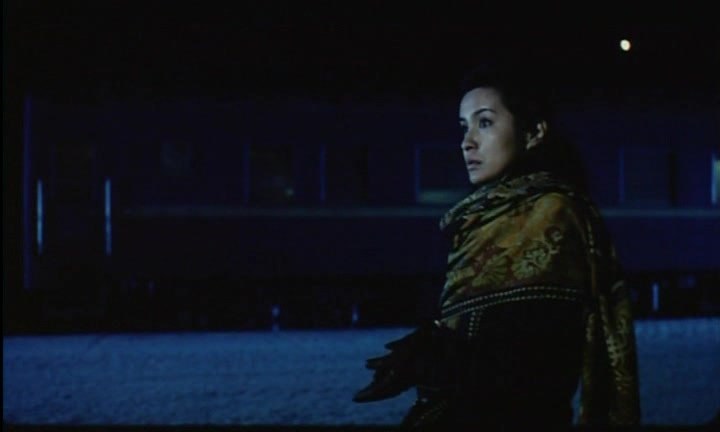 The action is moved and transferred to the modern Kazakhstan, and Anna - now this time already called by Kazakh name Shuga - goes and travels to reconcile and make peace between her brother and his wife from Astana to Almaty, but not from St. Petersburg to Moscow, as in the original text. Kitty became Altynay, Levin - Tolegen, Vronsky - Ablay, but none of their characters or novel twists and turns have not undergone of radical and cardinal change. In the film of Omirbaev there is no voluminous, extensive and lengthy dialogues and conversations: the characters speak a very few and  little , their speech become sharply, acutely and harshly  and also shortly, abruptly and the whole secular, temporal and wordily  chattering and babbling remains behind the scenes. There are, however, is a single one funny moment: at the during time of wedding marriage between Altynay and Tolegen the guests start and begin to share the gossips and slanders with rumors, whisperings and tittle-tattles about the Shuga, then the dispute arises. One of the women drops the phrase: "What a shame! Earlier we used to seen this only in the movies, and here now in our today’s life". Yes, before they could see a similar story at the center of which was Vivien Leigh or Tatiana Samoilova, and now also their fellow countrywoman and compatriot is going by the same way. Darejan Omirbaev wanted to shoot and picture the pilot and an experimental "Anna Karenina", so as not to meet the expectations of the average viewer, whose head has been formed stereotyped conception of the novel. Darejan's crew intend to surprise the viewer, and ready for the fact that the majority of our film is unlikely to enjoy. They wanted to get away from the photographed theater, and this is the most films. Classic film adaptation of "Anna Karenina" a lot: both successful and not successful. Darejan himself watched five films on this novel. Among them, most of all I liked the films: Greta Garbo and Tatyana Samoilova in the title role. They skillfully filmed, but remind living fairy picture cinematographic illustration of the novel. "Shuga" film - different. 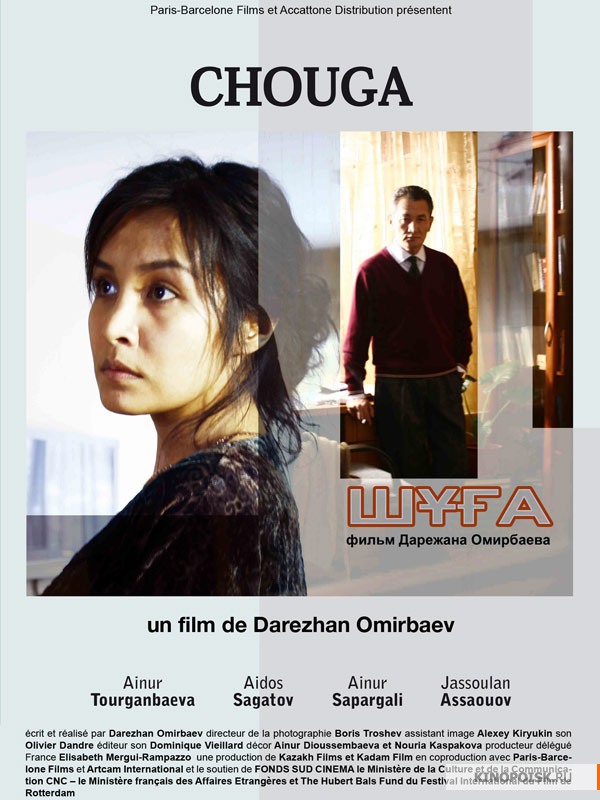 After the premiere of the film, as predicted by the director, opinions were divided. But overseas audience "Shuga" has pleased. In 2010 the magazine «Cahiers du Cinéma» ( «Cahiers du Cinema") included it in the list of the ten best pictures of the year. Neighbors of Omirbaev on this list became Wes Anderson, David Fincher, Werner Herzog, which, of course, impressive. In any case, we advise you to look at this picture and draw on her own opinion.