American novelist Peter Matthiessen, whose notable works include At Play in the Fields of the Lord, has died at the age of 86 following leukaemia. 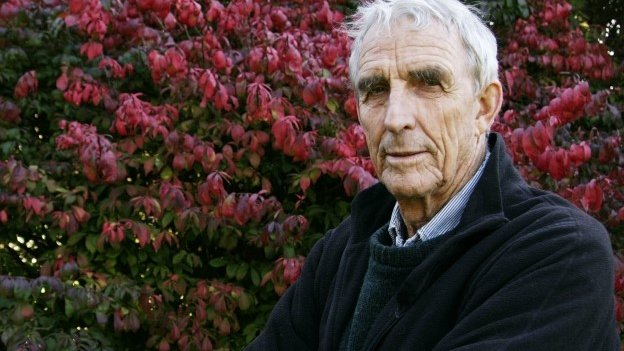 Peter Matthiessen shunned his family's wealth to become a Buddhist

The New York-born writer was also a committed environmentalist and adventurer, who wrote about his travels in the wilderness.

Among his other books were The Snow Leopard and Shadow Country.

His latest novel, In Paradise, is due to be published on Tuesday.

Matthiessen's publisher said the author had been diagnosed with leukaemia and had been ill "for some months" prior to his death at a New York hospital.

After graduating from Yale University, he travelled to France and co-founded literary journal The Paris Review, with fellow author George Plimpton.

Although the publication was a success - it is still running today - Matthiessen yearned for the US and returned home, mixing with the likes of artists Jackson Pollock and Wilem de Kooning.

In the 1960s, he shunned his wealthy upbringing to embrace Buddhist teachings, becoming a Zen priest, and during the same decade began gaining acclaim for his writing.

At Play in the Fields of the Lord, published in 1961, told of missionaries and mercenaries working in Brazil.

The novel was turned into a film in 1991 - starring John Lithgow and Darryl Hannah - after the late producer Saul Zaentz spent more than 25 years trying to buy the rights.

Matthiessen travelled to Antarctica, the Himalayas and Australia to write about the environment and the wilderness, as well as exploring wildlife in America.

The Snow Leopard - which won the National Book Award for non-fiction in 1980 - retold his two-month Himalayan trip to search for the elusive snow leopard.

In 2008, he published Shadow Country - which brought together his "Watson trilogy", which he began in the 1980s, into one re-edited story. It went on to win the National Book prize.

Matthiessen was married three times, and had four children.