The Shock of the Fall by Nathan Filer leads the ten books longlisted for this year's Desmond Elliott Prize, awarded to first-time British or Irish writers. 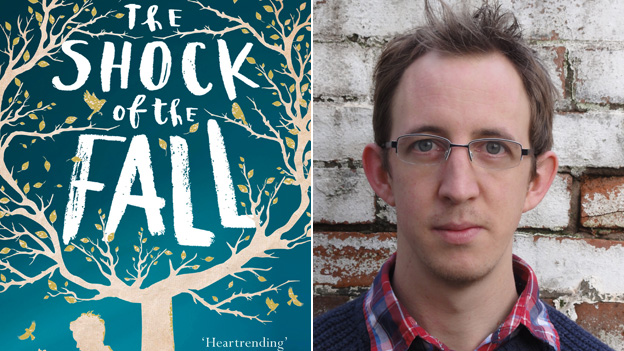 Filer's debut novel about guilt and mental health was awarded this year's Costa Book of the Year Award.

Eimear McBride's acclaimed A Girl is a Half-Formed Thing also features on the list, which took nine years to publish after being rejected several times.

Forward Prize-winning poet Kate Clanchy is also in the running.

Her debut novel, Meeting the English, is set in London's Hampstead during 1989 and follows 17-year-old orphan Struan Robertson, who leaves Scotland to care for a stroke-victim.

McBride's nominated story was also shortlisted for the inaugural Folio Prize and tells the story of a young woman's relationship with her brother, and the shadow cast by his childhood brain tumour.

Filer, who lectures in creative writing at Bath Spa University, won wide critical acclaim for his novel which follows Matthew as he comes to terms both with his brother's death and his own schizophrenia.

It was called "ambitious and exquisitely realised" by best-selling writer, SJ Watson, who was himself nominated for The Desmond Elliott Prize in 2012, for his book Before I Go To Sleep.

Here is the longlist in full:


The prize is presented in the name of celebrated publisher and literary agent Desmond Elliott, and is aimed at helping up-and-coming novelists further their careers.

The shortlist will be announced on 26 May, with the overall winner of the £10,000 prize revealed at a ceremony on 3 July.

"British and Irish writing is in the best shape it's been for many years," said chair of the judges, author Chris Cleave.

"The strength of these ten astonishing novels proves that our home-grown talent is world class."

Similar articles
#LITERARY NEWS
‘English Rakugo Show’ took place in Nur-Sultan
2322
#LITERARY NEWS
Astana hosts an Eurasian Literary Forum under a title “The Power of a Word in a Modern World” these days
6696
#LITERARY NEWS
It has been 93 years since the Union of Writers of Qazaqstan was established.
12888