The Nobel Prize in Literature 2015

The Nobel Prize in Literature for 2015 is awarded to the Belarusian author Svetlana Alexievich “for her polyphonic writings, a monument to suffering and courage in our time”. 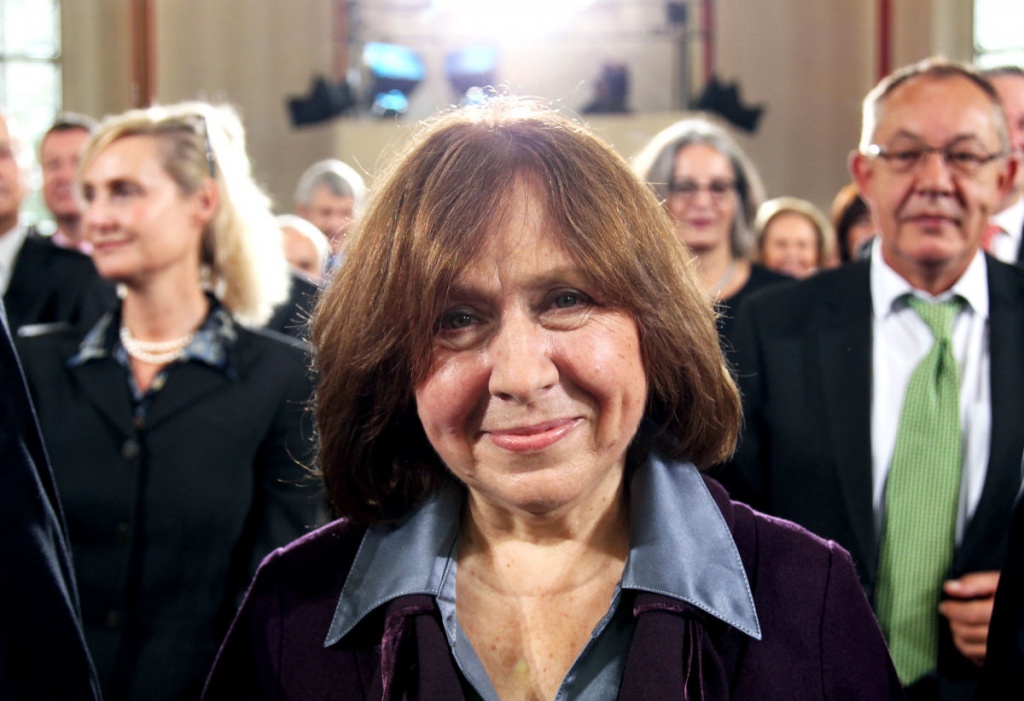 Born: 31 May 1948 in the Ukrainian town of Ivano-Frankivsk

Alexievich worked as a teacher and as a journalist, and she studied journalism at the University of Minsk between 1967 and 1972.
After her graduation she was referred to a local newspaper in Brest near the Polish border, because of her oppositional views. She later returned to Minsk and began an employment at the newspaper Selskaja Gazeta. For many years, she collected materials for her first book U vojny ne ženskoe lico (1985; Wars Unwomanly Face, 1988), which is based on interviews with hundreds of women who participated in the Second World War. This work is the first in Alexievichs grand cycle of books, Voices of Utopia, where life in the Soviet Union is depicted from the perspective of the individual.

Similar articles
#LITERARY NEWS
‘English Rakugo Show’ took place in Nur-Sultan
1903
#LITERARY NEWS
Astana hosts an Eurasian Literary Forum under a title “The Power of a Word in a Modern World” these days
4455
#LITERARY NEWS
It has been 93 years since the Union of Writers of Qazaqstan was established.
10492