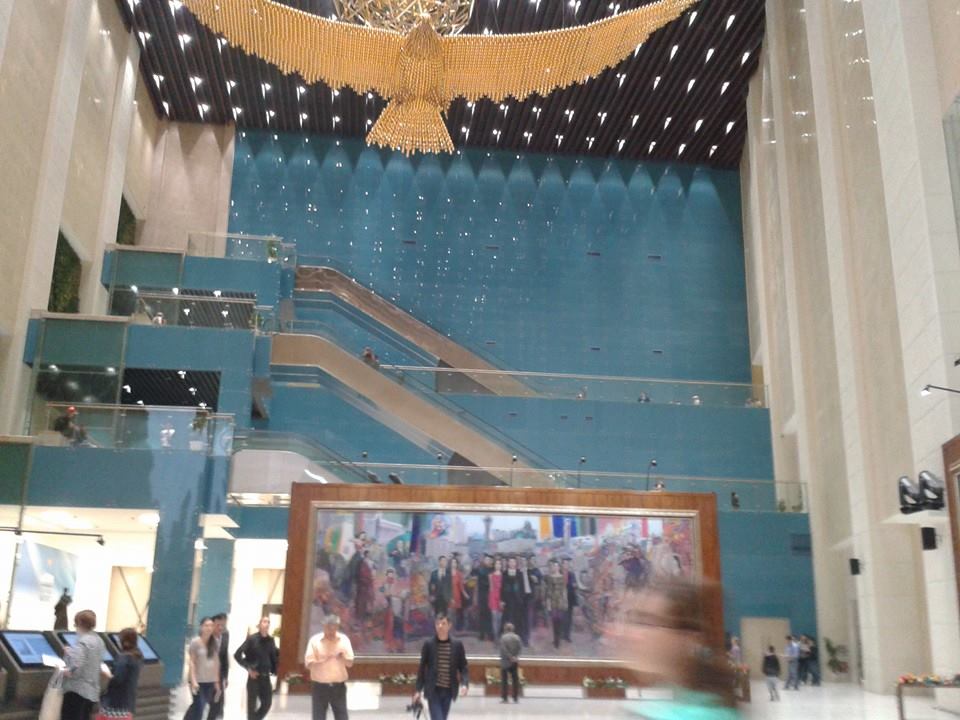 In his speech opening the project of six years, Nazarbayev noted that the nation tries to give Astana a “present” every year on the city’s birthday, July 6. This year, it is the National Museum of Kazakhstan, he said, “a new masterpiece of contemporary architecture.”

The museum and the newly opened Library of the First President complete the capital’s Kazakh Eli (Kazakh Land) complex, which comprises the museum and library, the Palace of Independence, the Kazakh Eli Monument, the Palace of Peace and Accord, the Hazret Sultan Mosque and the Kazakh National University of Art.  “This is the architectural embodiment of the nation’s values,” the President said.

At more than 74,000 square metres, the museum is already among the world’s largest, and contains stylistically distinct halls or mini-museums within, including the Hall of Independent Kazakhstan, the Ethnographic Hall, the Hall of Gold, the Hall of Modern Art, the Hall of Astana and others. Touchscreens in Kazakh, English and Russian help visitors navigate the museum and there are electronic and multimedia exhibits along with more traditional displays in each hall.

On July 3, the fledgling museum signed a memorandum of cooperation with the Russian Museum of Ethnography and the ROSIZO Russian State Museum and Exhibition Centre. Exhibitions of traditional textiles from Central Asia and the Caucasus, Russian paintings and national traditions and openness to the world from the two partner museums were on display as the new National Museum opened, a decision British Museum’s Senior Curator St. John Simpson called very positive.

“I think the fact that they are exhibiting permanent displays and temporary displays right from the inception, from the opening, shows a lot of foresight,” Simpson, an invited guest at the opening, told The Astana Times. “I think that clearly shows that there is a plan to carry on introducing change into the galleries, right from the moment of go, which is unusual and very good,” he said. Change and evolution will be key to making the new museum an exciting place for locals to visit, which is important for any museum. 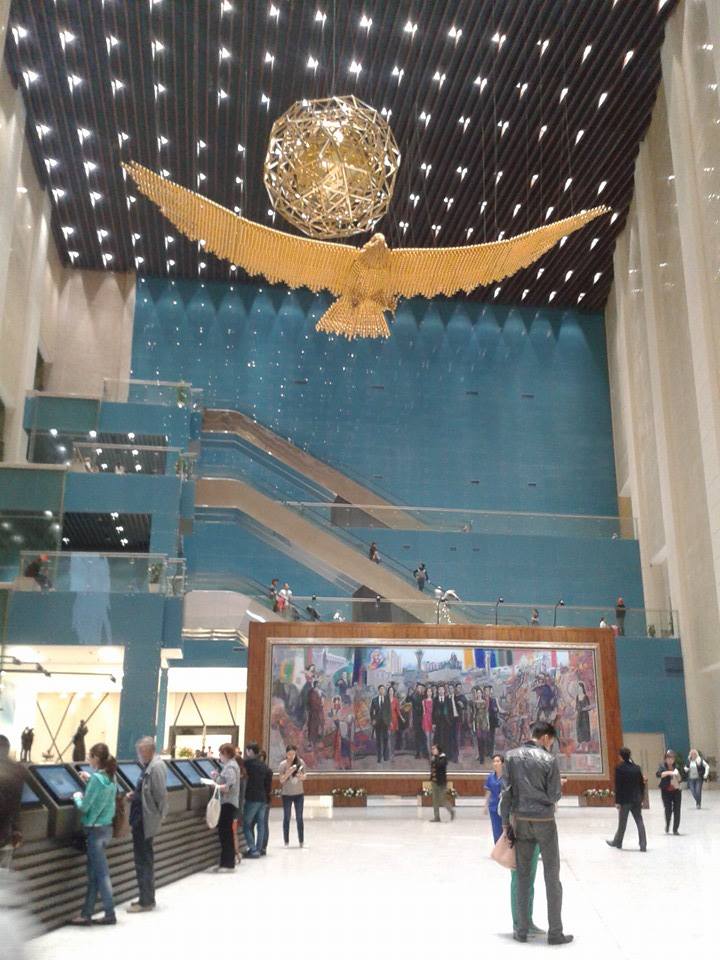 Temporary exhibits of archival photos and felt clothing were also among the exhibitions on opening day. National museum

As for the museum itself, Simpson said, “It’s very dramatic. It’s monumental. It’s right in the middle of the city. It’s what a national museum should be.”

Director and Curator of the American University Museum at the Katzen Arts Centre Jack Rasmussen was also on hand for the opening, and also praised the museum building. “The architecture is very, very exciting,” he said. The sheer size of the museum means it has great potential for growth, he noted. As for the museum today, “Everything that’s been done so far has been done right. The technology, the touchscreens, everything is beautiful. The ethnographic installation, in particular, is excellent.”

There is also a sense of ambition about the project, he noted. “I think that everybody is really approaching it as this great opportunity to take a larger stage and to participate in the world community of museums. I think there’s a lot of ambition, and that’s great.”

And, as a visitor who doesn’t speak Russian or Kazakh, he said, he found the museum pretty easy to navigate, though he said it helped to have a guide sometimes.

Rasmussen and Simpson were two of a number of museum leaders from around the world, including from museums in China, Russia, Azerbaijan, Bulgaria and Kyrgyzstan, invited to attend the opening and take part in a symposium on the role of museums in the rapprochement of cultures.

On the evening of July 3, the museum hosted a festival, “Travel on the Great Silk Road,” with re-imaginings of great Silk Road settlements, an applied art fair, childrens’ games, arts and crafts classes, national music and food and other events.

Share:
Similar articles
#LITERARY NEWS
‘English Rakugo Show’ took place in Nur-Sultan
1674
#LITERARY NEWS
Astana hosts an Eurasian Literary Forum under a title “The Power of a Word in a Modern World” these days
3643
#LITERARY NEWS
It has been 93 years since the Union of Writers of Qazaqstan was established.
8747