Lemony Snicket pledges up to $100,000 in racist joke apology 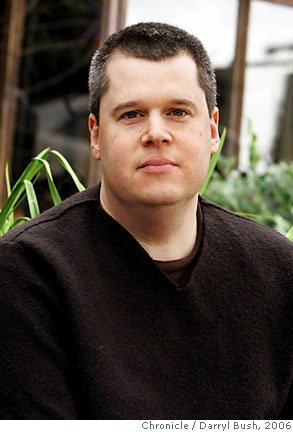 After apologizing for his “monstrously inappropriate” comments at the National Book Awards, where he made a racist joke about fellow author Jacqueline Woodson, Daniel Handler has pledged to donate up to $100,000 to a campaign dedicated to increasing diversity in children’s literature.

The author, whose pen name is Lemony Snicket, made the announcement via Twitter where he apologized for making a joke about Woodson, in which he said she was allergic to watermelon.

Handler, whose books include A Series of Unfortunate Events, took to social media to state he intends to match donations — up to $100,000 — that are given to the We Need Diverse Books campaign over the next 24 hours.

“My remarks on Wednesday night at #NBAwards were monstrously inappropriate and yes, racist,” he wrote.

“It would be heartbreaking for the #NBAwards conversation to focus on my behavior instead of great books. So can we do this? Let’s donate to #WeNeedDiverseBooks to #CelebrateJackie. I’m in for $10,000, and matching your money for 24 hours up to $100,000.”

The campaign, which is based in Maryland, intends to set up a number of paid internships for applicants from diverse backgrounds “who demonstrate financial need,” once it meets its target of $150,000. At the time of writing the campaign had raised $124,179.

Handler went on to write: “Brown Girl Dreaming is an amazing novel and we need more voices like Jacqueline Woodson. Help make it happen for #WeNeedDiverseBooks…”

Share:
Similar articles
#LITERARY NEWS
‘English Rakugo Show’ took place in Nur-Sultan
1685
#LITERARY NEWS
Astana hosts an Eurasian Literary Forum under a title “The Power of a Word in a Modern World” these days
3685
#LITERARY NEWS
It has been 93 years since the Union of Writers of Qazaqstan was established.
8866