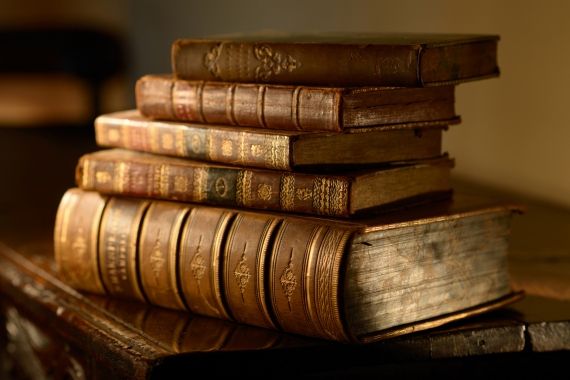 The collection from 13 thousand books belonging to one of the main figures of the Third Reich Heinrich Himmler is found in National library of the Czech Republic.

Books have been found in storage of library near Prague which wasn't sorted since the beginning of the 1950th years. The Norwegian historian of a freemasonry Björn Helg Horrisland who personally participated in identification of some books, has reported to the Norwegian newspaper Verdens Gang that the part them was stored in library of the Norwegian award of free bricklayers in Oslo earlier.

It is established that the Norwegian masons possessed about six thousand from the found books, they have been taken out by Germans from Oslo during World War II. “Possibly, many of these books made so-called “witch” library of Himmler”, - the scientist has told.

In 1935 at CC the special department "H" (H-Sonderkommando, called so on a letter, with which begins the German word Hexe - "witch") which has existed till 1944 has been created and collecting materials about medieval witches. The staff of department surveyed in search of these data of 260 libraries and archives.

Historians still argue why this work was necessary for nazis. One believe that the purpose was to prove as if prosecution of witches was attempt of inquisition of the Roman Catholic Church to destroy the German race, others consider that studying of myths of ancient Germans could be useful for justification of racist theories, the third connect work of department with personal hobby of Himmler for an occultism and interest in own family tree (Himmler considered as one of foundresses some kind of witch burned on a fire).

As the Norwegian TV company NRK reports, Horrisland's report at the conference in Kristiansand (the Southern Norway) dated for the 77th anniversary of occupation by Germans of Czechoslovakia is devoted to reconstruction of “witch” library.