Home Literary process Aitys: hardly one will shoot the stanza, another immediately shoots back

Aitys: hardly one will shoot the stanza, another immediately shoots back 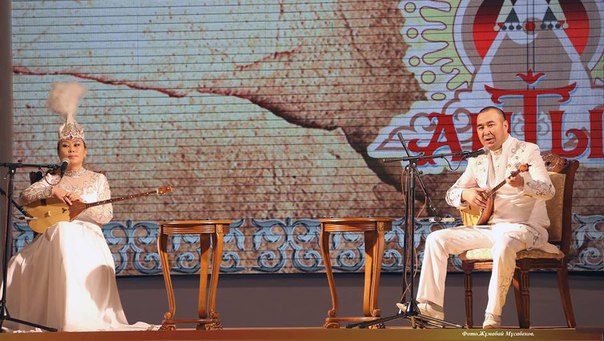 The Kazakhs since ancient times settled on big space in the heart of Eurasia always differed in a relation of culture, language and outlook. It promoted preservation of unity of the people and national integrity. Huge distances from one end of the country to another couldn't confuse the nomad in any way: covering the long distance, they transferred cultural and historical heritage. Now, in the world of the Internet, the TV and phones, there is no need in that any more, but thirst through songs to tell about how there lived our people, still remains.

Among such values independently costs aitys - the unique genre of oral and poetic creativity having centuries-old history. The eminent aitysker (person who make the performance) tided over the long distance to meet other notable akyn (poet). The people were flown down on such event even from the most remote auls (villages). During an aitys the aitysker sang from the region, about its inhabitants, feature of their customs. Thus, Kazakhs from the North perfectly knew about how Kazakhs live in the south; the western Kazakhs learned about the compatriots from east part of the country and vice versa; though those, and others could never be in these regions.

The foreign guests getting to the Kazakh lands and becoming witnesses of such competitions wondered of virtuosity and resourcefulness of akyns. For example, the Polish poet and the ethnographer Adolf Januszkiewicz in the middle of the 19th century enthusiastically wrote about the aytys, which he saw: “As at the Olympic Games two poets fought with each other. Hardly one will shoot the stanza, another immediately shoots back; the first safely attacked, the second was skillfully protected; the passion at both all increased and kindled bitter struggle. It was the fascinating scene”. 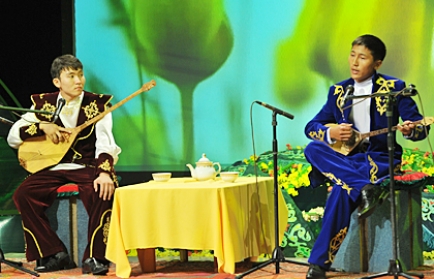 Aitys – traditional at Kazakhs and other nomadic people of Central Asia competition of akyns improvisators – it gained the development in Kazakhstan since 1943. In December, 1943 aitys has been for the first time carried out in Almaty, and its main organizer was the Central committee of the Communist Party of the Kazakh Soviet Socialist Republic. Party ideologists then have used the best efforts that in the improvised song competition loved by the people promotion of the Soviet government sounded.

In a scenic aitys of the 1980th years which became the tele-project recognized for Kazakh language audience by this time political problems let and a hint, but nevertheless rose. After disintegration of the Soviet Union in the middle of the 2000th years aitys seemed as a tribune of creative freedom with which the open criticism to the government expressed. However, since 2006 competitions of akyns begun to be controlled by the authorities of Kazakhstan in every possible way. 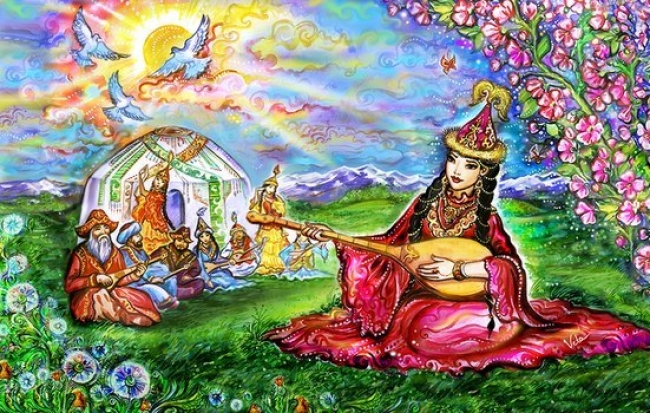 Since then a lot of things have changed. The last several years aitys, collecting large audience in front of TVs, wasn’t shown in television. There were rumors that the reason for that was the fact that aityskers too openly criticized the power. But the ancient tradition has stood against censorship. Many of you know better now about any rap battles and the western rappers who on in primitive recitatives have made to themselves a fortune. With full confidence it is possible to say that any participant of rap battle can't hold a candle to an aitysker, and will escape in a few minutes after the beginning of competition. In an aitys there is no place to “show off” and if in the person there is no profound knowledge, and also empathy to problems of the people, it isn't necessary to him became an aitysker.

Share:
Similar articles
#LITERARY NEWS
‘English Rakugo Show’ took place in Nur-Sultan
1575
#LITERARY NEWS
Astana hosts an Eurasian Literary Forum under a title “The Power of a Word in a Modern World” these days
3430
#LITERARY NEWS
It has been 93 years since the Union of Writers of Qazaqstan was established.
7968