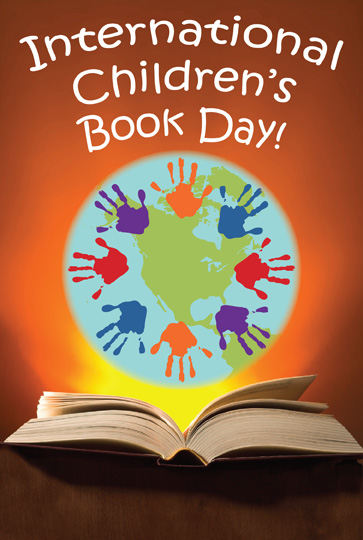 Since 1967 on an initiative and the decision of the International Board on Books for Young People, IBBY annually on April 2, at birthday of the great storyteller from Denmark Hans Christian Andersen the whole world celebrates the International Children's Book Day. This day organizers of action, with special enthusiasm emphasizing that it is necessary to read good books since small years, propagandize, thereby, an enduring role of the children's book in formation of spiritual and intellectual shape of new generations of Earth. It is necessary to tell that children's literature has appeared rather recently. In the middle of the 17th century children were generally told fairy tales orally, or they read approximately the same, as parents, for example, the fable. But generally the circle of children's reading was reduced to studying of the Bible. In the 18th century children already read such well-known works for today as “Robinson Crusoe” of D. Defoe and “Gulliver's Travel” of J. Swift, not less popular were collections of east fairy tales.

And only in the 19th century they could read works written especially for them, in particular — fairy tales of brothers Grimm and G. H. Andersen who has made the contribution to creation of the children's book. By the way, in Russia the considerable attention was paid to creation of children's literature too. It is known that even in the 17th century the celibate priest Sabbatius wrote verses especially for children, and at 18-19 centuries children's works were created by S. Aksakov, A. Shishkov, A. Pogorelsky and others. Then also the first children's magazines have begun to appear. And, of course, the Soviet children's writers and poets — A. Gaidar, N. Nosov, A. Bartho, K. Chukovsky, V. Bianki, B. Zakhoder, E. Uspensky and many others. Now children's literature is the whole separate direction in literature. And every year one of National offices of IBBY acquires the honourable right to act as the international sponsor of this remarkable holiday — the International Children’s Book Day.

Annually the subject of holiday is defines, the famous author from the country hostess is invited to write the message to all children of the planet. Also the famous artist is invites to create the poster of the International Children’s Book Day. Further these materials are used for promoting of books and development of interest in reading worldwide.

Also in the Children’s Book day (two times in a year) for children's writers and artists the main and most prestigious award in this literary area — the International award of G. H. Andersen with delivery of a gold medal is awarded (it also called as “A small Nobel Prize”). The gold medal with a profile of the great storyteller is handed to winners on the next congress of the International council for the children's book, as well as the Honorable diploma for separate books for children which is awarded for an illustration of children's books and their better translations on world languages. Also traditionally for Day of the children's book in many countries date holding various exhibitions, competitions, representations, conferences and festivals devoted to the best children's works. And — morning performances and Weeks of the children's and youthful book where modern children's writers and poets who read the works are invited and answer questions of little readers.

Similar articles
#LITERARY NEWS
‘English Rakugo Show’ took place in Nur-Sultan
2322
#LITERARY NEWS
Astana hosts an Eurasian Literary Forum under a title “The Power of a Word in a Modern World” these days
6698
#LITERARY NEWS
It has been 93 years since the Union of Writers of Qazaqstan was established.
12888