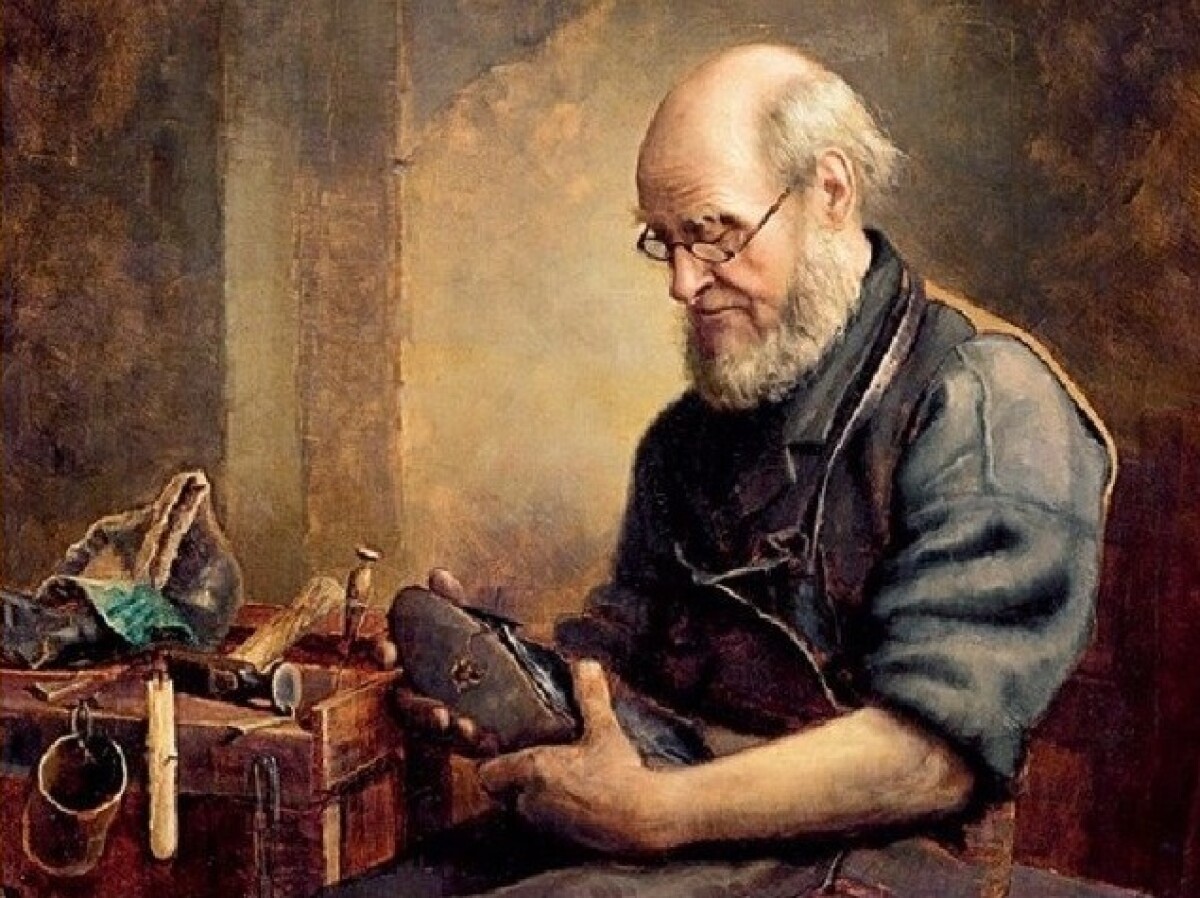 There was a king, once upon a time. It turns out that the people do everything on time. One day the king said: “My lord, who has always shown the good sides of the people, will take his place, and my people will love me. That's why, I think they are useful. Now I am going to issue a decree that is harmful to these people. Will my people listen and restore it? No, won't you?” – he thought and answered to his viziers:

– Inform all the people: “Let no one benefit!” – he orders. And it came to pass, when the viziers had made an oath unto the people, that they said unto the king,

– “Your people will carry out your orders exactly as you say”, – he said. A king does not give an answer to his servants. In the middle of the night, while he was walking down the street, dressing in old clothes in order to see how his orders were being carried out, a light was on in a nearby house. When the king entered the house where a candle was lit, a shoemaker was sewing the boots. The shoemaker sees an almsman and gives him some bread. Then the almsman:

– “What have you done to disobey the king?” Where is the saying, “Nobody should benefit anyone, and no one should light a candle?” – he says. The shoemaker said, “What are you doing there? A king who rules like that is a fool. Because I am a poor person. I make four tenge per day and lose four tenge. That's how I live actually. If the king had been wise, he would have known this” – he said. The king did not answer, so he called four wise men and told them: “I told you that you are better than others. Now I have a question for you. I earn four rubles per day and lose four rubles. What are the benefits and harms? You should find them in three days. If you can't find them, I will cut your head off! If you find someone you can find, even if you can't find it, you will be escaped from the punishment! – he said. The servants could not decide for themselves, and they could not find anyone to help them within three days.

– What would you give me if I found the king's question? – he says. The viziers will give in four thousand hearts. A cobbler counted four thousand of them and went with them to the king:

– Your Majesty, I sew the boots and earn four rubles per day and lose four rubles. He said: I will lend one som for you. I will give one ruble to pay off my old debt, throw one ruble into the well, and spend one ruble with my wife and me, – he said.

Then the king said:

– We all understand the money spent on you and your wife, you need to find out where the remaining three rubles were spent, – he said. The shoemaker replied: