A book 'A Wormwood odor' of a renowned Qazaq writer Sain Muratbekov in his creative practice is the tenth book. The novel is as clear as crystal, bright and lyrical. It demonstrates the national picture of the world with its inevitable problems, conflicts, joys, in the depiction of which the author shows himself to be a subtle psychologist and a great connoisseur of the human soul. 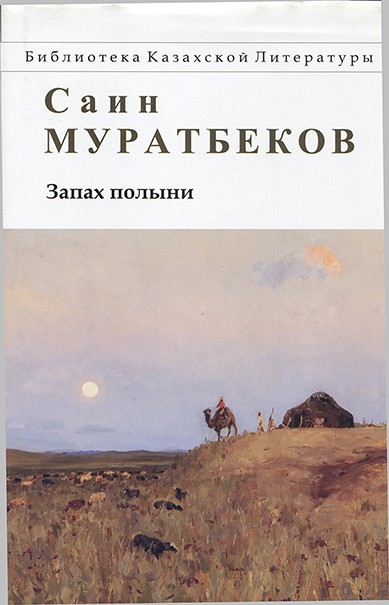 A novel 'A Wormwood odor' plunges the readers in the events of 1942. The main hero of the story is Ayan, it is a boy with a hard life, who, despite all difficulties, believes in fairy tales and makes other children believe in them.

The bitter odor of wormwood becomes a symbol of fathers and brothers who left them to fight in the Second World War.

A key meaning of the novel is hidden in a dialogue between children, whose fathers and brothers went to the war. The dialogue looks as follows:

'Guys, what happened to me! If I tell you, you will not believe Me. This morning I saw my father, - he said in the voice of a man who received an unprecedented gift. - That is true! Yesterday I was put on my father's coat and it smelled like my father. It looks like odor of wormwood. My grandmother when she was alive used to say: 'You know, I gave birth to your father on the Wormwood Hill. It seems like since that time the smell is lingering somewhat. The odor is bitter and pleasant.' I sniffed the coat and lay for a long time, fell asleep and I had a very vivid dream. I saw in my dream my father and he is healthy and cheerful.

'And I also cover myself with my father's coat. It also smells of wormwood' - noticed one of the guys. And then they started talking about fathers and brothers, in short, what smells like the clothes left by them. And what is interesting everyone agreed that their fathers and brothers also smelled of wormwood, as if they were born on the Wormwood Hill.' An odor of wormwood suddenly changed from painful- memories to little hope.

Deep humanity of the novel attracts the hearts of readers. Behind the lines, we see not only a wise writer, but also our contemporary, who is carefully looking into the fate of people who are not spoiled by life, who have experienced all the sorrows and sufferings. 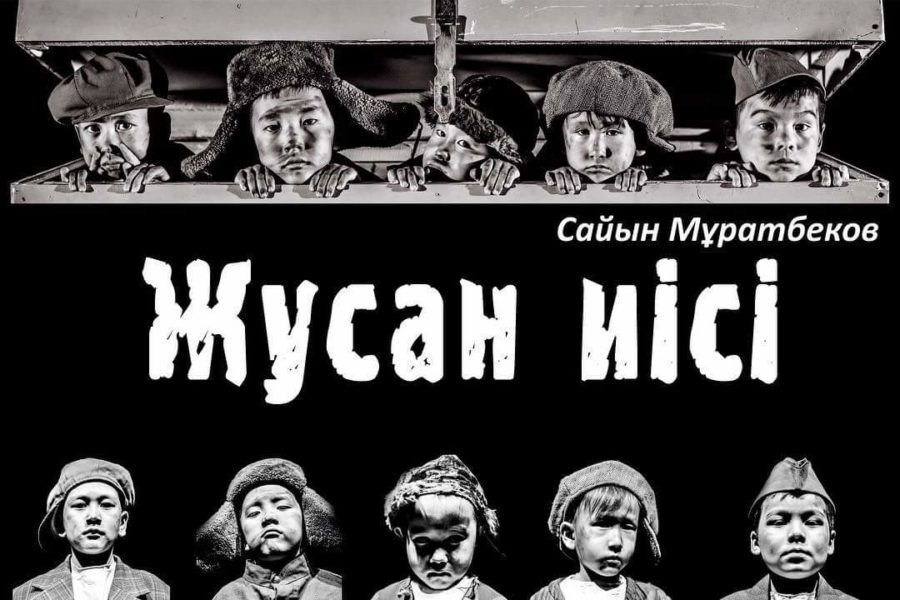 The author provides a happy ending in the final part: wormwood – grief - separation turns into wormwood – hope - faith. 'A gentle wind blew and brought a familiar harsh odor from the Wormwood Hill. And I thought: if he is still alive, he will certainly come here. Because sooner or later he will be attracted by the bitter odor of wormwood.' The Great Steppe, a homeland of Qazaq soul becomes a full-fledged character in the story, it plays a significant, sometimes crucial role in the life of the characters.

'A Wormwood Odor' is one more pearl in a rich literary and cultural heritage of writers of Qazaqstan.

Sain Muratbekov was born in a large family in a village under a name Konyr, situated in Almaty region in Autumn, 1935. He lost his mother early, and his father fought in the Second World War. So, the boy was brought up by his grandfather. A rough hungry childhood left an indelible imprint on his creative works.

After secondary school Sain Muratbekov started to work in a sovkhoz (a state-owned farm of the former U.S.S.R) and write and publish his first articles in local and regional newspapers.

In 1963 he graduated from the Qazaq State University (at present time Al-Farabi Qazaq National University). By the age of twenty-five, when the work biography usually begins, Sain Muratbekov has already changed several professions. He was a collective farmer, a worker, a schoolteacher, a civil servant, a journalist.

He had an excellent opportunity to learn life of Qazaq aul (means “a village” in Qazaq language) and the city. This experience helped him very much in his future writings.

After graduating from the Higher Literary Courses of the USSR Writers' Union in Moscow, Sain Muratbekov devoted himself full-time to literary pursuits.

He worked at the newspaper ‘Communism tany’ (at present time ‘Zhetisu’). Later on he was a head of the department, an editor-in-chief of the most popular Qazaqstani magazine ‘Zhuldyz’ and the newspaper ‘Qazaq adebieti’, a senior editor of the film studio ‘Qazaqfilm’, a consultant, a director of the Bureau for the propaganda of fiction of the Writers’ Union of Qazaqstan, a secretary of the Board of the Writers' Union of Qazaqstan, a director of the publishing house ‘Zhazushy’, an editor-in-chief of the newspaper ‘Halyk Congressi’ and one of the leaders of the movement ‘Nevada-Semey’.

He acted also as a Vice-president of the International Literary Association ‘Eurasia’.

Sain Muratbekov during his lifetime was one of the most widely read Qazaq writer. The first collection of stories ‘My Sister’ was published in 1961, then books of short stories and novels ‘Aul’s Lights’, ‘Niva’, ‘A House of a Young Couple’, ‘A Wild Apple Tree’, ‘I'm looking for a Friend’ and others were published.

He is a recognized master of the novel. In his works the writer touches upon eternal questions, related to: life and death, good and evil, truth and delusion. He does not look for fanciful stories. His plotlines are taken from everyday life, but Sain Muratbekov knows how to find true poetry in everyday life.

It is noteworthy that almost every story of Sain Muratbekov is a story about the moral and ethical principles that exalting a human being. They do not contain any direct edification. Thanks to this, he easily found and continues to find the way to the heart of every reader.

Almost every work created by Sain Muratbekov became a remarkable event in the Qazaq literature. On the basis of his scripts were produced such films as ‘A Return of the Son’, ‘Autumn crooked path’ and ‘My dear’. His prose is translated into 20 languages.

He is a laureate of the Independent Tarlan Prize, Mukhtar Auezov Literary Prize and State Prize of the Republic of Qazaqstan. Sain Muratbekov was awarded with the Badge of Honor and the Order of Kurmet.