Home LITERARY PROCESS ESSAY About a novel ‘Beautiful Qamar’ of a renowned Qaza... 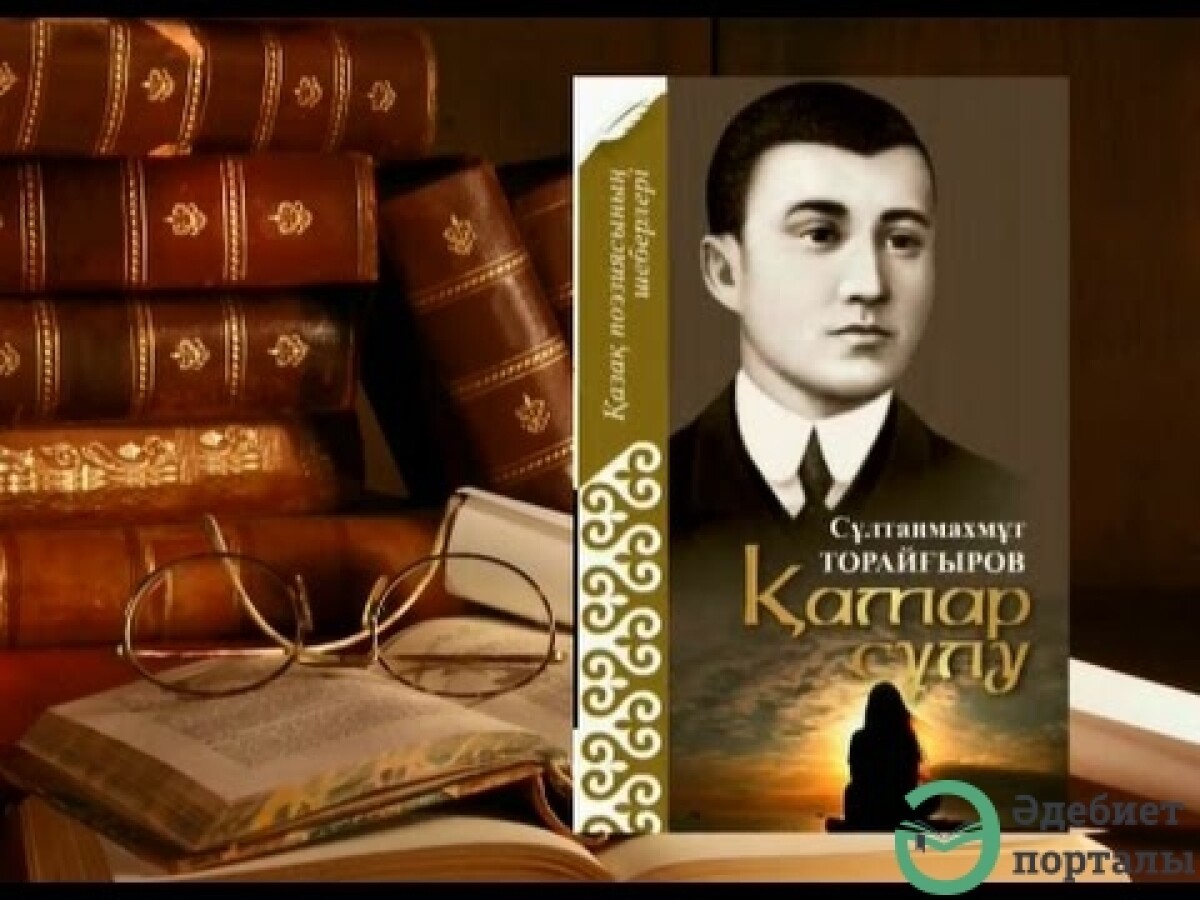 During the years of Sultanmakhmut Toraygyrov’s literary debut, Qazaq literature was still in its infancy. It mainly consisted of fairy tales, legends and folk stories, as well as short stories of the well-known in Qazaqstan enlightener Ibray Altynsarin.

Short stories, essays, articles on economy, culture, ethnography of the Qazaq people appeared in the periodical press only at the beginning of the 20th century. It happened at that time because exactly at that moment the periodical press had started to develop. Some of the writers wrote larger works of art called novels. Most of them were devoted to subordinate position of women in society. The novel ‘Beautiful Qamar’ is based on author’s own tragedy.

During the time of his work as a teacher in the village school Shyngastay, the Sultanmakhmut Toraygyrov’s beloved married at the insistence of her grandfather another man. Leaving her parents' house, Bagila burst into tears and confessed: ‘I would not agree to this marriage if my father asked for it, but I did it because it was proposal of my grandfather’. 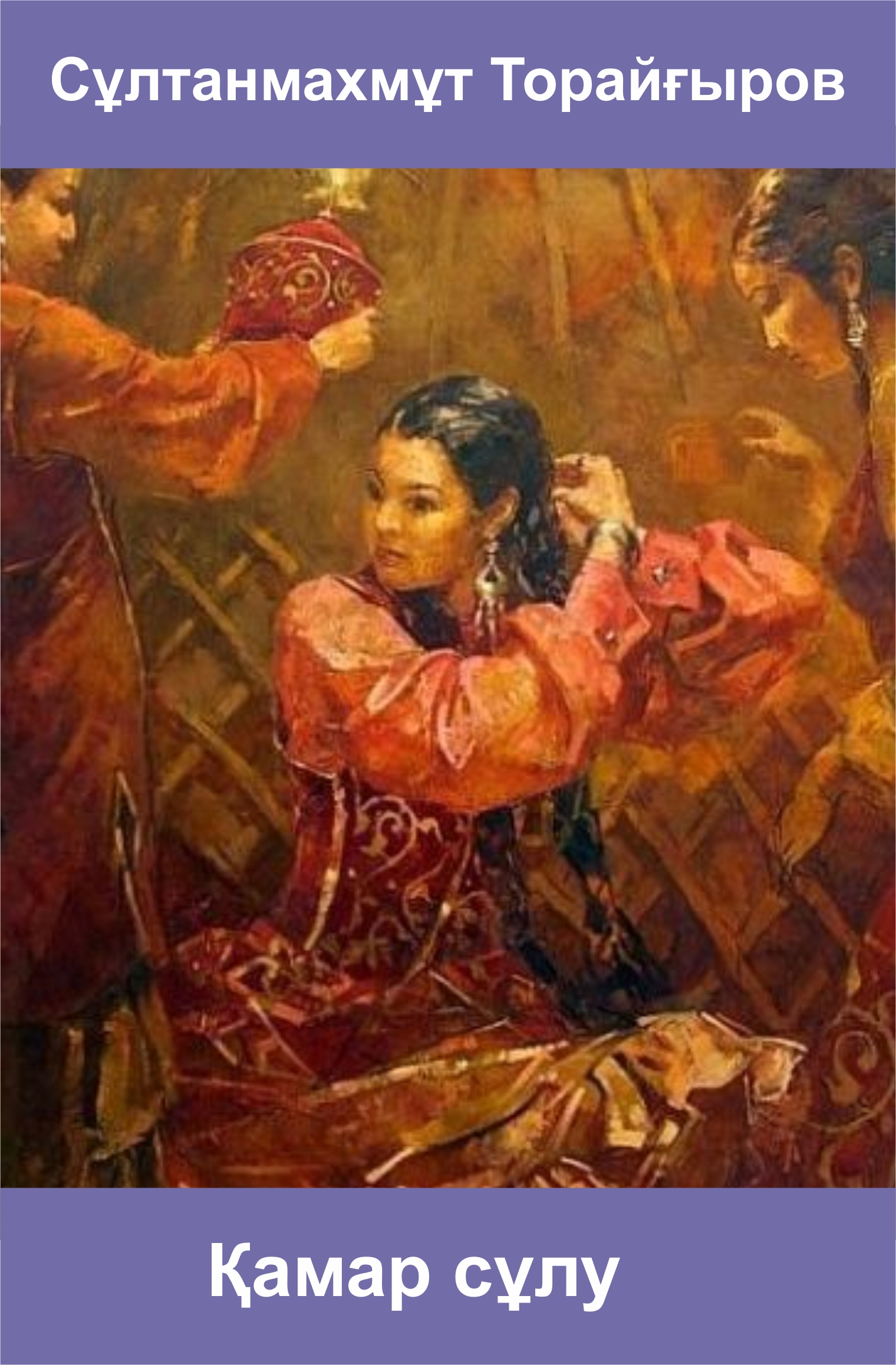 Two lovers failed to change the ancestral customs to go against their elders and their love story ended. Suffering from mental pain, the young writer put pen to paper and started to write the novel. In this way, the novel ‘Qamar Sulu’ has become a kind of monument for the beloved.

Qamar Sulu’s father, Omar, is a sedate, highly respected man. He takes care of the upbringing of his children: Qamar learned Muslim literacy, and her elder brother Hasen studied in a Russian gymnasium in the city. The closest relatives of Qamar - Qaltan khoja and Ospan byi are also respected people in the aul. Her secret and obvious admirers do not dare to confess openly her in their love, because they are scared of her straightforward nature and incurring her strict father’s wrath.

The only young man, Akhmet, is worthy of love Qamar. He surpasses his peers: ‘In addition to his intelligence, Akhmet is brave, like a leopard, handsome, like a falcon, and talented. At all the big gatherings, weddings, ‘aytys’ (a song competition held between two aqyns – improvising poets and singers in Qazaq culture) no one could compare with him in quickness of wit ...’.

But Akhmet is poor and this circumstance becomes an impenetrable barrier to the heroes’ happiness.

After much reflection, Akhmet finally decides to confess to Qamar in love. He writes a letter in verse to her and a confidential correspondence is started between them. But as a level-headed person Qamar understands that poor Akhmet cannot afford to pay the ransom for her. And she writes him a farewell letter.

‘... I accepted my fate. Now you should accept.

Akhmet’s reply letter falls into the wrong hands and soon the dirty gossips about Akhmet’s feelings to Qamar is spread around the aul (means ‘a village’ in Qazaq language). Following the event, a new misfortune falls upon Qamar: she is forced into marriage to rich old man Nurum.

A protest flared in her soul. She does not want to tolerate violence and abasement of human dignity. Defying age-old customs, she calls upon people to help her throw off oppression. Unable to stand the test of time and the full assault of hardship, Qamar gets sick and dies.

Shocked by the loss of his beloved, having the desire for revenge, Akhmet tries to pull a knife out on Nurum, but in the end he dies.

By the novel Sultanmakhmut Toraygyrov shows cruel traditions and customs of the feudal-patriarchal society. The volost ruler Nurum, Qaltan khoja and Ospan byi - all of them are shown in the novel as monsters who lack honour, conscience and faith.

The writer condemns the rest of the inhabitants of the aul, who did not dare to stand up for Qamar, as well as her father, who did not defend a daughter. He draws with great sympathy the images of the main characters, defending their right to happiness.

The author does not accept religious hypocrisy and superstition. He depicts a terrible scene of the treatment sick Qamar by the shaman. The witch-doctor in the eyes of a superstitious crowd tries to cure a disease of the exhausted girl to the to the point where she lost consciousness.

He runs down with contempt to the institution of the levirate, that ruled in society of that time (the custom of inheritance by relatives of the wife of the deceased), and giving bride price.

The novel ‘Qamar Sulu’ can be called a poem in prose. The poet writes excitedly, sometimes with rhythmic prose and inserts poetic texts.

Colorful epithets and comparisons, sayings and proverbs, popular expressions taken from oral poetry and created by Sultanmakhmut Toraigyrov himself make the novel interesting, with a peculiar national flavor.

Sultanmakhmut Toraygyrov’s works are penetrated with a passionate dream of a free society. His literary heritage, aspiring to the future, brings the ideas of humanity, unselfish love for the Motherland. With his ascetic life and creative work, the poet-lover of folk affirms the moral ideal of man.