The first part of Abdi-Jamil Nurpeisov's novel "Final Respects" was published in 1983 after some difficulties, artificially created by Ruling power of that time. The inconvenient truth about the dying Aral Sea was unnecessary for the Soviet power, although the author had just started to talk about the unreasonable deeds of man, that led to an ecological disaster. He was the first who raised the alarm about the Aral tragedy. The novel in its final version was published at the end of the twentieth century, in 1999. But the comprehension of what had happened in the Aral Sea began much later. 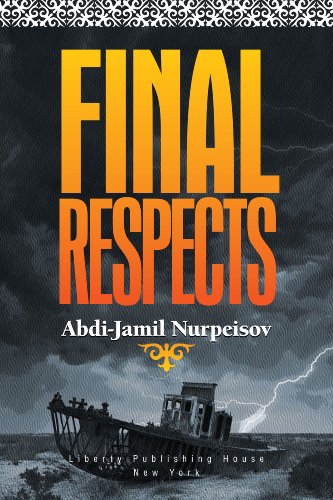 Viktor Shklovsky noted some time ago: there are about one and a half or two pages describing human happiness in the world literature. The rest is a man at the crossroad, the disturbed warren of his soul, his pre-threat spiritual order. The novel “Final Respects” tells about all these things.

""Final Respects" evokes a sense of disaster. And how can I not believe in the possibility of such an ever-increasing disaster, if in my eyes for a quarter of a century has withered and for a year in terrible agony the once-blue Aral is perishing. The Sea representing the rarest miracle of Nature, created among the sand, the Sea, on shore of which I was born and grew up in full confidence that the Sea is eternal, like the sky, like clouds floating above us.

A man put himself in the place of God, he easily cuts down forests, drains swamps and, having drained, for example, a lake, creates a man-made miracle elsewhere.

Our ancestors used to say: "Be afraid of those who are not afraid of God."

It can be said that "Final Respects" is a book about how, by flouting the law of God, a man, getting excited, stopped noticing that at the end he is destroying himself. He destroys pillars on which his world stands and thereby he deprives himself of hope for the future.

I am sure that there are some laws, commandments, which are primary for everyone. Only by explaining them for ourselves and keeping the rules inviolate, we will understand how we can organize our life on the Earth better", - said Abdu-Jamil Nurpeisov, expressing his opinion about the book. 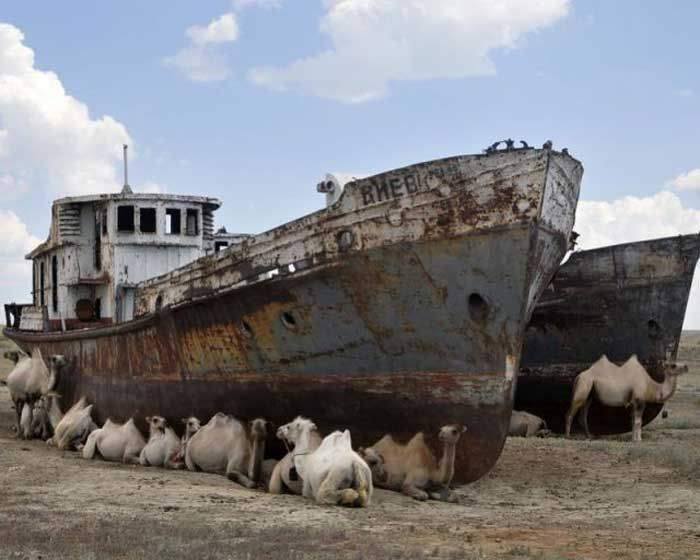 "Blood and sweat" is a Person in the face of Revolution.

"Final Respects" is a Civilization in the face of Ecology.

The motives of groundwork of the novel „Blood and Sweat” did not disappear from the new narrative, but dissolved into it, they found a new life here.

In the second book of the novel its heroes are isolated on an ice floe drawn into the open sea. They stayed on the scarcely frozen water, lost, helpless, blown out by the fierce winds. One on one with destiny, except for drifting along with them an old wolf. Unexpected equality before the disaster, before the trial, sent down by the Will of Fate.

And there is no sense any more in Academician Azim's excellent skills to spin intrigues to achieve his goals, or Bakizat's heady schemes, which she devised in order to get rid of the spouse Zhadiger who was mired in the Aral troubles and to conquer the main city of the country of that time - Almaty. There is no sense any more for Zhadiger to feel aggrieved or to be jealous of his wife. All of these lost their importance. Ambitions and their self-interest dissapeared. Only the sea, a thrilling wind blew off the frozen sea and the dreary howl of a hungry predator is all around. May be it is not yet the apocalypse, but its bad feeling. The breath of Primordial, the Universe, the dialogue, not with friends by misfortune, but with the Eternity, with unquestioned power of vicissitudes of life and frosty sun.

Just the day before Academician Azim imagined himself as a Lord of the Environment. And what happened today? Confusion, fear, hope in the mercy of God. It is not just the collapse of illusions, but the moment of truth, the Day of Retribution.

The second book of the novel is gaining strength as an awareness of the universal bond, universal dependence and universal fault. Segmental events close the line and become deeply interwined.

Here, on a brittle and crushing ice floe a decrepit old wolf invoices Zhadiger for an once killed female wolf. On the same place the Sea itself, which was divided during a transformative experimental test into the Big and Small Aral invoices Azim. Here Bakizat having a weakness to live in a colourful metropolitan life stew in her own juice of betrayal.

The plot of the second book "Final Respects" is a forced Robinsonade, wandering in ice captivity. The heroes wander not so much in the twilight, falling on ice hummocks, but in the darkness of their soul. It seemed to be an accident, or a confrontation with a impenetrable conscience, or retribution. Each of the heroes of the novel has his or her own fault. Personal guilt of each of them is individual.

In effect all heroes of the novel learned a hard lesson: each of them in his or her own way is entirely to blame in consequences of their life, in what they have done or left and therefore "do not look for fault in others, or to their omissions and commissions."

At the last fatal line, when a warm soul, like a bird, leaves the cooling body, one must remember the "final respects" of any human-being - thanking God for the joy and sorrow in our transient life, it is necessary to remain at least a small drop of Good in a great Memory of Mankind.

The author wrote the novel "Final Respects" for almost a quarter of a century.

To the question of the journalists "What about is your novel?" Abdi-Jamil Nurpeisov answered:

"It would be simple to say that a novel about ecological problems. The fate of a human-being is closely connected with the fate of his homeland. Take a look at the situation, when in your eyes your Homeland is dying, the Sea is drying up, the soil is degrading, your fellow countrymen are leaving the Homeland in search of better odds and shelter, you would perish with them.

We are all children of God, we are not allowed to choose times. Man is born even during the war years, born in times of environmental disasters, the collapse of all foundations. The time without pity presses and tests our mental and physical strength.

In colclusion, we see that the author shares with readers in the novel with his tense thoughts on environmental issues, on the moral state of society, on responsibility before his own conscience and civic duty. He expressed all his pain and anxiety for the future of Mankind in it.

The book was published in English in the USA in 2013. The translation was made by an experienced American translator Catherine Fitzpatrick.

For his novel "Final Respects", Abdi-Jamil Nurpeisov was awarded M.A. Sholokhov International Award in Literature and Art in 2003.