About qazaq children's book: „In Search of Golden Bowl: The Adventures of Batu and His Friends” 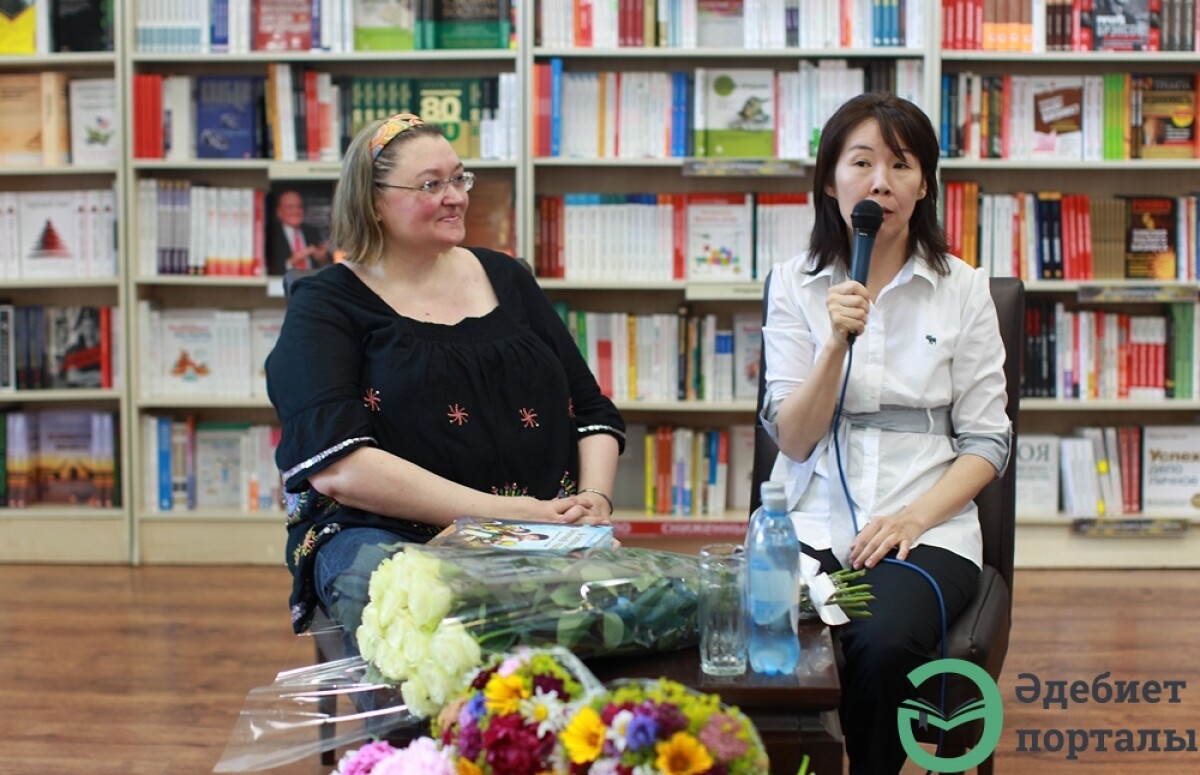 The children's book “In Search of Golden Bowl: The Adventures of Batu and His Friends” is written in the genre of „turkic fantasy” with elements of a children's detective and action. 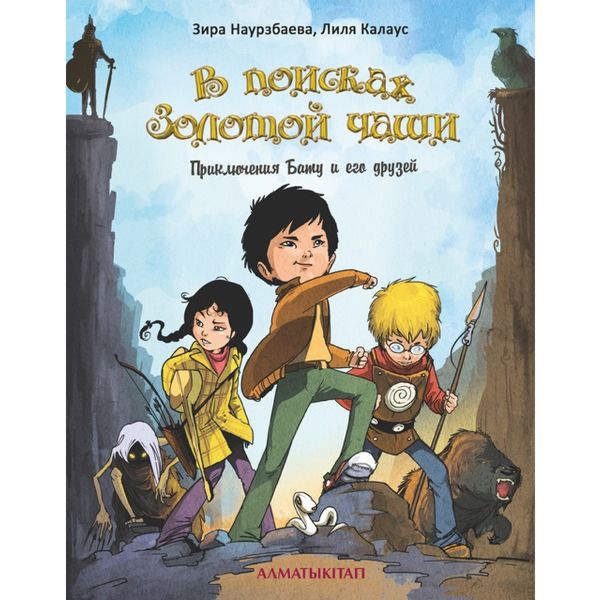 The authors of the book succeeded in combining the realities of the life of modern children with the history and mythology of the ancient Turks, and described the rather complex spiritual views of the Tengrians in an easy accessible language.

A mythologist, supporter of Qazaq folk culture Zira Nauryzbaeva and a writer Lilia Klaus wrote the book together.

The book tells about the adventures of Batu, a boy living today and his friends. Schoolchildren become acquainted with Aspara, the prince of the Massagets, and together with him they go to seek the sacred golden cup of wisdom and justice mysteriously disappeared in ancient times. During the search, they meet mythological characters, such as a holy bird of happiness Samruk. The bird helps children to defeat the intrigues of enemies. Unexpected finds and losses, betrayal and meeting new friends, finding themselves wait for the heroes of the book.

Through history that takes place against the backdrop of Qazaqstan's reality, children are gently offered information about Qazaq culture, language and history, cultivating Qazaqstan's patriotism, a sense of cooperation and solidarity with fellow-countrymen, a sense of responsibility for their deeds, for their family and for the destiny of the country as a whole.

The writers talk how they decided to write such a book. “Zira and I loved the idea to create something that our children would like to read and it should be for sure about Qazaq culture, mythology and its fairy tales. We thought that ideally the heroes of the book should be children of today, the same children as ours. Because children like to read about their own adventures and discoveries. Very soon we developed the idea and a book about Adventures of Batu and His Friends appeared.

Although the book was written eight years ago, all this time we tried to publish it, but could not find financial funds to publish the book, receiving refusals from the jury of children's literature contests” – said Lilia Klaus.

“I began to spread fragments from the book on my website, and one day a woman called me. She said that she had read the fragments and wanted to publish my book at her own cost. It turns out that she found in the fragments an explanation of why the Qazaqs are forbidden to stand on the threshold. Her parents had forbidden her during her life with her parents to step on the threshold of the living apartment and did not explain why. And she also forbids her children and does not explain why. Because she does not know the reason. And from our book she learnt that the threshold of the yurt among the Turkic peoples is a sacred place, a door to the another world. Therefore, you can not step on it, you can not anger the spirits” – said Zira Nauryzbaeva during one of her interviews.

The book is written in Qazaq and Russian languages and was published first in Russian in 2014. The writers also have an intention to create a full-length cartoon based on the story of Batu and his friends.

Writers believe that readers would find reading this book enjoyable and informative.

Between 2014-2016 she broadcasted the program “Classicomania” on Radio Classic (Qazaqstan).

She is an author of several essays, stories and pictures, which were published and exhibited in Qazaqstan and abroad (Russia, Germany, USA, Finland).

Lilia Klaus is a Laureate of the I and III prizes of the literary contest “Soros-Kazakhstan-Debut” (1996), winner of the Third Open Book Forum and Literary Festival of Central Asian countries (2014, the 3rd place).

She is a Member of the Writers’ Union of Qazaqstan.

2. Zira Nauryzbaeva is a culturologist, journalist, translator and screenwriter.

She graduated from Kazakh State University named after S.M.Kirov (at present Al-Farabi Kazakh National University), has a diploma of economist and PhD degree.