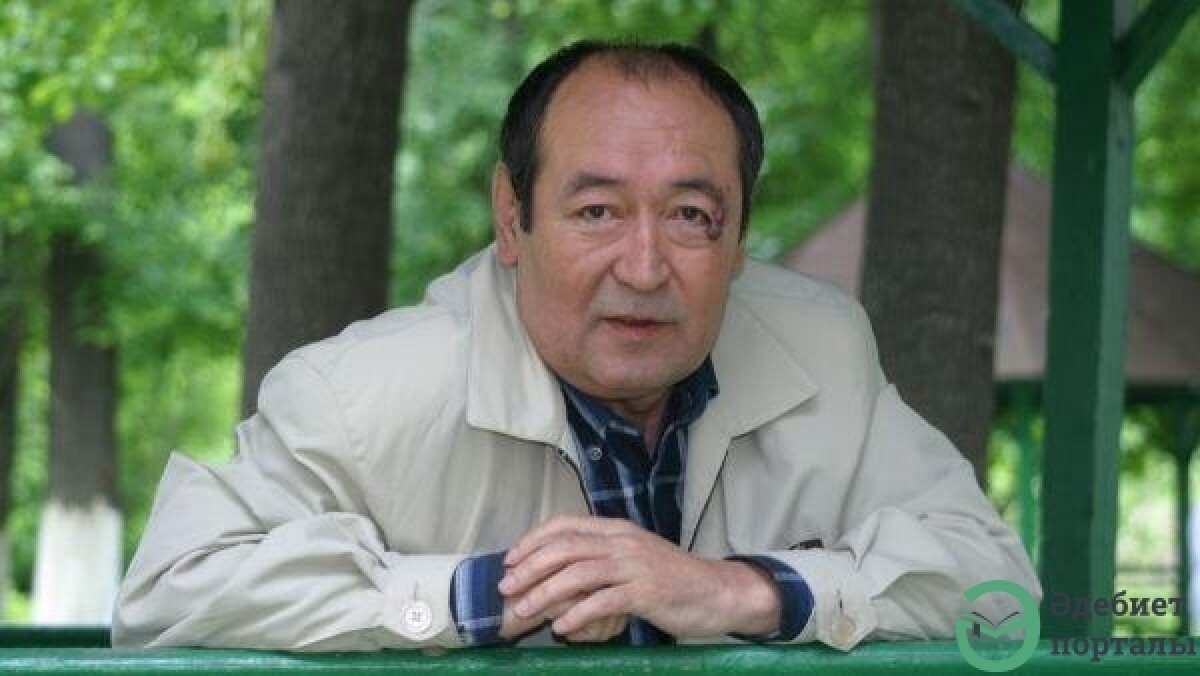 Rollan Shakenovich Seisenbayev is an outstanding personality, talented Kazakh writer, dramaturgist and translator, laureate of Columbia university, member of the Union of Writers, academician of the World Academy of Arts and Culture, one of the leaders of modern Kazakh literature.

He is known not only by his prosaic works but also by deep articles. Such articles are “Uncured illness of a sage”, “Great shadow of the ‘Forgotten’” about a creative path of great Kazakh masters as Abay Kunanbayev and Shakarim Kudaiberdiev from the book “The portrait of Rollan”.

R. Seisenbayev loftily and to a large extent exuberantly told about Abay and Shakarim — noble and gifted sons of his motherland, East Kazakhstan.

The writer devoted the first article in the book “The portrait of Rollan” to Abay. A Kazakh poet, enlightener, thinker, composer, social activist, founder of the Kazakh written literature and its first classic Abay for the first time approached the Kazakh poetry from a philosophic point of view. So called new poetry appeared.

Abay’s poetry is melodious and insightful, full of mystery and impressionism. It is broadly tragic, expresses the pain of society and a person in it.

A great poet passed the world through himself and inside himself created the new world. He broke free from the shackles of surrounding feudalism into the world of new ideas. In the old world it was not comfortable and stuffy for him.

Philosophy for a poet — one of the main directions in his creation. He pondered a lot on the fate of his people, importance of enlightenment and culture. He dreamt of the unity of people, freedom and awakening of them.

A writer told a reader about Abay’s thoughts on a personality led to Lord.

But the way to him lies through the word.

With the soul and heart be pure —

I do not need the truth of the other.

But Lord can’t be reached by the mind,

In vain my tongue talks about him.

There is no doubt! Lord in everything,

That exists in the visible world.

A person — is the product of the God, he was created for harmony and unity in the world. There is no dividing line between heaven and ground for a wise man. Only the knowledge brings us closer to the Divinity. And the root of all evil is the ignorance and unwillingness to know the world.

“The book of words” by Abay is the storehouse of wisdom, meditation, revelation, joy and sadness of thoughts, summing up and heritage to descendants.

The significance of Abay at the world level was emphasized by the epic novel of the Kazakh writer Mukhtar Auezov “Abay’s path” in the late 40s of the XX century.

He was a great Kazakh poet, writer, translator, composer, historian and philosopher. His end was sad (he was secretly shot without trial), but his life was spiritually rich. He went to Egypt, Turkey, Arabia, knew the Turkish, Arabic, Persian, and Russian languages.

He left after himself invaluable works. They are the book “The mirror of Kazakhs” and poems “Kalkaman-Mamyr” and “Enlik-Kebek”. He translated works of Lermontov, Nekrasov, Byron, Tolstoy, Bicher-Stou, Fizuli, Khafiza and Navoi. He wrote “The Chronicle of Kazakh khans”, “Adil and Mariyam”, treatise “Islam”, and did not manage to finish the book “Kazakhs”.

His poems are distinguished by unusual harmony and freedom of speech.

Shakarim was, first of all, a poet and thinker, theoretician of music, and only then a prosaic. Rollan Seisenbayev tells so about him.

The poet strove for the truth, goodness, love for humanity and justice and he wrote, “There is no place on Earth where the truth would not triumph”.

Thus, deep and fair poetry of Shakarim will live forever. On his poems children of the Kazakh steppe learned to write, read, sing, think, love and hate.

The writer R. Seisenbayev not once presented the poems of Shakarim in the translations of Vsevolod Rozhdestvensky and Vladimir Tsybin. And here is one of those:

You appeared into the world naked,

You leave — in the robe.

For happiness you haste:

How to know, will you reach or not?

Rollan Seisenbayev with tremor, deep respect, admiration and sincere love spoke of the great sons of the Kazakh people, who left a huge mark in the Kazakh literature and souls of people both of the Kazakh land, and the whole world. He described their works and life colorfully and exquisitely.

Works and life of Abay and Shakarim, their invaluable literary heritage left a mark in Rollan Seisenbayev’s soul and influenced his creative path a lot. He thought and wrote much about them.