Dulat Issabekov is one of the writers of Qazaqstan who writes in different genres. He is an author of the play, dedicated to the famous Qazaq writer and poet Magzhan Zhumabayev. The play was staged by theaters of Qazaqstan of all levels, as well as abroad.

- For a long time I refused to write about the years of Stalinist repressions. Until I came across new information about our poet Magzhan Zhumabayev. It turns out that his wife Zuleikha came to Karelia 14 times, where he was in exile. He had pity on her, she should go through the swamp to reach him and he said her: “The wives of the Decembrists came to their husbands only once, and you did it 14 times ... Do not come here any more!”. 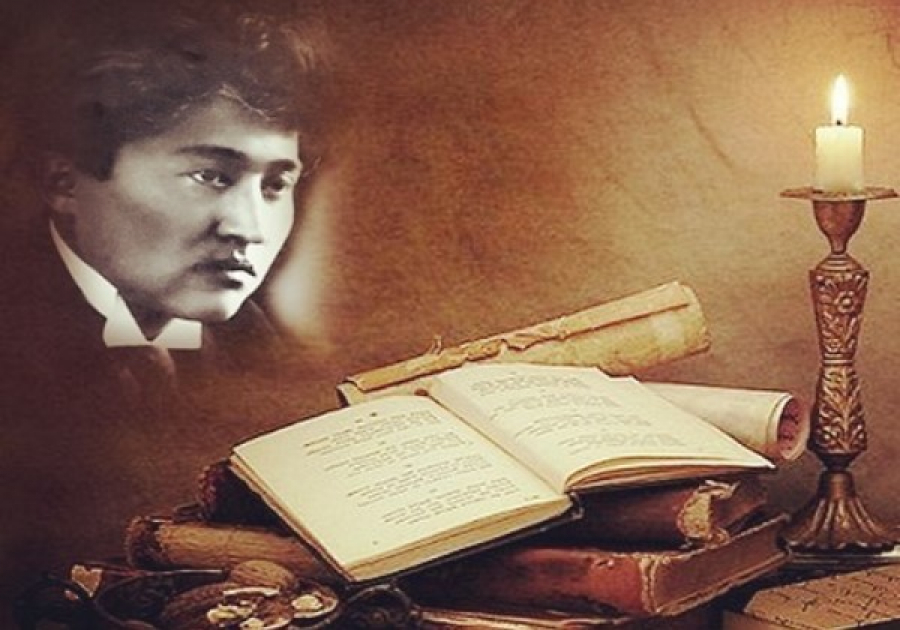 This was one of the reasons to write this work. The other was that there was no order to execute Magzhan Zhumabayev from Moscow. It was done by local representatives of the Soviet power because of their fear.

A former worker of the OGPU (United State Political Administration under the Council of People's Commissars of the USSR) discovered this secret information to Zuleikha. Later on he was also exiled. Upon arrival home, she wrote to the OGPU, she was told that the right to make a decision on a Magzhan Zhumabayev’s case was given to local authorities. Local authorities in their turn sent Zuleikha an answer where they justify their decision. They wrote that her husband was sentenced to death correctly, because in 1924 there was a decision of the Writers' Union of Qazaqstan, where he was accused of nationalism, pan-Turkism and espionage in favor of Japan.

Magzhan Zhumabayev’s wife Zuleikha had a long and rough life. She was born in 1894 and lived for 96 years. Becoming the wife of the poet Magzhan Zhumabayev, Zuleikha shared with him all difficulties of life. She went to see her husband in Karelia, where he was exiled in 1929, she asked the authorities to set him free, proving her husband’s innocence, wrote appeals and complaints.

For example, Zuleikha informed Qazaqstani writer Ivan Shukhov: “When Magzhan Zhumabayev was arrested, I addressed a letter to (Russian) writer Maxim Gorky, who was aware of writings of Magzhan, he valued my husband very highly. He responded very quickly. Thanks to his intervention, Magzhan was released from prison.”

But their life was not easy. They were left penniless, and she had to rescue themselves by selling family relics. A new wave of struggle against the ‘enemies of the people’ fell upon Magzhan Zhumabayev and his wife. On the eve of a New Year of 1938, Magzhan Zhumabayev was again arrested without charge.

Zuleikha’s intuitive sense of the female creature informed her that this time she could not rescue her husband from the walls of the NKVD. By the decision of the tribunal of the Turkestan military district of February 11, 1938, Magzhan Zhumabayev was sentenced to death.

She became a widow. The stigma of “a wife of the enemy of the people” remained long until her husband’s name was rehabilitated.

She kept secretly in a laundry basket in the attic of one of the houses a notebook with records of poems of Magzhan Zhumabayev, as well as his letters and draft materials. She knew about the risk, since the name of the poet was forbidden, and his works, published in the early years, were removed from the libraries. In those years, Zuleikha lived with thoughts that the time would come and her husband would be justified, and his wonderful poems would be known by a lot of people. She led a very secluded life and avoided seeing people. She lived in Petropavlovsk and then in Alma-Ata (now Almaty, a former capital of Qazaqstan).

Before the war, Zuleikha found herself in Leningrad, where she survived the siege of the city. She visited a lot of places where Magzhan lived with hope to find his works published before his repression.

In July, 1960, the long-awaited news about rehabilitation of her husband reached her.

Being already in old age, Zuleikha had a new lease on life, she did everything she could to make Magzhan Zhumabayev's poems and prose more known among readers. However, there were people who did not want to make it happen.

In the 1960s – 1970s, the poet was not popular enough. Zuleikha’s dream came true just before her death. In 1988, the poems of Magzhan Zhumabayev prepared by Zuleikha were published for the first time in the prestigious at that time magazine “Friendship of Peoples”. And only after that event the poet’s works began to be published in Qazaqstan.

The main goal of her life was achieved - the name of her husband Magzhan Zhumabayev and his work became the property of the Qazaq people.