The novel by a famous Qazaq writer Sabit Mukanov “The Flashing Meteor” is an epic about the life and work of a 19th century Qazaq scientist, historian, ethnographer, sociologist, philosopher, journalist, geographer, artist, philologist Shokan Ualikhanov.

The novel, written between 1967 - 1969, consists of two parts, respectively two books. The first book is devoted to the children's and youthful years of Shokan Ualikhanov. The second book is about a period of formation of Shokan Ualikhanov’s views and beliefs. 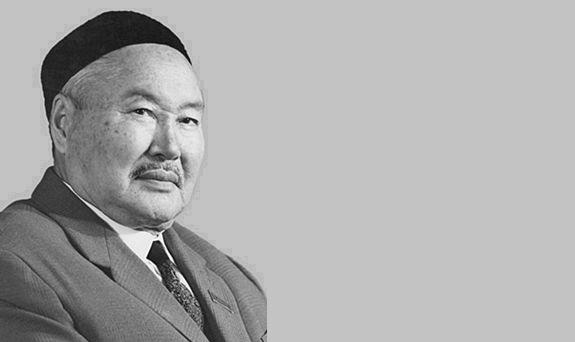 Shokan Ualikhanov left an unforgettable mark in the heart of the people, his early death was perceived as a national tragedy. He died when he was 30 years old. He was the grandson of Abylai Khan, the first ruler of the Qazaq Khanate, who established diplomatic, trade and cultural ties with the Qing Empire.

Because of his khan roots, the heritage of Shokan Ualikhanov was not studied for a long time. Sabit Mukanov wrote this biography-novel, having studied materials from the archives and libraries of Omsk and Saint Petersburg (the old name Leningrad), as well as from other places that Shokan Ualikhanov visited throughout his short life. The work was written in an epoch of relatively weakening of the policy of the ruling regime.

In his philological works, Shokan Ualikhanov emphasized that the oral folk art of the Qazaq people is the cultural and spiritual heritage of the ethnos. He identified the genres of Qazaq poetry, classified legends, fairy tales, aitys (akyn’s song competition), proverbs and sayings, singled out ethnographic features in them. For the first time he studied the works of such famous Qazaq akyns (poets-improvisers) as Asankaigy, Bukhar Zhyrau, Tatikara Zhyrau, Zhanak, Shozhe, Orynbay, Nurymbay. Shokan Ualikhanov was looking for information in Eastern poetry that would tell more about the Qazaq people. Through examination of a large number of literary works, the scientist extracted from them necessary historical data. A lot of useful material and valuable thoughts can be found in his articles, diaries, travel notes, from which someone can learn unfamiliar information concerning a hard life of the Qazaq people in that historical period of time.

His love for literature appeared in early childhood. His father Chingiz often invited home akyns, zhyraus, shechens, narrators. They were carriers of real pearls of folk art and a small boy soaked up information like a sponge. Shokan Ualikhanov, being a child, recorded the poems “Kozy Korpesh and Bayan Sulu” and “Yer Kokshe”, known for each Qazaq now. Later he presented them to his teacher and mentor, a well-known philologist N.Kostyletsky. After some examination of the poem “Yer Kokshe” the scientist found out that the main character of the work was a historical personality, whose name was Batyr (a hero) Yer Kokshe. He died in the battles of 1423. Shokan Ualikhanov wrote a lot about the poem “Kozy Korpesh and Bayan Sulu”, particularly he wrote about the popularity of the work at an ancient time, that it was translated into many languages, that there were several versions of the poem, that Kozy Korpesh’s grave was found and other facts.

Shokan Ualikhanov (his full name is Mohammed-Khanafya, Chokan is a nickname given to him by his mother Zeynep) was born in early November 1835 in the Kushmurun fortress. The fortress was a center of the administrative district located at the crossroads of the Turgai and Ishim steppes.

His father, Chingis Ualikhanov, a descendant of the khan of the Middle Zhuz, Abylai Khan, served as the senior sultan of the Kokshetau district. It was a time when a full control over the country was carried out by the governor-general, appointed by the tsarist Russia, and the elder sultans ruled the newly formed districts. Khan's power was completely destroyed.

Shokan Ualikhanov got his primary education in Kushmurun in a small Qazaq school. Here he learned to write and read Arabic, studied Oriental languages, began to draw with a pencil. In 1847, when Shokan Ualikhanov was 12 years old, with the assistance of Russian friends of the family, he was taken to the Cadet Corps, located in Omsk. At that time the school was considered one of the best educational institutions in Siberia. Shokan Ualikhanov was especially fond of history, geography and oriental philosophy. 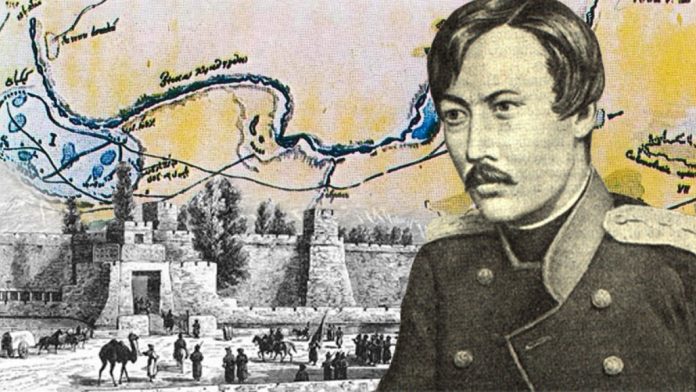 Shokan Ualikhanov graduated from the Cadet Corps in 1853 as a cornet and immediately was assigned to the Sixth Cavalry Regiment of the Siberian Cossack army. A young and educated officer, who perfectly knew the living conditions of the local population, was noticed by the Administration. A year later he was upgraded in a rank, he got two positions: he became an adjutant to the Governor-General of Western Siberia; a special mission officer in the regional body of the Siberian Cossacks. In this way his bright career started to grow.

Shokan Ualikhanov’s first journey resulted in his famous works: “Diary of a trip to Issyk-Kul Lake”, essays “Historical legends of the Qazaqs of the Great Horde” and “Notes about Kyrgyz people”. These are the earliest works of Shokan Ualikhanov, written by him at the age of 21 years. It is interesting to note his observant mind and deep erudition in the mentioned works. He shows himself as a person who knows very well the geography of Tien-Shan and Semirechye, and the history of the peoples who inhabited these areas. This geographical and historical research work of Shokan Ualikhanov was highly appreciated by Saint Petersburg scientists. On February 27th, 1857 he was elected as a full member of the Russian Geographical Society.

A confidential trip of Shokan Ualikhanov to Kashgaria in 1858 became a new stage in his scientific work. He was the first foreigner who visited this previously unknown country after Marco Polo and Jesuit Goes (1603). After his journey he wrote a very well-known book “About a condition of Altyshar or about six eastern cities of Nan-Lou province of China (1858–1859)». The book was highly appreciated by Orientalists both in Russia and abroad, and soon translated into English and published.

At the request of the intelligence services, on April 8, 1860, by decree of the Russian government, Lieutenant Sultan Shokan Ualikhanov was promoted to the rank of Staff Captain and was awarded the Order of Vladimir of the Forth Degree. Besides that, he was given 500 rubles in silver.

In the spring of 1864, Shokan Ualikhanov was on the expedition of Colonel M. Chernyaev, he took part in the capture of Merke and Aulie-Ata fortresses. However, witnessing the cruelty of the soldiers and officers towards ordinary people, Shokan Ualikhanov refused to participate in the military campaign further and went to Verny (at present time Almaty) in protest with a group of other officers. Despite disagreements, Colonel M.Chernyaev proposed Shokan Ualikhanov for a reward. For his battles during the Turkestan campaign, Shokan Ualikhanov got a rank of captain.

Shokan Ualikhanov could not reсover and died in April 1865. He was buried in the Koshen-Togan tract, at the foot of the Altyn-Emel ridge, not far from the caravan road along which he once made his famous journey.

Besides Shokan Ualikhanov’s life path, the book “The Flashing Meteor” by Sabit Mukanov tells about the life of the ordinary Qazaq people. While reading it, such question arises: will the very day that the ancestors of the Qazaqs dreamed of come?

But Shokan Ualikhanov did not lose hope for the bright future of his fellow citizens. In his opinion this hope was the people of the country and their culture. They are like an untouched steppe with its flowering grasses, birch groves and its springs. Dig the soil - where will you find such a rich and fertile land? Sow the seeds and you will see what a heavy yield you will have… And this day will come.

In this way Sabit Mukanov described Shokan Ualikhanov’s views on future of the Qazaq people in his book “The Flashing Meteor”.