Home LITERARY PROCESS REVIEW An Afterword to a New Book. Pearls from the Depths...

An Afterword to a New Book. Pearls from the Depths of the Universe by Yuruslan Bolatov 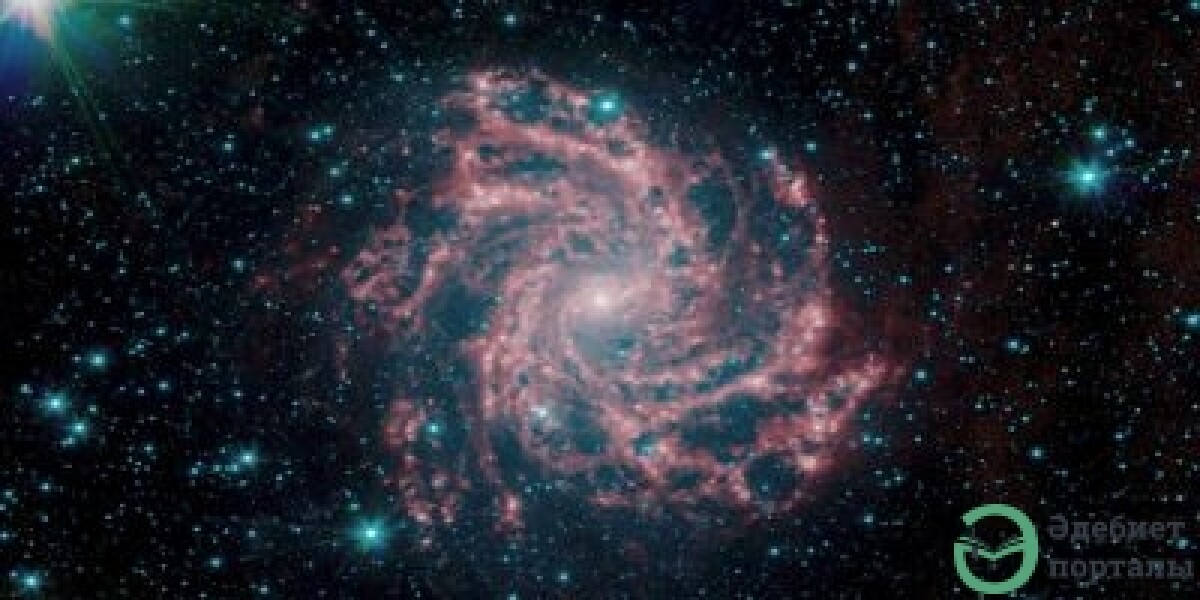 This is the name given by poet Yuruslan Bolatov to his collection of selected poems. The pearl image is very important here. It symbolizes finding the main thing – the meaning of life. One ancient proverb tells the story of a king and a queen of a beautiful country who sent their son to a faraway land in search of a rare pearl. When he reached that land and tasted the local food, the prince completely forgot who he was and why he came there. He started to live an aimless and tedious life, like everyone else. But thanks to some unexpected trials he woke up from his slumber in which he immersed himself in this sleepy kingdom. He remembered his mission, found the pearl and came back home. 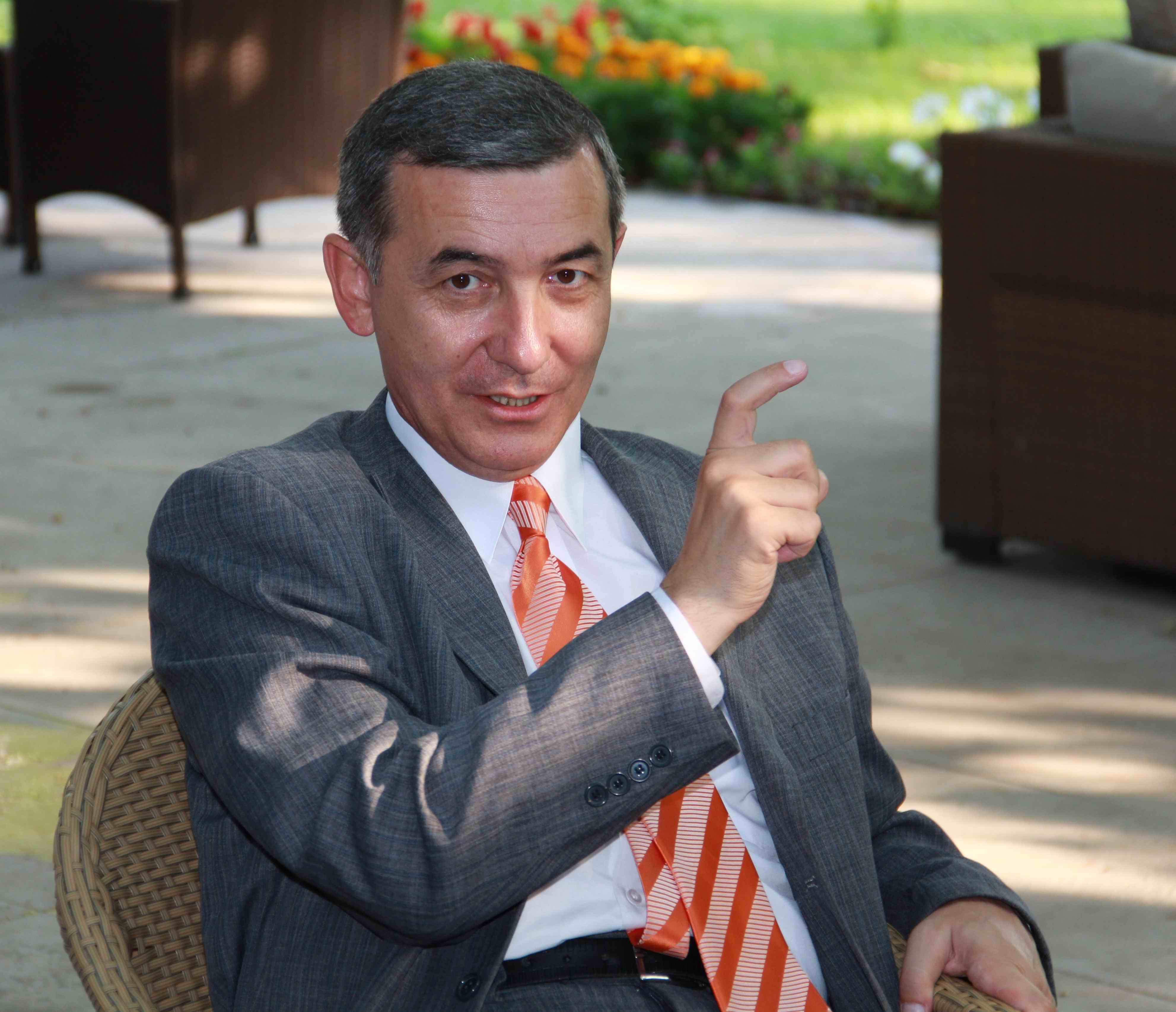 Everyone has to go through this, but not everyone is capable of waking up. Yuruslan shows it through an epigraph. He uses the metaphor of diving to get the truth which belongs to the Avatar of the modern age Sri Sathya Sai, “In order to get the pearl a man must swim into the open sea and dive deep.” Such are the laws of human existence.

We should notice that Yuruslan’s pearls are from the depths of the universe. We see the Universal Ocean in front of us. This is a testimony to his grand vision of the world’s foundations. Spatial coordinates in Bolatov’s poetry reach the infinity of Space. That’s why he uses the words like “far”, “horizon” and “limitlessness” so often. This demonstrates his constant pursuit of the “World Far Away.” 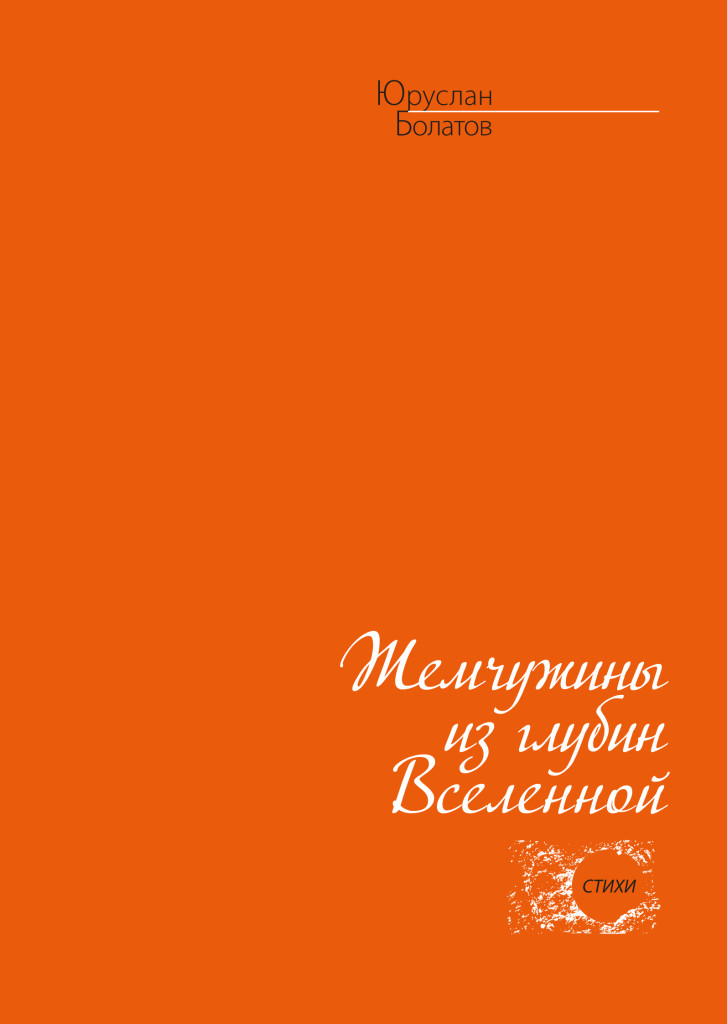 Pursuit is the main word which characterizes the dominant traits of poet Yuruslan Bolatov. First of all, this is a pursuit of spirituality which will transfer humanity to a higher level of development. The second epigraph describes exactly that. This is a call of the world Teacher Maitreya, “Let’s go with me, friends, to the New Age, to the New Land of Love.” It’s obvious that the poet shares this call’s ideals after reading Yuruslan’s own poems such as A Land of an Otherworldly Light, A Land in a Rose Colored Yonder, A Land Where the Dreams Reign. They hasten the coming of An Era of Light, A Noble New Age and of a perfect human being. Yuruslan Bolatov sees his poetry as a mean to achieve “planetary evolution” and “the enlightenment of the soul with the accordance of the mind” and he sees the purpose of his poems in “serving kindness and beauty as the only mean to make our world a better place.”

With his every line, image and thought the poet calls us into the earthly heaven, confirming the law which states that in the spiritual sphere similar kinds attract. That’s why his poetry lacks emotions such as torturous worries, desperation and unacceptance. On the contrary, it is full of joy. His poems are in line with Sathya Sai’s advice, “The poets should not infect people with their own anxieties, worries, fears, doubts and superstitions. True poetry is the one rich with high thoughts, in which the light of Atman shines, and whose purpose is to bring happiness and prosperity to people. A poet is the one who inspires and strengthens the spirit.”

Yuruslan has a peculiar type of relationship with existence, in which there’s an understanding of the ultimate relatedness of everything in the world and its initial harmony. That’s why he can see that, “there’s a law of joy in the universe”, a law of spirituality, according to which he lives and writes his poems. Joy has become the main emotional tone of Bolatov’s poetry. “How joyous is to be a poet and swim in between the tiny leaves of grass.” His emotional tone is accompanied by a colorful palette, consisting of only bright, sunny and shiny colors. “Rose colored wind, rose colored wind, played on the strings of rain at dawn”, “in the depths of blue consciousness”, “a violet fountain shines with the rainbow colors.” Rainbow itself is prominent in his poetry, “a flying rainbow of the heart”, “rainbow is a golden crown, a banner of tender pink victory.”

His poetry is mesmerizing, “I wander all around the universe and seek the essence of poetry in the far away groves.” The poet senses the presence of a “mysterious violist” in his soul, who brings him joy by “playing beautifully.” He keeps “the sacred honey of poetry” in his heart, which he calls “the golden bowl.” To him, “a poet is he who has transferred into the Kingdom of Light and creates kind worlds.” True poetry of Light gives “wings to the thoughts and feelings.” It is a force capable of hastening the coming of the New Age. Sathya Sai gives the poets the role of “trailblazers who mark the milestones of human progress along the frontiers of love and unity, the kind of love which binds people with all creation and the unity of all beings in God.”

Such a sense of the world makes the cosmic space flow into the ethical space where the appearance of the finite unites with the ideal of the infinite and whole. The leading images through which it is created are The Road to the Cosmos, Rainbow, The Ladder of the Worlds, The Dawn and the Flourishing, Shining, The Sun, The Ocean, The Threads of Destiny. The mythos of Fire is especially present. The poet weaves fire into many of his lines: The Soul of the Planet be Enflamed!, The Dancing Circles of the Flaming Mountains Call On the Age of the Spirit, The Fiery Messenger, The Waves of Love of the Universal Fire, The Universe of Fire, The Golden Fire of Love. Similar to the phrases “sacred brotherhood”, “The Valley of Light” and “The Banner of Peace” we can trace a deep connection with the ideas, artwork and activities of Nicholas and Helena Roerich, who played a big role in him becoming a poet. Yuruslan published works on the Roerichs and organized exhibitions of the Roerichs’ heritage in various Russian cities. Like the Roerichs, Yuruslan sees not only Poetry but Culture in general as one of the ways leading to the revival of human spirituality.

The word “Culture”, along with the word “Joy”, always capitalized by the author, is his favorite. “Scared Culture’s precious snow”, “The Grace of Culture”, “Culture is the adoration of the Light, secretly blooming poet’s garden and the songs of roses.” The statement ‘I’ve been captivated by the World’s Culture” is confirmed by mixing of different cultures, peoples, cities and countries in Yuruslan’s poetry. The poet’s trips to multiple corners of the world, his wide cultural learnings are some of the reasons for his clear unbiased mind, which allows him to appreciate the values of national heritage of any people and their unity. This too corresponds to the ideas of Sri Sathya Sai who declared, “The people who lack the width of vision of the world and the universality of views, narrow-mindedly see only the differences in cultures of different peoples, sometimes even imaginary differences. True wisdom is when you’re able to discover unity for yourself, which is at the foundation of every culture of the world and see it beyond the seeming diversity.”

Poet Yuruslan Bolatov follows the same path. In his poetic universe Suzdal and Kashmir, Galicia and Ephesus, Portuguese Fatima and Pyatigorsk, Barcelona and Tibet, Frankfurt and Prague, Izmir and Kabardia, Altai and Balkaria not only coexist but flow into each other. There’s no other way, because “the rivers of all nations will flow into the heights of the ocean” and all of “human kind together with all the planet, the lit sphere, are on the same flight.” The poet invites us to the time when the earthlings will see themselves as “cosmic peoples” unified with stars and galaxies.

Every century had people like this. They heard the Call of Culture and passed it on to others. Rejoicing over this with words, “What kind of people had visited this world!”, Yuruslan Bolatov includes in this list Mozart, Goethe, Saint Germain, Theodosius of the Caucasus (Feodosiy Kavkazskiy), Antoine de Saint-Exupéry, whose works Yuruslan had been popularizing for many years, doing research, creating the Exupéry Institute and inviting the descendants of the French author to cooperate on his projects. Of course, this list consists of his fellow Balkar poets Kyazim and Kaisyn, who symbolized the motherland to him. He addressed a special volume to his beloved native land which was named “Balkaria: The Hymns.” The beauty of the mountains is the foundation upon which the poet stands. Like fractal it’s built in the expanding expanses of the world. Moreover, geographically different countries which the poet had visited, like Turkey, Spain, Germany, Lithuania, USA, Czech Republic, India, Kazakhstan are mixed with semi-mythical Belovodye and Shambala – “The Dwelling Place of Everlasting Heights.”

This happens because during his trips Yuruslan is a pilgrim, not a tourist. He has the full right to say, “I’m an eternal wanderer around the holy sites.” For him, every trip is an opportunity to meet Spirituality. For instance, Barcelona gave him fellowship with the Mother of Mothers where he felt “The Breath of the Mother Most Pure.” There one of the best series of his poems was born, dedicated to the Rosary which gives “new ways to all souls.” Yuruslan takes his readers on the pilgrimage with him, thus making their journey easier. “Every person is an exile who yearns for the divine home. True poets can make this pilgrimage easy, fast and free of obstacles.”

The Roerichs’ banner has three circles. Yuruslan also has three circles of his own. They are Poetry, Culture and Spirituality. There’s a genre of philosophical, meditative poetry. Bolatov’s poetry can be called a form of prayer. All of his poems are essentially about the same thing, “I pray for the planet’s enlightenment.” It’s not a coincidence that two of his volumes of poetry are called “A New Book of Prayer” and “Prayers of the Lilac Mountains.” The last two sections, “Maitreya” and “Avatar Sai Baba” bring us back to the epigraphs, thus making a full circle in the book. They lead us to the ideal space of Ashram, which unifies geographical and mythological entities into a really existing earthly Wonder of Spirituality and Divinity, to which the lines of Yuruslan’s prayer which “nurtures the divine strivings of a human being” are addressed.

When we will know Truth-Love,

Those two principles, those identical twins,

Joy will shine in everyone, boundlessly,

Heaven will sing in everyone, boundlessly. 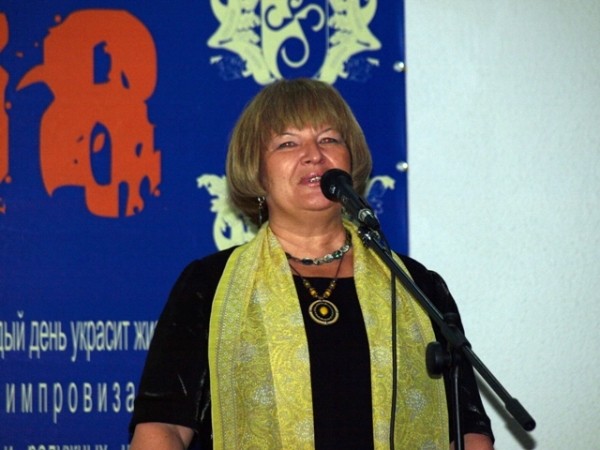 Nina Shogentsukova holds a PhD in philology, she’s a professor, a member of the Association of American Schools in Russia and of the Society of Researches of the American Culture. Nina has written many scholarly works, among those are monographs Experiences in Ontological Poetics and The Labyrinths of Text, works like Antiutopian Essence in the Latter Part of Mark Twain’s Writings, American Utopian Novels of the 19th Century, The Works of Thomas Wolfe which were published in the fundamental editions of the Maxim Gorky Institute of World Literature of the Russian Academy of Sciences.

Similar articles
#REVIEW
The tale about a little Kazakh boy Ayan
1653
#REVIEW
Sabit Dossanov: “The book helps us to live as a human being”
2298
#REVIEW
Eurasia's Altai Heritage by Seidakhmet Kuttykadam
1592