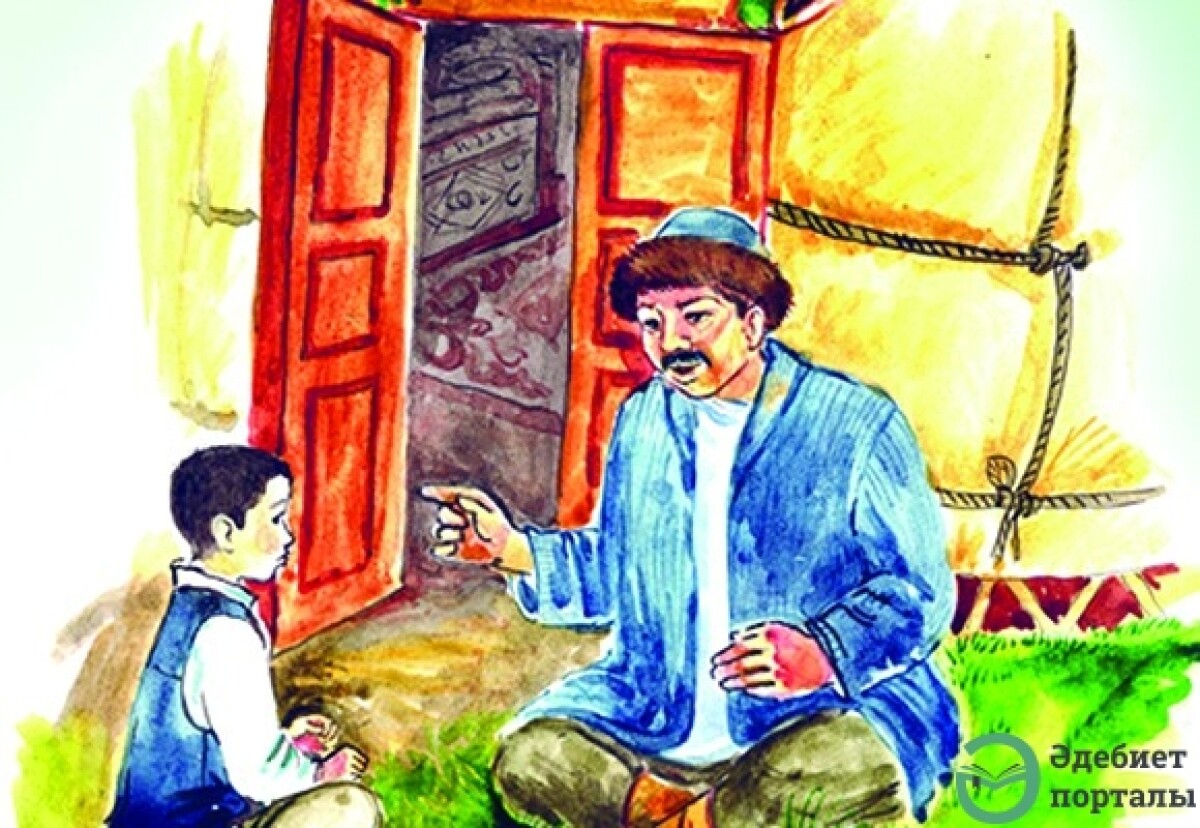 Once upon a time, there was a smart and wise man named Gylman in Baghdad. In Baghdad, he became famous for his various medical skills. Upon hearing this, a king of Baghdad invited Gilman. The king consulted with him every day. He was amazed by the skills of the artist. One day the king summoned his chief and said:

– Gylman is very smart and talented person. What might be happened, if we make him as the viziers? – he asked. When the vizier heard this from the king, he thought, “If Gylman is the vizier, he will remove us from our place”:

– Oh, the king! I'm afraid of this Gilman, because he can do the things that other people can't do. So, I am afraid that he will kill you and us someday, and will become a king. Suddenly, the king was feeling very sad and upset:

– Such a clever man would be so harmful to the kings! What are we going to do with this Gilman in order to kill him quickly? – he asked. The vizier was feeling very glad:

– Oh, my king! First of all, let's ask him for the three types of science, find out that science, and then we will kill him.

– Then, “Whatever you do to Gylman, you know, I have given it to you”, said the king. From that day on, Gylman was not brought before the king. Then, Gylman asked from the vizier:

– “The king has no time”, – he says. Gylman thinks and knows the things that the king did not create. Then, the vizier:

– Hey, Gylman! The king has a few questions for you, answer for these questions.

– “I am always ready for your services”, - says Gylman. Then, the vizier answered:

– The first question: what science should be studied in order to be able to capture and kill the enemy? The second question is whether the king will be able to enrich his subjects. Please tell us how to do these two things. Then, Gylman has answered:

“Give me two years to write these sciences” – he asked.

– Let it be two years, we will not give it for two months, you should finish writing in two weeks, – says the vizier. Gylman knows that he will kill himself after two Fridays:

– “I have had a book where I have written about those things for years, and I have been looking at it for a week and even trying to correct it”, he said. Then, the vizier was happy and left. A week later, Gylman came to the vizier and said:

– “I have corrected the book, but I want to hand it over to the king”, he said. After the vizier took Gilman to the king, Gilman gave the book to the king. The king said to the vizier:

– “Respect Gylman, pour me a cup of wine now”, – he said. The vizier pours a cup of wine. Gylman had the senses that there is poison in the wine, and without noticing the vizier and khan, he puts something like a small grain of salt in his pocket into a cup and drinks the wine after a while; After a while, he felt like a drunkard and dipped his poisoned finger in the bottom of the cup, and said to the vizier:

– Oh, my dear bearer of light! “I have given you a book, a very useful book, especially these pages that you need, and I have already written what you will do”, - he said, rubbing the poison on his fingers on the pages of the book and asking the king's permission and leaving. When the vizier and King Gylman came out, he took the book and looked at the writing. He said, “Whoever licks the paper of this book ten times, his power will not be diminished”. The king and his courtiers rejoiced, licked the paper to the point of writing, and died of their own poisoning. In the same book: “If the king wants his people to be calm, let him teach everyone to be kind and polite!” “If the king wants his people to be rich, let him educate everyone to work!” “If the king wants to stop a turpitude, let him stop the turpitude first!” – he said.