A multivolume novel ‘The Path of Abai’ of a renowned Qazaq writer Mukhtar Auezov is a great piece of art of world literature of the last century. 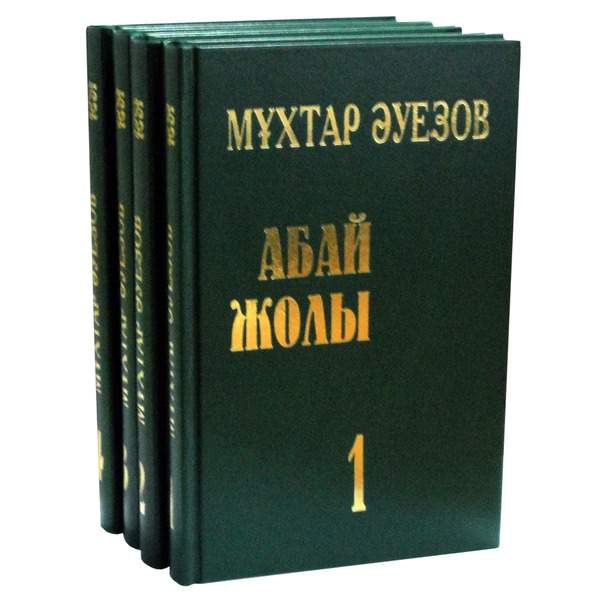 The main hero of the novel is a well-known person in Qazaqstan, an architect of Qazaq written drama and its first classic Abai Kunanbayev.

The epic novel ‘The Path of Abai’ unites two novels: ‘Abai’ and ‘The Path of Abai’, each of which also consists of two books. The first book of the multivolume novel was published in 1942. The last book from the series of books about Abai was released in 1956. 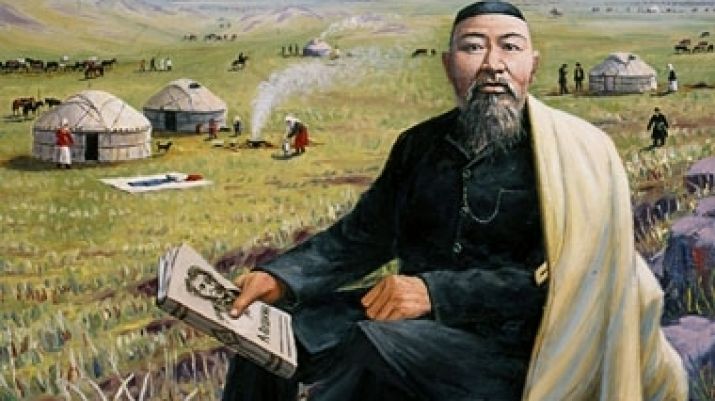 The novel demonstrates a rough life of Qazaq people in the 19th century, when the nomadic way of life of the Qazaqs crashed down.

The novel contains all the largeness and beauty of inner world of the Qazaq people.

The novel besides Abai’s life shows traditions of the Qazaq people, such as matchmaking or observing by Qazaqs the funeral rites. Mukhtar Auezov’s work gives insight about Qazaqs’ everyday life and how they celebrate their holidays.

He shows the complicated stratification of society among the Qazaqs. It was a period when class differences deepened stronger than ever, and the gap between rich people (‘bais’ in Qazaq language) and poor people (who were mostly shepherds) grew.

The four books of the novel ‘The Path of Abai’ show sequentially the maturation and growth of the poet.

Abai during his life used to speak on behalf of the people, although his farther was very rich and powerful man. He had a very close friend Yerbol who always helped him. Thanks to him, Abai had a chance to meet with his first love, engaged at that time. Her name was Togzhan. She taught him what is true love and during all his life he kept the tender memories about her.

Abai’s second big love was Aigerim. She reminded him of Togzhan. Abai came to a decision to wed her by all means, but the girl was owned by another man. Abai managed to make impossible Aigerim’s marriage to that man by paying her farther appropriate money and satisfying all the material claims of her fiancé.

There slowly and painfully appeared a standoff between Abai and his father. When Abay grew up, his relationship with his father worsen even further. The first case of resistance to the opinion of the father was an execution of the poor and innocent Kodar. In the struggle that took place after that incident, Abai refused to take the side of the cunning Kunanbai. And the older Abai became, the more contradictions he had with his father and his supporters.

Abai like a dragon protected the destitute families, especially when the Great Famine came to Qazaqstan. Without fear of his father, he distributed hay and cattle to the poor in order to reduce their plight. At the age of 29 Abai finally drifted apart from his father.

Due to the fact that Abay defended the personal freedom of a woman and supported the poor, he was persecuted by the rulers of the clans and the bais. They considered him as a dangerous rebel, a mischief-maker of the public peace and a law and local traditions offender. The Russian ruling power also did not like him because they saw in him a potential danger. It is important to mention that a great influence was made on Abai by Russian culture, especially revolutionary spirit of its representatives.

Abai in the third book, being a mature poet acts as an organizer and mentor of young people: young poets, young leaders of the renewing steppe. Exacerbation of the class struggle in society finally separated the friends and enemies of Abai.

The poet's father, his brothers, his first wife, many friends of his youth were in the camp of enemies. But everything what was new, healthy and growing were with him, namely young people, the Russian exiled revolutionaries, steppe protestants and rebels, people of art who act in the novel as the bearers of all that was beautiful, the banner of goodness, justice and freedom.

In the fourth book we see Abai as a moralist and an oaken citizen. An old man, who had seen a lot of frustrations and losses in his life, had retained his educational ideals and his deep-rooted loyalty to the people's good.

The life journey of Abai, who had lost in the year of the Great famine in Qazaqstan a lot of his friends and like-minded fellows, and his son was cut short. Abai had great expectations for his son Magash that he did not live up to. He thought that Magash would continue to carry out his legacy.

Overwhelmed with grief and serious illness Abai died. His last sad thoughts were about the destiny of a deserted tree, damaged by a storm and dying without knowing if its seeds sown around the world would give rich harvest.

Mukhtar Auezov managed to show a full-scale picture of the rough life of the Qazaq society of the 19th century so deeply that while reading the novel you can feel a wide spectrum of emotions: hopelessness and joy, delight and hate, love and despair.

Undoubtedly, the novel ‘The Path of Abai’ by Mukhtar Auezov is the noblest monuments of art, devoted to Abai.