The historical dilogy novel 'The Sakas’, which consists of two parts: 'Tomyris’ and ‘Shirak's heroic deed’, has a special place in the creative work of the Qazaqstan historian and writer Bulat Zhandarbekov.

The book 'The Sakas' was first published in 1991. The book was very well received by the readers. It is popular among readers by today.

The first part of ‘The Sakas’ dilogy called ‘Tomyris’ tells about the events of the 6th century BC, when one of the first conquerors of the world the king of Persia, Cyrus the Great appeared. He tried to conquer the world, but the freedom-loving tribes, led by Queen Tomyris, pushed the invaders back.

The second part of ‘The Sakas’ dilogy entitled ‘Shirak's heroic deed’ tells how after the defeat of the king of Persia, Cyrus the Great thanks to plots and schemes Darius the Great has taken the throne. Trying to conquer the Sakas’s territory with seven hundred thousand army, he has suffered a defeat thanks to an ordinary shepherd named Shirak.

At the beginning of the novel, a nomad invasion of the prosperous antiquity states - Media, Assyria, Babylon; the shameful return to the Motherland and the struggle of Tomyris’ farther for power over the freedom-loving tribes of the Massagetae (the ancestors of the current Qazaq people) are briefly described.

The first part of the novel ‘Tomyris’ highlights the reign of a queen of the Massagetae (Maksata) Tomyris, her difficult personal life and the numerous wars that she led. She has to confront not only external enemies, but also internal ones - not all leaders of the tribes like that a woman stands at the head of a tribal alliance. 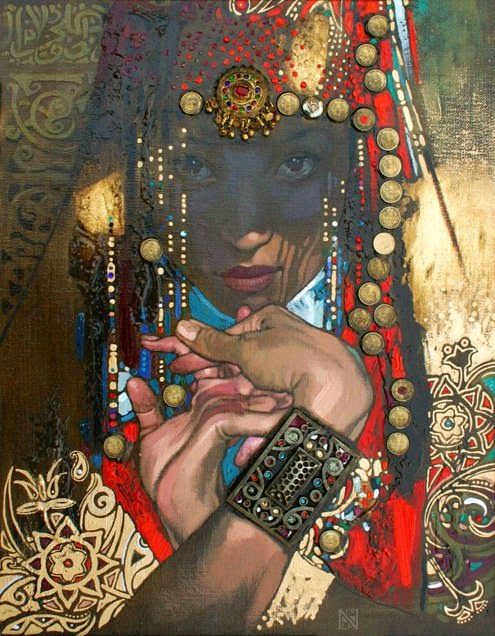 In the second part of the novel ‘Tomyris’, such a legendary person as Cyrus the Great, who was the founder of the Achaemenid Empire, the first Persian Empire comes to the fore. His difficult path to the throne and the history of the founding of the Persian Empire are described so vividly that it is difficult to stop reading. Overwhelmed with a very strong desire to take over the world, the king approaches the borders of the Massaget steppes ...

Tomyris was a descendant of the Scythian leader Ishpakay. Great-granddaughter of king Madyi, daughter of the legendary king Spargapises.

Around c.530 - c.529. B.C.E. the Median King Cyrus, having conquered many countries and received the title ‘A Ruler of Asia’, went on a campaign on the Great Steppe. He launched an offensive nearby Syrdarya river, located between ancient Qazaq cities Turkestan and Otrar. Sakas were ruled at that time by the Massagetean queen Tomyris.

Tomyris' husband was the Prince of Tigrahaud Rustam, who also died in battle with Cyrus the Great. Cyrus sent the ambassador to the queen with the proposal to marry him and unite the two peoples into one state without any fight.

But the 'Queen of the Scythians' or 'Queen of the Massagetae' proudly refused. The first battle ended with the victory of the Sakas, led by the son of Tomyris - Spargapises. According to Saka customs, the victory was always feasted, taking advantage of that, the Persians left intentionally strong wine for Saka troops. At night when all Saka soldiers got drunk, Cyrus captured one-third of the troops of the Sakas and the son of the queen, Spargapises. He committed suicide in captivity. The legendary hero Rustam, the son of the king of tigrahauds Kavad, the husband of the queen Tomiris, also died heroically in this battle.

Even the female half of Sakas’ army, created by the Massagetean queen Tomyris took part in the decisive battle. This battle is called by Herodotus ‘the most brutal and great’. The bloody battle ended with a victory for the Sakas, where the Persians did not expect to see courageous women on the battlefield.

According to Herodotus, all the Persians died on the battlefield, among them was Cyrus the Great. This was a big blow to Persia, the military prestige of the state was undermined. There was no longer ‘the Great Ruler of Asia’.

A novel by Bulat Zhandarbekov is an ode praising distant ancestors, glorifying fearless male and female warriors. The author tries in the book to reveal not only the character of Tomyris, but also other great people of that time. For example, the image of Tomyris’ husband, Rustam.

At the first meeting, she fell in love with him and they got married, so that the two largest clans of Central Asia: the Massagetaes and Tigrahauds became related. But very soon disappointment replaced big love. In life, outside the battlefield, Rustam became an ordinary person, who led an idle and dissolute life. Rustam refused to reign over the Tigrahauds after the death of his father Kavad, giving way to the younger brother. The woman finally lost interest in her husband. So, he was deprived of the love of his wife.

She began a relationship with her bodyguard Bakhtiyar, who later betrayed the Queen Tomyris in battle and condemned thousands of Massagetaes, Tigrahauds and Haomavargs to the martyrdom.

Tomyris give birth to a son. She named him after her father Spargapises and brought him up herself, preparing him to become a wise ruler. After the death of the King Spargapises and Rustam, the Saka tribes elected Tomyris as their Queen.

The Queen Tomyris was a wise, brave and powerful woman. She still remains a symbol of freedom and independence. After her death, three men were needed to control the Sakas’ army and their lands, no one could do it himself. 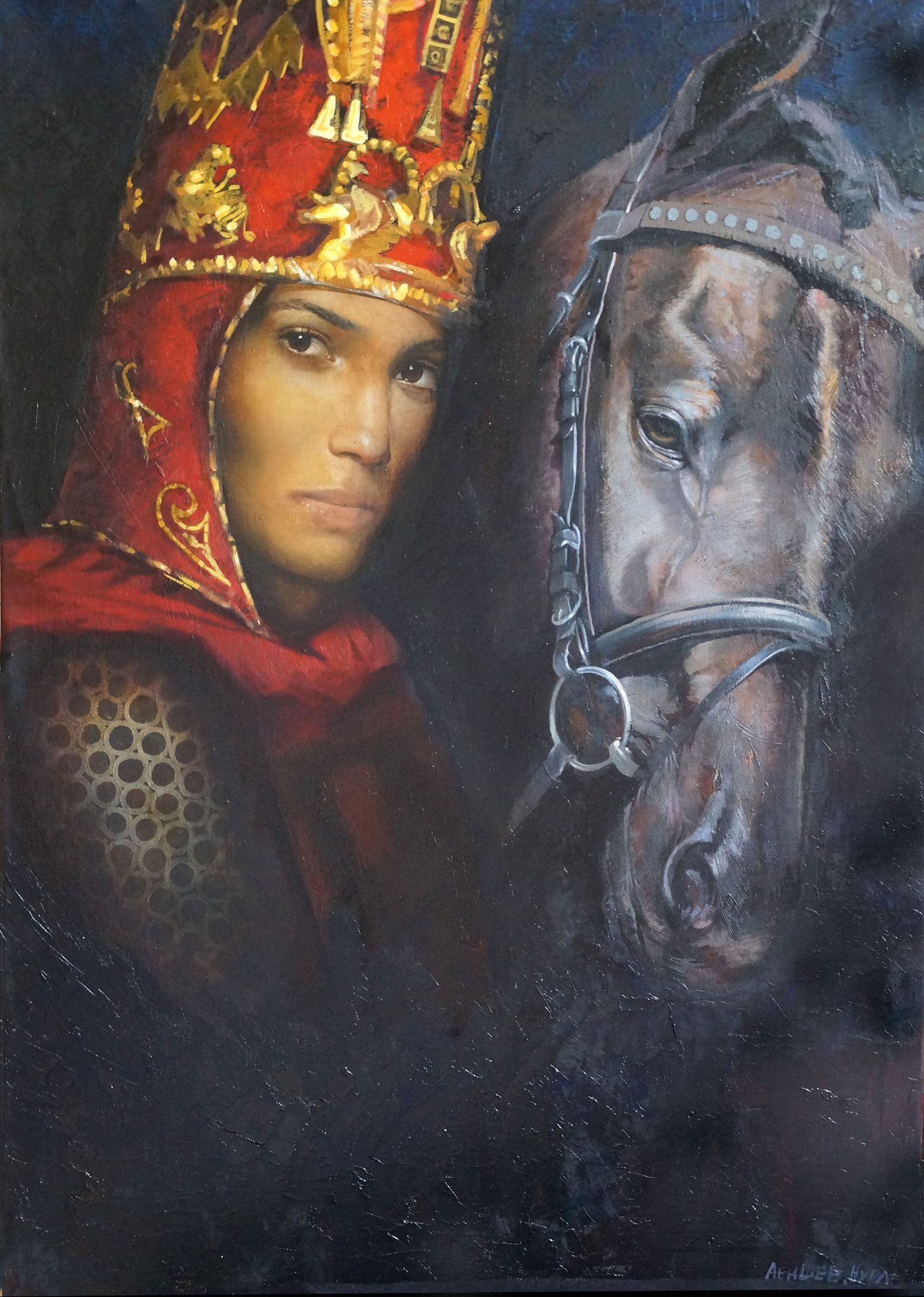 In the image of Tomyris, the author shows how a woman's heart can be mistaken, how women again and again, from century to century, make the same mistakes, choose the unworthy for their love and how life makes them strong personalities. The portrait of Spargapises, the father of Tomyris, turned out to be very colorful and alive. His cunning and the way of thinking are amazing. His behavior shows how cunning can lift you up in society.

The author also described in detail the image of the king of Persia, Cyrus the Great. He told us Cyrus the Great’s life story, which is probably known for many of us. Drawing before us portraits of long-dead people, the author also shows us a picture of the life of a long-dead epoch. It tells a lot about wars, military tactics and ancient cities. ’The Hanging Gardens’ are described in such detail and so colorfully that, with closed eyes, you can hear the sound of falling water and feel the coolness from the shadows of the trees.

Bulat Zhandarbekov (02/09/1932 - 03/23/1991) is a historian, writer, author of many stories published at various times on the pages of literary newspapers and magazines. His writings are well known to Qazaq readers.

Bulat Zhandarbekov’s parents were well-educated and creative people. His father, Kurmanbek Zhandarbekov was a director and one of the founders of the Opera house in Qazaqstan. His mother, Shara Zhienkulova was an outstanding Qazaqstani actress, a ballet dancer. On her initiative a class of Qazaq traditional dance was opened on the basis of the Qazaq State Choreographic School.

Bulat Zhandarbekov was an exceptionally talented person. He perfectly played the piano, sang, was an accomplished television and film director. He was a historian by his diploma.