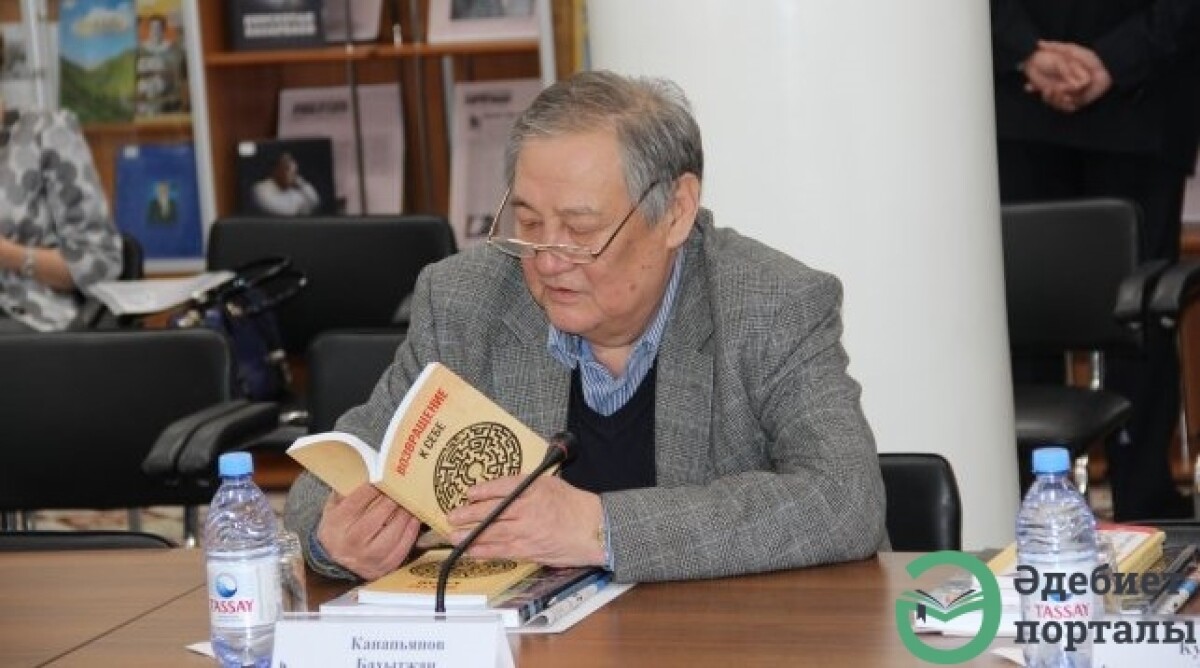 Writings about homesickness can remind us what we really love about home.

Small pieces of art with complete certainty represent themselves a study that shed light on a state of solitude and yearning of the settlers, their self-awareness and their own view of the causes and consequences that induced them to be in their ‘locations’.

The novel ‘Bakhchysarai’ describes a tragic story of the life of the Crimean old settler Kemal, who with his old wife Ani had to live twenty years in a foreign country, firstly, in Tashkent (Uzbekistan), and then ‘here in the north of Qazaqstan’.

Like many of his compatriots who were widely spread over the territory of the Soviet Union, some of them found themselves in the Mari ASSR, some of them were deported to the Urals or to the Kostroma region, Uzbekistan or Tajikistan, he was expelled in the May days of 1944. Unlike other deported peoples who were returned to their homeland in the late 1950s, the Crimean Tatars were deprived of this right formally until 1974, and in fact until 1989.

After paying part down and part on time for a small house Kemal and Ani lived quietly. They had not really hung out with their neighbors. Within two or three years their housing had been transformed, ‘gradually turning into a garden house’, where every empty piece of land was strewn with flowers and even seedlings, that were a wonder for those places, were growing up well enough. The trees seem to have survived along with the old people in spite of all adversities.

‘The garden house’ stood out against a background of a gray town, creating its own unique atmosphere. In the Encyclopedia of Symbols, as is known, the ‘garden’ is treated as a symbol of creative freedom of the spirit and a symbol of the cultivated consciousness. Therefore, the old man, constantly ‘cultivated his garden’: he ‘planted trees and various species of plants, burning the weeds, pruning branches of trees, and digging the ground’. 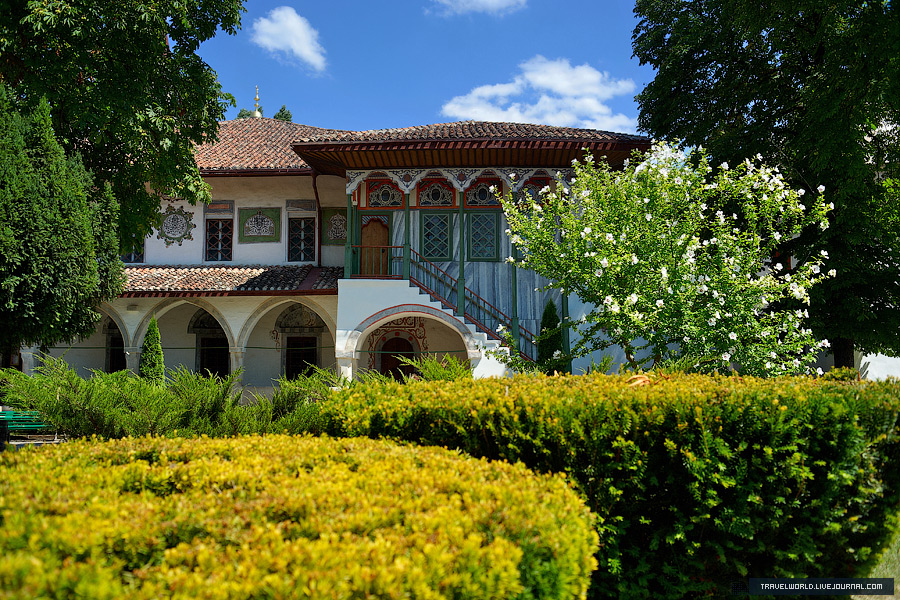 Only the haunting tune ‘Bakhchysarai, Bakhchysarai’ helped him to drive away black thoughts and saved from attacks of nostalgia. Being a visually verbal sign of the image of the Crimea, this tune connected through ‘the years and cities’ the hero who had got older in a foreign country with his homeland.

The novel is autobiographical. The author remembers how the light-faced old Ani entertained kids on the street with all kinds of delicacies from Tashkent, and ‘the old man engaged the kids to his gardening experiments’. Or, how the narrator’s father and Kemal talked for a long time and from the lips of the old man mixed with the Qazaq-Tatar speech sounded familiar toponyms ‘Cairo’, ‘Alushta’, ‘White Mosque’. A peaceful course of life of the ‘prisoner’ of a foreign country ‘here in the north of Qazaqstan’ destroyed once the boy's desire to share his impression of the legend of the emergence of Bakhchysarai, read by his father from ‘The Legends of the Crimea’. On the statement of the boy, the prototype of the author, that he knew the legend, in the blink of an eye Kemal's eyes faded, taking a blank incurious stare in the dim light of the coming evening, and ‘eternal grief and horror about the past’ froze up in them. ‘Well, tell me, what do you know about Bakhchysarai?"- asked the old man.

Kemal listened to an incoherent story of how once the son of Khan Mengli-Girey went hunting and witnessed the deaths of two snakes. One serpent, all bitten and exhausted, stopped resisting and lifelessly lowered her head.

And from the forest along the thick grass the third serpent hurried to the place of the battle. It pounced on the winner serpent and a new bloody massacre began. The son of the khan at that moment was thinking about his father, his tribe and his people. They were at that moment like that half-dead snake.

As bitten by the serpent they had fled to the fortress and trembled with fear there. Somewhere the battle was going on, but who would win in it: the Golden Horde or the Turks? But he and his farther Mengli-Girey could not rise any more, like that snake ... Some time passed, the boy continued the story. The young Khan noticed that the snake had moved and slowly crept to the water. A snake putting all its efforts approached the river and plunged into it.

When it crawled out the river-bank, there was not marks of injuries left on her. The son of Khan Mengli-Girey rejoiced, that was a lucky sign! They are destined to rise! They were still alive like that snake ... And the long-awaited news came: The Ottoman Port defeated the Horde Khan Ahmed, who once killed all the warriors of Girey, and Girey himself was cornered into a fortress on a steep rock.

On the spot where two snakes fought in a mortal combat, the Khan ordered to build a palace. And, Bakhchysarai sprang up ... Two serpents that fought in the battle by the order of Khan were engraved on the palace’s coat of arms. It would have been three: two that were in the struggle, and the third one, which was half-dead. But the third snake was not engraved: Mengli-Girey was very wise man ...

Without suppressing his feelings in the half-madness from the heard, the old man sobbed bitterly: ‘It is me, I am the third snake, which is half dead. I am suffocating from poplar fluff. I did not die when I was transported by Red Army to Tashkent, and there were fluff that killed me, and there is not for me either the native river or the stones of Bakhchysarai. A-ah-ah?’.

For a long time after this story, Kemal was not seen. And only a neighbor Aisha told that he was put with some kind of nervous breakdown in the hospital. Soon the garden he had cultivated withered. The space of his foreign land narrowed to the size of his house, where he skillfully sewed men's jackets and suit coats days and nights.

When the author came to the fitting of the jacket ordered by his mother, he only ‘silently glanced through the thick lenses of his glasses and did not say his usual saying: ‘Bakhchysarai, Bakhchysarai!’. These words sounded not only as an eternal memory of the motherland and biographical models of childhood and adolescence, but also as a gap between two worlds: the homeland, personified by memories of Bakhchysarai, and the foreign country where he was forced to live.

In spite of Kemal’s external well-being in a foreign country during twenty years he felt a sense of doom, but these words helped him to maintain a sense of dignity and gave meaning to his life. For twenty years the old man lived in two worlds, which were in different spaces of his personal earthly existence.

The first world is a real life, life with an old woman in a foreign country with timeless longing in the heart for his motherland. The second one is a rich world of legends about Bakhchysarai and Simferopol.

The memory of the motherland resisted the pressure of time. Life, it seemed, was already entering the newly found track after the story with the legend, voiced by the boy.

Kemal had felt fatigue, humility, exhaustion of forces, when suddenly another humming knock of Soviet power shocked him: the Soviet ruling power on the legislative basis prohibited any kinds of private labor.

The conflict, imposed by the contemporary historical period, consisted in the withdrawal from him of the ‘Zinger’ sewing machine and the knitting loom. A feeling of homesickness seemed to have grown into a tragedy of a break with a new homeland and the only earthly good - to work with his own tools.

He cracked his pillow with his teeth, and the bird flu shot up over the crowd and began to circle slowly over the policemen, over old Ani, over old Kemal, ‘who was shaking in convulsions.’ As if summing up by this act results of his life and the impossibility of existence between the two worlds.

The old man died, not at home, but in a psychiatric hospital. Some people in dark doctor’s overall tied the old man and took him there. And only in the process of burial of the dead old man could not meddle the Soviet power, since death calls everyone.

Similar articles
#ESSAY
Some excerpts from the life of the famous doctor Akkagaz Doszhanova
2469
#ESSAY
Some passages about how Bibigul Tulegenova came into the field of art with a nightingale in her throat
2829
#ESSAY
“Zhanibek sings, Akseleu admires”
1088