The story of Bakhytzhan Kanapyanov ‘Tamga of Issyk-Kul’ (another title of the work is ‘Held captive by the time’ tells about one hundred and twenty-five Japanese prisoners of war of the Kwantung Army, who were captured in August 1945. 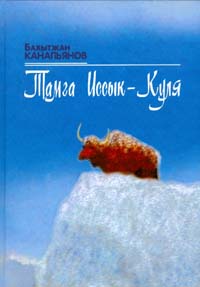 From Manchuria they were sent to Siberia, to the republics of Central Asia. Barnaul was the last transit point, where many were left on construction sites and mines in the Altai Krai. Others, from six hundred thousand, ‘were transported along the stage by train from east to west and to the south’, from Barnaul via Turksib (short form of the Turkestan – Siberian railway) through the Great Qazaq steppe. After the ‘cold Siberia’, the words ‘to the Tashkent rolling stock’ sounded like the safe words, or, more precisely, the word ‘Tashkent’.

Miyano Yasushi every day, starting from the Far East in the morning, not to lose count, tied a knot on a coarse thread that he hid in the pocket of his military coat.

Upon arriving at the Junction marshalling yard Chu he counted over thirty such inconspicuous nodules in his turned-out pocket. Miyano Yasushi and his compatriots settle in the ‘aul’ (means ‘a village’ in Qazaq language) named Tamga in the south of Kyrgyzstan, where they will build a sanatorium for Soviet servicemen. They were transported from East to West and to South. The prisoners saw a floating Siberian landscape in the iron grille train windows and, undoubtedly, each of them returned in short dreams to a distant motherland.

Miyano Yasushi saw more than once how his compatriots died en route and not only from the cold, but also from homesickness and despair, breaking the spirit and stamina of people. In the first days of captivity they were given unusual for them aluminum spoons. Miyano Yasushi remembers how one sick Japanese man exclaimed deliriously before his demise: ‘How long have I not eaten rice with chopsticks in my native village near Fuji!’

What happened around reminded him of the ‘Tale of Naroyama’, where it was told how the decrepit and feeble old people were being carried away to die on the top of the mountain.

Seeing a mountain lake Issyk-Kul Miyano prayed to all Shinto saints, sang about his country, about the views of Mount Fuji. He sang, because he realized that in his life there would never be Siberia with its fierce cold and hungry existence, that he would never take a rifle in his life to kill. 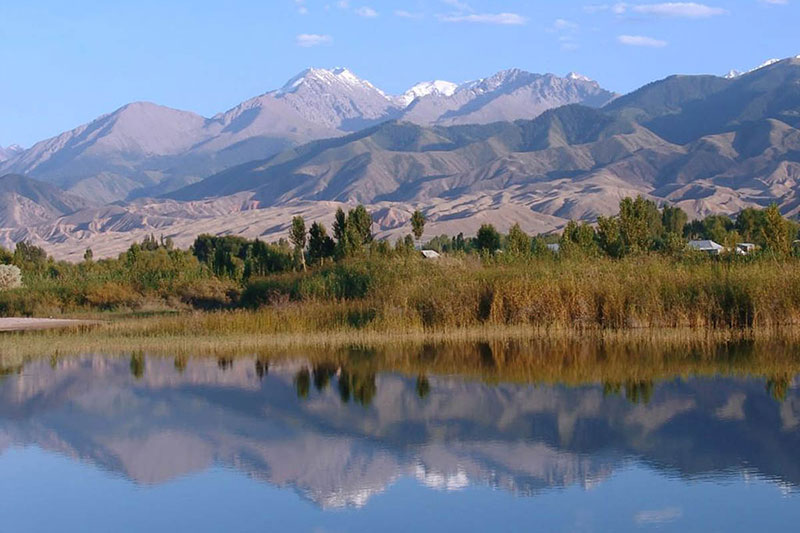 After all, life will continue here, although among strangers. In the story ‘Tamga of Issyk-Kul’ Miyano Yasushi and his compatriots, despite their status as prisoners of war, find a positive and a compromise in everything, unlike old Kemal. 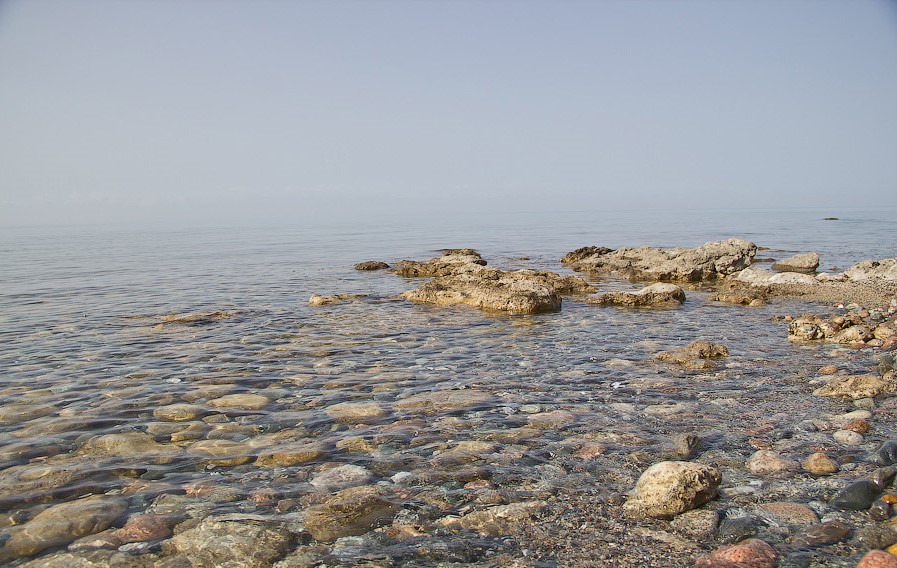 They are asking to plant an avenue of pyramidal poplars along the path leading to the lake, which is brought from the tree-nursery in Jety-Oguz. Wise Saburo proposes to celebrate the Day of Blossom with the May Day, as he fell in love with this land and its people. 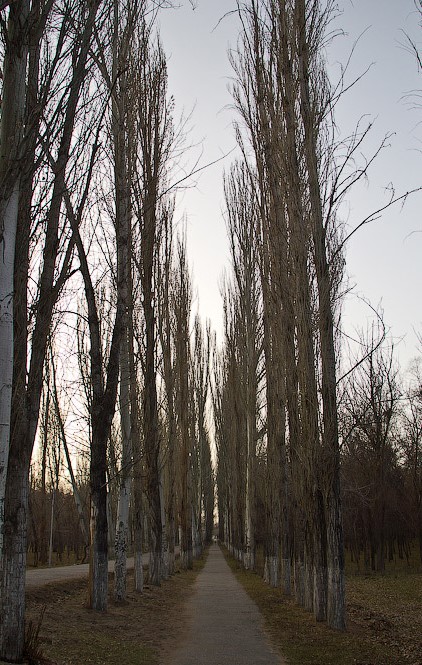 Late in the evening, Saburo gathered crew chiefs and activists at the fire on the bank of a mountain stream. They decided that if on the First of May is not only a holiday related to the May Day, but also the oriental cherry’s blossom, then it is necessary to show scenes from the folk traditions of the Land of the Rising Sun and that these legends should carry in themselves the image of the oriental cherry’s blossom. Stopping on the ‘Legend of the Taira’s House’, the Japanese began to distribute roles.

The image of the old sage who worshiped Kami and professed Shinto, according to seniority and his position in society took Saburo. The main female role was decided to offer Cholpon. Toshiro reflected: ‘Since we are in this region, we are not here of our own will, since we are building a Temple of Health and made friends with the people of this region, then one of them should take part in the cherry blossom festival’. The people of this region helped the prisoners of war not to forget the subtleties of the tea ceremony, about which they often dreamt.

‘They are not in our tea room’, - thought the wise Saburo, ‘they are sitting at the doorstep’. Tea in fact in Japan was endowed with supernatural abilities and was considered a divine drink, in ancient times they gave birth to a special tea ceremony – ‘Sado’, or ‘Way of Tea’.

A Kyrgyz woman invited to a tea temple called a yurt Miyano and Saburo, mentally occupied with an important ceremony: ‘Saburo was in a state of bliss and completely self-absorbed in his tea house, sipping Kirghiz green tea without haste, examining the decoration of the yurt with interest ....’

Tea resurrected the wise Saburo recollections related to Ikebana. He told to Miyano Yasushi about the history of its appearance and acquisition of the status of a special kind of art thanks to the Japanese.

Under the pleasant monologue of the compatriot for the ear and soul, he collected dry twigs and bouquets of late spring flowers, from which they decided to compose their own composition, similar to the meaning of ‘sarah’, translated into English as ‘to part with’ or ‘to separate’.

They remembered the hieroglyphs, which like ikebana can be read at the deepest, philosophical and religious levels. The joyful news that prisoners of war may return to their motherland appeared on September 3, 1947.

But many of them came back home only in the spring of the following year after numerous checks. Upon his return to his homeland, Miyano Yasushi was allowed to work as a junior-school teacher. He taught his pupils geography not from the textbooks, but he shared with them with real stories of his life.

The image of the ‘lost homeland’ was sacredly preserved in the memory and heart of the heroes. Old man Kemal associated his motherland with a flowering garden, Japanese did it with Ikebana, tea ceremony. It helped them to escape from attacks of nostalgia.

Each of them, faithfully preserving and fulfilling the rituals and customs of their peoples, did not break their spiritual ties. Kemal did not leave a sense of doom for twenty years, that is why the motive of the ‘lost homeland’ sounds more tragically in the story ‘Bakhchysarai’.

Perhaps, it happened because Kemal was in a foreign country being older than the Japanese and the break with his homeland was not the result of military operations.

The only hero in the works of Bakhytzhan Kanapyanov devoted to ‘people who lost thier homeland' who left it on his or her own will is Cholpon. She on her own will fled with her beloved Toshiro to Japan.

Thus, we see that homesickness issue stands very closely with the problem of ‘personality and history’ and therefore the works of Bakhytzhan Kanapyanov are considered to be an artistic annal of human cognition through historical events.

The story of the plotline is surprising, especially since it is based on real life events. The writer Bakhytzhan Kanapyanov and the former Japanese prisoner of war Miyano Yasushi met by chance. Once a famous writer witnessed a touching picture: a Japanese old man with tears in his eyes hugged a tall poplar, which, as it turned out, he planted many years ago in the village of Tamga on the margin of the Issyk-Kul lake in neighboring Kyrgyzstan. This story so deeply touched the writer that after a while Bakhytzhan Kanapyanov wrote this piece of art.

For the first time Miyano Yasushi visited a place of detention decades later thanks to the Tokyo teacher of Japanese language and literature Mitsui Katsuo, who, while working in Bishkek, collected materials about the life and fate of his compatriots who had performed community service here. A foreign scientist arrived here in 1994 with an aim to introduce a new methodology for studying the Japanese language. Miyano Yasushi responded for Mitsui Katsuo’s call sent to the former Japanese prisoners to show him the place where they spent the rough period of their life.

Upon his arrival after the exile Miyano Yasushi was allowed to work in his native town of Nigata as a junior teacher. He wore a strict suit every day and went to school. He had something to tell his students, because he knew geography not by textbooks, but by life. Then he started farming and became one of the leaders of the dairy farming association of Northern Japan.

Thanks to the book by Bakhytzhan Kanapyanov, our hero visited the places of his youth for the second time. The author of the story ‘Tamga of Issyk-Kul’, realizing how ruthlessly time is, decided to invite Miyano Yasushi to Almaty, where more than six thousand soldiers of the Japanese army were imprisoned at one time, more than 200 of them found their last shelter here.

86-old Miyano Yasushi saw with his own eyes the objects built by his compatriots in Almaty: apartment houses and administrative buildings by today in perfect condition. Bakhytzhan Kanapyanov and Miyano Yasushi laid flowers at the cemetery of Japanese prisoners of war.

And, there was one more unique event happened by chance in Almaty: here Miyano Yasushi met with his former groupmate. Japanese Miyano Yasushi and Almaty Georgiy Smirnov studied at the Japanese University of Kankoku Daigaku in Changchun City in the early 1940s.