Home LITERARY PROCESS ESSAY Image of the mother in ‘A Legend about a Mankurt’...

Image of the mother in ‘A Legend about a Mankurt’ 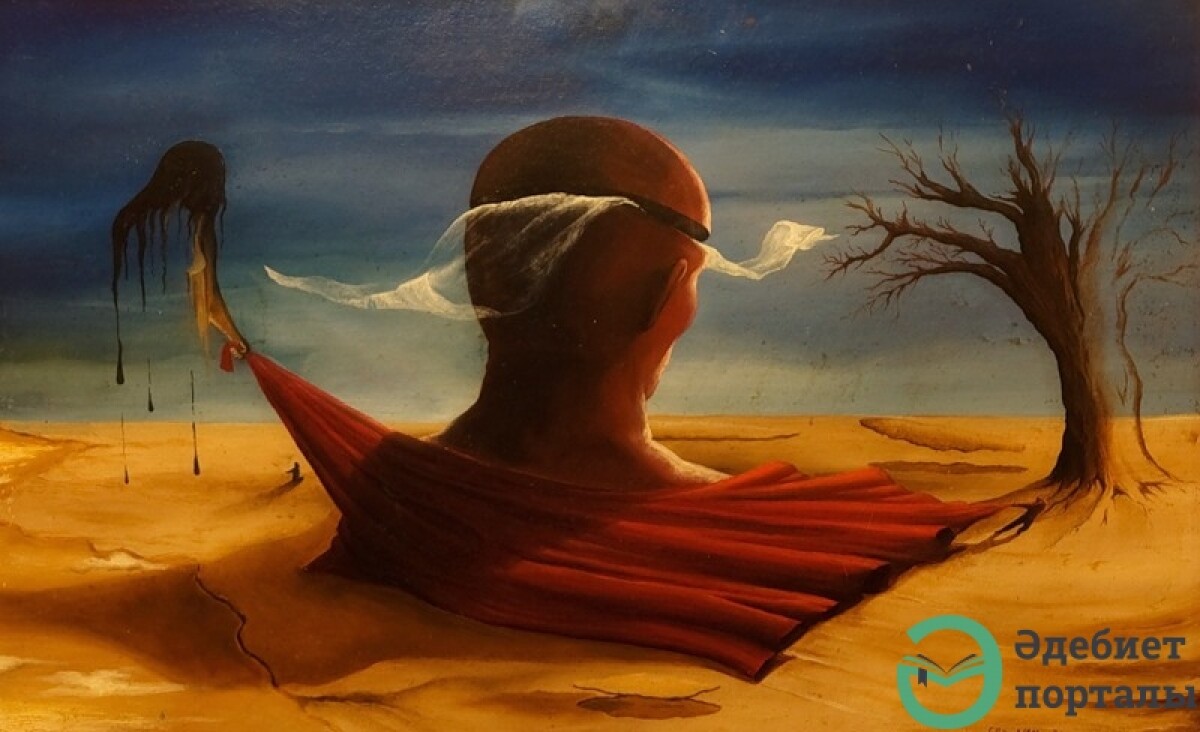 There were perpetual wars between the nomadic peoples who inhabited the Qazaq Great Steppe many centuries ago. The conquerors turned the defeated into slaves.

Juan-juans (another name is ‘Ruanruan’ or ‘the Rouran Khaganate’), who once captured most of the today’s Qazaqstan territory, were particularly cruel. They turned the captives into mankurts - people who lost their memory.

To achieve this goal they put on the captive's head a raw camel skin and left him or her without water and bread for several days in an open area.

The sun heated the raw skin, it began to tighten, and the person died from pain or went out of his or her mind, or at last lost his or her memory. Only on the fifth day the Juan-juans came to check if the prisoners survived. In practice 1-2 people out of five might survive. The remained after this terrible procedure alive people were considered to be the slaves – ‘mankurts’. Their price on local slave market of that time was very high. They cost a lot of money because they were people without memory. They used absolutely to forget about everything: their father or mother or somebody else, the only thing they knew was their owner.

Such a slave did not dream of freedom, he could do the hardest and dirtiest work and did not ask for anything. And none of his relatives and friends tried to make mankurt free, because he was a man without memory.

And the only mother, named Naiman-Ana, could not accept that fact. Her son, who participated in the battle with the Juan-juans, was captured. Naiman-Ana wanted to find her son. She dreamed of only one thing: let him be alive, let him be a mankurt who lost his memory, but only alive! She took a white handkerchief and went looking for him. Naiman-Ana walked for a long time on the Great Steppe and finally met a young man and recognized her son in him.

‘My dear son! I am looking for you!’ – she shouted – ‘I am your mother’. Suddenly she understood everything and cried. Her son did not even ask who she was and why she was crying. He had a blank incurious stare and he looked very calm. ‘You do not recognize me?’ – asked Naiman-Ana finally. ‘No’ – he answered. – ‘What is your name?’ – she asked. ‘Mankurt’ – he said.

‘It is your name now. What was your name before? Tell me, please, try to remember!’ – Naiman-Ana asked him. Mankurt kept a silence. ‘What is your father’s name? Who are you? Where were you born? Do you know it?’ – she continued questioning. But he did not remember anything and did not know. ‘What have they done to you?!’ - Naiman-Ana said quietly. ‘Do you hear me? Your name is Zholaman. Your father’s name was Donenbay. Do you remember your father? He taught you archery when you were a child. And I am your mother. Do you hear?’

But he was indifferent to what was said by his mother to him. ‘Let me see what they did to your head’, - Naiman-Ana said. ‘No’, - answered the Mankurt and did not want to talk to his mother anymore. Naiman-Ana decided to take her son home. ‘It would be better for him to live at home than in the steppe being a slave for the Juan-juans. Naiman-Ana asked her son to return home stubbornly, but he did not understand how to leave the place without permission of the landlord.

Naiman-Ana repeated over and over: ‘Your father is Donenbay! Your name is not Mankurt! Your name is Zholaman! When you were born, we had a great feast-day in our family!’. Suddenly Naiman-Ana saw a man riding on a camel. He was coming closer to them. ‘Who is this?’ – asked the old woman. ‘He is my owner.’ – her son answered. She had to leave. ‘Do not tell him anything, I will come soon.’ – said Naiman-Ana. Her son did not answer. It was not important for him. He was indifferent to her entreaties.

However the Juan-juan already saw a woman. ‘Who was that?’ – he asked the Mankurt. ‘She says that she is my mother’ - he answered. The Juan-juan shouted: ‘She is not your mother! You do not have a mother! Do you know what she wants? She wants to take your head!’. The Mankurt was scared. His face turned gray. – ‘Do not be afraid!’ – said the owner - ‘Do you know how to bow hunt? Here you are, take it?’. And he gave the Mankurt a bow and arrow.

When the Juan-juan left, Naiman-Ana сame up to her son. She did not notice that her son, the Mankurt was already preparing to shoot. The sun prevented him to shoot at her mother and he waited for the right moment. ‘Jolaman, my son!’ - called an old woman. But it was too late: an arrow shot her right in the heart. It was the death blow. Naiman-Ana started to fall, slowly. But earlier a white handkerchief fell from her head, turned into a bird and flew with a cry: ‘Remember who you are! What is your name! Your father is Donenbay! Donenbay!’

They say that even now a person walking along the Qazaq steppe can hear this bird shouting: ‘Remember, who are you? What is your name? Your father is Donenbay!’. And Naiman-Ana’s last resting-place exists by now. It is called Ana-Beyit (Mother's rest-place).

The word ‘mother’ is a special word. It is born with us, accompanies us during our life and with this word we leave this world. We can talk about our mothers endlessly. They are the most kind, proud and courageous people in the world for us.

How many lives were saved by their hands, how many misfortunes drove out their kind words, how many brave deeds were committed by them!

It is difficult to find words that could tell about the endless love of our mothers. People make poems, songs, beautiful legends and serious books about mothers.

This story is based on a real life events and a Qazaq folk tale, included by an outstanding Kyrgyz writer Chingiz Aitmatov to his well-known novel ‘The Day lasts More Than a Hundred Years’ and it cannot fail to touch the hearts of readers. It undoubtedly serves as a great example of endless mother’s love.