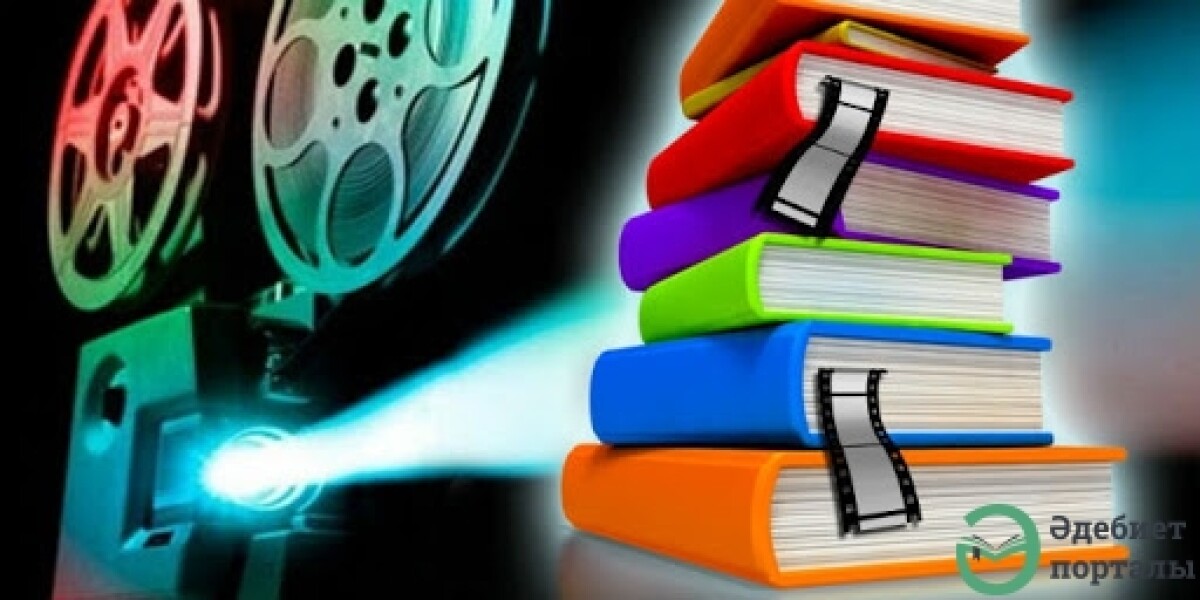 While watching a movie, you want to finish a long dialogue, and start the story as soon as possible. On the contrary, when you read a book, you run out of patience before the dialogue begins. Or while watching a movie with someone who has seen the movie before, or suffering with someone who has already read the book on which the film is based actually. The similar jokes are told about the connection between literature and cinema. Humor is the truth. However, the truth here is that it is considered as the innocent truth.

When it comes to the relationship between these two arts, there is an axiom that does not matter which chicken or egg has been created earlier. That is, if you say that the beginning of cinema is literature, then you are right. It is obvious that the first images on the screen were taken from literature. And the famous French writer Emile Zola's novel “Trap” is the first work in the history of cinema. In 1902, a short film of the same name “Trap” (“L'Assommoir” – written in 1877) was made in France. This kind of novelty in art must reach the Kazakh literature and cinema half a century later. Thus, a melodrama “Legend of Love” was shot in Almaty in 1954 at the line of the epic “Kozy Korpesh – Bayan Sulu”. It is definitely true that the script of Kazakh cinema was first written in Russian language at that time, then was shot in that language and dubbed in our native language. However, if you search for this melodrama on the Internet as the “Poem about love”, you will quickly find it. Repentance. I have no doubt that the first Kazakh filmmakers were grateful for this phenomenon. If you take into account that in the XV century, when your ancestors were shot at the enemy with a sword, Europeans planted a botanical garden and passed the law on copyright, then Kazakh cinema began to dominate the Kazakh literature in the fifties of the last millennium.

It is an axiom that has been proven a million times that a good work turns into a good picture. In Western and Eastern literature and cinema, we could not count these masterpieces overnight. For example, twenty-two films have been made since 1907 on the basis of a single novel of Leo Tolstoy “Resurrection”. At the same time, we could not be proud of Mukhtar Auezov, a giant not only of Kazakh literature, but also of Kazakh cinema. Why? Let's say. No, you bend your fingers one by one, let's count. “Raikhan”, “Shyndagy shynar”, “Karash-karash”, “Abai”, “Karaly sulu”, “Kokserek”. The works of the great Mukhan have been screened only six times in the history of Kazakh cinema. For the seventh time, in honor of the 175th anniversary of the great poet Abay Kunanbayuly, some plots of the novel “The Way of Abai” became the basis for the TV series of the same name, directed by professional screenwriter Murat Yeszhan.

In general, the Kazakh-Soviet cinematography worked hard in order to combine the literature and cinema. The result is immense. Here are just a few examples. On this day we see one of the films made by the Kazakhfilm studio of that time, at least for a pleasant dubbing. Otherwise, who would like Hamit (“Hamit, who chased the gang”, 1979), a red officer who reached the bottom of the steppe, longing for the freedom?.. You admire the Kazakh, round dialogues of the Soviet Kazakh cinema. /If your head is in the bed, why isn't your blood in Akzhayik? /, /Ata Zholy – if a young man was looking for his dream with good intentions, he wouldn't be banned. What's her name without the blood? / (“Kyz Zhibek”, 1970). There are also popular sayings such as “Do you eat meat?”, “Oh, my gosh, I'm going to die, Sultan, you're an actor”, “Two rubles are not the small amount of money, but the health is important” and there other many replicas as well.

Now let's talk more or less about the current relationship between literature and cinema. Let's combine this with world and Kazakh art. In this case, the first thing that comes to mind is the epic novel “The Lord of the Rings” by the famous English writer John Ronald Reuel Tolkien. It is not only one of the most famous books of the twentieth century, but also one of the most interesting, attractive and, accordingly, the most profitable films at the XXI century.

The “Harry Potter” series made Joan Kathleen Rowling a millionaire in literature and Chris Columbus a millionaire in cinema. In order to write an interesting story about the life of a wizard boy Harry Potter, the author must have studied the world of magicians, the art of magic, the various secrets of witchcraft and prayer over the years. Back in 1990, on a train from Manchester to London, Joan Rowling, sweating profusely among the passengers, suddenly burst into tears like the apple that fell on Newton's head. I have been writing for a long time, but I have never been as nervous as I used to be. I sat and have been thinking for four hours because of the late train. Every time I thought about it, every detail flashed through my mind, and the same dark-haired, spectacle, skinny boy who didn't know he was a magician became a real person for me”. As a result, this fantasy had become a world for children that adults can read and enjoy. What about the works of Stephen King, an American writer who was successful in both literature and cinema and became known as the “King of Fear”? There are rumors that Stephen Edwin King is writing a new film, and it seems that the directors will be queuing for a future thriller and a screenplay for the horror movie. Unfortunately, "Killer's Drink", Bakhytbek Kadyr's "Majusi" or Duman Ramazan's "Demon" by Askar Altay were ready-made screenplays and ready-made thrillers.

In general, the world's filmmakers, who have a taste of literature since ancient times, do not look for the scripts. Leaving aside the classics, they will capture a literary work that shines today, and tomorrow they will turn it into an artistic, spectacular picture. And what about us?

As you know, the film “Talan”, made by the famous writer, Zhusupbek Korgasbek, was discussed at night. Directed by Bolat Kalymbetov. Thus, despite some criticism, “Talan” was very popular. And let's take the short film “Oliara” by one talented director Elzat Iskander. The film “Oliara”, that won an award at the International Film Festival in Busan, South Korea, was shot by Oralkhan Bokei. So, when it comes to the connection between modern Kazakh literature and cinema, we avoid wiping our mouths.

In the meantime, we would like to take a break and present a short interview with Nazira Mukushova, a film critic and professor at the Kazakh National University of Arts, who is well-known as a sauce on the topic. 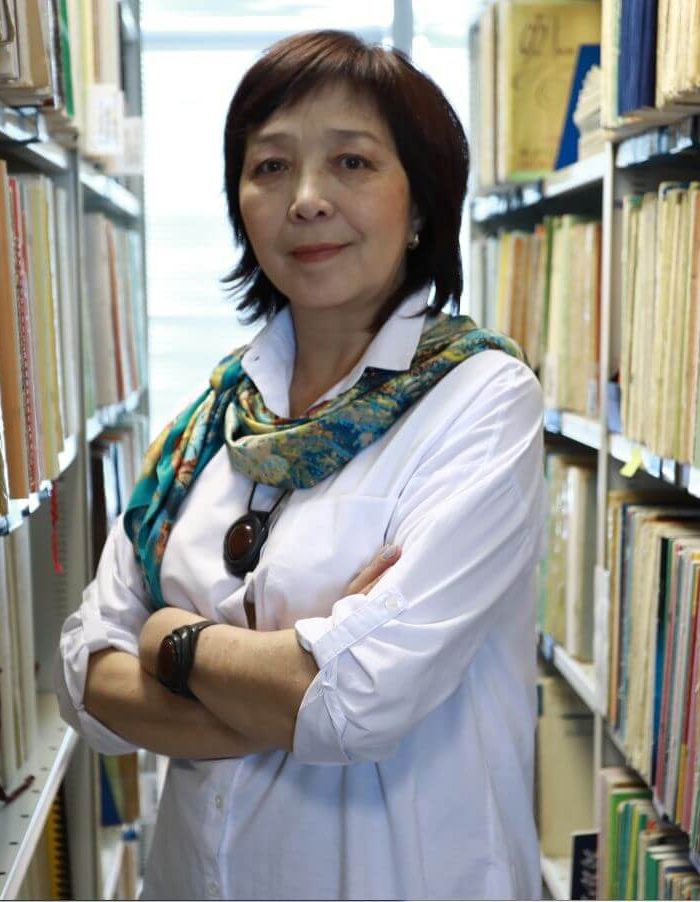 - The question we are interested in is the level of connection between modern Kazakh literature and cinema.

- In general, this is the connection between literature and cinema under the Soviet government, and the trend has continued since independence. One of the proofs of this is the screening of the White House. As you know, Smagul Elubay's novel “White House” was screened by the famous director Damir Manabayev. The film “Zhansebil” was made based on the famous story of Zhusupbek Khorgasbek. After that, a lot of short stories, both foreign and our own Kazakh literature, were screened as well. And now, in the last two decades, the film director Darezhan Omirbayev L.N. The film “Shuga” is based on Tolstoy's novel “Anna Karenina”. He made the film “Student” is based on F.M. Dostoevsky’s novel “Crime and Punishment”. Why didn't these works – “Shuga” and “Student” come to life twenty years ago? Why wasn't it filmed thirty years ago? I want to answer the question of why he was born in previous years. You know very well when Tolstoy and Dostoevsky wrote these works. You know what Russian society was like when these works were born. Therefore, according to Darezhan Omirbayev, the time and society of the birth of these two works, the mood of the people at that time, correspond to our time...

- And now why Darezhan's students do not work like their teachers? In terms of combining literature and cinema?

- When Kazakh cinema just started, did the Kazakh writers deal with it? There is Beimbet, Auezov, and Musrepov ...

- And they were the first film critics...

- Yes ... For example, when the first film studio “Vostokkino” was opened in Almaty in 1929, Ilyas Zhansugurov was in charge of its script. There are many other examples. Maybe we need to revive that process now?

SOUCE TO THE TOPIC:

- In the sixties of the last century, I saw with my own eyes an order signed by the then Minister of Culture of the USSR Furtseva. A new order states that “Writers should be involved in screenwriting, in the field of cinematography in general ...”. There is another order issued at that time, on the screening of literary works. On the basis of that order, the first film to become a movie was “Karash-Karash”. This process was interrupted during the years of independence. Why did it break? Because we do not pay attention to the script. The script seems to have been forgotten. Nobody says that now. Everyone says it's the finished picture of the director. And in fact, all good pictures are based on the strong script.

P.S.: Summing up the story, if you are a director looking for the good screenplay, we would recommend reading the Literary Portal. For example, do you need a drama “Tragedy of Kordemshe” by Saule Doszhan, a detective called “In the thick fog ...” by Assem Zhumakan, or the comedy “Medal” by Kanat Tleukhan, maybe you want to make a film in the genre of mysticism called “Barsik” by Maksat Malik? Please. Everything is available on the literary portal.