Home LITERARY PROCESS ESSAY On the path of Gabit Musrepov... 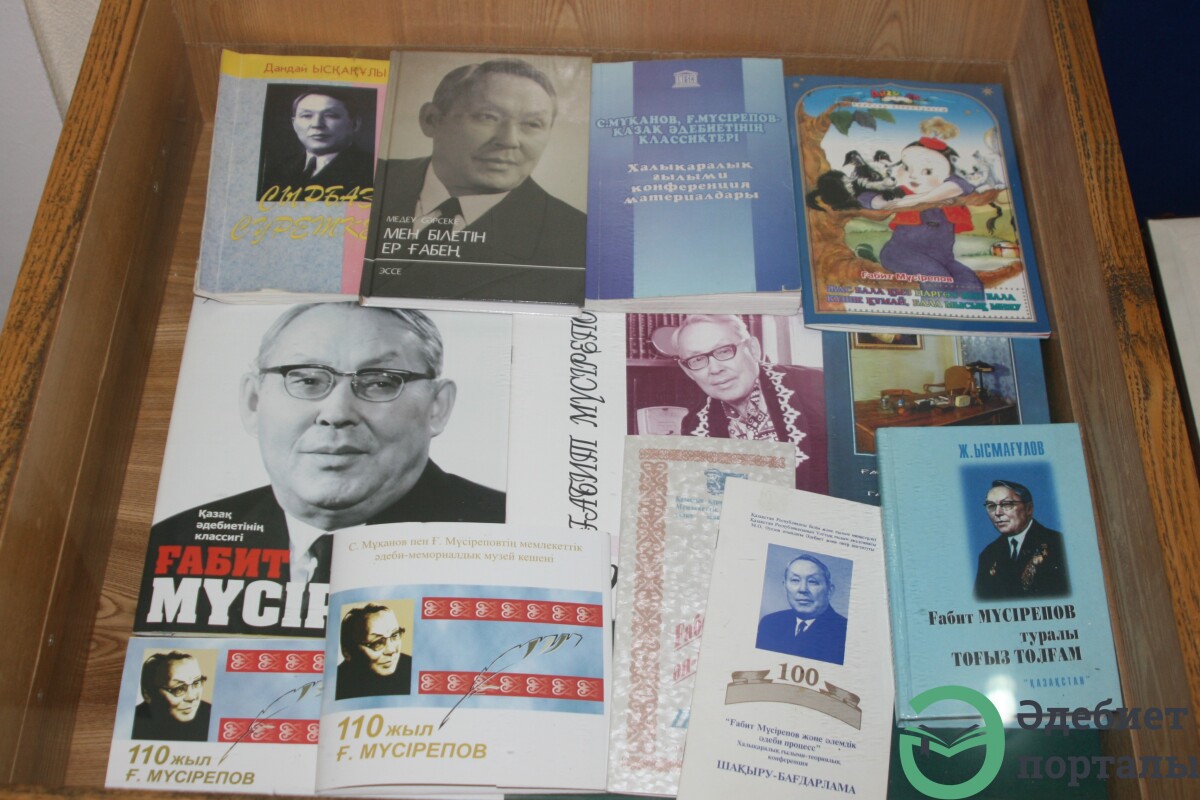 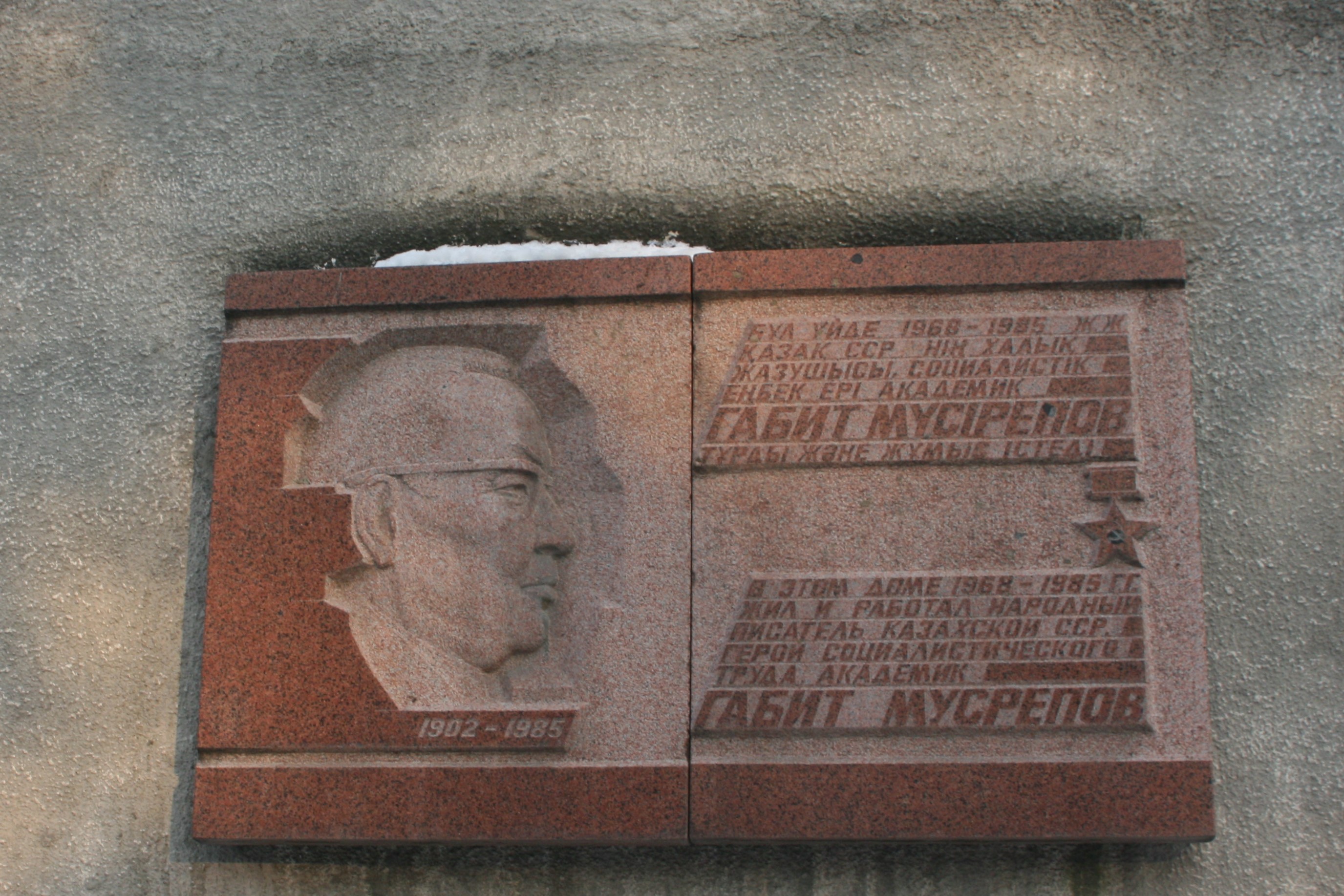 There are two parts in the museum. In the literary part of the museum the exhibits telling about the life and art of the writer are located. In the memorial part – the study and the bedroom.

G. Musrepov was born on 22 March 1902 in a village of Kostanay region. From 1923 to 1926 he studied at the Faculty of Workers in Orenburg, and then at the agro-economic institute at Omsk.

One of his first teachers was Beket Otetileuov, who wrote the recommendation to young Gabit to enter Kostanay training college. 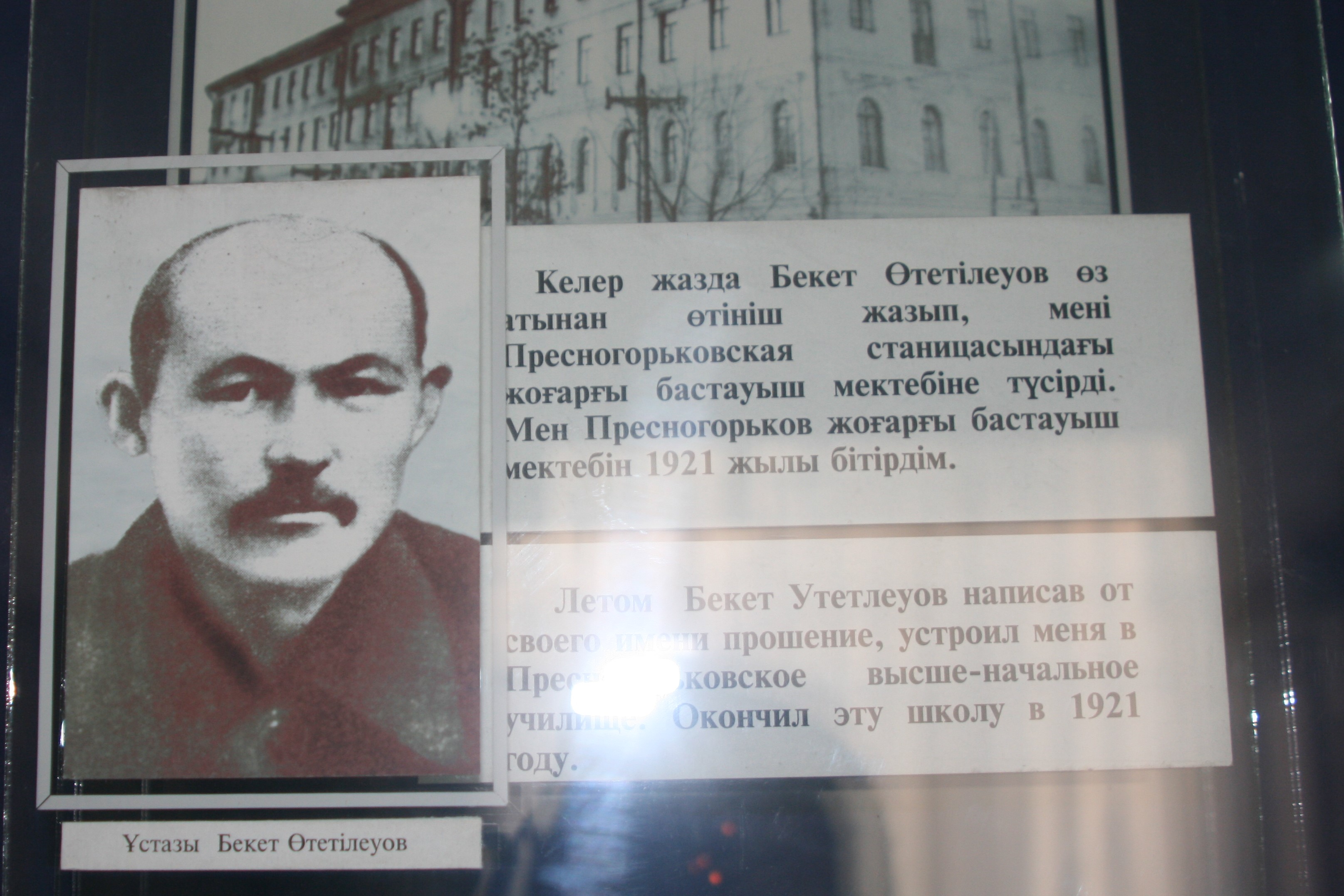 His first story was “To the abyss” (“V puchine”) in 1928 about the events that occurred during the Russian Civil War in 1918-1920. In 1928, he collaborated at the literary journal “Jana-Adabiet”. Among his works the special one comes to be “Kyz-Zhibek”, the first libretto to a Kazakh opera and “The tragedy of the poet” (“Tragediya poeta”), written in 1958 (first version titled “Akan seri Aktokty”, 1942) about the tragedy of Ajani, a Kazakh singer and composer of the 19th century. 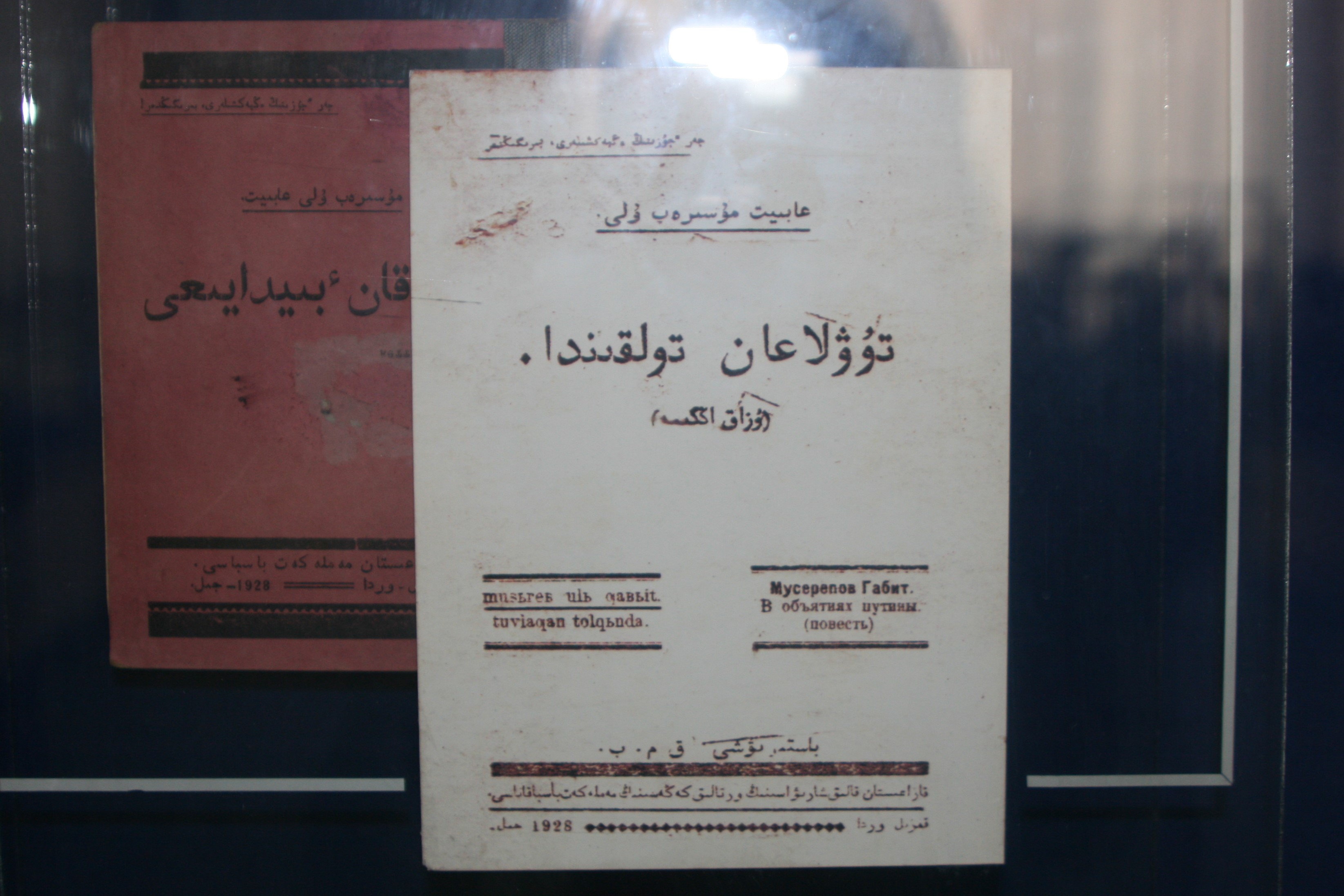 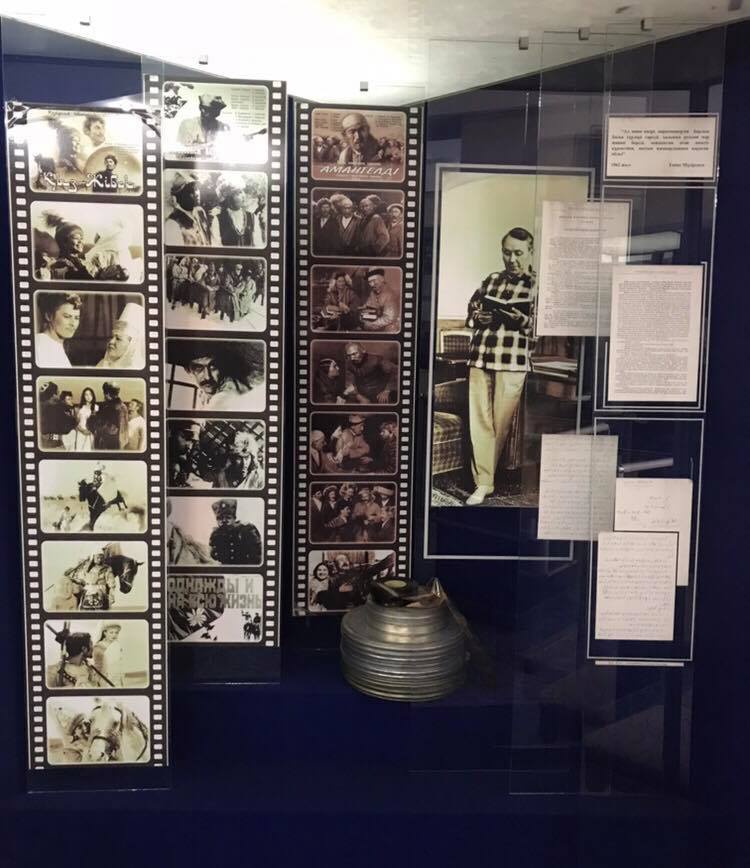 Many of his works he devoted to the theme of a mother. In fact, he was inspired by the picture “Black Madonna” which he bought while visiting Carl Gaiek’s exhibition. 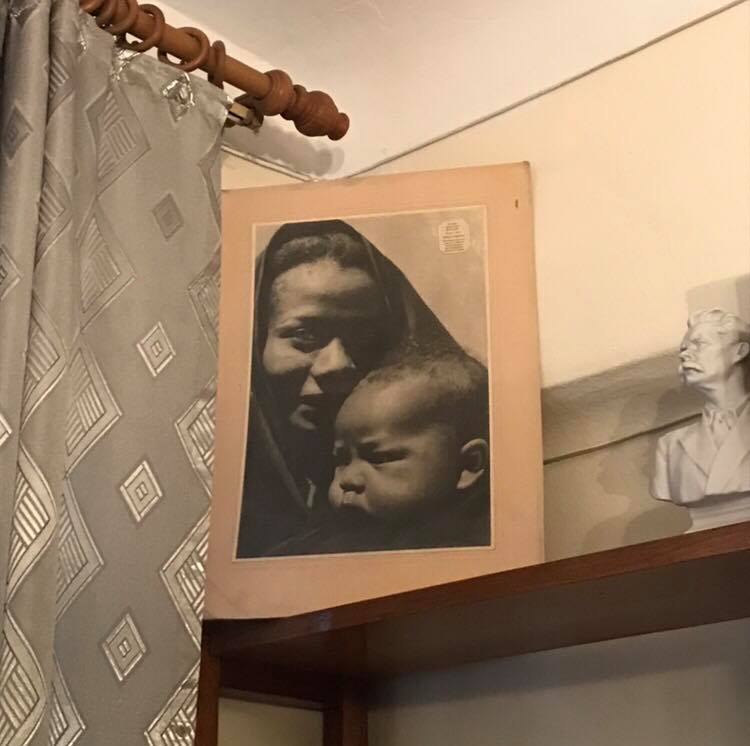 Gabit Musrepov had neither the second nor the third sample of his works. He wrote only in pencil and erased the moments he wanted to correct. All his works he wrote with the sense of humor. 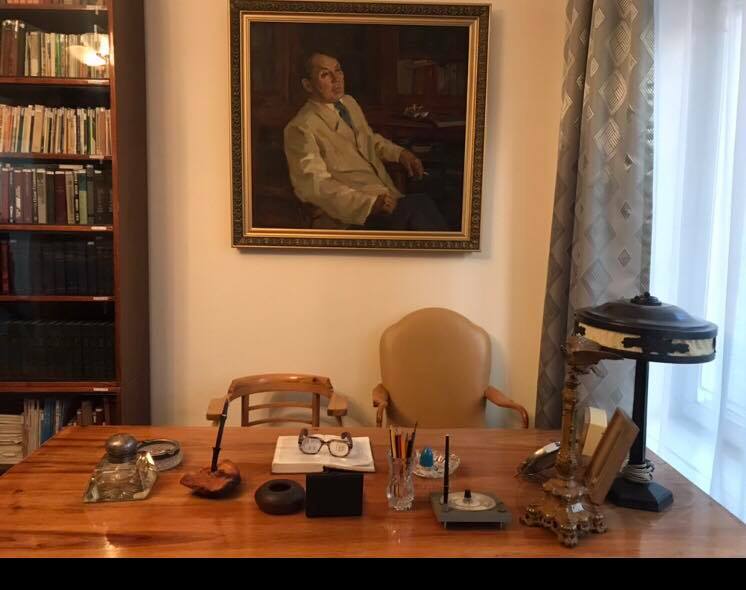 The book stock of Gabit Musrepov reaches over 2 thousand books, two times less than Sabit Mukanov’s library. More than 1 thousand books he gave out to his motherland. 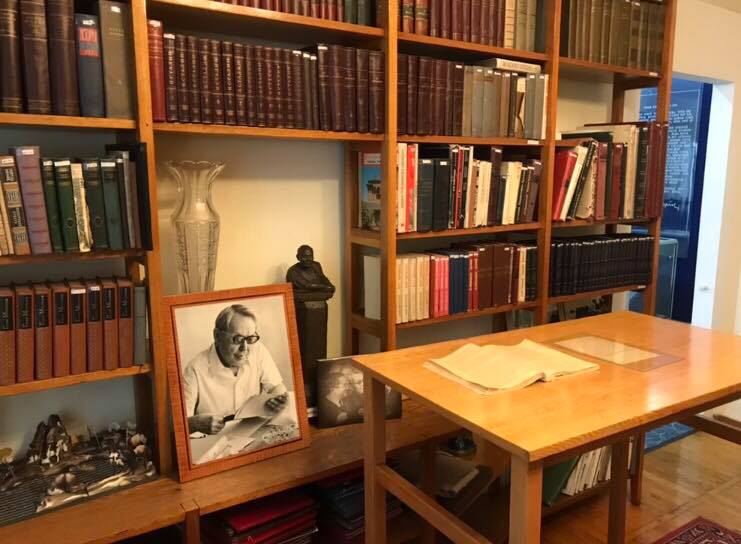 His mother Dina was a wise woman. His father Makhmut had two dreams: to become rich and give education for his children.

He was raised in an extended family. There were 7 children: 6 sons and one daughter. The elder brothers — Khamit and Sabit (died early), younger brothers — Bayazit, Ashim and Kazhim, sister —Gulsum.

The first wife Kusni Yagafurova gave birth to four girls: Engelina, Raikhan, Akmaral and Dina. She cooked deliciously and perfumed his trousers while ironing them.

The second wife was Raisa Mukhamedyarova. She was 37 years younger than Gabit Musrepov and gave birth to two daughters: Gulnar and Gaukhar. They lived together for five years. After being divorced the writer bought her two-room apartment. Now, R. Mukhamedyarova is 85 years old.

Gabit Musrepov had three passions in life. They are the collection of the wooden sticks (he gathered them in the forest abroad), the billiard (he was called the King of billiards) and hunting. He also played preference and smoked a lot. 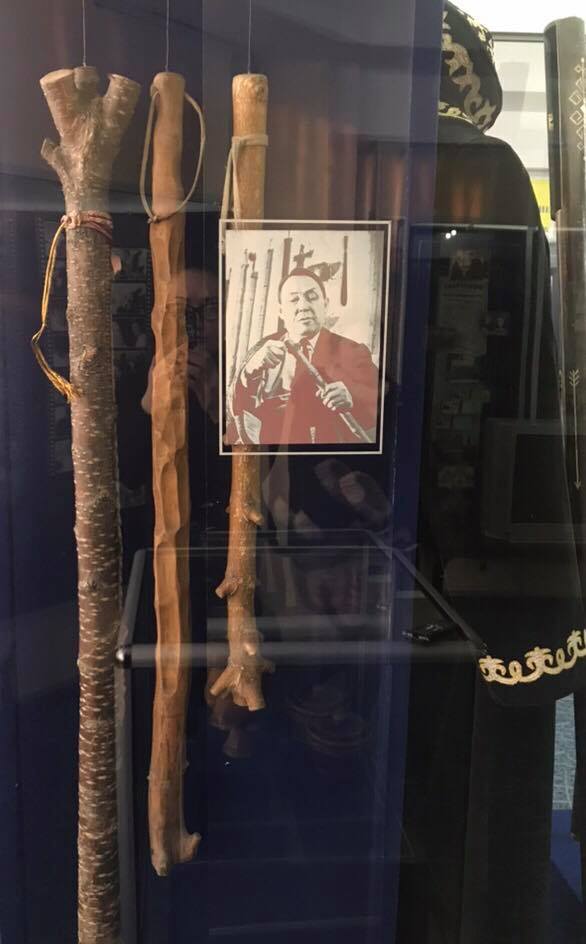 After himself he left two heroic deeds: 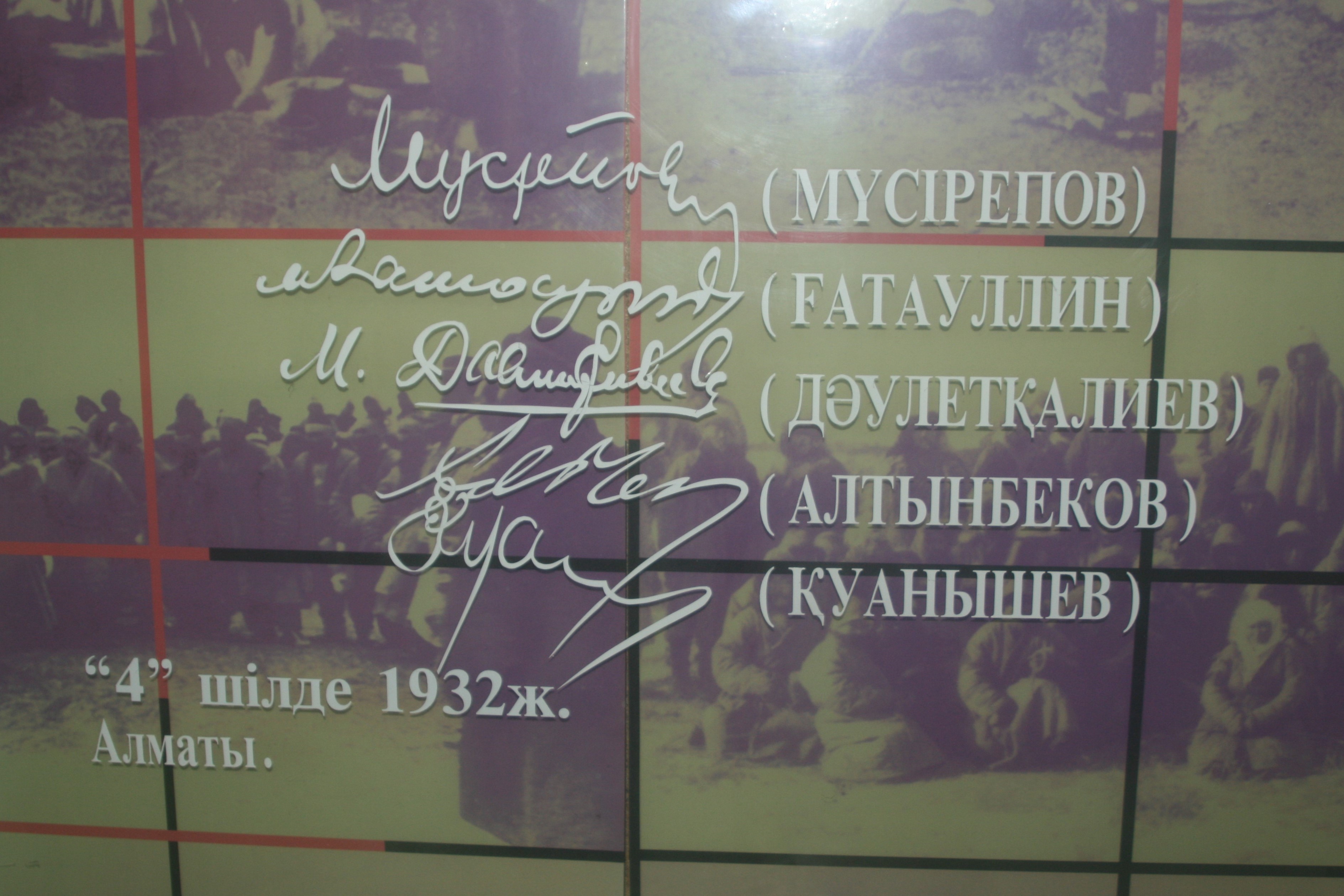 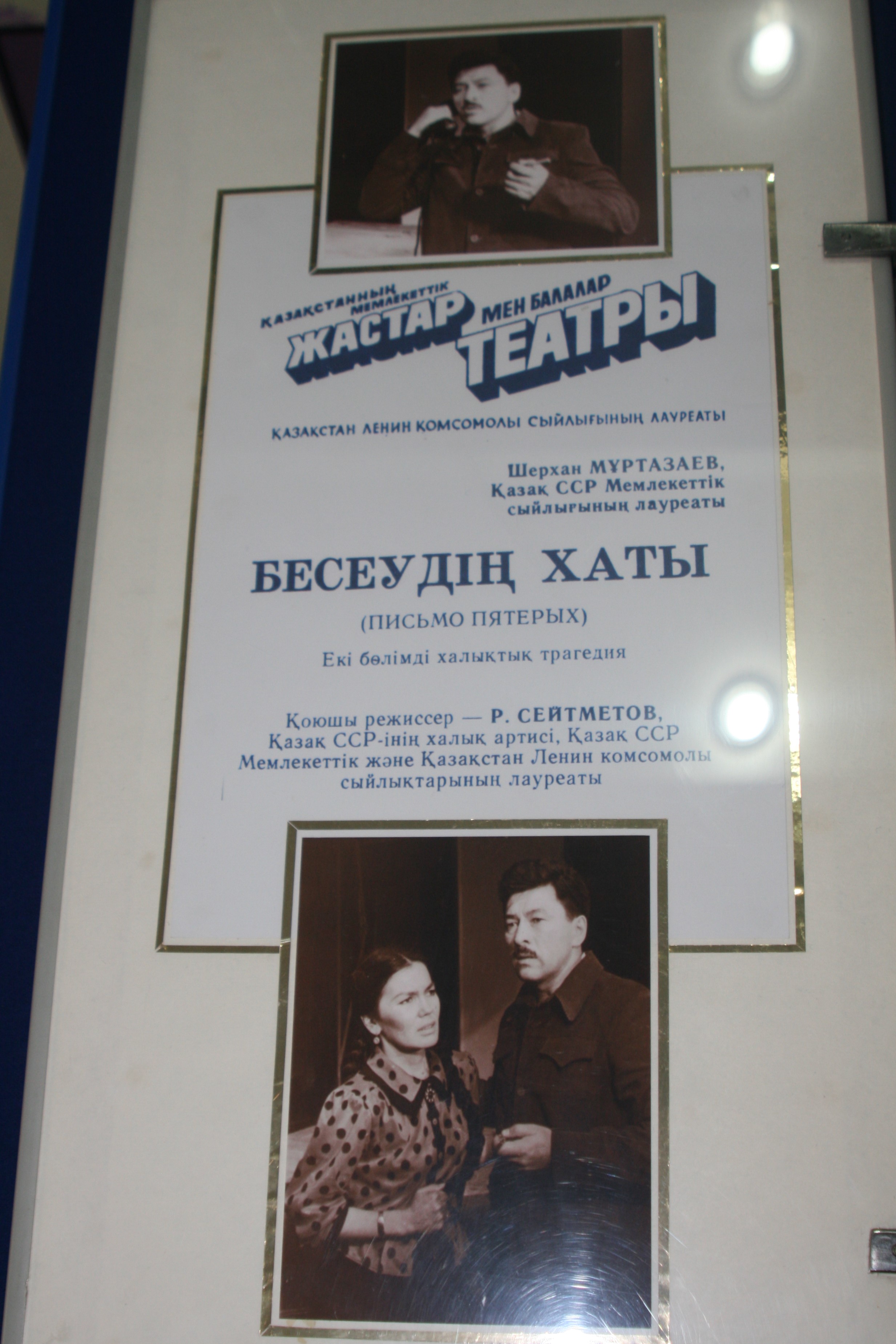 2) His article in the newspaper “Egemen Kazakstan” (1937), in which he spoke up for Beimbet Mailin. He said, “Once Beimbet is the enemy, arrest me as well”. But, unfortunately, Beimbet was arrested. 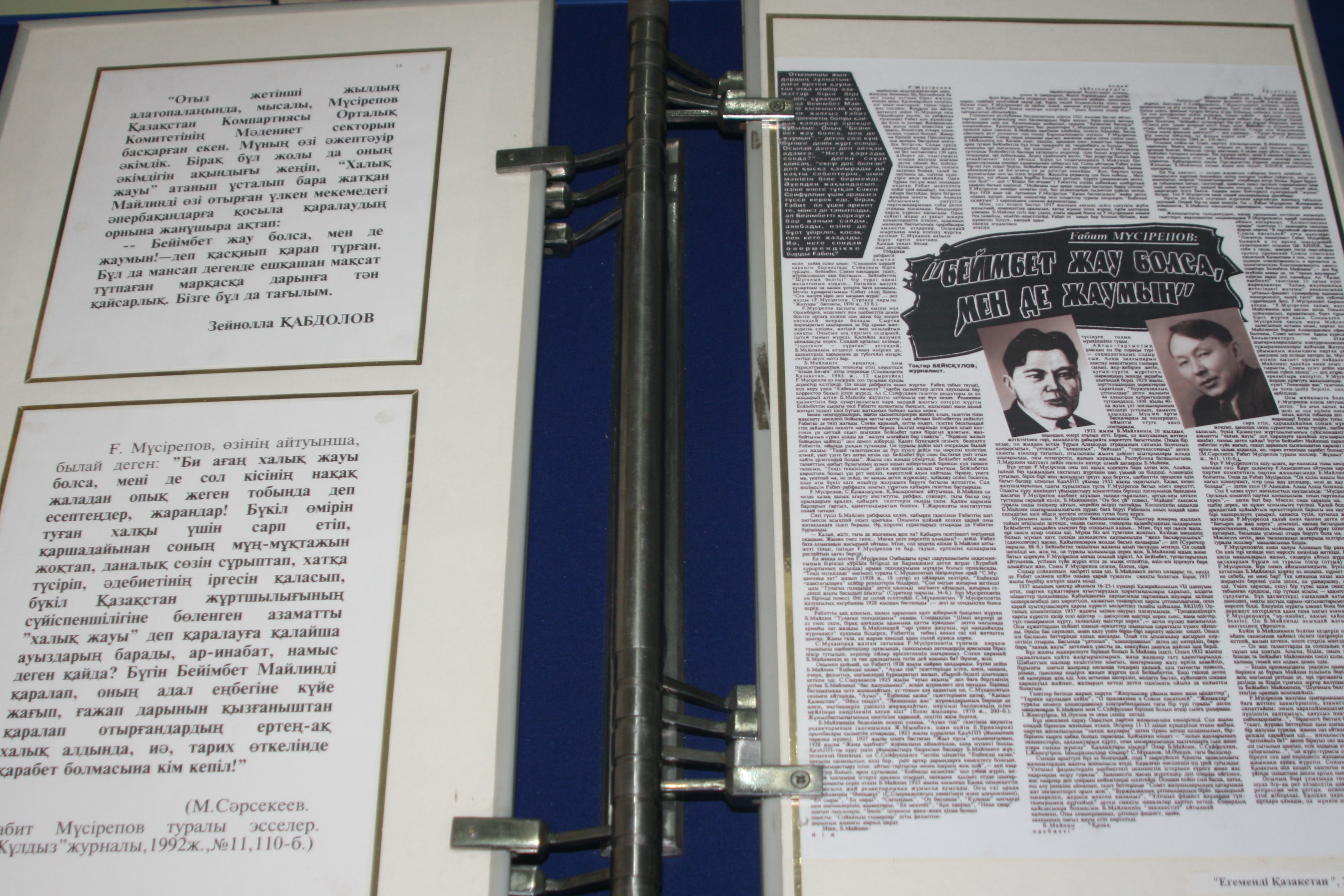 He traveled a lot, because he was a member of the Commission on the Protection of the World. He got many special presents, among which was the mammoth’s wool. Mammoth was taken from the deed sea. 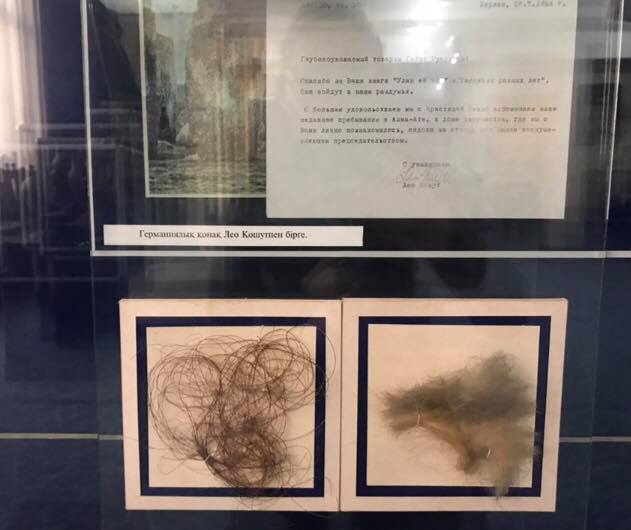 He kept diaries. There were about 300 of them. The writer Abdilkhamit Narymbetov published one diary with the most important moments of G. Musrepov’s life in 1994. 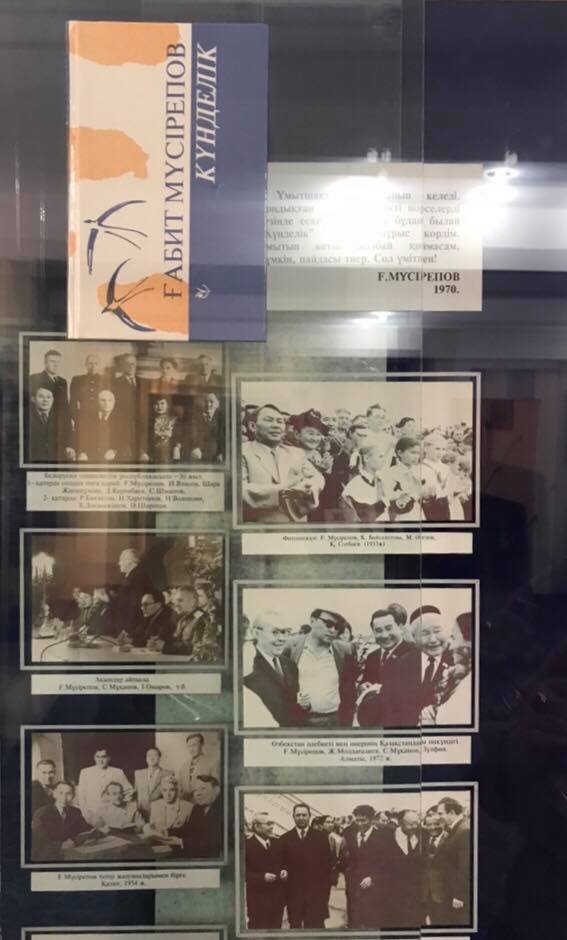 Gabit Musrepov had friendly relationship with Saken Sefullin, who gave out one room to him to live for a while, Beimbet Mailin, who worked with him in the newspaper, Sabit Mukanov, with whom he had multiple connections. G. Musrepov’s mother was S. Mukanov’s godmother; they were in-laws (Mukanov’s son Arystan married Musrepov’s elder daughter Engelina); they lived in neighboring villages and studied together.

His last months he spent writing at the high desk. 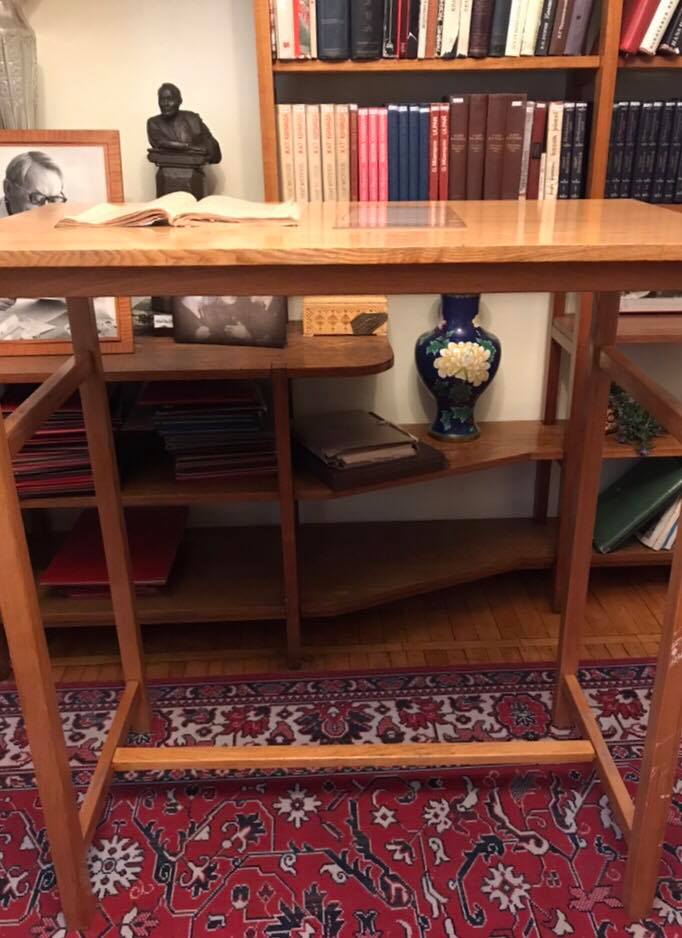 On 28 December 2017, Alzhapar Abishev and Mukhtar Shakhanov wrote his last letter exactly as told. In three days, on 31 December 1985, at the age of 70 he died.