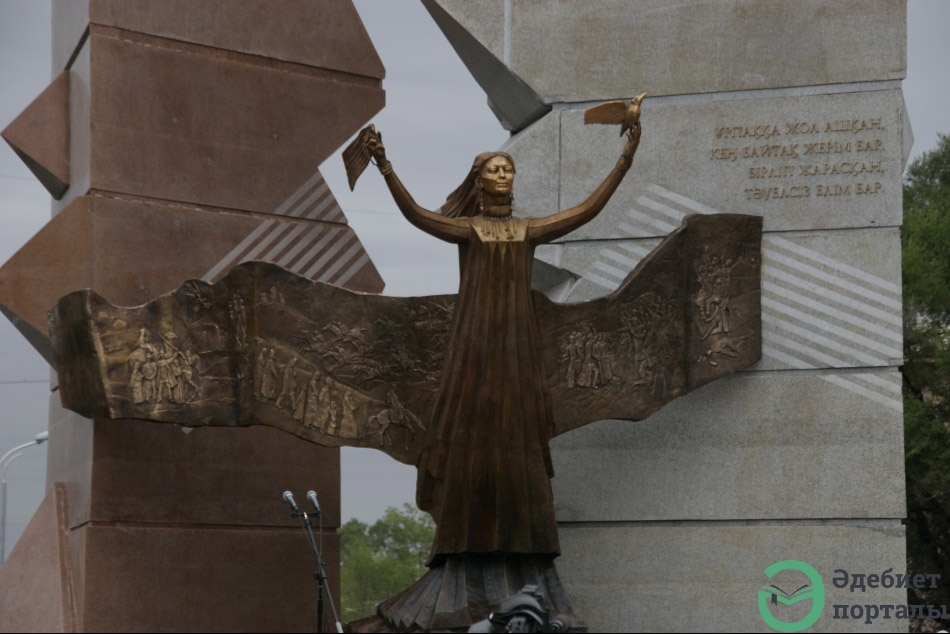 This year marks the 35th anniversary of the events of December 1986 in Almaty, that shocked the world and led to the independence of the modern CIS countries, including Kazakhstan. Our country aims to celebrate a significant date in the history of sovereignty at the state level. In this regard, we would like to reflect on the events of December, that is, the emotions of three writers who wrote on the same topic.

I say it's not mine, inwardly disgusting…

A science of psychoanalysis writes that if the wound in the minds of the whole nation is not healed in time with the change of generations, if the wound is not healed in time, the bottom of the wound will rupture again. We are a nation that has fallen to the certain extent. We are a nation with a heavy scratch on our national consciousness. Not to mention the unrequited revenge, we have a country that has fallen to the point where it cannot bear its own tragedy. This is not to soften the nation. It is self-reflection. It is the bloody December of our national wound, that is getting worse and worse every year, and we do not feel it in full ... How many works have been written about the “December events?” You can subscribe. However, this poem by Esengali Raushanov has a different name. There is no pity for the bloodthirsty guys, praise and respect for the Decembrists, sung by many poets in this poem. There is a mystery in this poem, like the “December”, the truth of which has not been revealed yet. There is inevitability at the level of national interests. There is a helpless helplessness all over the body. There are cracks in the unwritten wound of national consciousness. A poet, who did not recover from his injuries, has a sore throat. “Laughs if you have to, come back, you are a son of a bitch”. How many times have you been a noble son of a mother, and your soul is as strong as a birch's gland?! Thus, there is a character of a nation that can stand up, re-create and renew itself in this poem. There is a spirit. This is the most important thing. Let's read a snippet from this work.

The vast universe is covered with snow,

You tell me it's December,

I say it's not mine, I'm disgusted,

How can I convince you?

I was the first to burn my lungs,

From his cold lips...

Kadyr Myrza Ali tells such a sad story about the hero Kassym Kaisenov in his book “Whirlpool”. Kassym Kaisenov said that after the “December events” of 1986 he wanted to call Kadyr's brother and talk to him. Then, the poet and hero will meet in the Writers' Union at the appointed time. A poet goes on to describe what happened in the secluded room of the union:

– He didn`t spare, didn't spare. Young people are being beaten! I saw it! I saw it with my own eyes! Everything! But there is no cure. I couldn't do anything. Damn my partisanship! Even the fascists could not insult him. We were not insulted! They are insulting!

– Even if we can't, God will punish! I calmed you down, Kaseke!

– They were grown once long ago. When Shayakhmetov resigned, he said, “You were a little stubborn, your freedom is over! That's it, you bastards!” – Kaseken sighed and the key stopped itself. Then, he said: – I came to say this. And say goodbye, brother!”

It is in one less world, not less than a thousand. A lifelong regret. An eternal suffering. The hero's vomit. Yes, we talk a lot like this, we talk to each other. But how much can we feel, how much can we look into the soul of the hero, how much can we experience ourselves? This is difficult, of course. Maybe he will stay where he is told, maybe he will go out with a sigh. Wow, tears of an old hero!

Let a citizen of the country always have a broken leg and a broken bone!?

Everyone has their own December

For some people, December is the last month of the year, for others, it is the New Year. Everyone has their own December. Everyone has their own honor and respect for this month. There is something wrong. This month, she wakes up every time she is born and has a complicated ulcer. “November, December and the same two months”, said the old ruler. A winter in the back takes care of in October, and in November and December it gets worse. An aura of the last two months of this year moves very differently in the depths of your soul. Every day’s life and the society around us are different, the inner barley is different as well. Something inside you boil like sugar and cools down instantly. It complicates again. It is impossible to understand what is dying inside you. In the throes of this soul, you can hear the mournful voices of our mothers and beauties with the sound of the winter storm. In the bitter cold of Akmola, in the whistling storm, especially in the white storm that blows in the twilight, I always think of my mothers in ALGERIA. I imagine the images left unburied on the white snow and blue ice. From November onwards, the congestion in your throat is exacerbated by congenital December. Beautiful as a spider, beautiful as an owl. Only 16-17 years old. Patience, pleasure, courage and courage ... pigeons crushing boots. The white puppies robbed of a dog. Swallows with burnt wings ... “Forgive us!”

when I was beautiful

I miss the day when the blue fog will rise!

pulls and plays and,

the brown hair of the girl left on the square.