Home LITERARY PROCESS ALL Roza Muqanova: I'm as busy as a camel...

Roza Muqanova: I'm as busy as a camel 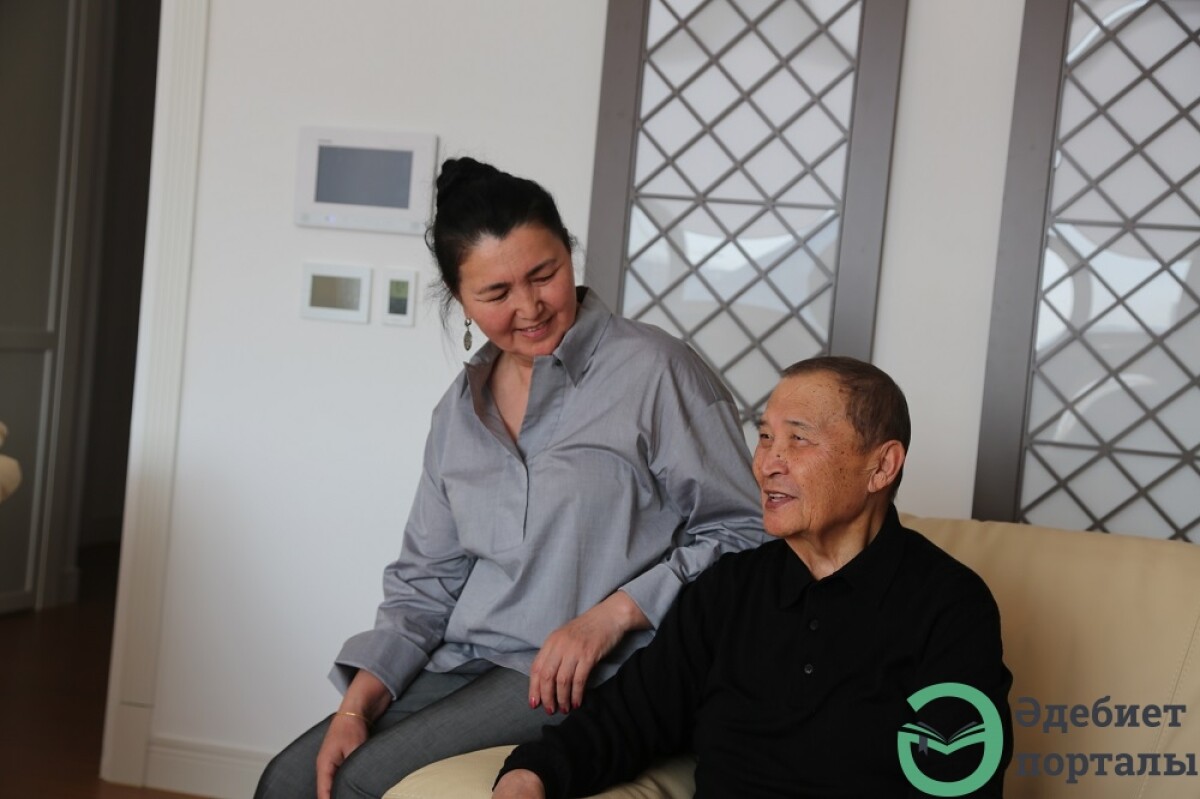 Roza-apa Kajigalimkizi Mukanova - is the book-writer, author&playwright, laureate of the Youth Union of Kazakstan, the author of four books of prose. Among them "This bright world", "Muse", the story "Angel with a devilish face", which became the same performance in the theatere drama. Auwezov and the famous film by Satibaldi Narymbetov "Laila's Prayer". Republican contest Laureate of the of playwrights (second prize for the play "The Kingdom of Cats") and the competition of the "Degdar" Foundation (second prize for the play "Muza"). The writer Roza-apai said that there are some topics. And she is as busy as a camel. She claims that people are ordering by order. She told that she have received orders, but she can not write. In her life, she only made one order she says. And it is the staging of Auezov's "Sorrowful Beauty". For her, as she said, it was suggested to Dulat Isabekov to write it down. Roza-apa thinks that he seems to have abandoned him. Then Bolat got her up as she noticed. We know that the "Sorrowful Beauty" is a classic story. That year was Auyezov's 100th anniversary. He said to her that the play was to be carried to Germany and should be written soon. So she agreed. As a play-writer, she has added a lot to this story. The performance "Auezov is a great playwright. The "Sorrowful Beauty" itself could be written, it would be corrupted, "admired scientists from the Sciences Academy of came to see. Anyway, he gave a high appraisal, saying, "You do not diminish M.Auezov's height". Roza Mukanova thinks that you will not be able to pretend that your play will not come when you play. You will be free and to write. The nature of writing is the same. She (Roza Mukanova)thinks that some writers say that they are writing a novel for a year without having to worry about being on a daily desk. She's not from that side. True, she read daily as she saying. But she's not lying to say that she writes every day. She can write a diary if she writes. When it's finished, it's not hard for her to write it down. She'll go for 5 years, 10 years before it's ready. She wrote many things at night. Now her mode (regime) has changed slightly as she noticed.